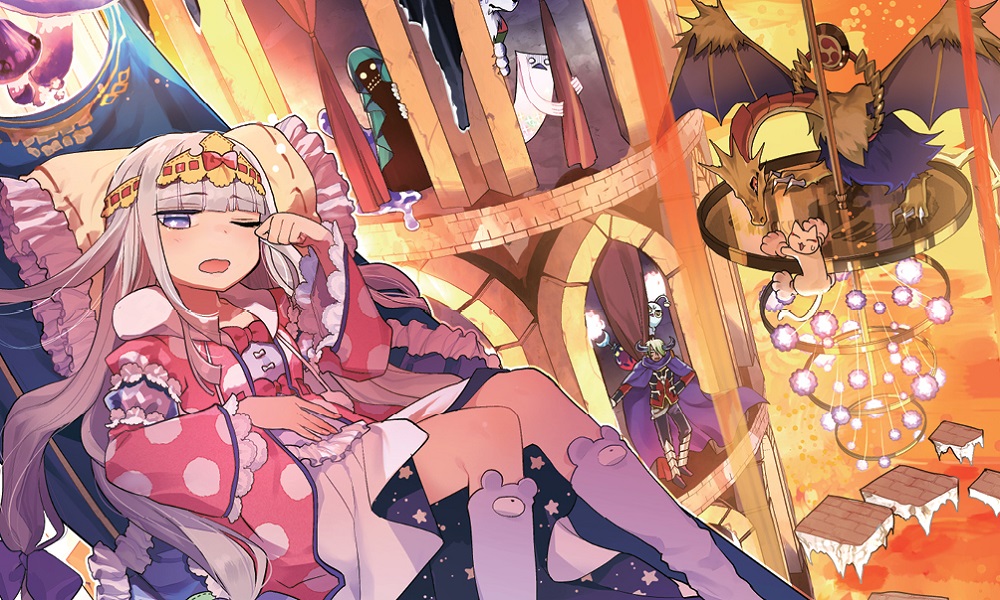 Today, VIZ Media announced that it will release the first volume of its new fantasy adventure series Sleepy Princess in the Demon Castle digitally and physically on June 12. Subsequent volumes will be released quarterly.

Kidnapped by the Demon King and imprisoned in his castle, Princess Syalis is…bored. She decides to while away the hours by sleeping, but getting a good night’s rest turns out to be a lot of work! She begins by fashioning a DIY pillow out of the fur of her Teddy Demon guards and an “air mattress” from the magical Shield of the Wind. The princess’s hapless demonic guards soon discover that their captive expects to be treated like, well, a princess. Things go from bad to worse—for her captors—when some of Princess Syalis’s schemes end in her untimely—if temporary—demise and she chooses the Forbidden Grimoire for her bedtime reading…

“The SLEEPY PRINCESS IN THE DEMON CASTLE delivers a smile-inducing mix of fantasy, adventure and comedy,” says Annette Roman, Editor. “The Demon King and his minions are in for a lot more than they bargained for when they kidnap the resourceful but sleep-deprived Princess Syalis. We invite readers to enjoy this series debut this summer!”