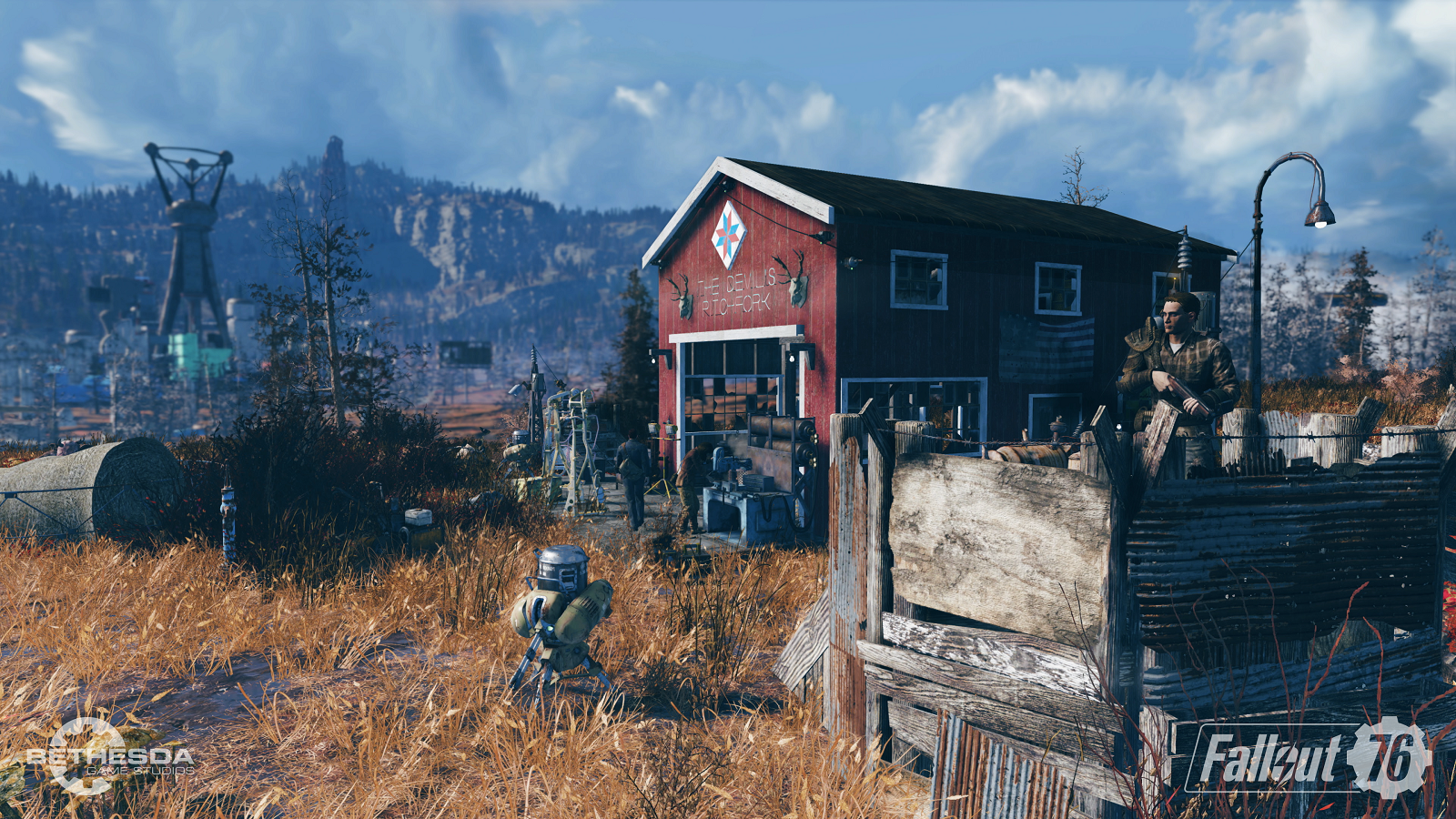 While the recently announced Fallout 76 deals with multiplayer cooperation amidst a nuclear event, Bethesda announced its team-up with Habitat for Humanity for its goal of global and community rebuilding efforts. The publisher has announced a special souvenir for fans attending E3 to support the organization, and proceeds from digital downloads of the game’s cover of Take Me Home Country Roads will go towards Habitat for Humanity as well.

Starting July 4, visit the iTunes store to purchase the Inkspots-inspired cover of the classic John Denver song “Take Me Home Country Roads” as heard in the Fallout 76 official announcement trailer. Bethesda will donate 100% of its proceeds, with a minimum donation of $100,000, from sales of the single to Habitat for Humanity to assist in the organization’s goal of transforming lives and communities through affordable housing.

E3 2018 attendees who want to start giving before July 4 are encouraged to visit the Bethesda booth (#947) in the South Hall between Tuesday, June 12 and Thursday, June 14 during show operating hours. Drop $0.76 into the Mement-o-Matic coin machine to receive a special Fallout 76-stamped commemorative penny. All proceeds generated from the Mement-o-Matic coin machine will go to funding Habitat for Humanity.