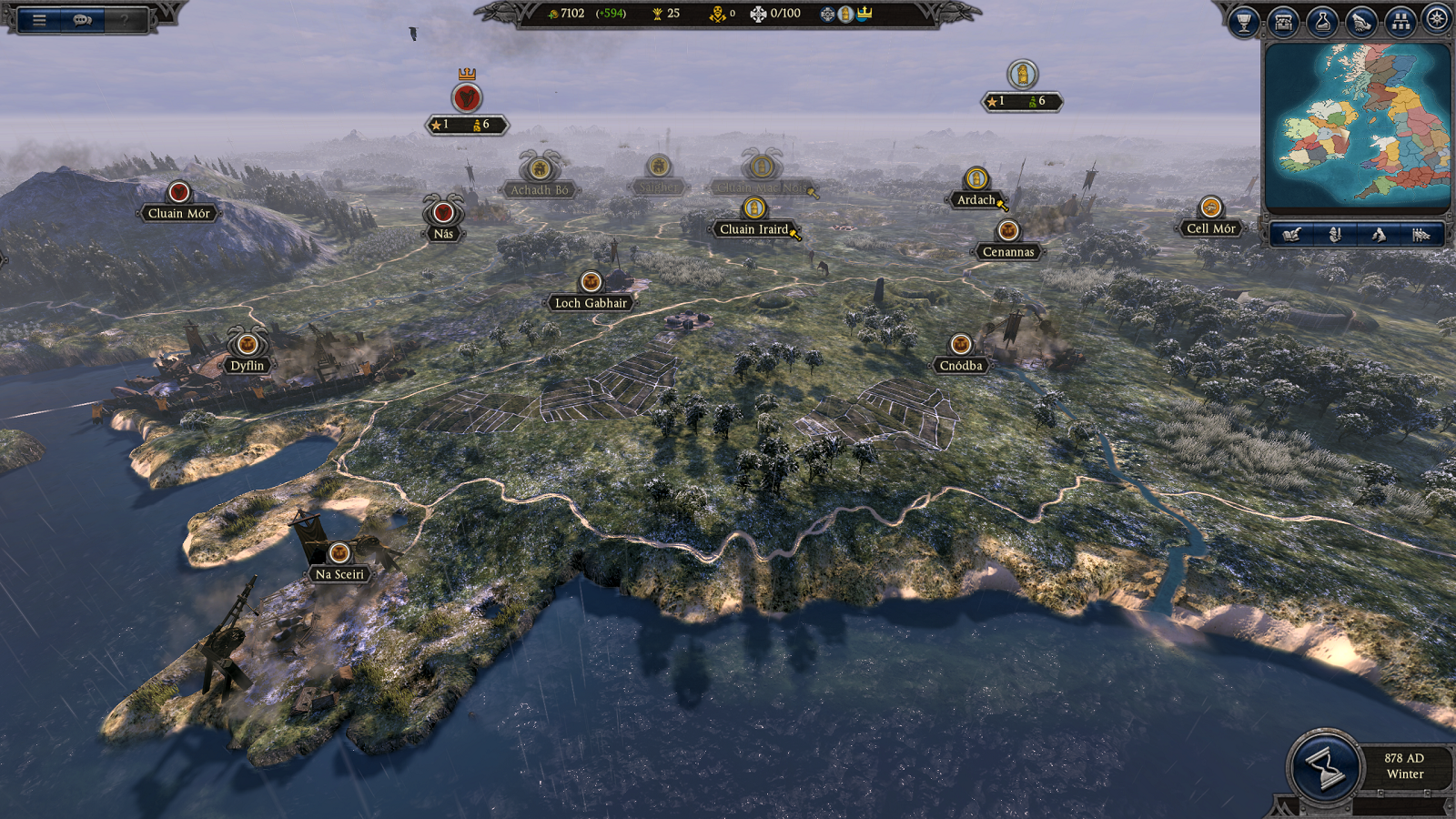 Today, Sega and Creative Assembly announced that the standalone strategy game A Total War Saga: Thrones of Britannia will be released for PC on April 19. The game will pit the English against the Vikings in one of the most detailed Total War maps to date.

The year is 878 AD, the embattled English king Alfred the Great has mounted a heroic defence at the battle of Edington, and blunted the Viking invasion. Chastened – but not yet broken – the Norse warlords have settled across Britain. For the first time in nearly 80 years, the land is in a fragile state of peace.

Throughout this sceptred isle, the kings of England, Scotland, Ireland and Wales sense a time of change approaching; a time of opportunity. There will be treaties. There will be war. There will be turns of fortune that become the stuff of legend, in a saga that charts the ascent of one of history’s greatest nations.

Kings will rise. One will rule.

Thrones of Britannia is a standalone Total War title which plunges players into the uneasy state of peace following Alfred the Great’s victory over the Viking invaders. Assuming the role of the English, the Gaels, the Welsh, the Great Vikings or the Viking Sea-Kings, player must forge alliances, manage their holdings, raise armies and embark on campaigns of conquest across the most detailed Total War map to date.

In addition to the April release, pre-orders have opened up today. Check out Kay’s hands-on experience of the game, and stay tuned for more news here on Gaming Trend.