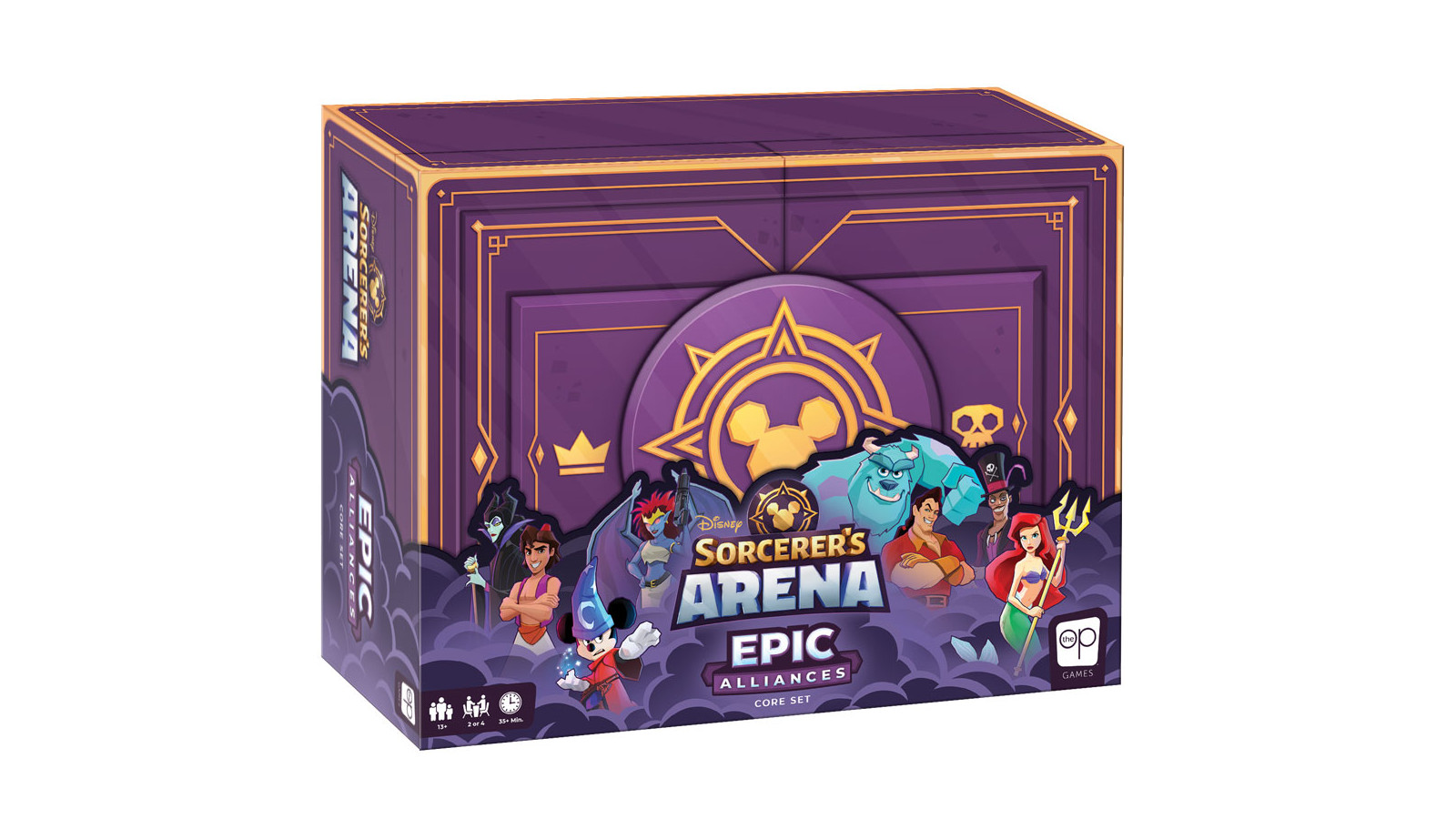 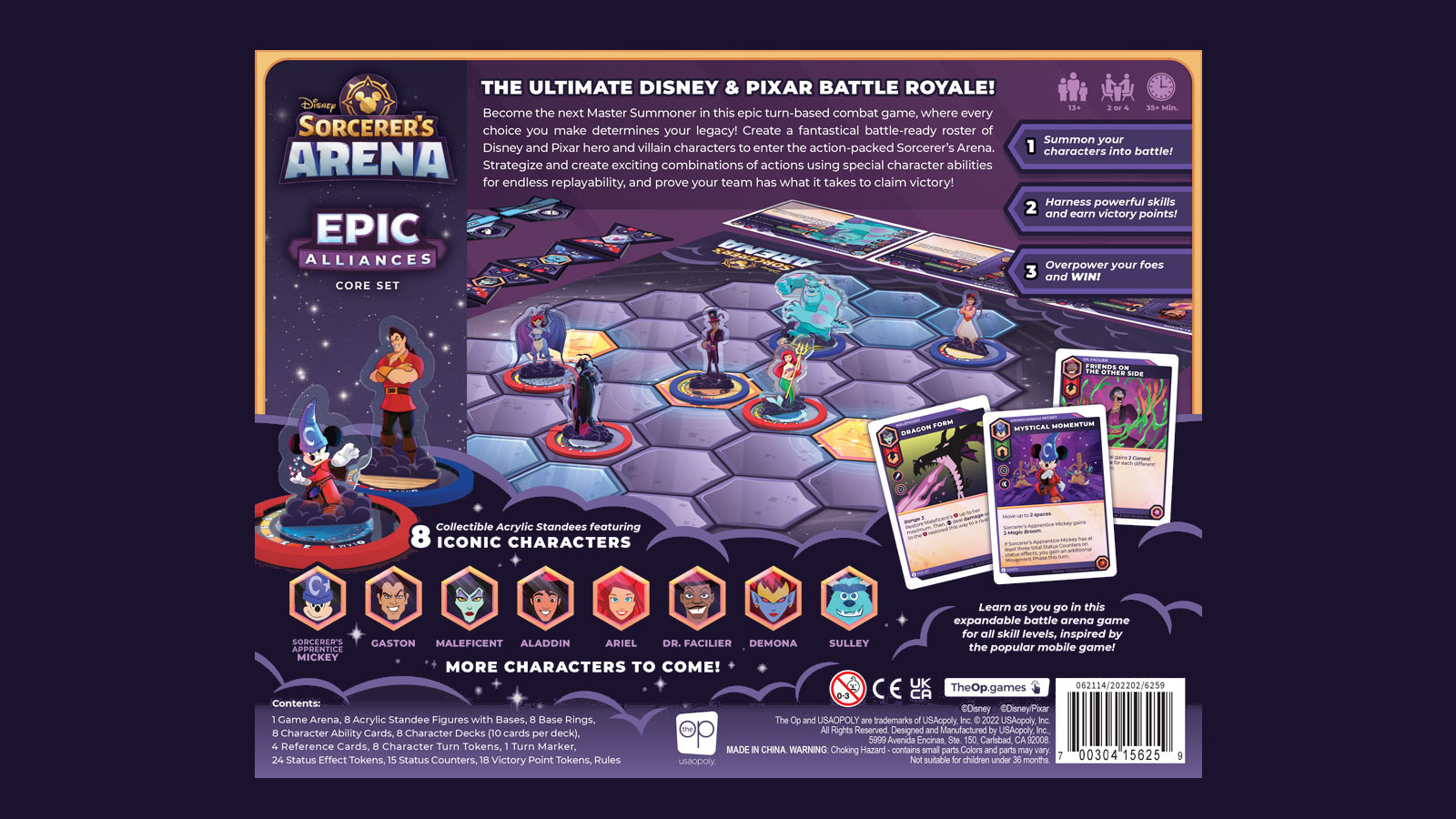 “Included with the core set is an all-star selection of eight beloved characters: Sorcerer’s Apprentice Mickey, Gaston, Maleficent, Aladdin, Ariel, Dr. Facilier, Demona, and Sulley. Players will choose 2 characters, then expand their teams as they build skills and hone strategies through a chaptered learning system, unlocking new abilities along the way.” 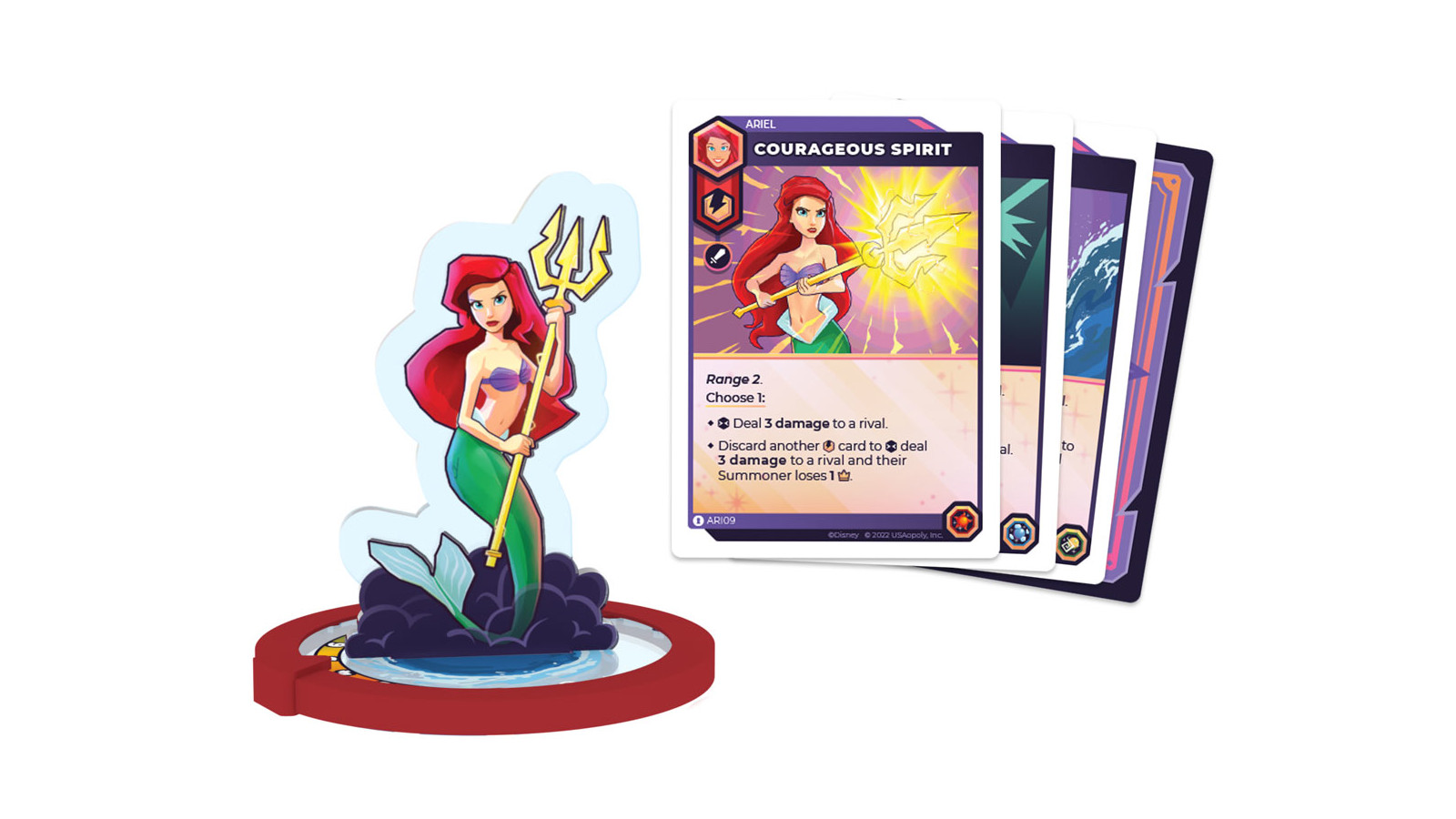 “Gaston acts as a go-to brawler with brawn, while Aladdin is great at evading attacks! Players recruit different characters and harness their skills to make the smartest moves and attacks to earn Victory Points. While strategizing their way to victory, fans will enjoy the rich character art and stylized design elements built into Epic Alliances’ tabletop components, as seen in the character standees down to the Battle Cards and various effect details.” 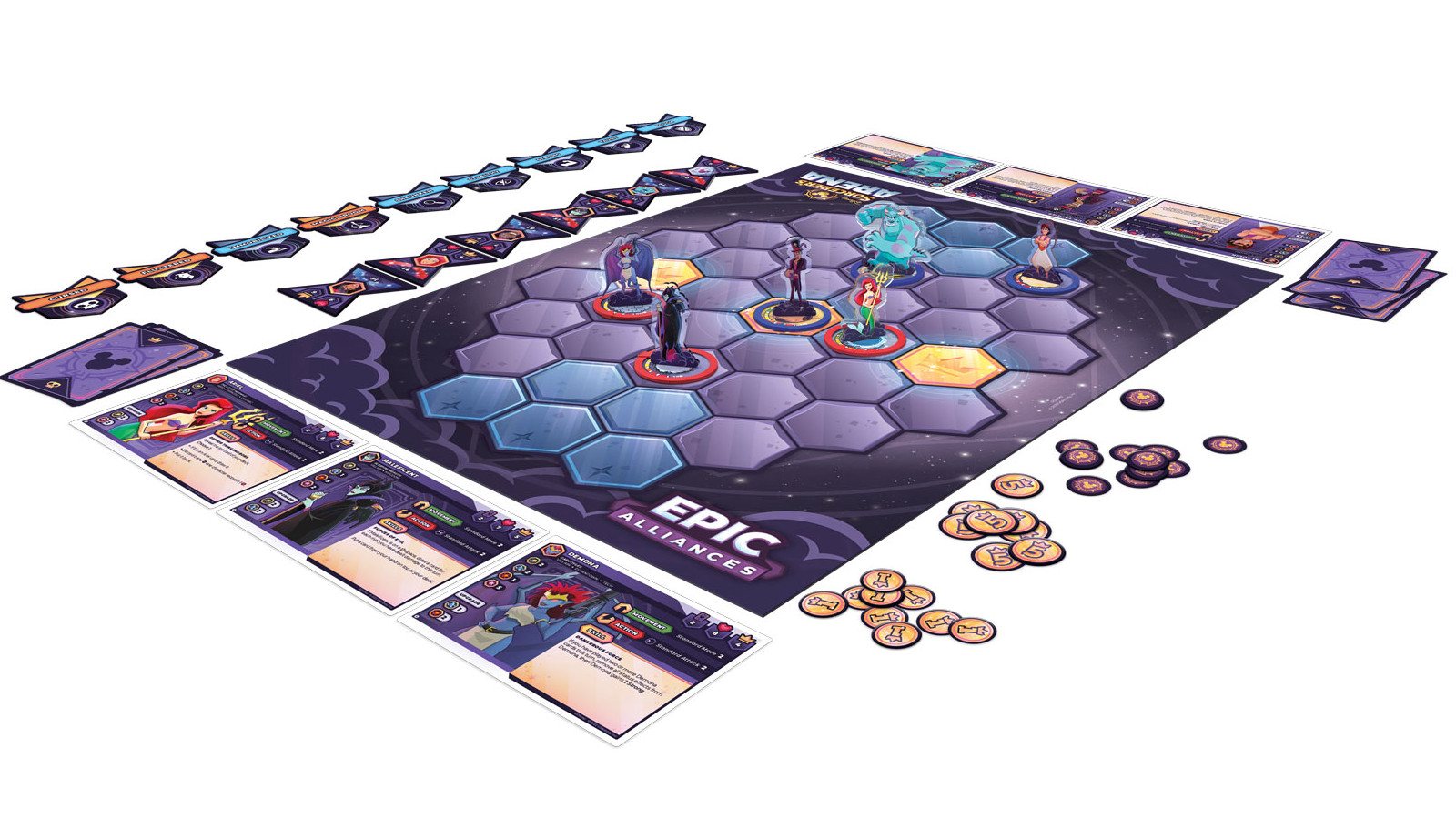 That’s not all! The Op will be releasing an expansion for Disney Sorcerer’s Arena: Epic Alliances each year!

“First up to expand the Arena will be the “Turning the Tide” oceanic themed three character-pack set that will include Davy Jones, Moana, and Stitch!”