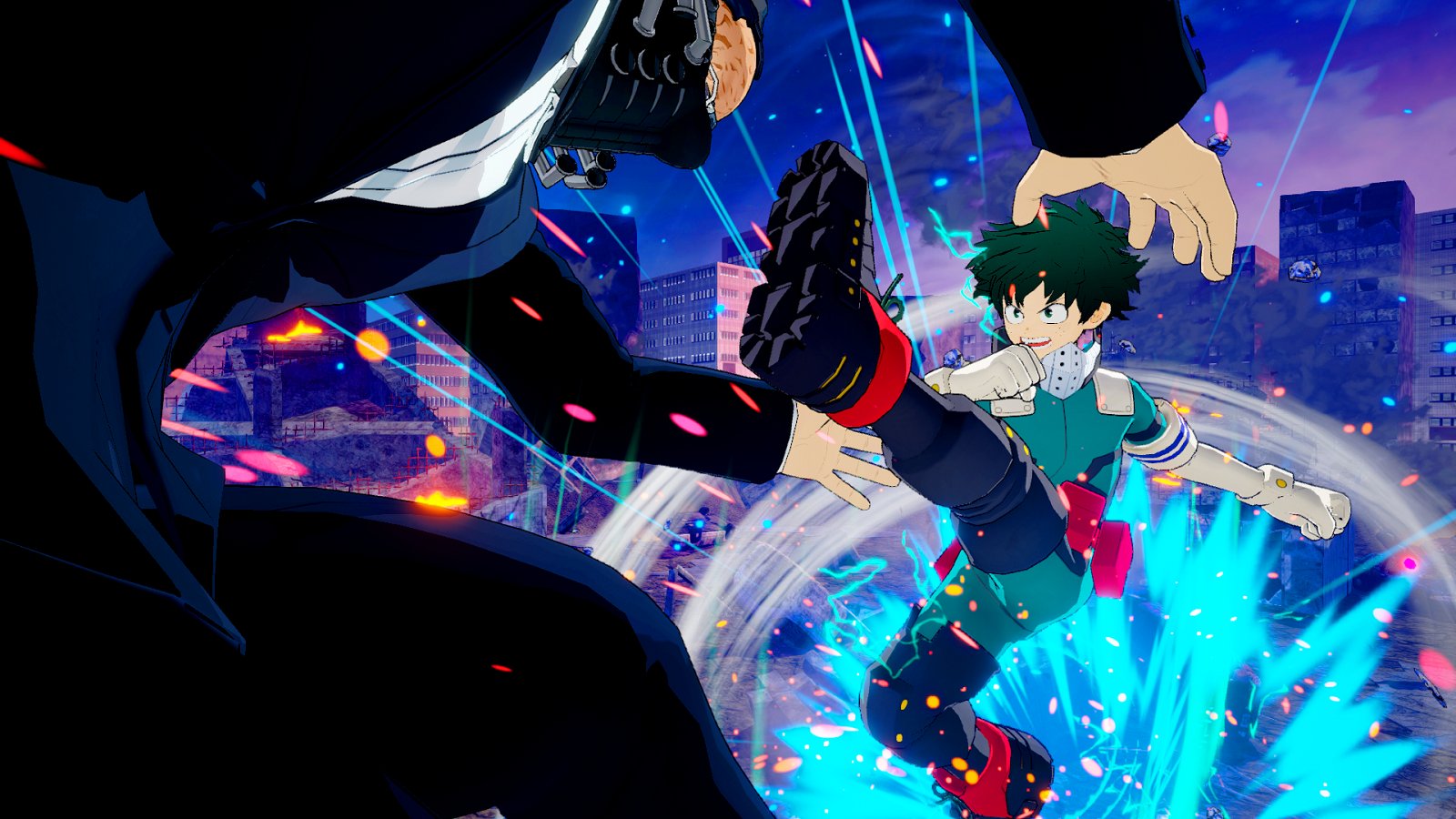 Today, Bandai Namco announced new details concerning DLC for My Hero One’s Justice, which will be released this Friday on PlayStation 4, Xbox One, Nintendo Switch, and PC. Players will be able to download Deku Shoot Style for free at launch, with Endeavor available as paid or pre-order DLC.

Fans who pre-order My Hero One’s Justice will receive Endeavor as a playable character. Endeavor is the father of Shoto Todoroki, ranked the second highest of all of Japan’s heroes, and has the highest number of resolved cases in history. Endeavor’s Quirk allows him to produce and manipulate fire at will. Endeavor will also be available as a paid DLC character for anyone who does not pre-order My Hero One’s Justice. Players can also purchase new missions for Endeavor once they have him as a playable character.

A day-one patch will update My Hero One’s Justice with an Arcade Mode. Arcade Mode is a ladder-style tournament where players will compete against several CPU opponents. Completing Arcade Mode with different characters will unlock an exclusive item.