An immersive Assassin’s Creed themed concert experience will premier on October 29th, 2022 at the Grand Rex in Paris, France. The event, called the Assassin’s Creed Symphonic Adventure, will feature music pulled from every entry in the long-running series. You can check out the announcement trailer above and read below for more info:

Over the past 15 years, the Assassin’s Creed franchise has become one of the most beloved and popular video game series of all time, becoming synonymous with rich and engrossing storytelling, spectacular recreations of worlds, and for its ability to allow players to treat History as their own personal playground.

Assassin’s Creed Symphonic Adventure features a full orchestra and choir in a unique and immersive concert experience that covers the musical journey of Assassin’s Creed from its ancient origins through to modern-day Animus settings. In this original concert performance, the narrative of the games is at the heart of the music experience. The audience will be able to follow each game with its individual musical identity, accompanied by video montages on screen, perfectly synchronized with the orchestra, choir, and soloists. 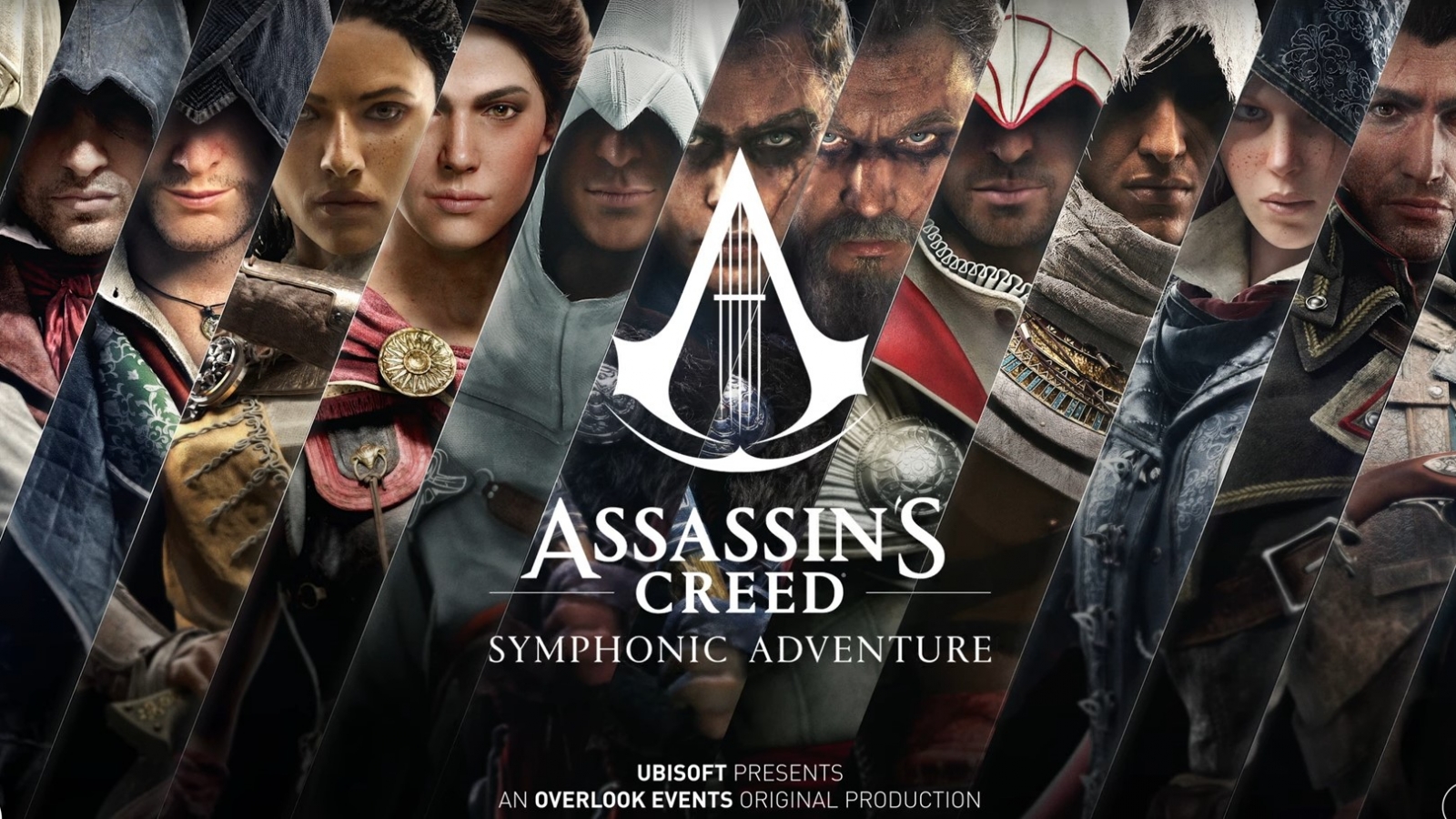 This brand-new immersive concert is developed by the dynamic team from Overlook Events, creators of the world-acclaimed Dragon Ball & Saint Seiya Symphonic Adventure concerts, alongside Ubisoft’s own creative teams.

The world premiere of Assassin’s Creed Symphonic Adventure begins in Paris, France on October 29th, 2022 at the prestigious Grand Rex in the heart of the city. This event will celebrate not only the 15th Anniversary of the game series, but also the 90th Anniversary of this historic venue! A World Tour is scheduled from early 2023 internationally during the anniversary year.

“Music has always played a pivotal role in the Assassin’s Creed experience and I’m thrilled to join Overlook Events’ Symphonic Adventures Concert in celebrating the music, mythology and rich stories of the Assassin’s Creed series. I hope you will join us for this exciting new concert production touring in 2022 and beyond.”

“This collaboration with Overlook Events will allow fans to immerse themselves in the rich and powerful world of Assassin’s Creed, as a special celebration of the 15th anniversary. Overlook brings creative expertise to put together this symphonic concert, using high-quality special effects to enhance the immersion and deliver a thrilling Assassin’s Creed experience.”