Today, Tilting Point announced that its console port for SpongeBob: Krusty Cook-Off is now available on Nintendo Switch. This version has been revamped from the original mobile game, with unique gameplay powers and additional DLC available as well as a full retail experience.

In SpongeBob: Krusty Cook-Off, players cook delicious nautical meals as they interact with Mr. Krabs, Patrick, Squidward, Sandy and many other familiar faces. Fans will visit famous SpongeBob landmarks like the Krusty Krab and Sandy’s Treedome, collect and customize outfits for their favorite characters, design and upgrade their own versions of Bikini Bottom’s seven restaurants, and cook up grub across 400 story levels on their journey to be the best fry cook under the sea. Redesigned for the platform, the Nintendo Switch system exclusive “Extra Krusty Edition,” features platform exclusives, including four unique cooking powers, challenges and additional downloadable content.

Prior to its mobile launch, SpongeBob: Krusty Cook-Off saw immediate success and fan excitement with more than 17 million pre-registered players, the strongest pre-registration performance of any Nickelodeon game ever. At launch, it was one of the top 10 most downloaded games on iOS in 97 countries, and 79 countries on Google Play — reaching the top 100 grossing in 66 countries on iOS and eight countries on Google Play. In its first week alone, SpongeBob: Krusty Cook-Off reached over 2.2 million daily active users.

“It has been great working alongside Nickelodeon, and our collaboration resulted in an incredibly successful mobile launch for SpongeBob: Krusty Cook-Off; we brought the game to PC players this past December, and now, we are thrilled to showcase the game’s potential and vibrant gameplay on the Nintendo Switch system,” said Tilting Point Co-CEO and president Samir Agili. “SpongeBob: Krusty Cook-Off is the first game Tilting Point has published on Nintendo Switch; it is a testament to our vision and commitment to expand to new mediums, studios and global audiences in order to help all our games grow. As a team, we are setting our sights toward what will be a truly huge and exciting year.” 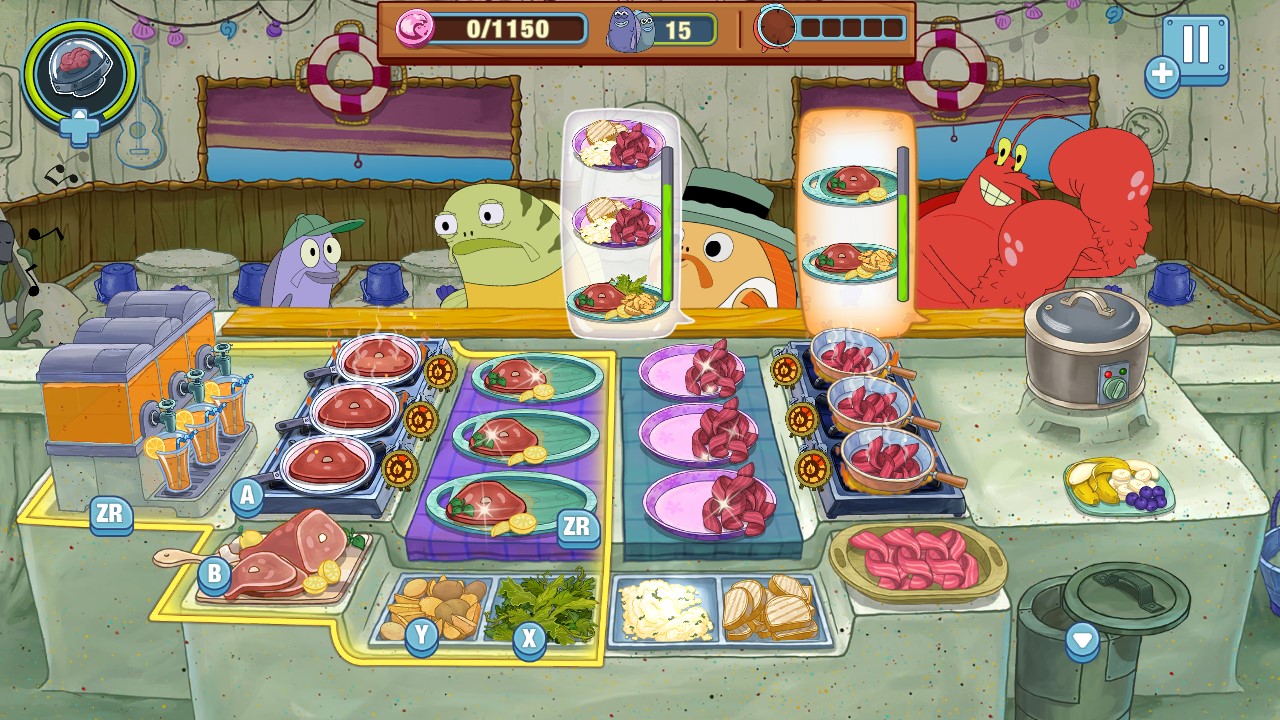 As a new-generation games partner, Tilting Point helps teams power up their existing games with its progressive publishing model, $132 million annual investment UA fund, expert resources, services and operational support. This year, the company will continue to expand its universal presence by partnering with, and offering its expertise and services to major developers across the globe. Already, Tilting Point has announced multimillion dollar partnerships with developers in Korea and Turkey, in addition to Tilting Point Russia, a new studio initiative to build a team of world-class professionals in Saint Petersburg.

SpongeBob: Krusty Cook-Off is available now on Nintendo Switch for $29.99 in the United States, Canada, Mexico and Brazil; the game will also be available in Europe and Asia in the coming weeks. The mobile version of the game is available on iOS and Android; PC players can also enjoy the game on the Microsoft Store.