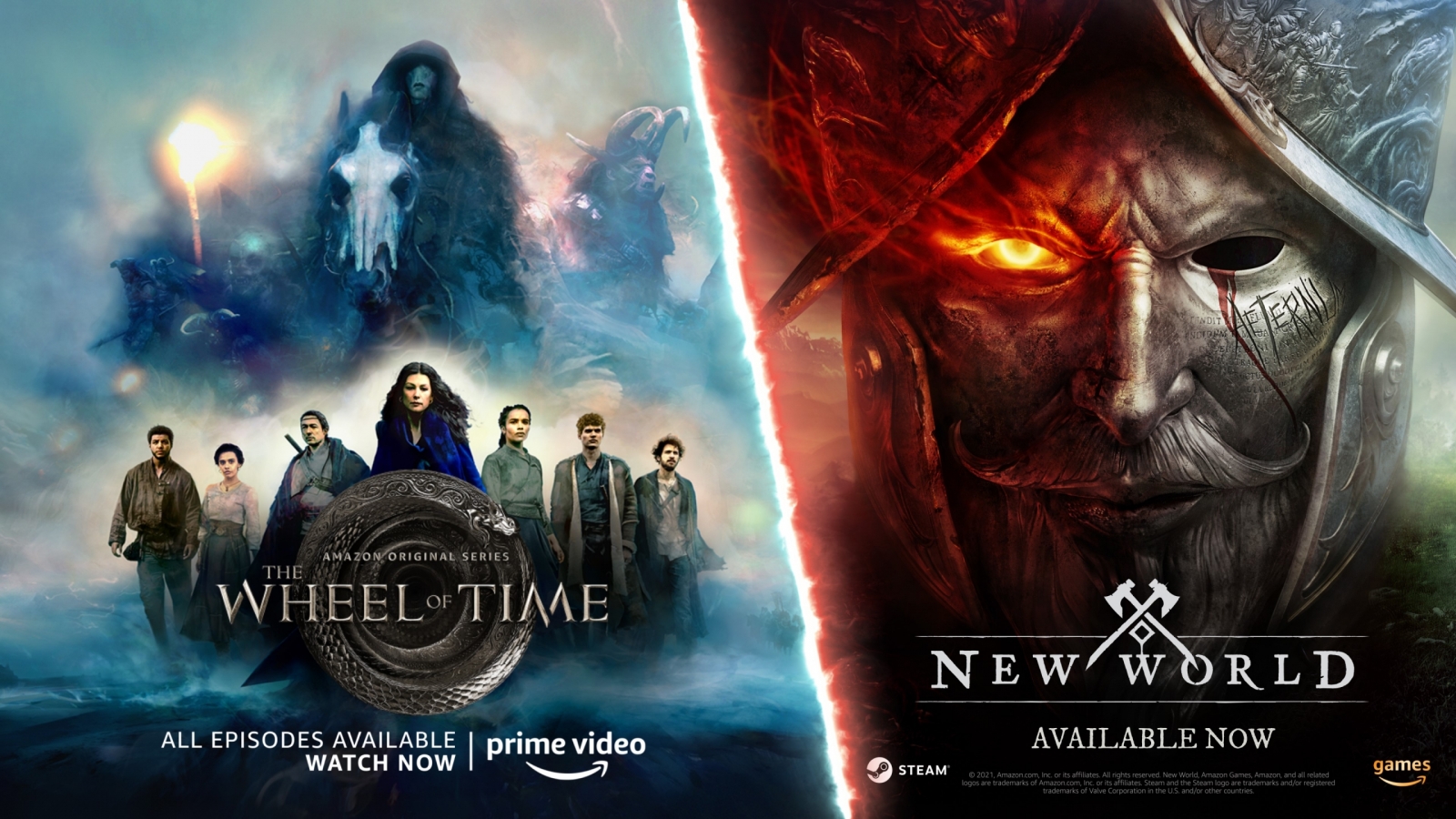 The popular Amazon prime TV show The Wheel Of Time is heading to Amazon Game’s New World thanks to a new partnership between Amazon Games and Prime Video.  Beginning December 24th and lasting until January 11th, 2022, players will be able to earn in-game New World items based on The Wheel of Time series. You can read below for more details:

The worlds of Aeternum and Two Rivers are about to collide as for the first time Amazon Games will team up with Prime Video for a special one-of-a-kind collaboration.

Starting on December 24th and running until January 11th, fans of New World will be able to earn new in-game items tied to Prime Video’s hit fantasy series The Wheel Of Time. Timed to coincide with the show’s Season One finale, there will be a series of special drops that can be earned via a multi-tiered campaign with Twitch.

By watching special New World Twitch streams, fans will be able to unlock new rewards which include weapon skins, apparel pieces and additional surprises. These streams will also include watch parties of The Wheel of Time finale to watch along with your favorite streamers. For more information players can visit https://www.newworld.com/twitch-drops.

The Wheel of Time is Prime Video’s most watched series premiere of the year, and one of the top 5 series launches of all time for the service. Season two is currently in production in Prague, Czech Republic.

Tam’s Blade: A blade stamped with this sigil means its bearer has earned the right to call themselves a master of the forms.

Shadowspawn Blade: A brutal heavy sword capable of great violence as used by the Trollocs, the soldiers of the Dark One’s army.

Red Ajah Cloak: Each Ajah has its own specific purpose and rules, with those wearing Red being known for hunting down men who use the one power.

Children of the Light: Worn by the White Cloaks and enemies of the Aes Sedai they are the independent military organization dedicated to finding Darkfriends and rooting out perceived evil and corruption in the world.

Egwene’s Cloak & Nynaeve’s Coat: These outfits represent the look for Egwene al’Vere and Nynaeve al’Meara, residents of Two Rivers, who along with their friends are swept up into an adventure in the search to find the Dragon Reborn.

Ouroboros Crest: The signature to the Wheel of Time, it represents the serpent devouring itself and being reborn signifying birth and death throughout time.

New World is available on Amazon.com and Steam with the Standard Edition selling for $39.99. A Deluxe Edition, featuring the Woodsman armor and hatchet skins, Mastiff house pet, Rock/Paper/Scissors emote set, and New World digital art book, is available for $49.99.

Stay tuned to Gaming Trend for more info on New World and for all your gaming, tech, and entertainment news!