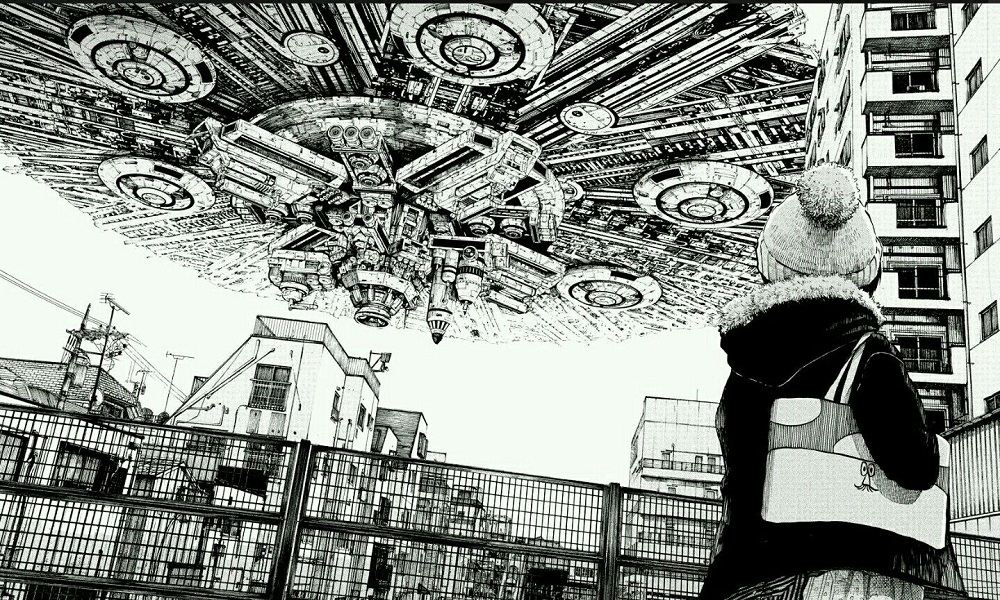 Yesterday, VIZ Media announced that it will release the first volume Inio Asano’s manga Dead Dead Demon’s Dededede Destruction on April 17. The mature slice-of-life manga will be released quarterly under the VIZ Signature imprint and will feature alien invasions mixed with teenage conflict and stories.

In DEAD DEAD DEMON’S DEDEDEDE DESTRUCTION, the Japan Self Defense Forces are still looking for a way to combat the looming alien threat three years after the invasion, but so far conventional weapons have no effect on the mother ship. Maybe it’s time to try something unconventional. Meanwhile, Kadode Koyama is in high school. She and her best friend avidly track the aliens’ movements on social media and less enthusiastically study for college entrance exams. When the end of the world is overhead, you learn to take it one step at a time.

“Inio Asano’s works are internationally acclaimed for the way in which they juxtapose the surreal and the everyday with compelling tales of teenage angst,” says Pancha Diaz, Editor. “DEAD DEAD DEMON’S DEDEDEDE DESTRUCTION continues this tradition. Find out what happens when aliens invade and you still have to navigate the daily dramas of high school.”