Some of my favorite gaming memories revolve around playing Age of Empires II with friends, fueled by Mountain Dew and snacks, as we launched full scale wars against each other. It’s been many years since I’ve revisited the game, but the latest trailer for the upcoming Age of Empires IV reminded me why I loved the series in the first place. I can’t wait to destroy my friend’s towns again. 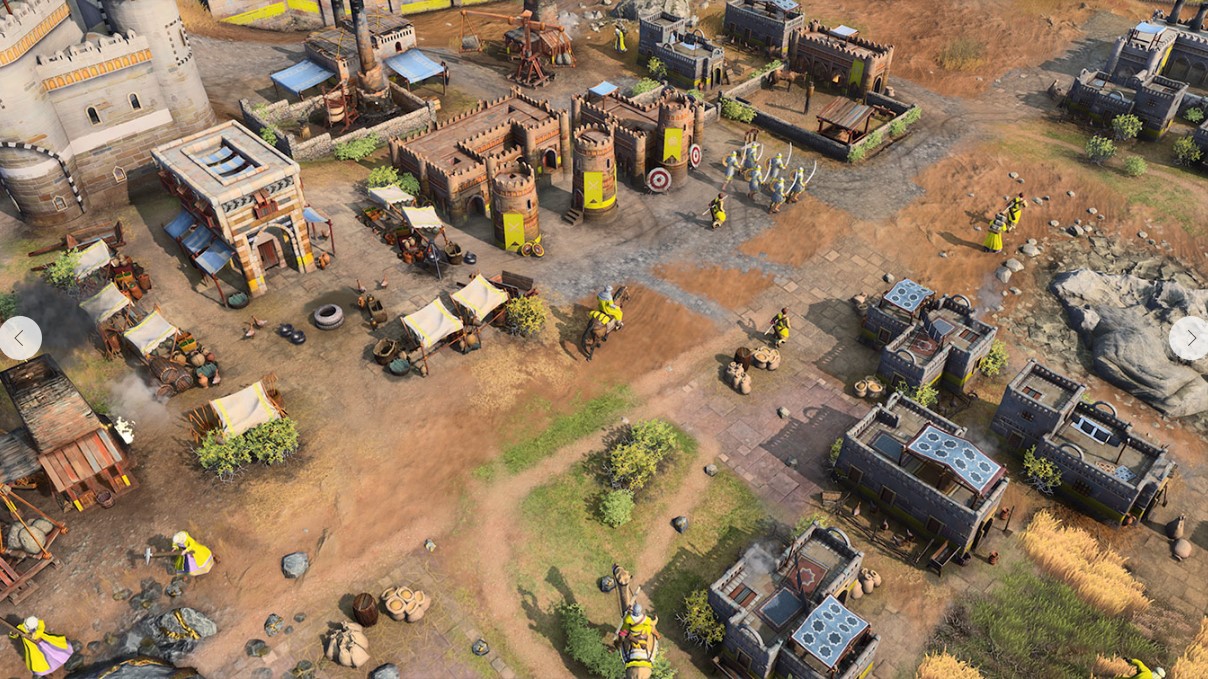 After April’s Fan Preview event where we showed the game in detail for the first time, we revealed even more at the Xbox & Bethesda Games Showcase about the latest chapter in the Age of Empires franchise, with two new launch civilizations, a newly-revealed campaign, naval combat and the appearance of Joan of Arc.

So far, the teams at both Relic and World’s Edge have shared that players will have the choice of the English, Mongols, Chinese and Delhi Sultanate at launch and today’s trailer revealed two more civilizations – the Abbasid Dynasty and the French. 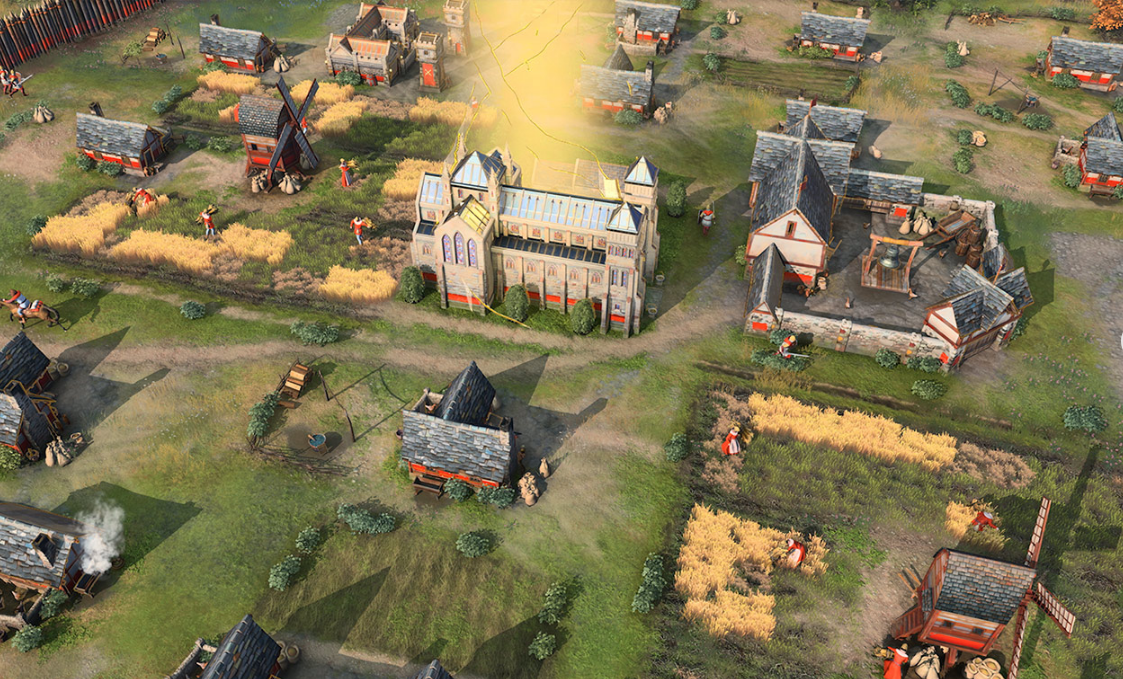 The Abbasid Dynasty’s focus on technology, powered by their unique landmark, the House of Wisdom, will allow players to choose unique upgrade opportunities. Their unique units include Camel Archers and Riders.

The French were revealed alongside the 100 Years War campaign, allowing players to place themselves in the battles fought between the English and French in the 14th and 15th centuries. The French thrive in trade, with the Chamber of Commerce and Royal Institute landmarks helping strengthen a player’s late game. Royal Knights are one of the civilization’s special units with a fearsome charge ability. 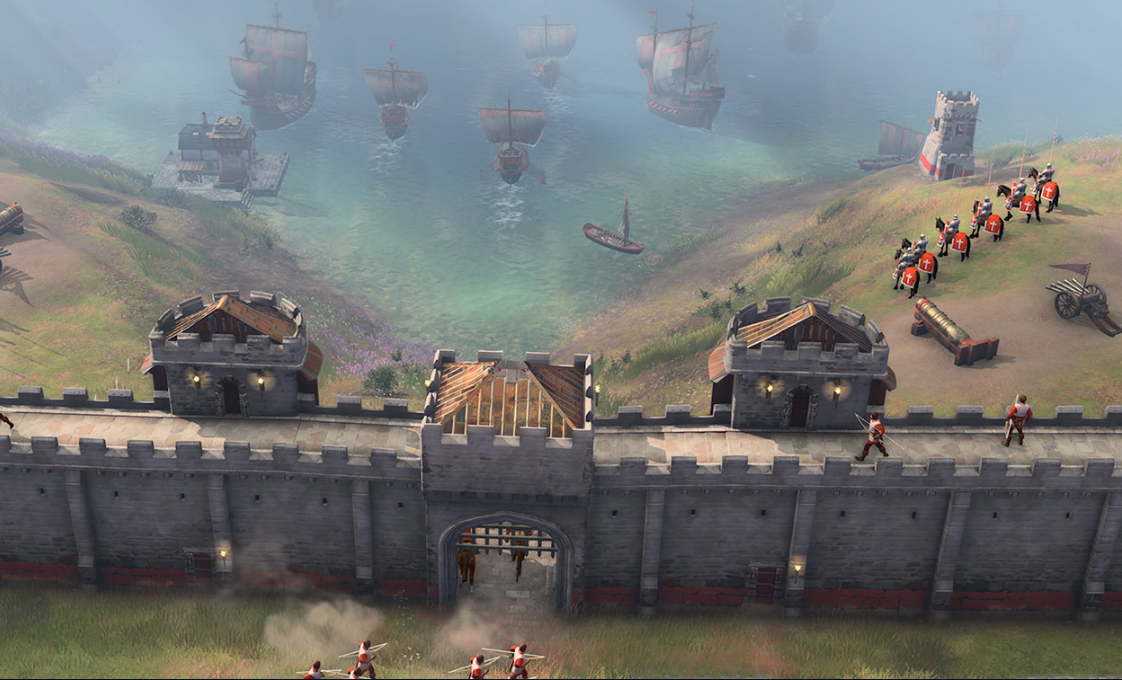 Making a heroic appearance in the trailer is French heroine and icon Joan of Arc, who also has a starring role in the game’s key art. Teenage Joan rallied her country and led armies into battle against the occupying English. Age of Empires II fans fell in love with Joan in the title’s campaign and the development teams are excited to see her return.

Back in April, we teased the appearance of ships as the Fan Preview event came to a close, and today fans saw naval combat in action. Taking the battle to the water adds a whole new dimension to player strategy and adds new meaning to “sink or swim”! 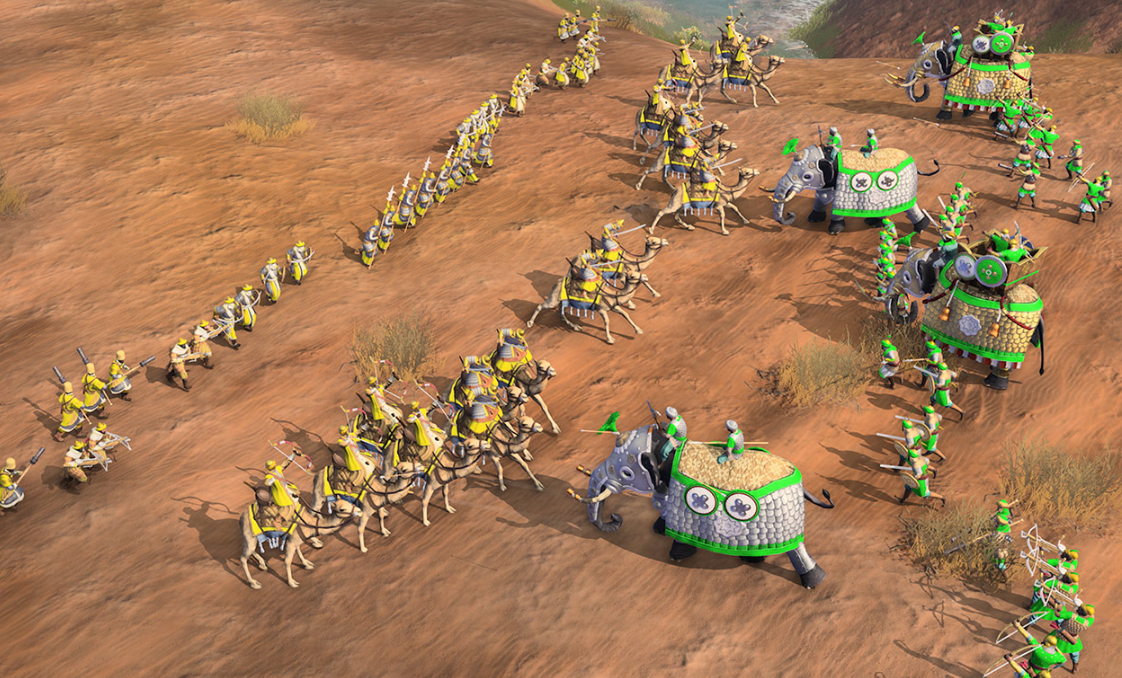 Pre-orders are now open for Age of Empires IV! Head to the Windows Store or Steam to reserve your copy. A Digital Deluxe Edition is available on Steam for fans who want even more, including a digital copy of the game’s epic soundtrack as well as other exclusive in-game items. Additionally, anyone who pre-orders Age of Empires IV will receive the upcoming DLC for Age of Empires II: Definitive Edition, Dawn of the Dukes, when it launches in August! The game will also be available with Xbox Game Pass for PC and Xbox Game Pass Ultimate on the day of release, allowing players to enjoy all four numbered Age of Empires titles together!

Can’t wait until October 28? Head to ageofempires.com to become an Age Insider to be considered for beta opportunities as well as find more information on the announced civilizations and campaigns. 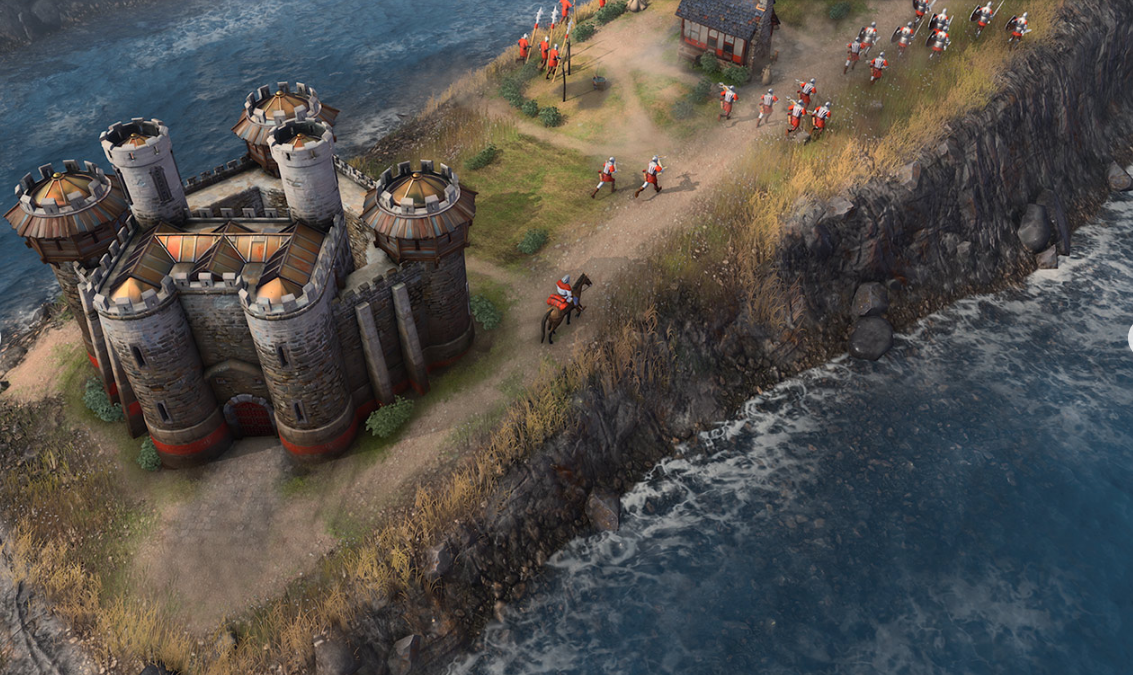 Are you a fan of the Age of Empire series? Let us know in our Discord! Stay tuned to Gaming Trend for continuing E3 coverage!