Today, Resolution Games announced that it will release the VR turn-based RPG Demeo later this year. This game will feature cooperative-based gameplay that will work in a non-VR mode and with VR headsets as well.

Demeo is a collaborative, turn-based role-playing game releasing later this year on Oculus Quest and Rift platforms, as well as Steam for both PC and VR play (add to your Steam Wishlist here). Up to four players work together as a brave band of heroes (Guardian, Sorcerer, Assassin and Hunter) to save the realm from vile corruption that awaits in the catacombs. Together, players will defeat malicious minions by rolling the die and combining regular attacks with special ability cards gathered from treasure chests throughout the various levels.

“Our goal in creating Demeo was to design a shared gaming adventure for friends to become completely immersed in fantasy worlds, where they can step out of their everyday experiences and find a chance to escape the outside world together,” added Palm. “It’s very much like an old school game night with friends, but now with a bit of previously impossible wish fulfillment: your thought of ‘man, I wish I could be in this game’ has actually come true, and it’s more incredible than you ever imagined.” 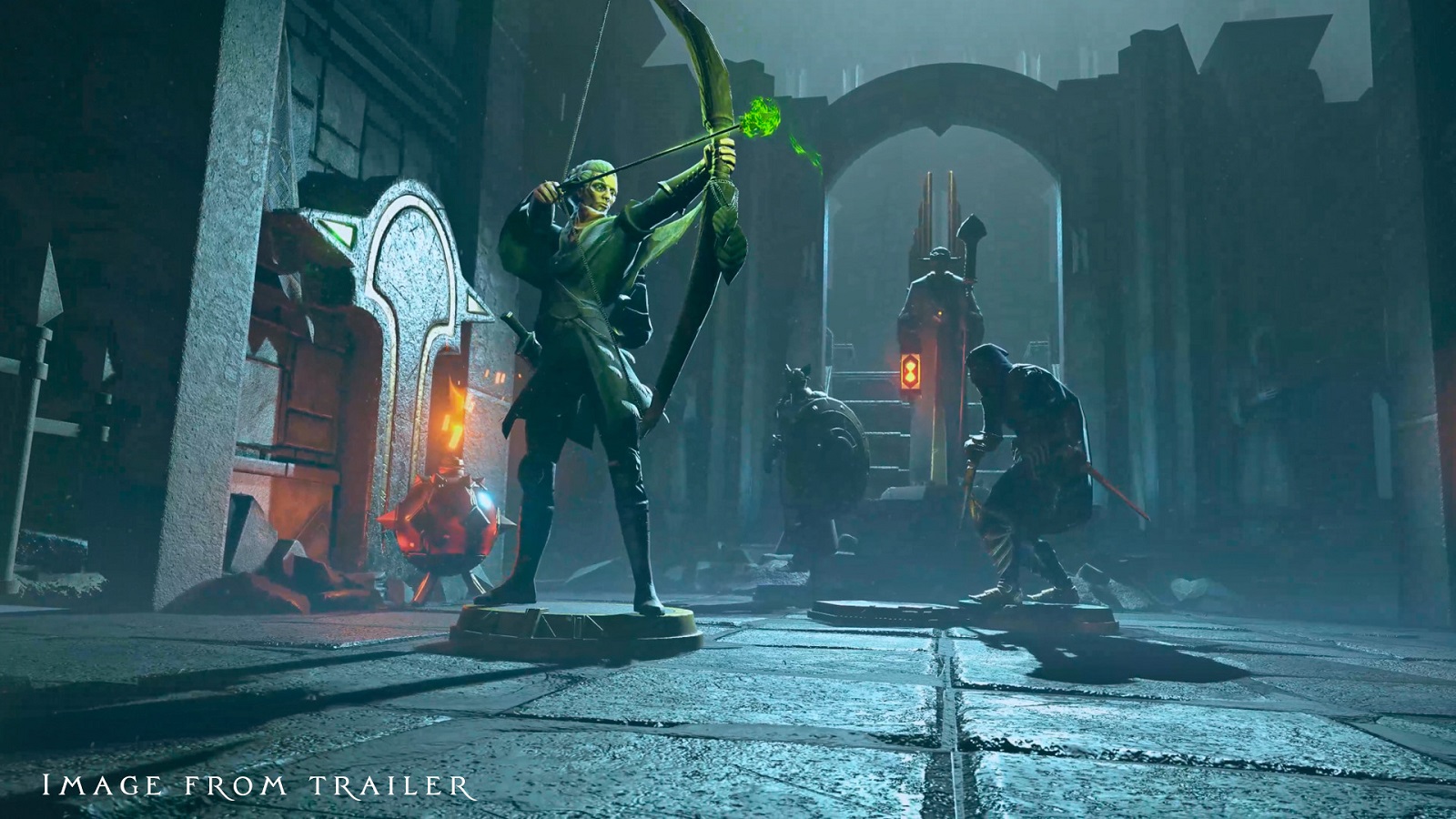 Demeo is the first title from Resolution Games planned for release on traditional gaming PC devices as a non-VR title, and will be playable cross-platform between PC and VR gamers.

a newly released gameplay trailer, viewers are given their first glimpse of the multiplayer co-op game in action as they are immersed into the dungeon where a warrior faces off against the army of ferocious beasts and savage goblins that block his way.

As the video continues, viewers are brought back a layer to the meta-reality of Demeo’s VR basement, showing the first-person perspective of multiple players sitting around a table playing Demeo together. RPG fans have dreamed for years about descending into their favorite fantasy games, and with this single change in perspective, viewers come to the realization that Demeo truly puts players inside of a fantasy epic at a level never seen – or experienced – before thanks to the magic of VR.

“It’s so easy to get lost in the different environments of the game,” explained Tommy Palm, CEO of Resolution Games. “Are you sitting around a table playing a board game with friends in your parents’ basement? Yes. Are you a hero exploring levels of a dungeon and facing hordes of monsters and traps with your fellowship of warriors? Also yes. It’s this combined experience that’s so reminiscent of traditional tabletop gaming with friends that makes Demeo such an engaging experience.”