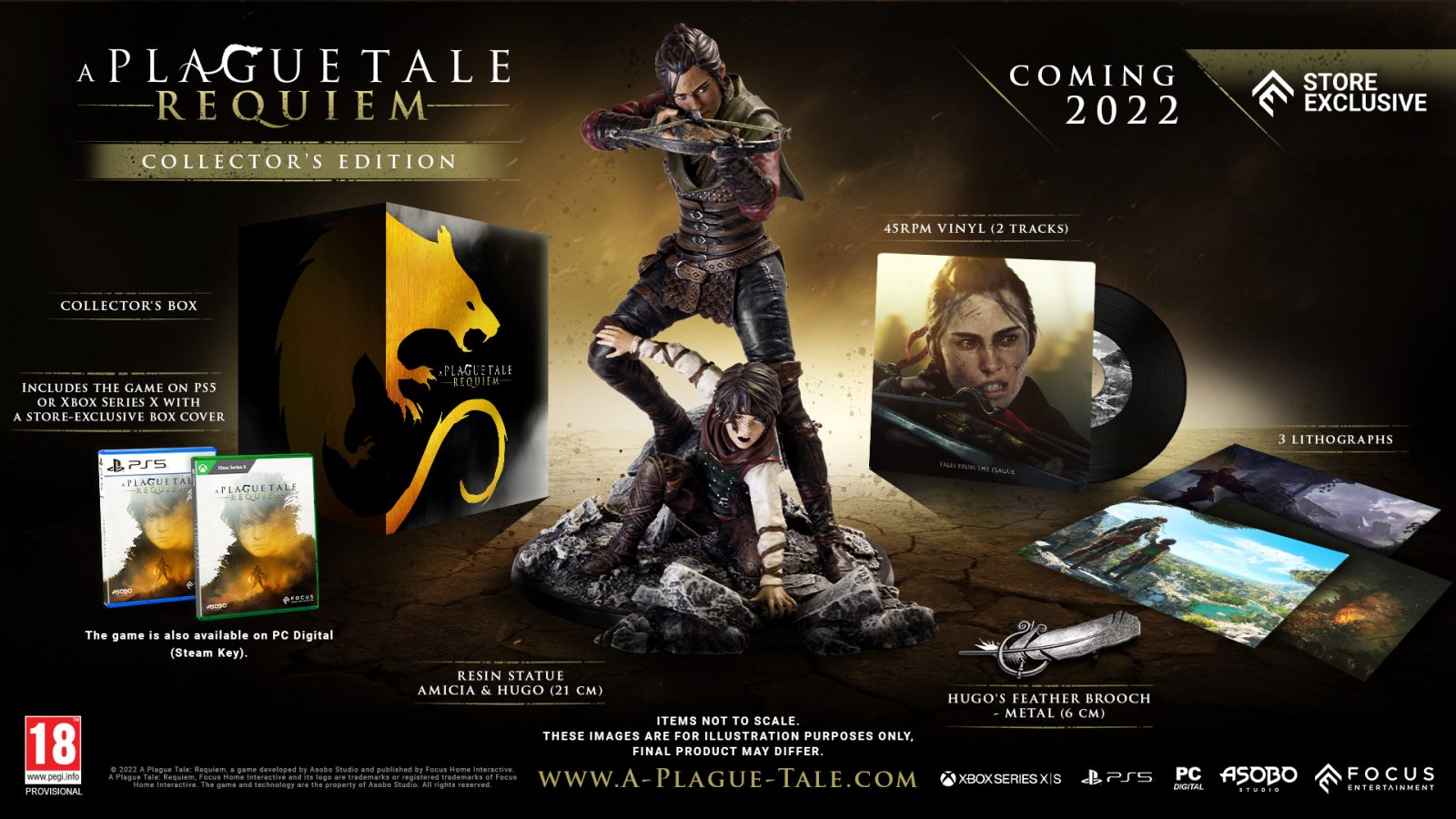 A Plague Tale: Requiem, the sequel to the critically acclaimed A Plague Tale: Innocence by Asobo Studio, is gearing up with an incredible Collector’s Edition! Available exclusively on the Focus Entertainment Store, this special edition is packed with amazing content sure to delight every fan of the A Plague Tale games.

The highlight of the Collector’s Edition is a gorgeous statue of Amicia and Hugo. Imagined and designed by the artistic team at Asobo Studio, this 21cm/8in tall resin statue painted in vibrant colors portrays Amicia and Hugo in action, wearing their main outfits from A Plague Tale: Requiem.

The Collector’s Edition comes with more: a bird feather metallic brooch, inspired by the bird feathers Hugo wears in the game, a 45 RPM vinyl of the game’s soundtrack composed by Olivier Derivière, 3 amazing A4 lithographs of exclusive artwork from the game, and, last but not least, the alternative cover for your game’s box exclusive to the Focus Entertainment Store!

The Collector’s Edition of A Plague Tale: Requiem for Xbox Series X|S, PlayStation 5, and PC (digital Steam key) is exclusively available for pre-order on the Focus Entertainment Store, along with the standard versions of the game and their Focus Store exclusive covers. A Plague Tale: Requiem releases in 2022 on Xbox Series X|S, PlayStation 5, PC and in Cloud Version on Nintendo Switch.