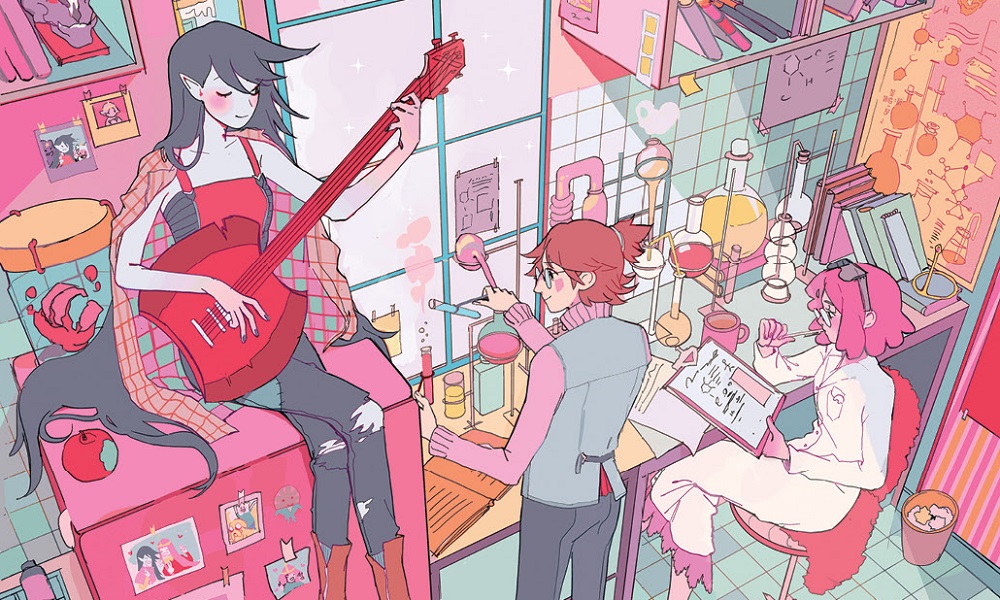 While Adventure Time may be over on television, the comic storylines have breathed new life into the series, with Adventure Time Season 11 providing some post-finale closure. Boom! Studios announced that it will continue its lineup of Adventure Time comics with the first issue of Adventure Time: Marcy & Simon this January, with Marceline voice actress Olivia Olson as the writer for this miniseries.

After the events of the Adventure Time™ series finale, Marceline and Simon have finally reunited! Now together, Simon asks Marceline for help in making amends for his time as Ice King, which leads them, Finn, and Jake on an adventure with so many twists and turns, even our skilled heroes have a hard time keeping up!

“Craziness and wonder aside, the best thing about Adventure Time™ is the show’s ability to make you feel,” said writer Olivia Olson. “Great storytelling can punch you in the gut with laughter, tears or ‘Woah, me too.’ Playing Marceline for the past 8 years has taught me a lot about myself. Besides the whole, demon/vampire post-apocalyptic childhood, she and I have all too much in common. Some of that will definitely come out in this series. I want to thank Cartoon Network and BOOM! Studios for the opportunity to keep these characters story going. I hope to do our queen proud and keep the spirit of Adventure Time™ alive undead.”

ADVENTURE TIME™: MARCY & SIMON #1 is Olson’s third writing contribution to the expanded literary world of the eponymous franchise, previously collaborating with her father Martin Olson (the voice of “Hunson Abadeer”) on The Adventure Time™ Encyclopedia. The two also co-authored Adventure Time™: The Enchiridion & Marcy’s Super Secret Scrapbook, written from a first person perspective through Marceline’s diary entries about when she and Simon first met. Both Adventure Time™books, published in partnership between Abrams and Cartoon Network, are available now everywhere books are sold.