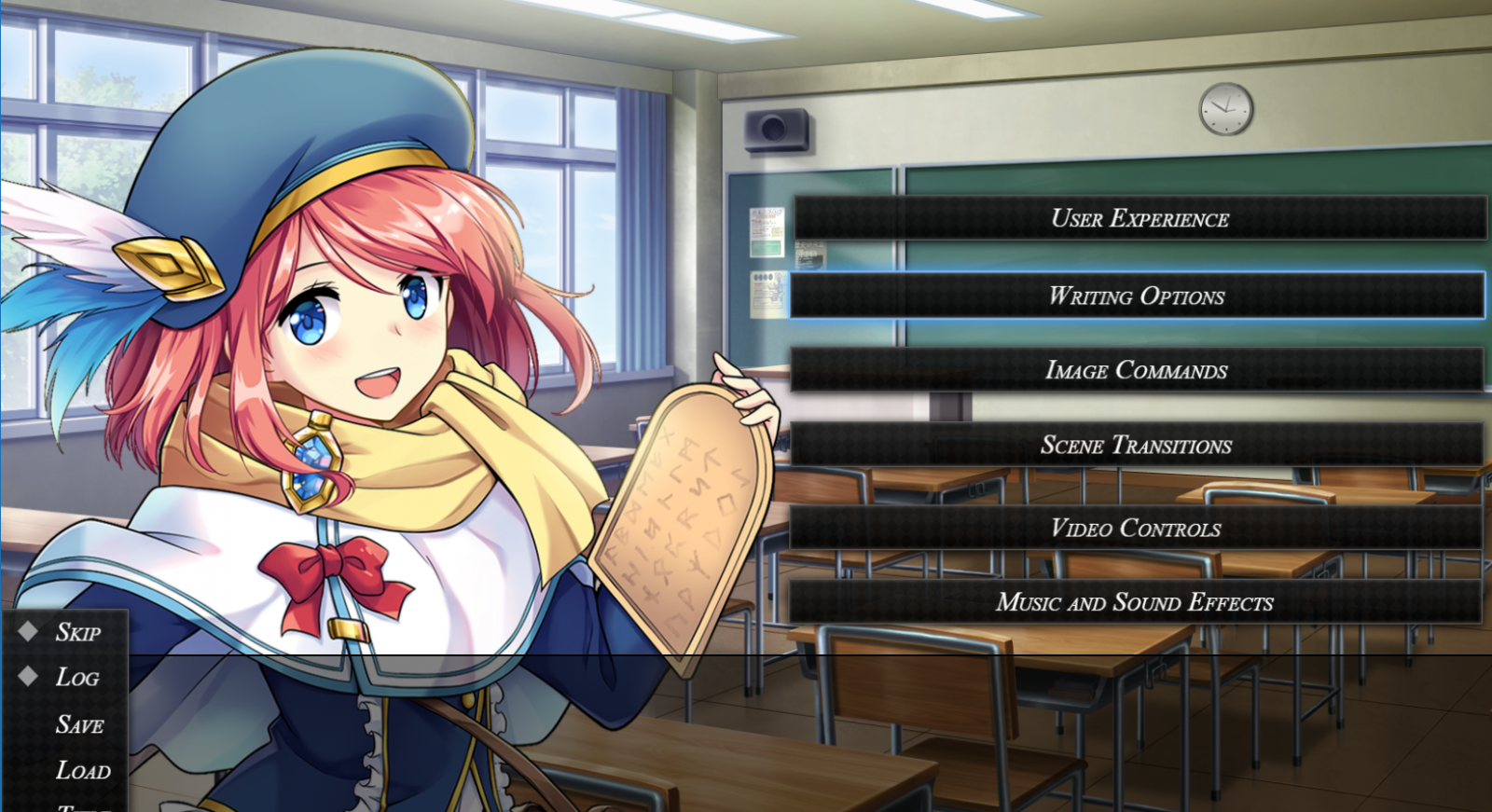 During the 90’s, I spent countless hours into RPG Maker, customizing sprite sheets, building maps, and trying again and again and again to ensure the sound effect synced up perfectly with the animation of the curtains opening. It was vital. Now, Degica Games, the studio behind RPG Maker, is stepping into a whole new genre with Visual Novel Maker. Much like its RPG Maker counterpart, VN Maker strips away the need for coding, allowing you to build your own story by selecting from a series of tools. While this interface is far more accessible than building from scratch, keep in mind that just because it’s simplified doesn’t mean that it’s easy.

Visual Novel Maker comes pre-loaded with a few sample games, allowing you to play through some very short examples, and hop into the editor to look under the hood and learn how it’s all put together. As this software doesn’t come with a true tutorial, these games serve as a stand-in. It can be a sharp learning curve if you’ve never stepped into a game editor before, and there are a great number of if-then mechanics which provide a great deal of flexibility, but also can serve to confuse even a veteran game builder if too many are strung together.

The flexibility of these tools make it a very powerful builder, but also make it difficult to build a truly all-encompassing tutorial. Fortunately, the sample games come equipped with the ability to read editor-side commentary, and the developers have used these comments to leave very helpful explanations as to what the different commands are tied to and how they impact the game itself. Additionally, the flexibility of the tool allows for players to create and import their own commands. While I wasn’t really able to play with this feature too much, as I’m not incredibly code savvy, I’m thrilled by the possibilities of what the community can create, and delighted to see how easily it can be incorporated into the builder.

Upon firing up VN Maker, you’re greeted by Metis, the program’s adorable mascot who greets you while balancing awkwardly on one leg. You’re presented with a simple set of options, which include loading existing projects, starting a new project, or deleting novels you no longer want. The maker provides a number of ways to build with and edit your game, including a script editor, a drag-and-drop interface, which was my personal weapon of choice, and even the ability to directly edit your code if you know how to program. VN Maker also provides a host of ways to manage your graphics, music, and characters, via easy-to-access resource, sound, and character managers.

If there is one area in which Visual Novel Maker lacks, it’s the included graphical assets. The game comes with a surprisingly small number of both backgrounds and characters, though the provided graphics are, at least, of good quality. The background images feature both day and night versions, and the developers clearly chose to focus their resources around high school and college stories, as classrooms, hallways and dorm rooms make up a good chunk of the provided images. While the provided characters come with a decent number of expressions, there are no real characters of color, and Japanese school uniforms run rampant. Visual Novel Maker will have to rely heavily on its creator community to fill in the numerous missing gaps around settings, character designs, and expressions.

Trying to make the most of the provided graphics, while avoiding the drudgery of the, what I consider to be, more than overplayed high school romance story, I set out to build a game about attending stand-up comedy classes. I found myself itching to commission more interesting outfits, more interesting characters, and some wacky expressions and poses to inject a little life into my little virtual world.

VN Maker comes with a decent collection of music, it’s catchy and provides a good collection of scores to set the mood for most any setting. The tracks do tend to be a little repetitive, and given how often I had to jump into the test mode to check my work, I found myself turning the music off, as the music, as fitting as they may be, began to grate on my nerves after entering the test play mode a few times.

I was perhaps most delighted to find that the builder comes equipped with the ability to create mini-games, and the included demo comes equipped with a pack of cards and a pre-made game of blackjack. By dissecting this code, I was able to construct a primitive card game of my own: A game of High or Low, where the player had to guess if the next card would be higher or lower than a dealt card. I was hoping to build a system where I could perform close up magic tricks with cards, prompting the player to try and pick their chosen card from a set of face-down cards. While I’ve no doubt this builder is powerful enough to do just this, I have sadly not yet found a way to make this happen.

My game mostly focused on conversations, as I imagine will be the case for most VN game makers, but Visual Novel Maker also has some nice additional options, including the ability to progress through a scene based on an action, as well as text entry. The text entry interface looks nice, and those creative can use it in some rather creative ways. More than just giving your player the option to enter their character’s name, clever coding could allow for uses such as entering passwords, or allowing the player to invent their own nicknames for other characters.

While the drag-and-drop portion of the editor was easy to digest, it did have some quirks which were difficult to overcome. For example, if I had a conversation between three characters and planned to have Character A deliver a line, but later decided the dialogue was better suited to Character B, changing the character on the Show Message tab would not actually change the character. While the dialogue would now credit Character B, the graphic for Character A would continue to display until I edited the Expression Change box. A minor gripe, but one which eats up a good bit of time.

Saving is as easy as clicking the save button; there is no auto-save, which is actually great if you mess up as often as I do. Visual Novel Maker supports multiple languages, and will automatically convert the game’s controls into English and/or German. The system is intelligent enough to recognize identifying tags in the titles of saved script files, such as “Script_de,” and will automatically load the correct language.

Another feature which I was not savvy enough to fully explore is the Live2D SDK DLC, which can be purchased separately ($20), or at a discount when bundled with the main game ($10). This recently announced downloadable content allows for easy incorporation of voice syncing and character animation, and comes with a royalty-free retail license, something you will want if you plan to charge for your game.

Like its cousin, RPG Maker, Visual Novel Maker is a simplified, cohesive program which allows anyone to create their own video game. While simplified doesn't mean easy, VN Maker provides a powerful, flexible suite of expandable tools. It is limited by its graphical resources, and offers a small selection of backgrounds and character designs. Those hoping to profit off their games will want to invest in the DLC, as it offers a commercial license in addition to additional features.