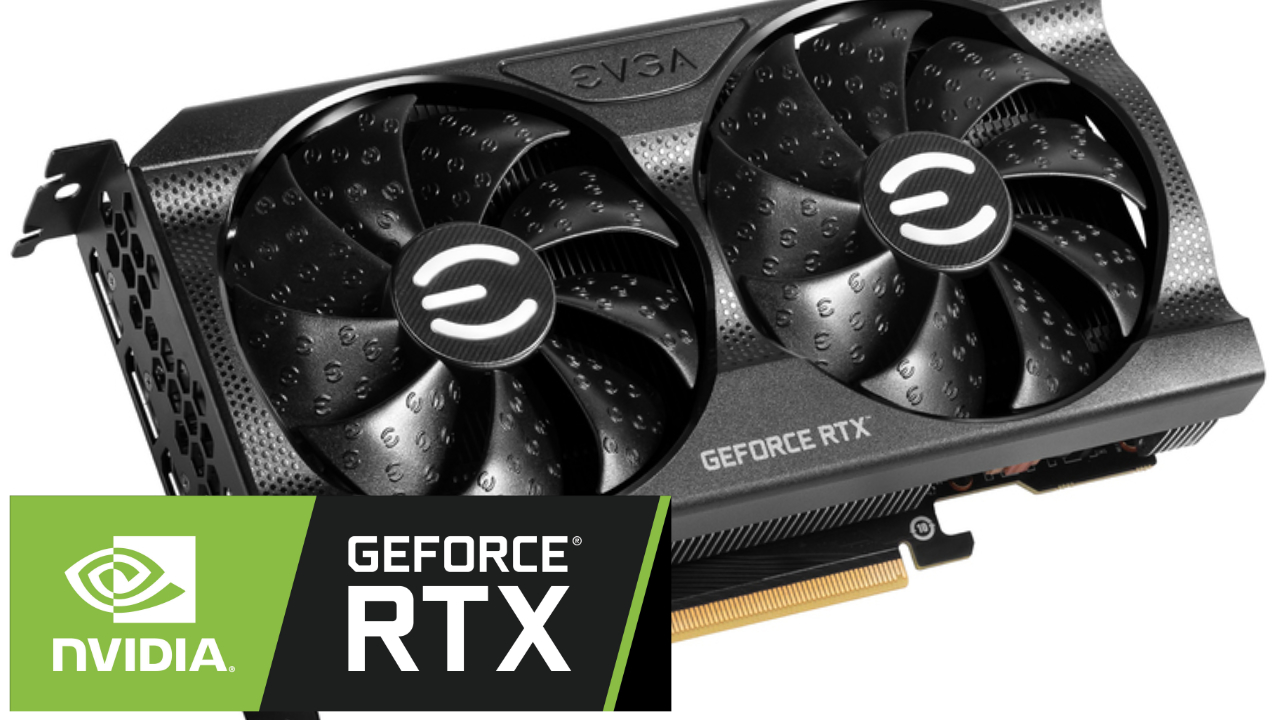 There’s no doubt that we are facing a challenge when it comes to finding video cards, and unfortunately that doesn’t look like it’s going to end anytime soon. Still, a larger variety of video cards helps spread the demand. There’s also more of a need at the lower end as gamers continue to need entry level cards for incremental upgrades. The GeForce RTX 3050 aims to capture that market, aiming to fill the 1080p gap. The most recent surveys from Steam show that a great many gamers are still rocking the solid RTX 1060 or 1080 or their Ti variants. Could this newest entry be the one that lures them to the 3000-series? Let’s install it and find out!

First things first, let’s get a look under the hood. Most importantly, NVIDIA heard fans when they said that the rumored 4GB of RAM simply isn’t enough – the 3050 ships with 8GB of GDDR6 and is based off of the GA106 GPU – the same chip that powers their GeForce RTX 3060 models. Where this card is slimmed down a bit is the number of unlocked cores – it has 2056 vs. the 3584 cores on the 3060 model. Similarly it has 80 TMUs (Texture Mapping Units – the portion of the GPU responsible for manipulating textures and placing them in a 3D environment) versus 112 on the 3060. Both the 3050 and 3060 have 48 ROPs. You might recall that ROPs are Render Output units that handle pixels and texels and then rasterize them into their final form before writing them to the frame buffer. Coupled with the 20 hardware ray tracing acceleration cores of the card, and the GPU’s boost clock of 1.78 GHz, and a memory clock of 1.75 GHz, the card should be able to pump out roughly 14 Gbps worth of graphical processing power. 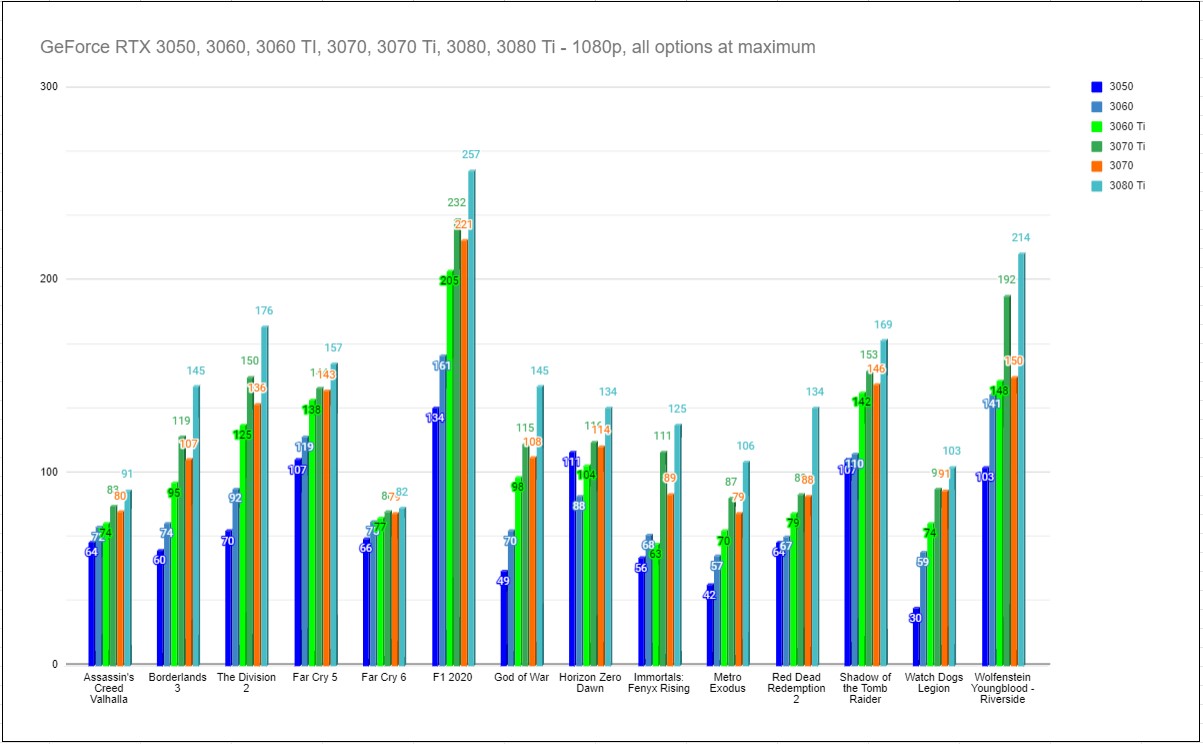 The GeForce RTX 3050 is a 2-slot PCI-Express 4.0 x8 card, meaning it’ll run on just about any platform built in the last decade. It’s also fairly compact, requiring only 8 inches of clearance, making it possible to put it in quite a few micro-ATX cases if you are so inclined. Utilizing one 8-pin power connector, it’s also very low power draw at just 130 watts required. Surprisingly, none of that stops it from running four monitors easily – something I tested with three DisplayPort-connected monitors and one HDMI-connected TV.

There is one big difference between the 3050 and the 3060, though – the bus width. The RTX 3060 series cards sport a 192-bit bus width, whereas the 3050 has slimmed it to 128-bit. This means that the 3050 will have to “go back to the well” more often than its $100 more expensive counterpart. But all of these numbers really mean nothing – it’s real-world numbers that matter, right? Let’s get to the benchmarks.

To put the card through its paces I chose a few big hitters — ones that would really max out the GPU at all levels. To that end, I’ve selected God of War, Shadow of the Tomb Raider, Borderlands 3, Forza Horizon 5, and Red Dead Redemption 2, among others. 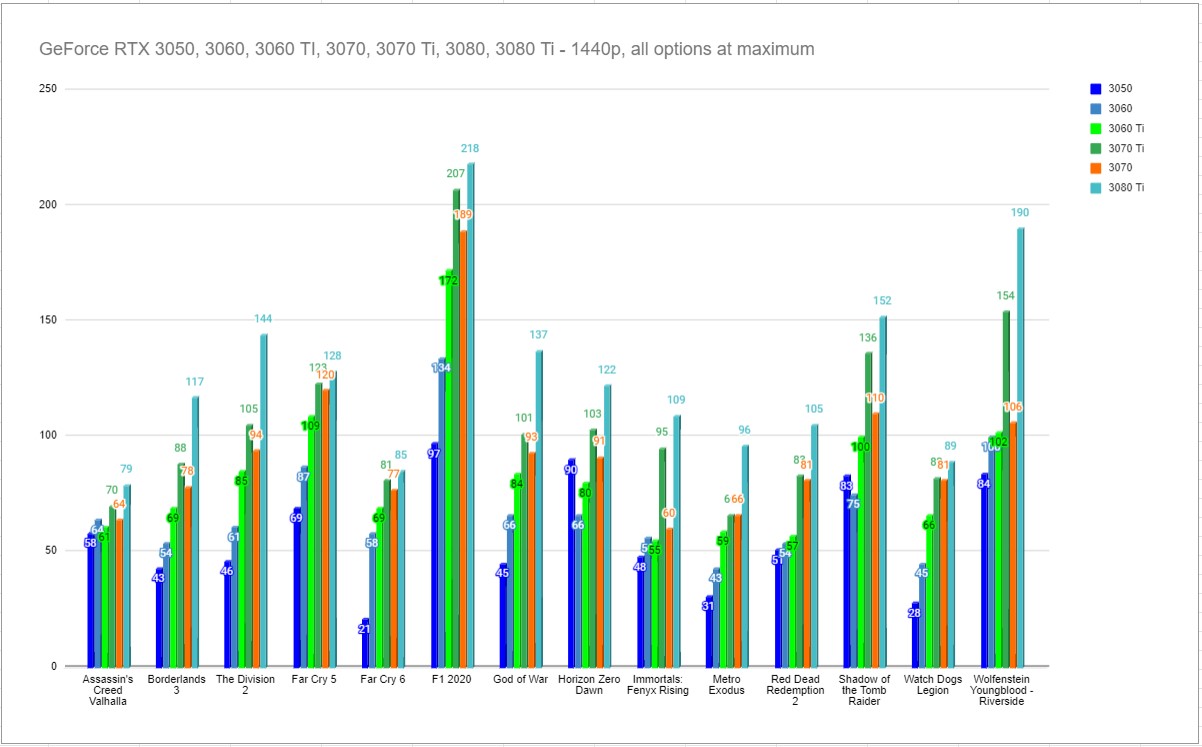 Right out of the gate it’s already clear that NVIDIA’s DLSS has a massive impact on the overall framerate this card is capable of delivering. Games like God of War can be run at maximum settings with DLSS at Ultra Performance and still manage to deliver 49 frames per second. There’s also wiggle room for adjustments should you wish to tweak the visuals. Checking out other games like Red Dead Redemption 2, we see that DLSS implementation has allowed for Ultra and over 60fps. Far Cry 6 sees similar performance, which is great as some of the titles in our bench have only been out for a few weeks or months – they’ll see additional improvements over time.
Moving to 1440p we see additional strain on the GPU, often leaving it completely saturated for the entire duration of the test or gameplay. In the case of Watch Dogs Legion the RTX options wildly exceed the 8GB of VRAM on the card, and you can see that compared to the RTX 3060 as the framerate drops nearly in half. Far Cry 6 suffers a similar hit, though turning off the realtime lighting causes the framerate to rocket closer to that 60 mark again. All of the other games on the list retain stellar performance, even at 1440p.

You don’t buy a $250 card expecting it to be able to deliver 4K performance, but surprisingly there are a few games that are so well optimized that even the GeForce RTX 3050 can manage it at Ultra. Far Cry 5 is a little stuttery, but with an adjustment or two could be solid at 4K/30. God of War is similar, hitting 27fps at 4K. Red Dead Redemption 2 continues to wow, as does Shadow of the Tomb Raider. On the other hand, Far Cry 6, Metro, and Watch Dogs Legion were comically bad, with Far Cry 6 stumbling so hard that it broke out of the benchmark and allowed me to roam around in the pre-programmed space. 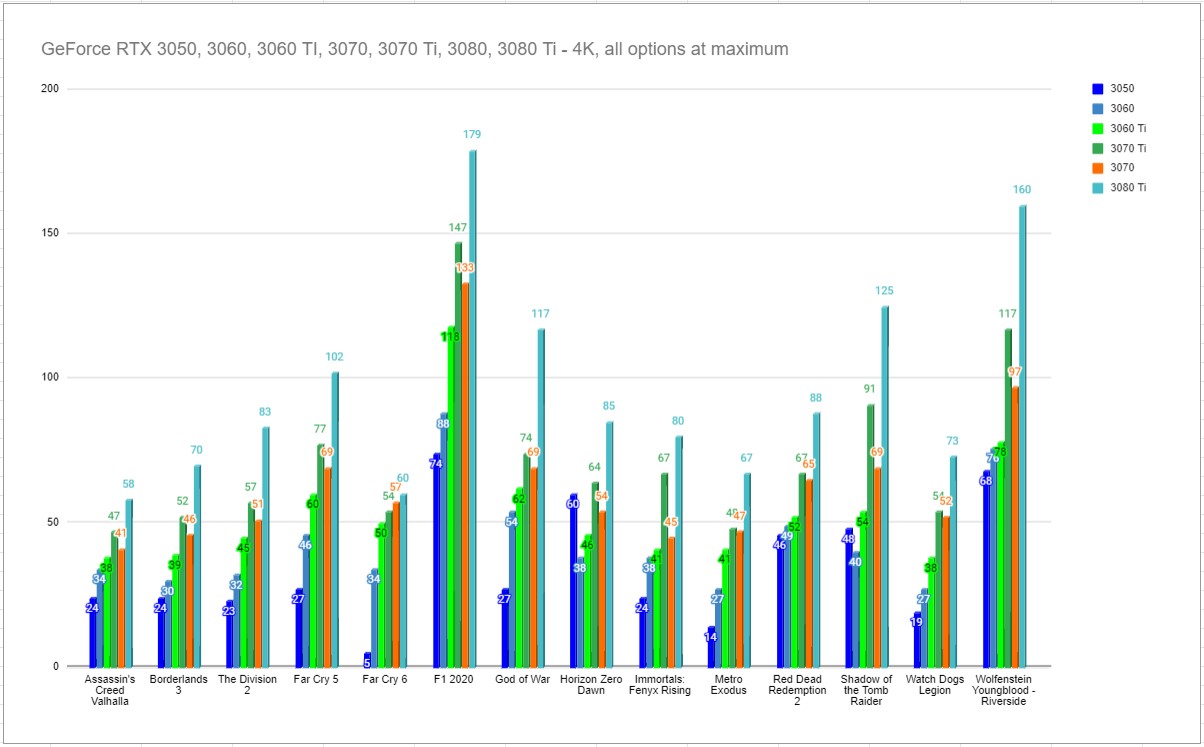 In terms of performance, it manages to deliver solid performance at 1080p across the board, even on the newest of titles like God of War. Pushing up to 1440p is largely dependent on whether or not the game supports DLSS, as without it the card will struggle without NVIDIA’s incredible AI tech. Truthfully, as it is with any video card, you are far better running at a lower resolution so you can wring out a smoother framerate. 1440p/144 is always going to be better than 4K/30.

The launch price on the GeForce RTX 3050 is $249 – a full $80 less than the RTX 3060. Still, with the GPU shortage going on you’re going to want to get your orders in sooner rather than later if you want to lay your hands on one.

If you are looking for a card to stretch one more generation while you wait for the dust to settle on the 12th Gen processors, or you want to hold out for NVIDIA’s 4000-series GPUs, the 3050 will deliver stellar 1080p performance at a highly reasonable price.

Ron Burke is the Editor in Chief for Gaming Trend. Currently living in Fort Worth, Texas, Ron is an old-school gamer who enjoys CRPGs, action/adventure, platformers, music games, and has recently gotten into tabletop gaming. Ron is also a fourth degree black belt, with a Master's rank in Matsumura Seito Shōrin-ryū, Moo Duk Kwan Tang Soo Do, Universal Tang Soo Do Alliance, and International Tang Soo Do Federation. He also holds ranks in several other styles in his search to be a well-rounded fighter. Ron has been married to Gaming Trend Editor, Laura Burke, for 21 years. They have three dogs - Pazuzu (Irish Terrier), Atë, and Calliope (both Australian Kelpie/Pit Bull mixes).
Related Articles: GeForce RTX 3050, Hardware
Share
Tweet
Share
Submit