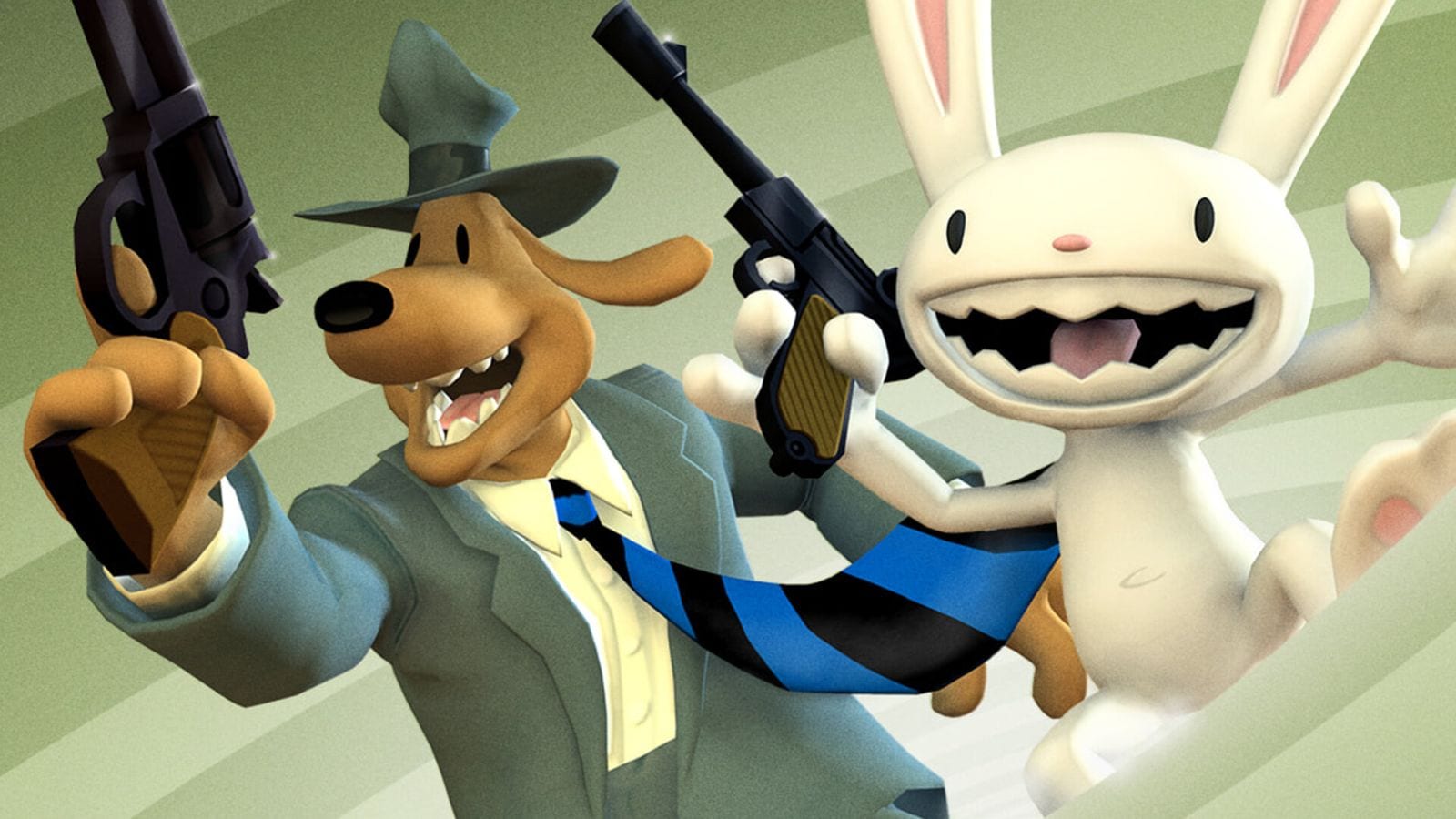 Sam and Max: Hit the Road marked a time in gaming history when LucasArts ruled the point and click adventure world. Filled to bursting with the irreverent humor of Steve Purcell, the game would spawn a cartoon, comic, and several games before fading into the vacuous maw of the collapsed adventure genre dying off. It’d be 13 years before Telltale Games would once again bring them to life in an episodic fashion, gifting us with three seasons before they unfortunately closed as well. It’s been a hard road for the duo, but now 10 years later we once again see the rise of the Freelance Police. Could a six foot hound dog, a hyperkinectic rabbity-lagomorph, and a 1960 DeSoto bring this smartass duo to life for a whole new generation? My mind is a swirling miasma of scintillating thoughts and turgid ideas at the prospect.

If you are unfamiliar with the iconic Freelance Police, then I encourage you to spend the three bucks on Steam and pick up Sam and Max: Hit the Road as it is truly a magnificent 2D pixel point and click game full of insanely memorable quotes. If your start with the sharp-witted shenanigans began with Telltale’s 3D adventure then you likely remember it to be almost as good, but with all of the artifacts of a game from 2007. That means 4:3 aspect ratios, 1024x768 max resolution (without using hacks), choppy framerates, and fairly chunky textures. Formed from several ex-Telltale members, the team at Skunkape Games (not to be confused with General Skun-ka’pe, voiced by the amazing Roger L. Jackson) think it’s time for another bite at the apple.

Firing up the game it is immediately apparent that the team dove in with both feet on this remaster. 4K resolution, 60+fps, smoothed out animations, beautiful textures, controller support, and a bucketload of bug fixes and pacing improvements are just the tip of the iceberg.

The opening scene of the game has Sam and Max burning time at their Freelance Police Headquarters, and the lighting work that the team at Skunkape Games has added to the game is on full display right out of the gate. The wobble of the lights in the duo’s office casts a glaring shadow, but the pulsing of the lava lamp (that Max tried to use as a hand lotion, of course) bathes the room in an eerie glow all over the post-it notes, calendar (2002 was a great year for calendars!), and the nearby boarded up window. Similarly, the natural light cascading through said boarded up window cuts through the scene and reacts to Sam and Max as they move around the room. Headed outside, the duo’s shadow bends and reflects naturally off the stairs realistically. Odd to say anything is realistic in a world where everything looks like it could be made out of modeling clay, but here we are, and thanks to some incredible dynamic lighting, it’s beautiful. Steve Purcell must be beaming as this is the best his chaotic creation has ever looked.

It’s not just the lights and shadows that got the royal treatment, but the art assets as well. The new character models look fantastic, and better still, their lip synch has been improved. Additionally, the team brought in Jared Emerson-Johnson (he composed a whopping 73 tracks for the original release) to bring them back to life in their native uncompressed full glory, as well as to pen an additional five tracks as a cherry on top. The Skunkape team even somehow wrangled up some of the original musicians to help Emerson-Johnson. You can pick up the 2007 soundtrack for Season 1 and 2 at his Bandcamp site, and I highly encourage that.

Sam and Max Save the World (Remastered) in 4K [Gaming Trend]

Sam and Max Save the World comprises the six episodes of Season 1. The website for Skunkape has grayed out links for Beyond Time and Space (Season 2) and The Devil’s Playhouse (Season 3), so it’s clear there’s more to come, but these six episodes will keep you busy for a little over a dozen hours. At an introductory price of $19.99, that’s a steal.

Truthfully, there’s only one hitch I can come up with for Sam and Max Save the World — the controller support occasionally ignores a button press or two, causing it to not select an object. Also, using the controller means using the right thumbstick to jog through selections. That’s occasionally a little wonky. Mouse and keyboard are, of course, supported, and that’s my recommendation. Besides, your score will be better in “Whack Da Ratz”, and that’s how you’ll get into the mob…not that there’s any mob here, no sir!

There are a lot of remasters and remakes flying around these days and the quality ranges from awful to amazing — Sam and Max Save the World is thankfully the latter. The Skunkape team did such an amazing job that you’d be excused for not knowing that this game was originally from 2006. Whether you are a fan of Sam and Max, or a newcomer to this completely bonkers and irreverent adventure, you are in for a real treat. Now bring on Season 2 and 3!

Sam & Max Save the World

Sam and Max Save the World looks as great as it sounds. With upgraded visuals, fresh jazzy music, remastered audio across the board, this is the best this game series has ever looked.  Bring on Season 2, 3, and beyond!

Ron Burke is the Editor in Chief for Gaming Trend. Currently living in Fort Worth, Texas, Ron is an old-school gamer who enjoys CRPGs, action/adventure, platformers, music games, and has recently gotten into tabletop gaming. Ron is also a fourth degree black belt, with a Master's rank in Matsumura Seito Shōrin-ryū, Moo Duk Kwan Tang Soo Do, Universal Tang Soo Do Alliance, and International Tang Soo Do Federation. He also holds ranks in several other styles in his search to be a well-rounded fighter. Ron has been married to Gaming Trend Editor, Laura Burke, for 21 years. They have three dogs - Pazuzu (Irish Terrier), Atë, and Calliope (both Australian Kelpie/Pit Bull mixes).
Related Articles: Let's Play, Sam & Max Save the World
Share
Tweet
Share
Submit