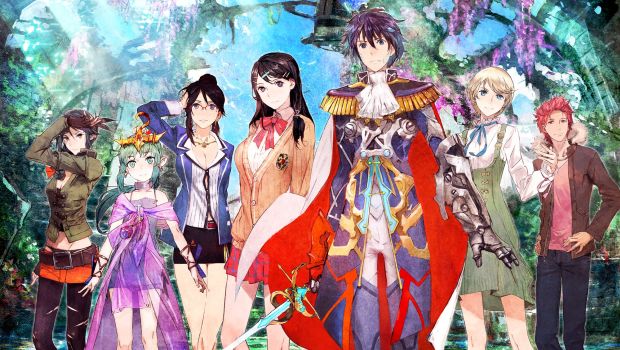 Many of Kirby’s recent outings have been permutations on a formula, a series of mash-ups and experiments succeeding or failing at random. Kirby plus yarn? Meh. Kirby plus paintings? Alright. But what about Kirby-meets-giant robot mecha anime? Through adding such a ridiculous overhaul to the Kirby formula, Kirby: Planet Robobot does more than just make Kirby palatable — it’s one of the most entertaining Kirby games in some time.

Planet Robobot kicks off in brisk fashion: machines are invading, King Dedede’s castle is demolished for comedic effect, and the pink puffball needs to set off on a journey to stop the invaders before they turn its homeworld into a hollow construct.

At the outset, all the familiar Kirby trappings are in place. Float around, suck in enemies, steal their powers or spit them at their friends. A few new abilities, like Poison and Doctor, are in the mix, but for the most part they’re just fun new additions. You will still find the boomerang leaf and the fireball, as Planet Robobot doesn’t try to fix what isn’t broken.

Instead, the innovation comes in two forms. The first is the incredible use of depth in stages, as Kirby can hop between background and foreground of the stage to solve puzzles and unlock code cubes, which open each world’s boss door. Seeing different elements fly out at you, having to contemplate solutions in two different planes, I found myself actually using the 3D switch on my 3DS and enjoying it.

The second is the robot armor, which you gain after beating the first boss in the game. Kirby can jump into this mech anytime it finds one docked somewhere, turning into a bonafide giant robot pilot. It’s cheesy and flashy in all the right ways, and most of Kirby’s abilities carry over, including his skill stealing.

Abilities stolen have varying effects on the robot, from giving you a massive bomb launcher or shock cannon, to literally changing the way you approach the stage. Later levels might have you absorbing a racing wheel early on, turning your robot into a hot-rod racer and zipping through a race-track of a stage. Others might let you consume a jet, and then take off into a bullet-hell side-scrolling shooter. Though you tend to notice the 3DS chug a bit at these sections, it’s still crazy to see Kirby hop in a jet-powered robot and take off.

Planet Robobot might deviate a great bit from conventional Kirby gameplay, but it’s the ways that it does so that keeps this brief experience fresh. And it is quite brief, clocking in a couple hours for a story mode playthrough. Granted, that’s not acquiring every code cube along the way, but at six worlds plus an endgame, it’s a rather brief stint.

There are other options to extend your time with Kirby: Planet Robobot, whether it’s playing back through the campaign as Meta Knight and encountering an entirely different final area, or playing multiplayer with your friends. HAL Laboratory included a boss-rush multiplayer called Team Kirby Clash, where four friends can play as different Kirbies. (Is that the plural of Kirby? Maybe Kirben? Kirbits? Kirbi?)

An RPG progression system and levelling mechanics make the multiplayer interesting, but it feels ultimately superfluous. It uses download play, so luckily you’ll only need one copy of the game to rope in three others to play, but the burnout sets in quick, as it’s not that deep or engaging to sate your 3DS multiplayer needs.

That’s all the extras, though; as a whole, Kirby: Planet Robobot is the kind of summer handheld game you’d want on a road trip somewhere. It’s light, fun, not too complex but holds your attention all the way through. It’s filled with little references to mecha anime, and I actually ended up liking the new antagonists. Also, it has easily one of the best ending segments of any Kirby game ever — to even touch on what happens would spoil the hilariously awesome sequence of events. Kirby: Planet Robobot is not the deepest or most interesting return-to-form, but it’s certainly the kind of fun, light hearted adventure that suits the pink puffball best.

Kirby: Planet Robobot isn’t too deep, but it doesn’t need to be. It captures the fun, jovial nature of its titular character, and breathes some life into an otherwise tepid formula. It’s brief and hardly earth-shatteringly unique, but it’s fun in the way a Kirby game ought to be.