As much as I enjoy ragging on bad games, it’s still hard to tell a smaller developer their baby is ugly. Upon finishing Werewolf: The Apocalypse – Earthblood, I counted about 46 developers at Cyanide Studio, and while I admire the amount of effort and thought put into some aspects of the game, it unfortunately resulted in a very generic brawler with stealth elements.

Players put on the vest of Cahal, a Gaoru (read: werewolf) eco terrorist who leaves his pack after the death of his wife, abandoning his daughter in the process. After five years on his own, he returns to help them put the final nail in the coffin of Endron, a corporation… of some sort. Look, they do oil and science stuff that’s bad for the environment so that gives you leave to slaughter everyone who has ever worked for them apparently. The game follows a very simple formula from beginning to end, with little variation. You sneak into a facility using your wolf form and crossbow to take out guards and scientists, and once that inevitably fails, you transform into a werewolf to finish off everyone in the room, then proceed to the next to do it all over again. It’s not that stealth is overly difficult or impossible to do, enemies just have very specific sightlines that often just ignore cover even if you’re clearly behind a large crate or something. On the flip side, it is shockingly easy to break: by completing missions or sniffing flowers to gain spirit points you can purchase a skill that essentially makes the wolf form invisible, allowing you to take out enemies as they literally line up in front of you. While this is hilarious, it’s not very fun. Finally, some rooms are completely pointless to even try stealthing through since you can’t take out large foes without alerting them, so if you spot one of them it’s quicker to just enter combat immediately, consuming your stack of flasks beforehand. 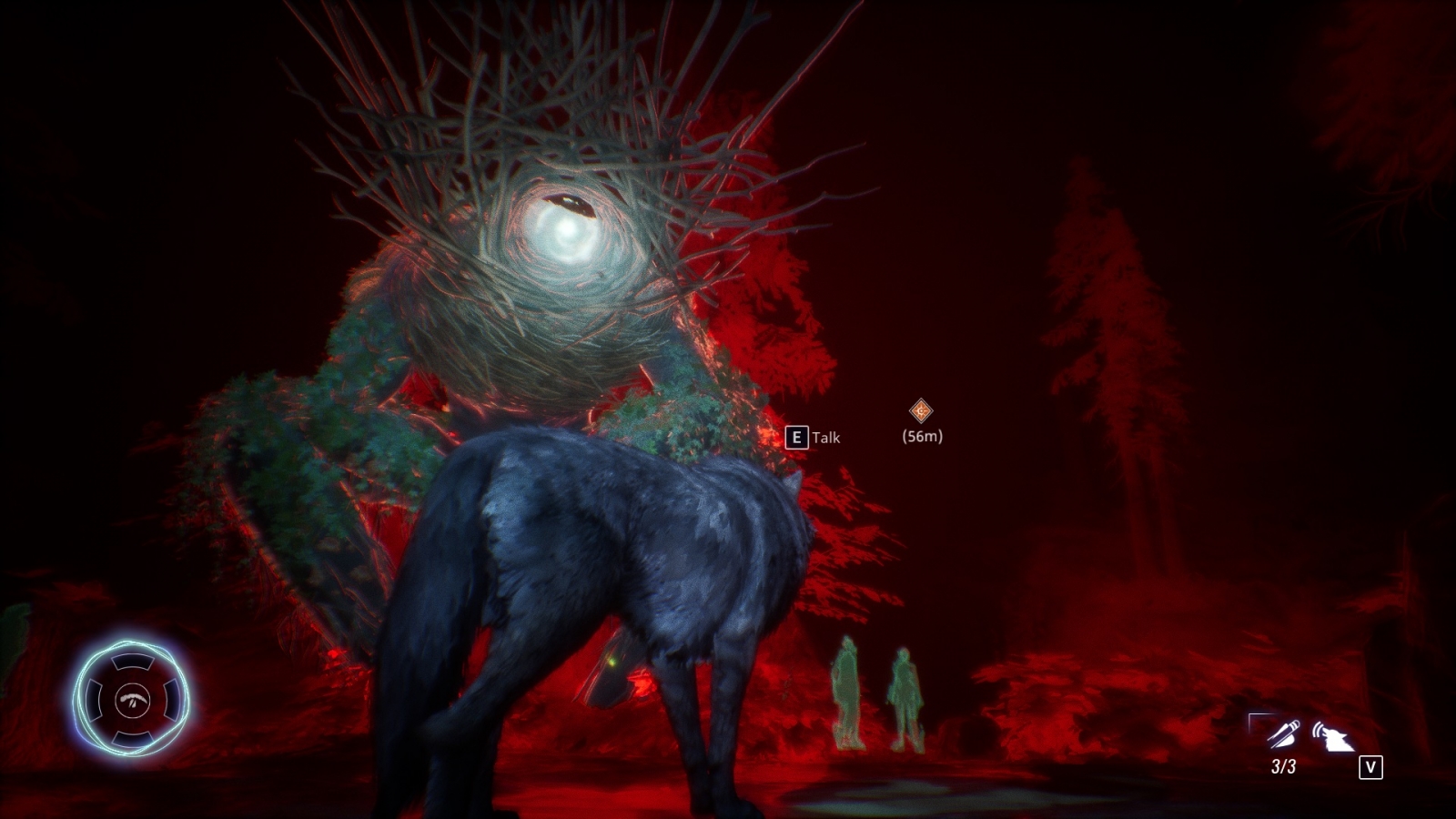 In combat, Cahal adopts his big werewolf form. You can choose from two stances in battles by pressing R2, one being quick and the other heavy, but you can easily stick to the former since you do a ton of damage either way. Quick stance also generates rage more easily, a resource you can use to perform special moves like healing or a flurry of slashes with your claws by holding L2 and pressing the corresponding button. So the only reason to ever switch stances is to use its exclusive abilities, otherwise you are mashing the square button and occasionally healing the entire game. The skill ceiling, basically how much mastery is possible in a game, for Earthblood is so low that it’s metaphorically the equivalent of a kid’s playhouse, you just mash one button to win. Let’s talk about WHY that is, even with multiple options available.

Avoiding damage isn’t worth the hassle when you can just tank hits and easily heal whenever you want. Cahal can dodge in any direction with the circle button, but it’s unwieldy and doesn’t have any invincibility frames. Locking-on isn’t useful either, since the game will change targets with even the slightest nudge of the right analog stick and will often not lock onto what you want in the first place. It’s also a hard lock-on, as in you press the button once to focus on a target as opposed to holding the button. Action games like Bloodborne and Kingdom Hearts use this same type of lock-on, but combat in the former is more deliberate with fewer enemies and the latter already has attacks home in on enemies a bit by default. In a game with tons of enemies at once like Earthblood, I think a soft lock-on like Devil May Cry or Bayonetta would have greatly benefited the combat system.

Some of Cahal’s abilities attempt to spice up battles by stunning enemies, but there’s no real incentive to use them since simply attacking them will do the same thing. The only worthwhile abilities are those that heal you or do large bursts of damage. These two things are wrapped up neatly in the Fury meter, which once filled allows you to enter a new stance giving you the advantages of both along with a big heal and stunning enemies more easily. So what’s the point in doing anything else when mashing the attack button yields the same and often quicker results? This lack of any useful or even fun variety makes every single encounter the same, or, worse, boring. I never thought a game where you can instantly and easily take on multiple werewolf forms would be boring, but here we are.

Graphically, the game is competent. Environments look fine: mostly drab, grey corridors along with a forest and a desert. Characters are a different story though, their eyes in particular look lifeless. They also appear to have PS2 quality animation, which stand out among the high quality textures and polygon count. In fact, everything about this game reminds me of an old, licensed movie tie-in game from that era. 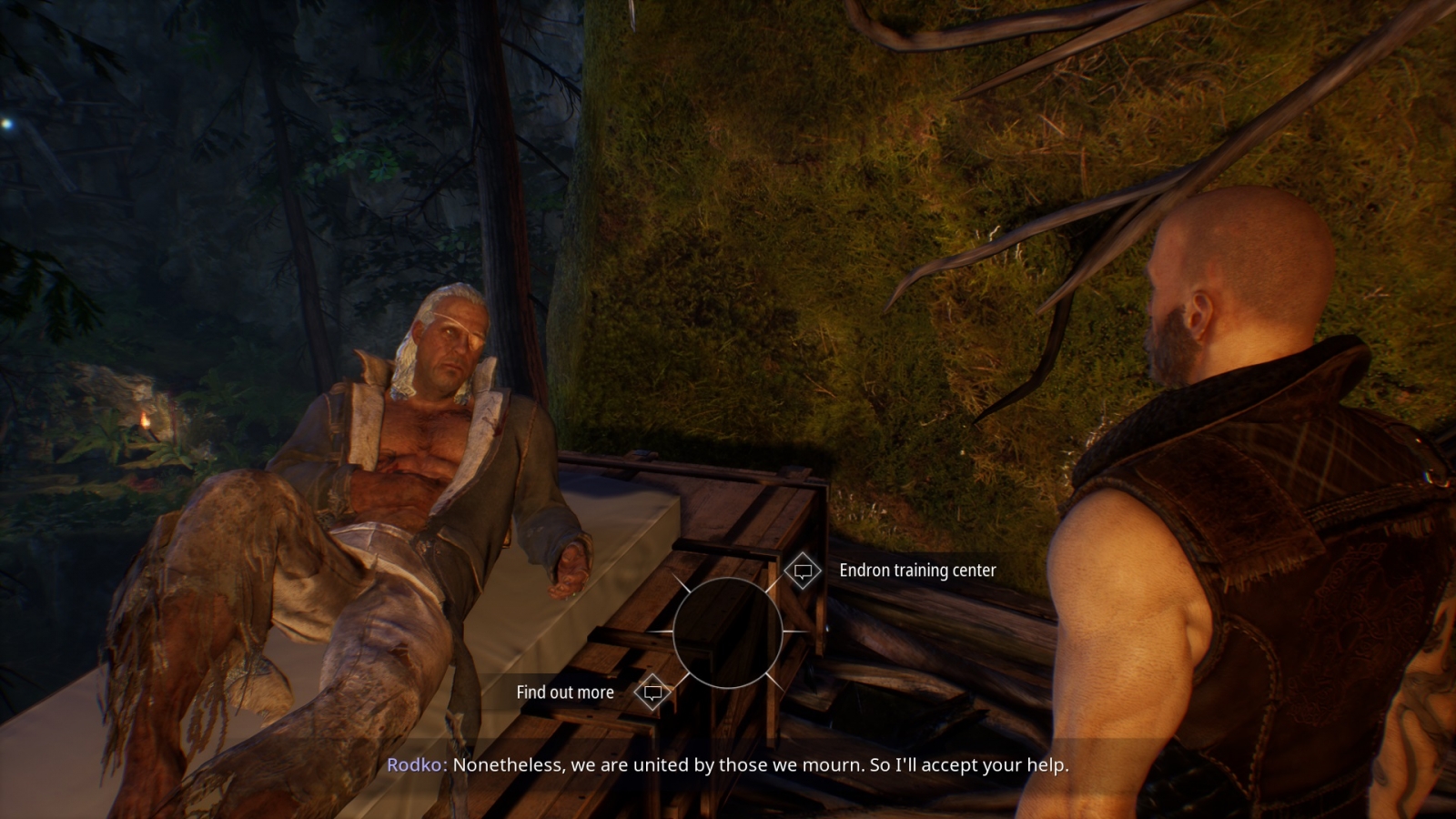 Unlike the previous game I reviewed in the same World of Darkness universe, the story is very generic and likewise boring. It consists of shoving various women into refrigerators so Cahal can get angry and go on a rampage with the help of his pack and various woodland spirits until the game ends. Cahal isn’t an interesting character either: he’s a generic, slightly edgy dad that we’ve seen in so many games written. I will give Cahal one thing though: he has a really bad moustache.

While Werewolf: The Apocalypse - Earthblood may contain interesting ideas, like being able to shift forms in an instant, its gameplay and story are too generic and boring to be worthwhile.

David is the kind of person to wear his heart on his sleeve. He can find positives in anything, like this is a person who loved Star Fox Zero to death. You’ll see him playing all kinds of games: AAAs, Indies, game jam games, games of all genres, and writing about them! Here. On this website. When not writing or playing games, you can find David making music, games, or enjoying a good book. David’s favorite games include NieR: Automata, Mother 3, and Gravity Rush.
Related Articles: Indies, Werewolf: The Apocalypse - Earthblood
Share
Tweet
Share
Submit