Periods of war have been interesting focuses for video games, whether they be WWI, WWII, The Three Kingdoms era in China, and so on. Some take the form of first person shooters, while others lean towards strategy games. One game that dwells in the first person WWII shooter realm is Battalion 1944. The game has been in early access for a while and is now finally fully released. Even though it tries to give players an enjoyable shooter set during WWII, it unfortunately pales in comparison to the various other games that have already done the same thing.

Battalion 1944 is an online only game that offers several modes to play. Similar to other first person shooters, you can play team deathmatch, capture the flag, and domination. These three are under the arcade banner, which makes sense as they are staples of the genre. The downside is that I didn’t see a way to choose only one of the modes and stick with it like Call of Duty and other games do. When you hit arcade, you are thrown into a playlist of those modes and you deal with whatever you get. I personally prefer team deathmatch out of the three, so I would rather be able to avoid the other three altogether. It’s hard to say if it was just my experience or if it’s the way the game always is, but at the end of a match, I was practically thrown directly into another match. At first that may sound nice — very little wait time and less loading time — but it felt abrupt and weird. I like having more time to let the end of the match sink in rather than get tossed from match to match. 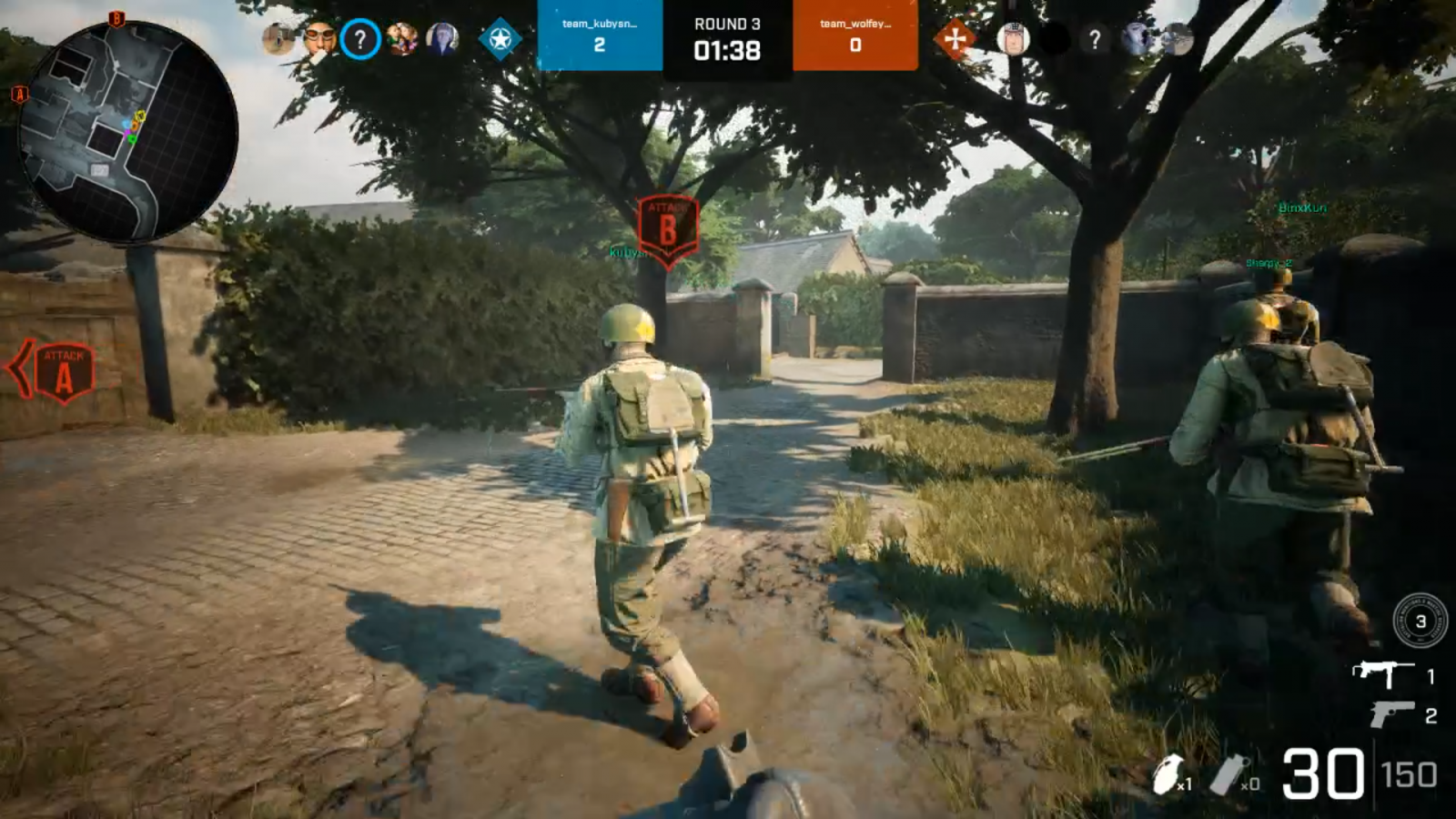 The other mode in Battalion 1944 is Wartide. This mode places players in a 5 v 5 competition where one team defends two areas while the other team attempts to plant explosives to destroy either of them. The attacking team wins by either successfully destroying a cannon or by eliminating the five defenders, and the defending team wins by preventing the explosive from activating before time runs out or by eliminating the five attackers. When the explosive is planted, a timer starts before it blows, so there’s a fair amount of time to defuse it. As mentioned before, wiping out the enemy team is a way to win; in fact, it’s honestly the easiest way to win a round compared to dealing with the explosives. When a player dies during the round, they’re gone until the next round. This means that they tend to go quick. That’s nice for those who want some quick firefights, but if you aren’t good at the game or just have bad luck, then it’s awful. You carefully move forward, waiting to take out an enemy, and boom, you’re dead. Now you’re stuck waiting until the next round. It’s no fun playing for 30 seconds and then being out after doing very little.

Wartide matches consist of as many rounds as it takes for one team to win 15 rounds. This requirement seems too high in my opinion and I felt that it dragged on for far too long. I wanted to stop playing part way through, but only stuck with it so I wouldn’t screw over my teammates by leaving early. If the game reaches 15 rounds without either team winning the entire match, then the teams swap sides. This allows players to attempt a new objective for a while. Even so, Wartide boils down to players trying to eliminate the other team rather than focus on planting or defusing the explosives. At that point, you might as well be playing team deathmatch without respawns. 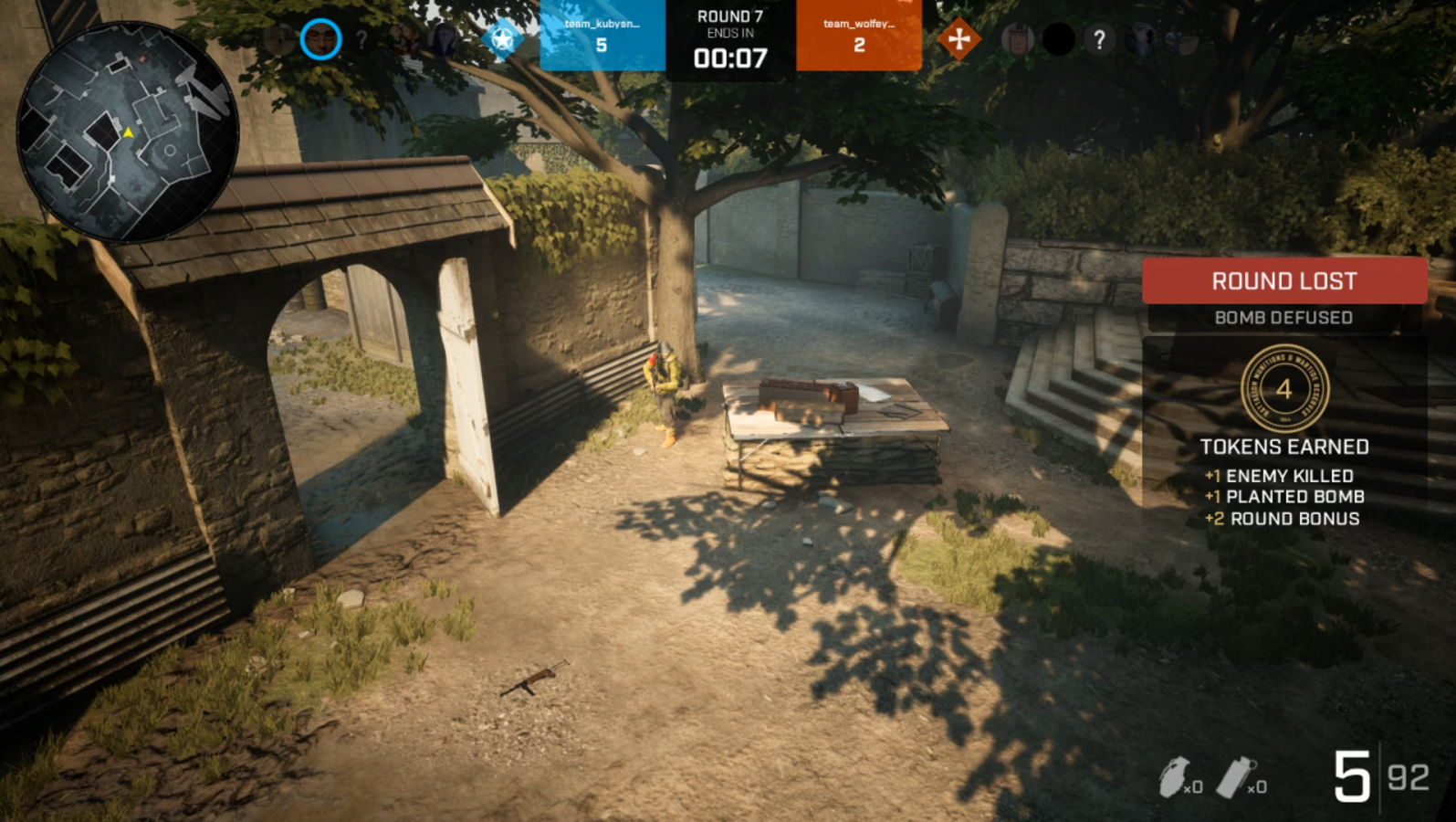 The gameplay is alright. The controls were responsive and being able to change the bindings was nice. I’ll be honest, I’m not great at first person shooters, especially in online modes. That doesn’t mean I don’t enjoy them; in fact, I’ve played multiple Call of Duty games online because even though I did average or below average, I had fun. That’s not the case with Battalion 1944. I barely got to do anything during matches before getting annihilated, which is frustrating. Sometimes that was due to me losing a firefight, other times I got gunned down without ever seeing them, and the most annoying was spawning and getting killed after about 15 seconds or so. The spawns in relation to enemies felt horrible and caused me to end up in an enemy’s line of sight almost immediately. Spending most of your time dying and waiting for the respawn timer is a quick way to turn you off to a game. Again, I admit that part of this is on my skill level, but with the way the game is, there’s not much that makes me want to continue playing.

The game runs fine, but has its problems. I didn’t have any major issues running and shooting, but while moving around, I did experience a fair amount of framerate issues. It didn’t always happen, but I did see some very noticeable issues such as some jittery or blurry lines stretching across the screen while running and turning at times, making what was on screen appear as if you were looking through warped glass, thinning out the images. It didn’t ruin the game, but it took me out of the fight whenever I noticed it. 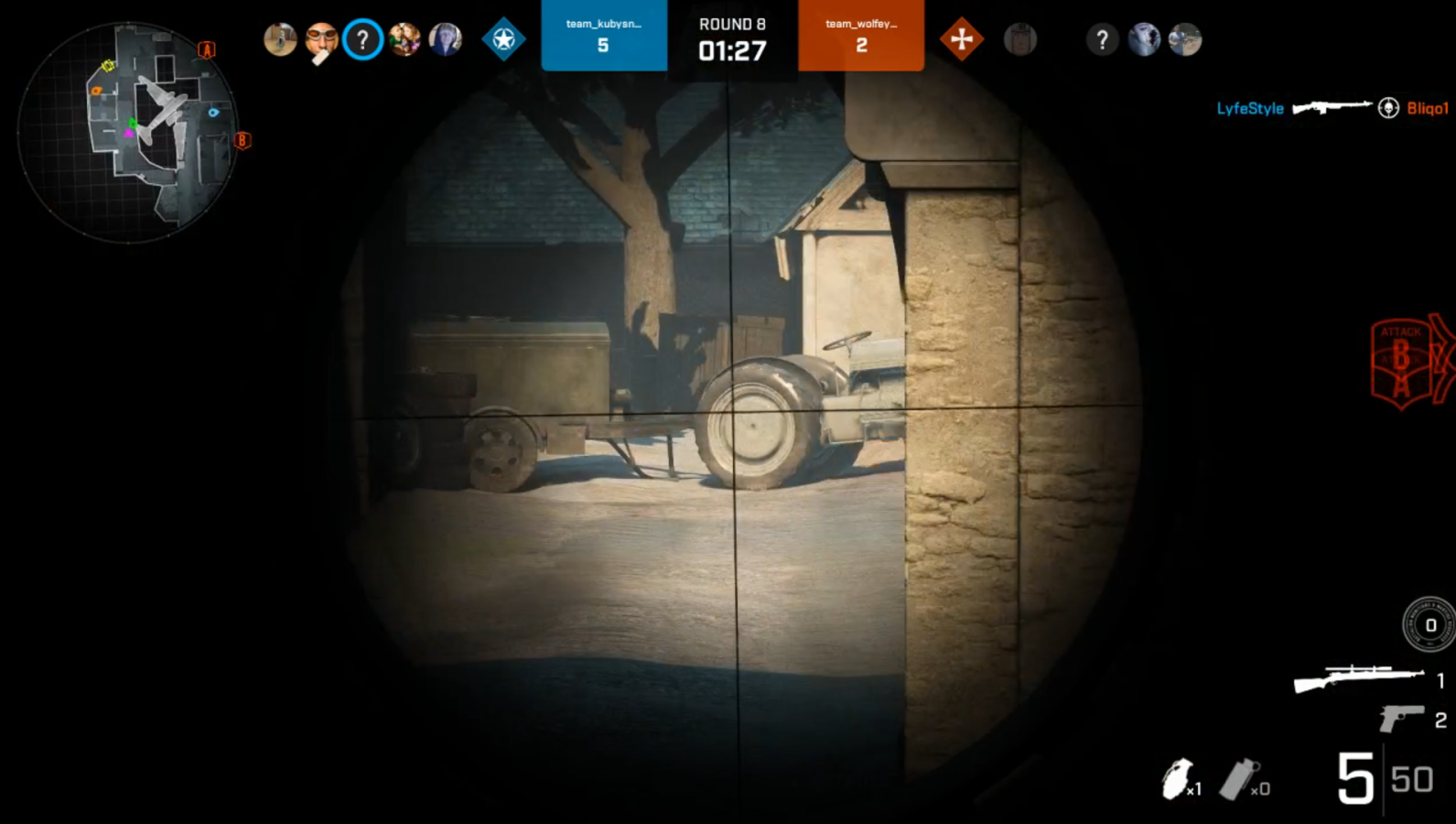 All in all, Battalion 1944 isn’t a horrible game, but I wouldn’t call it good. It’s alright for what it is, but I wouldn’t go farther than that. It costs $19.99 normally, but is currently on sale for $16.99, which I feel is still a bit too much for the game I played. Unless you really want a cheaper, less polished version of WWII shooters, then I think you’re better off saving your money. Some people may like it, while others won’t; I’m sadly in the latter camp. Maybe if some graphical issues, respawn locations, and so on are improved, then it might be more worth it. Until then, I’m refraining from deploying again.

Battalion 1944 is a WWII shooter that doesn't do much to set itself apart or feel very memorable. The gameplay is alright, but bad spawns and quick deaths can be frustrating. Graphical issues are noticeable and break immersion. Wartide drags on for too long.

Codi loves to play video games and watch movies. He will watch almost any kind of movie just to experience them. His ideas take inspiration from the shows and movies he watches, and games he plays. He also loves a good pun.
Related Articles: Battalion 1944
Share
Tweet
Share
Submit