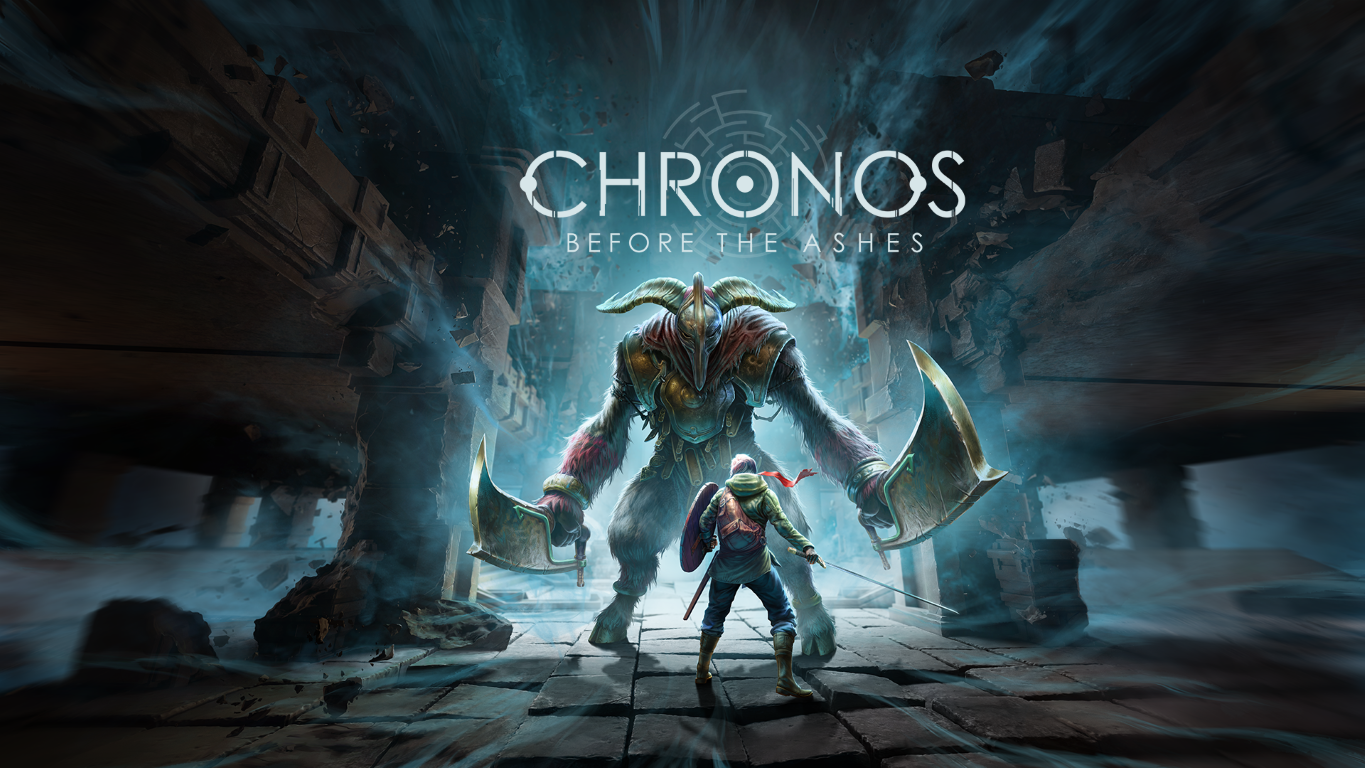 Chronos: Before the Ashes is developer Gunfire Games’ prequel to its fan-favorite title Remnant: From the Ashes. The game noticeably tries to be both innovative and intriguing yet also struggles with many important aspects of what makes a game both of those things. The first thing I noticed upon launching the game is how it looks and plays almost identically to its predecessor despite its noticeable lack of ballistics.

This time, however, as it is a prequel, Chronos aims to portray the events that occurred prior to its predecessor by plunging players into the role of a young adventurer who’s tasked by his people with defeating a malicious and all-powerful Dragon. What differentiates this story compared to your average cookie-cutter RPG plot, however, is that should the chosen hero ever fall in battle, he will be thrown off the game’s world only to return the next year. 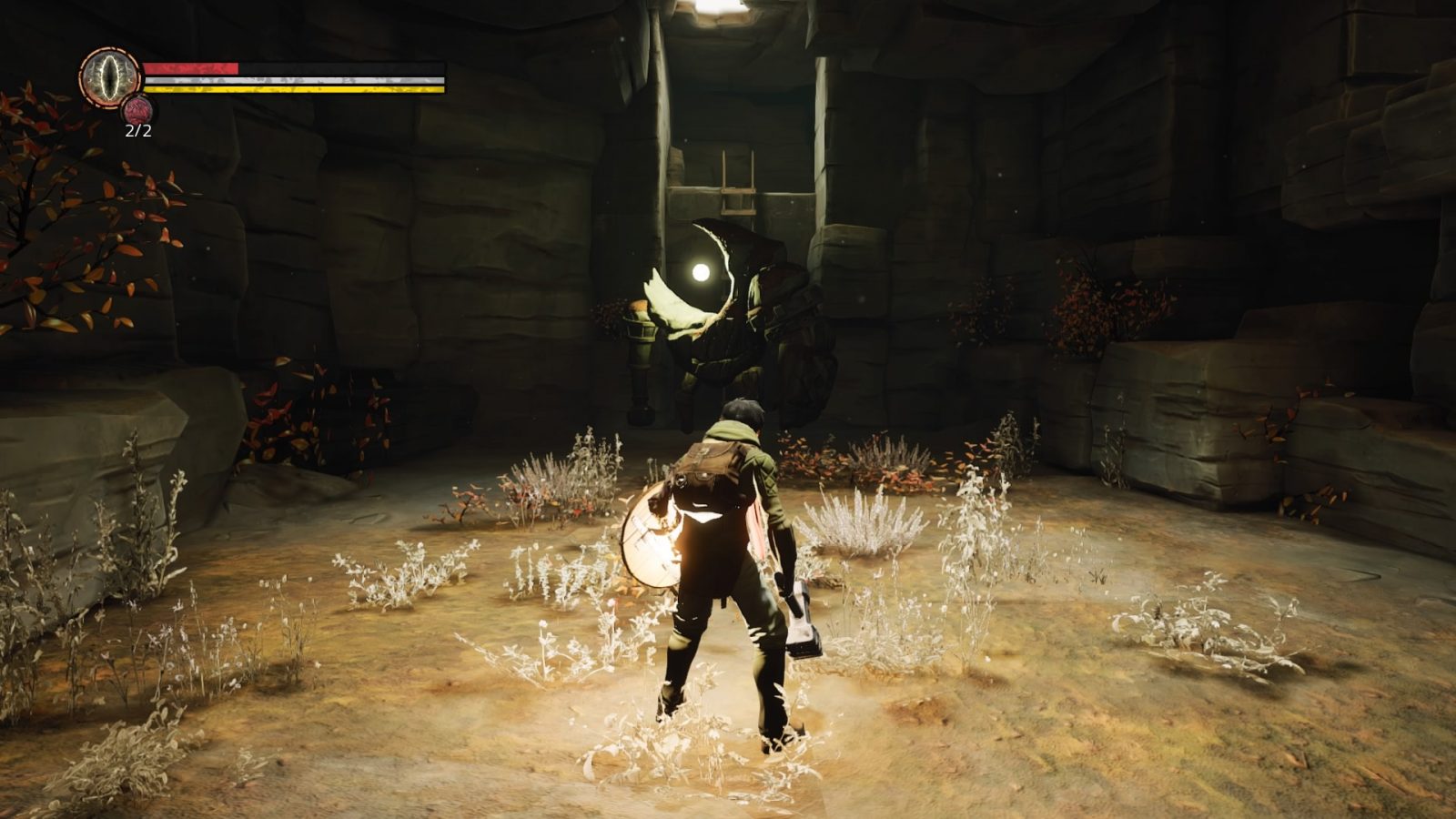 I found this feature to be interesting both narratively and in-game. Whenever the player dies, their character will age a whole year. At first, the change is insignificant, but die enough, and you’ll start to notice the character’s physical features deteriorate, such as their hair, skin, and stature. Additionally, the player will find it hard to level up their character’s strength and agility as they age as it costs more points to do so, but leveling up their arcane also becomes easier with age. Players will also have access to various perks to choose from every ten years, from increased health and strength to extra XP with each kill. Not many games take advantage of the biological factors of an in-game avatar, so seeing Chronos take this innovative approach was quite refreshing.

Combat-wise, Chronos takes the Dark Souls dodge, block, parry, and attack approach but is significantly slower even compared to the iconic series. This means that the character’s reactions are also slower, making many encounters with specific enemy types quite irritating. Besides that, the enemies attack much quicker than the player yet still have predictable movesets. Additionally, like the previous game, the player does not drain stamina with each attack. This causes some balancing issues in this game especially, as it means a player can easily stun-lock some enemies under the right circumstances. 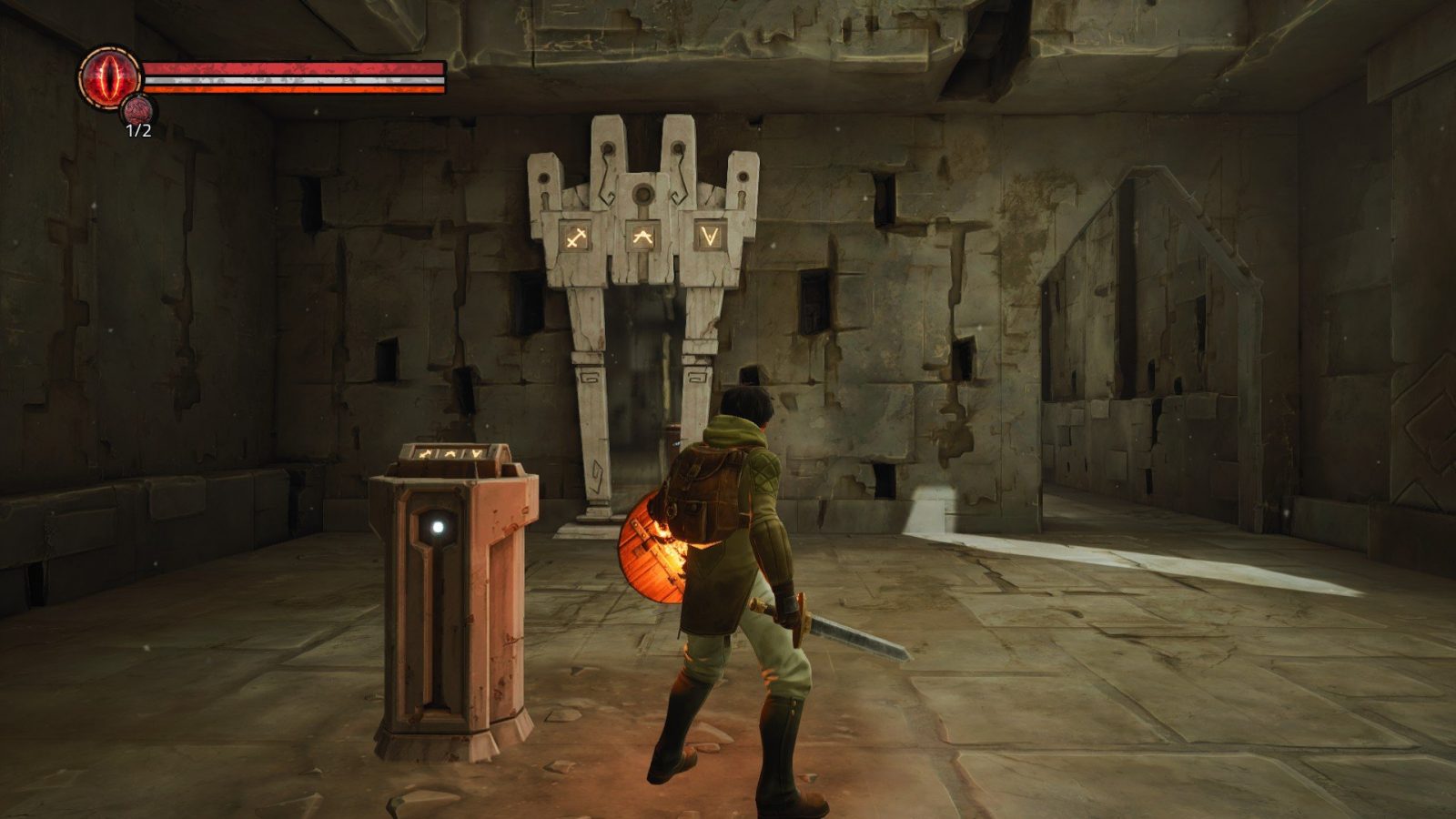 Another addition to gameplay in Chronos comes in the form of the Dragon Stones. These objects serve as magical items that work in a variety of ways from adding more damage to the player’s weapon, to absorbing health from the enemy once the bar is filled up, which is done by dealing damage to enemies. While these buffs only last for a short time, I still found that they come in handy on several occasions.

When not dueling with the game’s enemies’ players will progress from one location to the next by solving a variety of practical puzzles, many of which consist of the player finding a key item in one area and bringing it to another. These puzzles aren’t hard, especially once you figure out the pattern for each of them. And while some can be quite frustrating, they are still designed quite well overall. 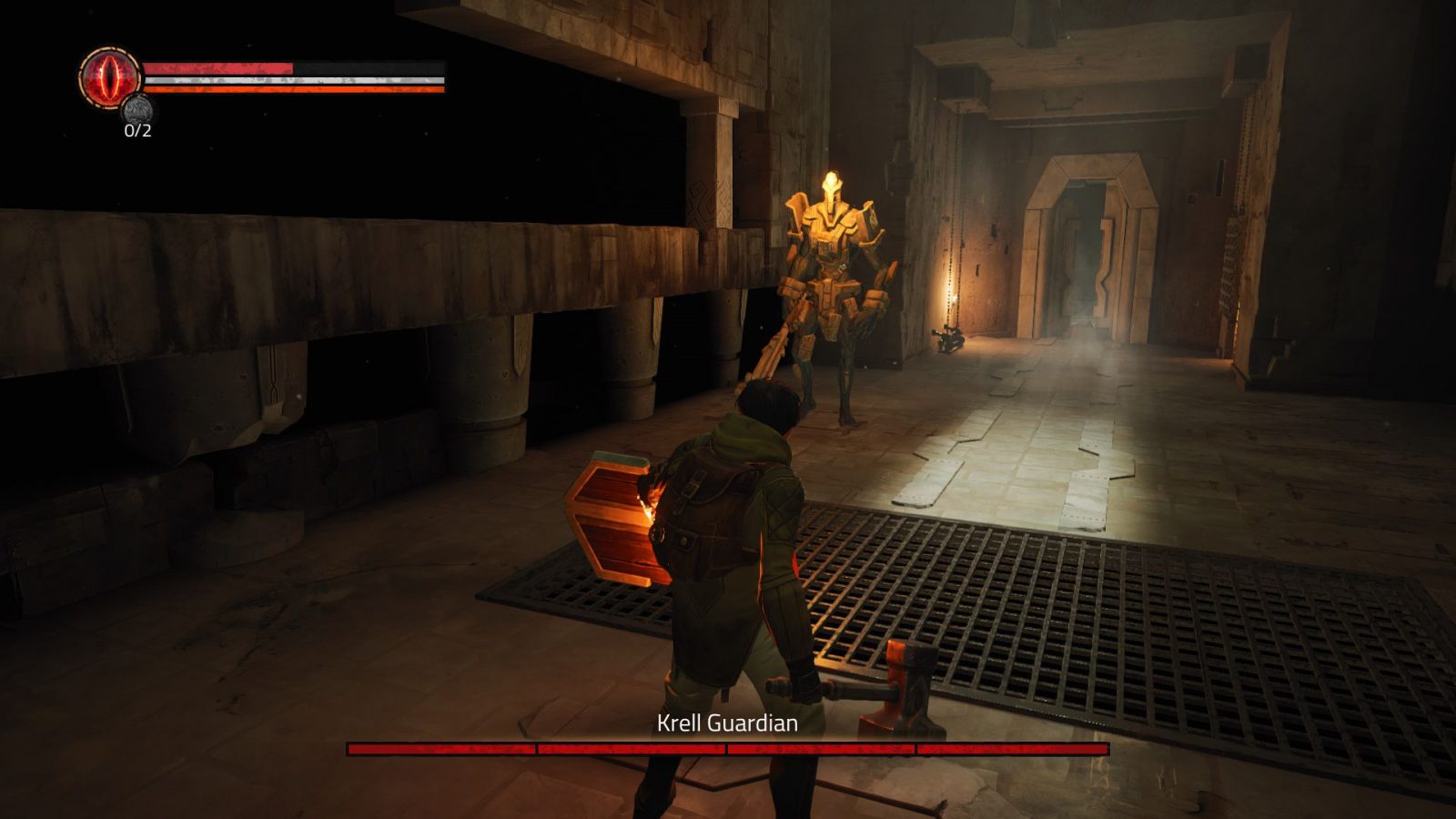 One thing I enjoy about Chronos is its impeccable, sometimes even awe-inspiring level design. Each location in the game gives an impression of a once-thriving kingdom with people living their lives, now lost to greed and war. Some areas are vibrant, lush, and inviting, while others are dark, narrow, and desolate. The game’s level design also pushes its fantasy aesthetic with strange portals, magic mirrors, and intriguing enemies. Players can also track the game’s lore by following letters left behind by various citizens outlining the events that came before the kingdom’s downfall.

Sadly, while Chrono’s level design aids the game’s potential in terms of world-building, it still fails to execute it properly. The game sets up the foundation by introducing the world and even some characters but does not go far enough to grasp the player’s attention enough for them to care. What’s more, the game is also less detailed compared to its predecessor as it’s considerably shorter, includes fewer bosses, customization options, upgrade materials, and weapon variety. It also isn’t difficult enough to help extend its length. This ultimately means players who know what they’re doing can comfortably finish the game in just three to four hours. 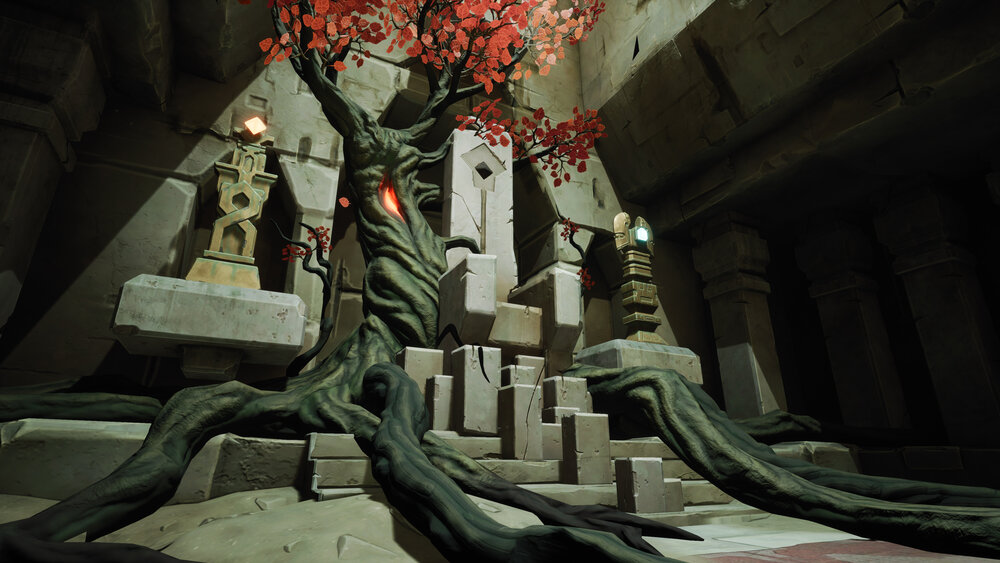 Overall, Chronos: Before the Ashes is a tough game to recommend to Remnant fans, as it is a comparatively jarring experience, to say the least. Nevertheless, I still believe that while the game does not live up to its full potential, it still has just enough charm to be worth at least a try for hardcore fans of the action-RPG genre.

Chronos: Before the Ashes

Chronos: Before the Ashes is a tough game to recommend to Remnant fans due to its comparatively flawed combat system and less amount of content overall. Nevertheless, I still believe that while the game does not live up to its full potential, it still has just enough charm to be worth at least a try for hardcore fans of the action-RPG genre.

Abdul Saad is an avid gamer and computer geek. He's been writing for four years on news, reviews, previews, and more on multiple gaming sites. When he isn't writing or playing the latest JRPG, he can be found coding games of his own or tinkering with something electrical.
Related Articles: Chronos: Before the Ashes
Share
Tweet
Share
Submit