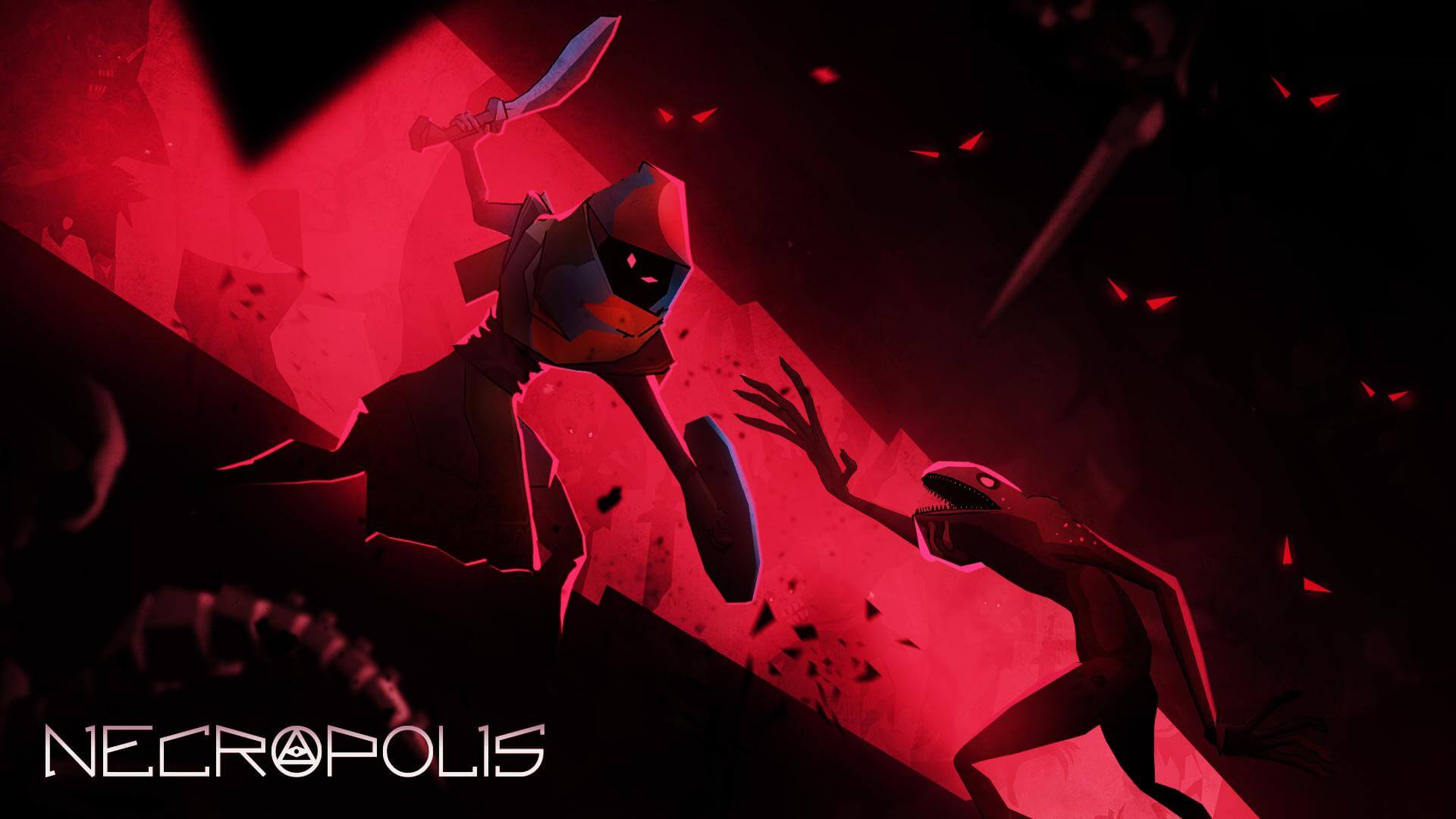 It’s hard to go wrong with a rogue-like dungeon crawler game. It’s a simple gaming formula that caters to a large demographic, and with some creative designs can end up being a unique and fun experience. Though, as a game with a simple formula, sometimes it can be difficult to break the mold with something memorable or groundbreaking, if that is one’s goal as a game designer.

While I initially didn’t know a lot about Necropolis apart from what it’s trailer showed, I was interested. That at least shows Bandai Namco at least knew how to market the game. It looked clean, sleek, and unique. It also taught me a lesson about doing my research about a game before being thoroughly confused when the permadeath mechanic comes into play.While this isn’t necessarily a bad thing, and is a unique feature that sets it apart, I quickly grew tired and frustrated with trying to experience the whole game in order to get a fair and full review. I at least got to see the random dungeon generator at work, which took dozens and dozens of new games until I started to see some map repeats, and even then every twist and turn of the dungeon was still different.

There are two different ways one can play Necropolis: The swift Blackguard, or the hard hitting Brute. While the Blackguard can get more hits in, he/she does less damage. The Brute deals more damage, but is left vulnerable more often because of the long drawn out swings it takes to deliver said damage. In this regard, it’s entirely the player’s preference to how they wish to approach the dungeon.Underneath the brutal survival and constant death, there seems to be some remnants of a story that revolves around the legacy of Abraxis, a powerful archmage that crafted Necropolis to hide all his secrets and “a place that he did his laundry”. (As a side note, the wit in Necropolis is pretty funny and possibly one of my favorite elements of the game.) However, with all of the restarts and shattered pieces of the story provided, it’s difficult to make anything out more than cryptic sounding records followed by a humorous punchline.

There are a number of aggressive enemies to fight, as well as some innocent critters to slaughter and loot for gems and crafting materials. Some dungeons generate things like spike traps and rotating bridges. Hopefully you can last long enough to experience it before getting sent back to the beginning.

There are a few things that carry over from each time the player dies. The first are tokens, accumulated through dungeon crawling, and they can be exchanged for codexes at the scriptorium. Codexes are nifty items that carry over from death, but only one can be equipped at a time. Codexes give effects to the player that can provide benefits such as not needing to eat as often or being able to jump further, or, and I’m not kidding, allowing the player to eat rotten food without vomiting on the floor.

I enjoyed Necropolis enough to try and keep playing to get the full experience, but I myself never got past Level 2 out of 10. And there is no option to adjust the difficulty, so it ends up being a grind just to survive. Perhaps that’s what some people want out of a game, but for me, I want to feel like I’m getting some sort of progress, and constant permadeath doesn’t quite do it for me.

There are also quests given upon entering a dungeon: Kill a certain amount of this particular monster, destroy this number of structures, become invisible, etc. While I may have completed one out of the three that are given in the beginning, I’ve never actually completed an entire set before dying. Again, it’s that territory where I ultimately felt like I’d wasted a lot of effort without accomplishing anything.

I don’t want to criticize Necropolis too harshly for, perhaps, simply not being my cup of tea. It was free of any bugs and the animation was very fluid and smooth, especially the fighting movements. The designs of the characters are easy to pick out of a crowd, and the enemies are plenty engaging. I sincerely wish I could have enjoyed it more than I did.

There were a few elements that I really enjoyed, but it wasn’t a game I personally wanted to keep playing because of the lack of satisfaction. The dialogue was hilarious, though, and the combat still very engaging, but it’s definitely an acquired taste.