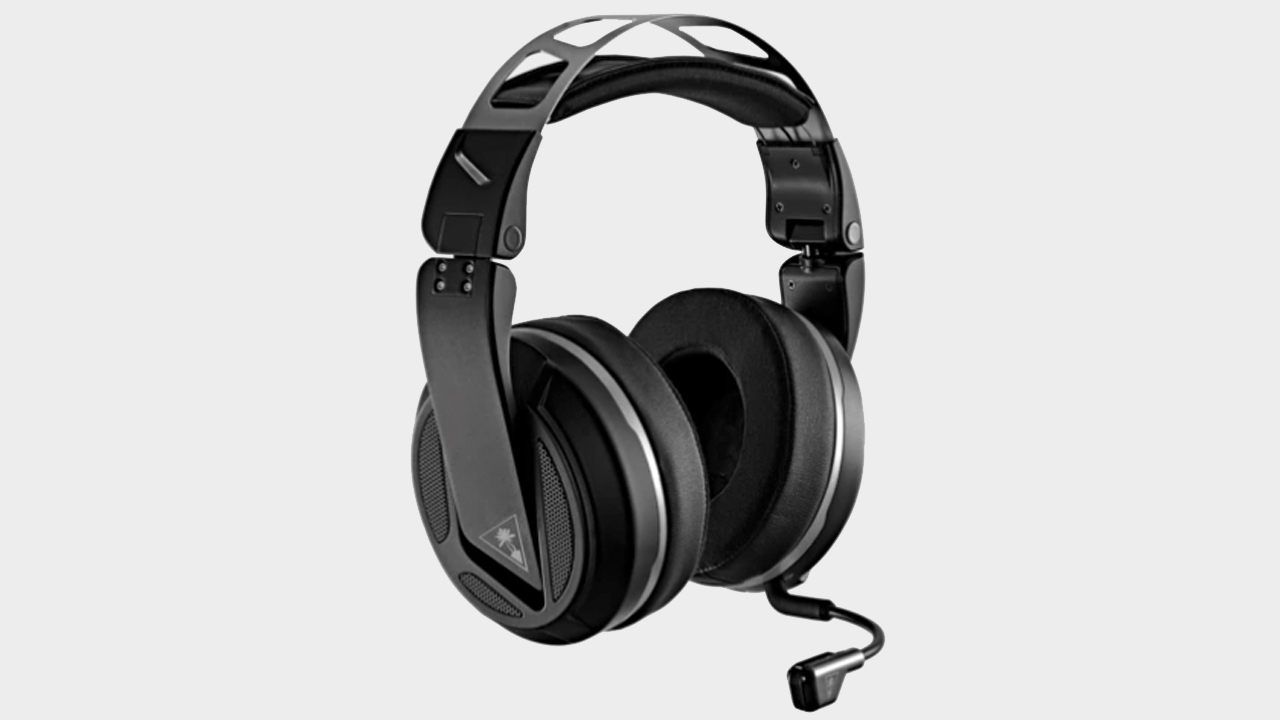 Turtle Beach has established itself as one of the best peripheral manufacturers on the block, and their audio solutions have been ticking all the boxes lately. Now, they are looking to tick the wireless box with their newest flagship headset, the Elite Atlas Aero Gaming Headset. As more headset manufacturers free themselves from wires, will Turtle Beach’s newest hardware measure up?

As I’ve mentioned in many headset reviews, good audio is one of those things that many people neglect. It’s unfortunate, too, as it’s to their own detriment when playing a game with any level of stealth because good audio can be the difference between being top dog or waiting to respawn. I personally use the Elite Pro 2 headset and find it to be one of the most comfortable and clear cans I’ve ever put on my head. That said, my wife and I fight over the one Elite Pro Amp as the Elite Pro 2 plugs into an audio jack. If I could free myself from these wires, while still maintaining the same comfort level, I would be oh so happy. 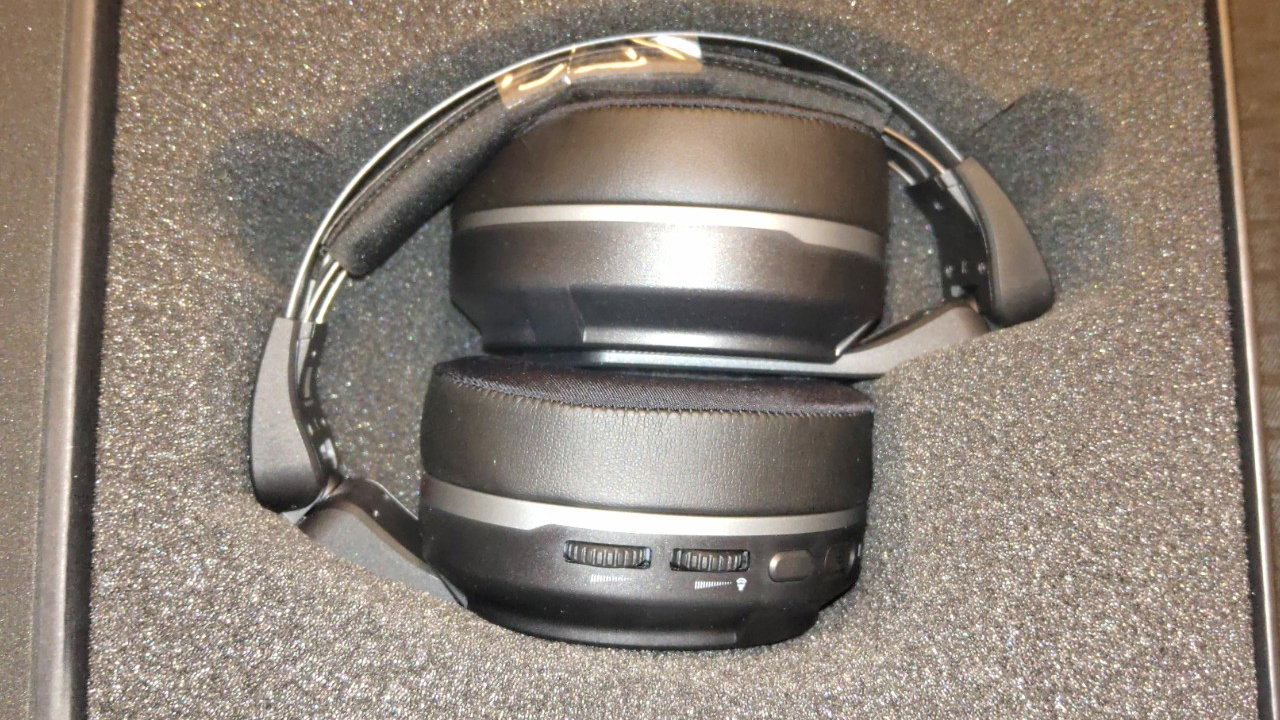 These fold up to an exceptionally compact form.

Opening the box, it is immediately apparent that the Elite Atlas Aero carries a great many of the same traits as its wired cousin. The same removable/replaceable leatherette-covered thick memory foam ear cups, the same removable microphone, and the same drivers. After a few hours on the charger, it was time to pop these on and see if they are as comfortable as they look.

Though they already nailed the aesthetics with the Elite Pro 2, I was happy to see some improvements, as well as some unfortunate oversights. Working from outside in, the most critical pieces shared between them are nearly identical. Supported by a lightweight metal band on top, with a padded, swappable, cooling gel strap for adjustment underneath it. The arms (which still swivel to sit cleanly on the front of your clavicle) have a slight change to accommodate one of the best improvements to come to the platform — folding. With a two-stage (and heavily reinforced) folding arm, either side can fold in completely, resulting in a remarkably compact form that stores nicely. 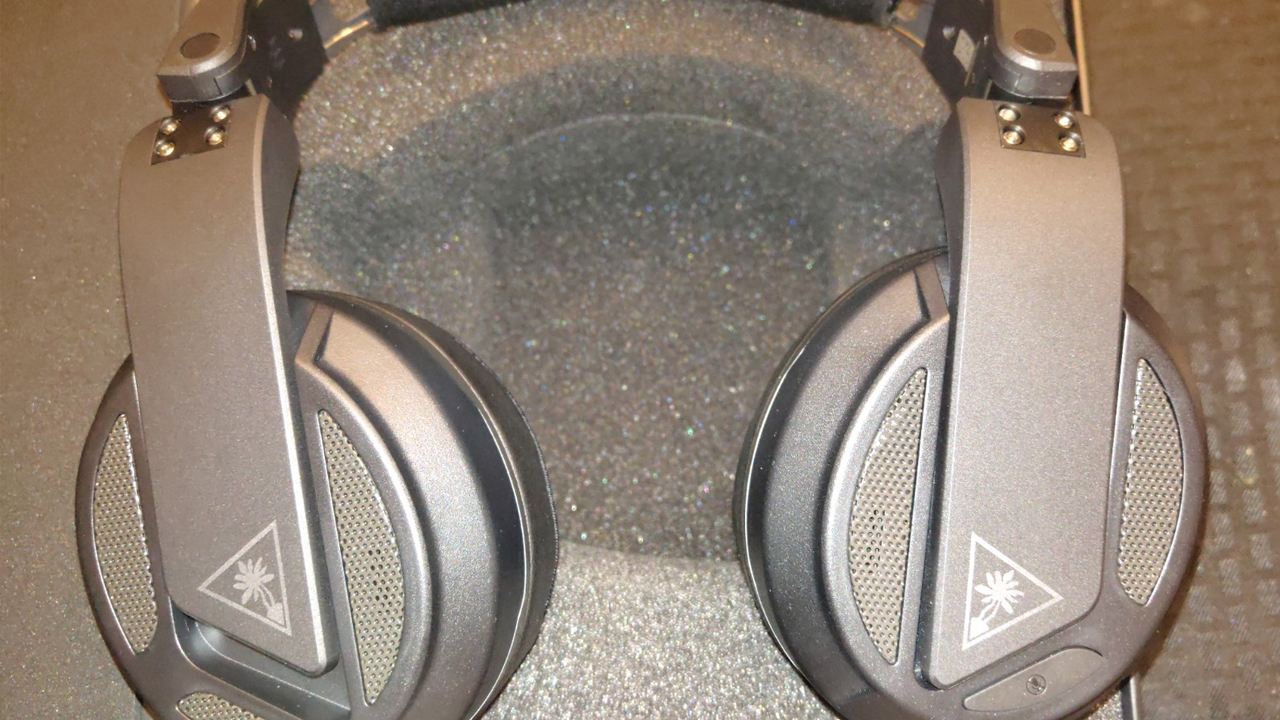 Unfolded, they sit comfortably on the body.

Making its way down the arms you see the secondary adjustments to the headset — the three-position points on the outside of the ear cups. Combined with the aforementioned headband adjustments make for a snug and comfortable headset that should suit most people (though I could see it being a challenge if you have larger than average ears). Speaking of the ears, the removable earcup pads are a small deviation from the Elite Pro 2. While the Elite Pro 2 had pads that were held on by magnets, the Elite Atlas Aero’s pads are held in place by four nubs that fit snugly in the body of the ear cup. It’s not a detractor, other than it means that they aren’t interchangeable. Similarly, the way the arms move up and down the body of the headset instead of inside of it, it also means that this headset doesn’t support the interchangeable side plates like the Pro 2 — I leave it to you whether this matters or not. That said, there is a nice little cubby to store the transmitter inside the right ear cup, which is pretty handy — small tradeoffs.

All of the action on the Elite Atlas Aero takes place on the left ear cup. Unlike the Elite Pro 2 where controls lie on the cord or in software, the Atlas Aero has all of the controls physically located within arms reach. Directly on the bottom is a 2.5mm headphone port for the removable boom microphone. The mic, just like the one on the Pro 2, has noise cancelling properties and is very flexible. Moving towards the rear, a 3.5mm standard audio jack port allows these microphones to be connected to any audio source that has a similar port, including the Nintendo Switch or a PC.

A wealth of options at your fingertips.

The next port is really one of the only things that bug me about the Atlas Aero — the continued use of the micro-USB. Where so many manufacturers have moved onto Qualcomm Quickcharge 3.0 or 4.0, so many continue to use micro-USB. While everything else about the Aero seems to have gotten the upgrade touch, this one aspect means keeping the now one-off cable handy to charge.

The last four buttons headed to the rear of the device are the indented power button, a button that juts out that we’ll talk about later, and two large physical volume knobs. The two knobs, I’m happy to say, are discrete audio adjustments — one for in-game chat, and the other for game audio. This is extremely helpful in games where you need to hear what’s going on, but also need to clearly make out what your teammates have to say. The final physical button lies on the outside, and as you might suspect, it’s the mute button. Easily accessible, these buttons take a little getting used to in terms of layout, but they are all different enough where you can find them easily.

The remainder of the buttons, and the charging port.

The button I mentioned that sticks out a bit amidst the others is a programmable bonus that I admit I didn’t expect. By default, this button activates what Turtle Beach calls “Superhuman Hearing Mode” which pushes the sound envelope closer to the higher end where human speech lives. It helps with hearing Sombra’s shoes sneaking up behind you in Overwatch, that crawling sniper in Battlefield V, or the hissing movement of the Xenomorph in Alien Isolation. That said, it’s not the only trick up its sleeve.

Using the Turtle Beach Control Studio, swapping out the functionality of this button is as easy as a few clicks. There are a wealth of options available in Control Studio, with a dropdown full of presets, as well as pre-set options for microphone sensitivity, and discreet options to adjust bass, treble, the noise gate, and much more. Suffice it to say, there’s enough options in here to make the headset and microphone your own. 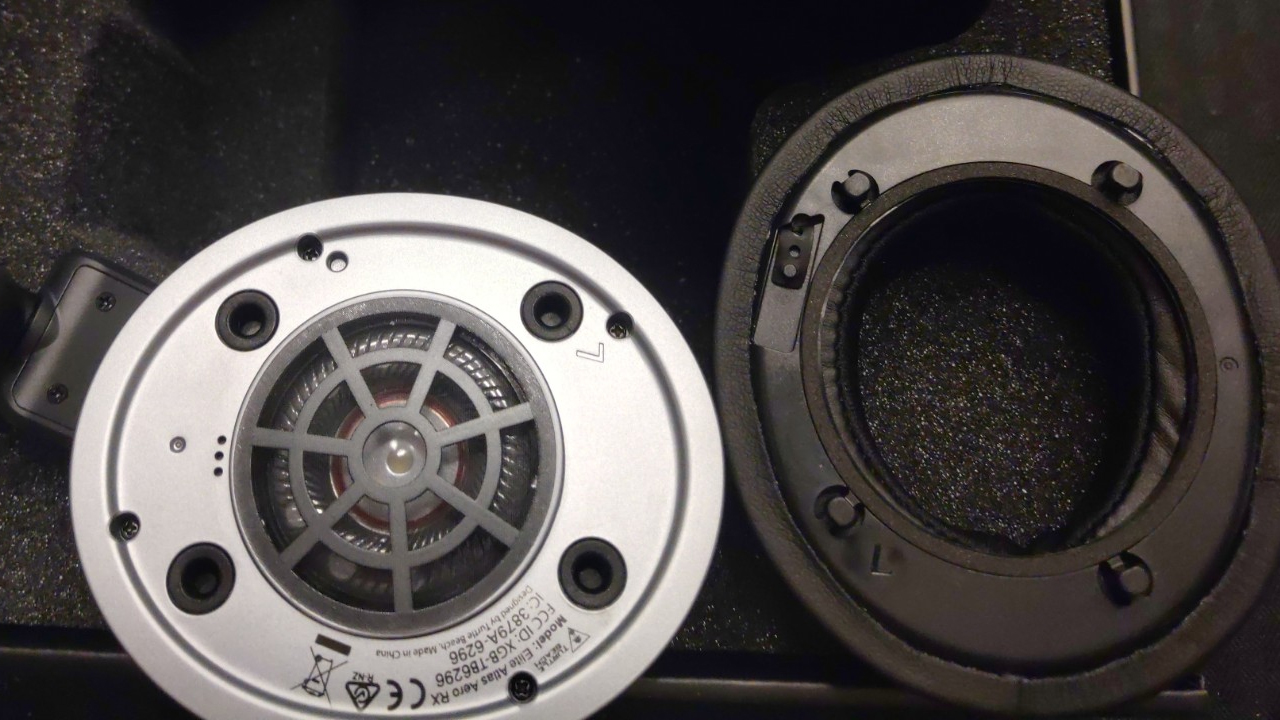 These 50mm drivers are powerful.

Like the Atlas and the Elite Pro 2, the Atlas Aero sport a 50mm set of neodymium drivers — something not frequently seen in any other headset at this price point. They are calling them “nanoclear” this time around, though I can’t rightly tell you what that is beyond marketing. I can, however, say that they are crisp, provide a clean sound with solid bass, and with a 30 hour battery, are meant to keep you rocking all day long. As an added bonus, as is the case with all recent headphones from Turtle Beach, these are also glasses-friendly, providing a small channel for your glasses. I use them with my Gunnars and have had zero comfort issues as a result.

There is one outstanding question you’ll have to answer for yourself before you pick up the Atlas Aero, and it is absolutely a matter of affordability. The Elite Atlas Pro 2 I keep mentioning have a retail price of $250, whereas the Atlas Aero come it at a more reasonable $149. Having used both of them extensively, and hearing little to no difference between them, it’s hard to believe. The Atlas Aero’s sound quality, comfort, and utility is unrivaled, other than by its bigger brother, and that’s music to my ears.

With a robust 30 hour battery, excellent comfort, and fantastic audio quality, the Elite Atlas Aero is an amazing wireless headset. The compact design and 3.5mm jack compatibility makes it highly portable, and the discreet chat and game audio controls means always hearing your battlefield clearly. At a price half that of its rivals, the Elite Atlas Aero delivers on all frequencies.

Ron Burke is the Editor in Chief for Gaming Trend. Currently living in Fort Worth, Texas, Ron is an old-school gamer who enjoys CRPGs, action/adventure, platformers, music games, and has recently gotten into tabletop gaming. Ron is also a fourth degree black belt, with a Master's rank in Matsumura Seito Shōrin-ryū, Moo Duk Kwan Tang Soo Do, Universal Tang Soo Do Alliance, and International Tang Soo Do Federation. He also holds ranks in several other styles in his search to be a well-rounded fighter. Ron has been married to Gaming Trend Editor, Laura Burke, for 21 years. They have three dogs - Pazuzu (Irish Terrier), Atë, and Calliope (both Australian Kelpie/Pit Bull mixes).
Related Articles: Elite Atlas Aero Gaming Headset, Hardware
Share
Tweet
Share
Submit