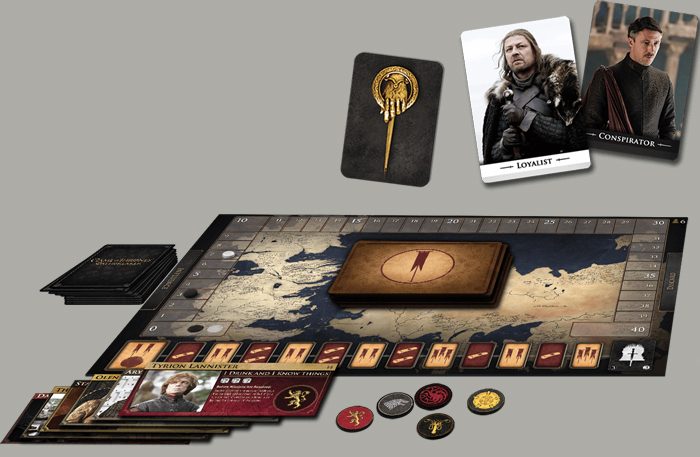 Few times have I felt more betrayed than when I realized my best friend of more than a decade had been secretly plotting against me in the shadows to usurp my throne and bring about my demise. This is what it’s like to play Game of Thrones: Oathbreaker, a game of bluffs and social deduction where no one can be trusted and everyone has their eye on the throne.

In Oathbreaker, one player is made king and the rest of the players are dubbed nobles and secretly assigned roles as loyalists or conspirators working for or against the king, respectively. Each round nobles help or undermine missions to cause order or chaos to rise in Westeros. The conspirators do their best to subtly manipulate events and cause the kingdom to fall into ruin, while loyalists try their best to strengthen the status quo and ensure the king’s success. After each mission, the king awards “favors,” helpful boons, to those he believes to be his allies and “suspicions,” which do the reverse. Meanwhile each player, whether they be a treacherous conspirator or steadfast loyalist, works to complete their house’s own personal goals and gain an edge over the others.

While the secret traitor mechanic is commonplace these days, Oathbreaker’s unique role of king sets it apart by singling one player out as an unbiased arbiter to stand in judgement and do all in his power to sniff out any would-be traitors. And this is Oathbreaker’s killer feature. Although the king can never win the game, the role offers an endlessly entertaining opportunity to be the ultimate authority lording over his subjects with a wary eye, and it’s a completely different experience from playing as a noble. And the king’s success or lack thereof in detecting where players’ loyalties lie has an enormous impact on the results of each round, as well as the outcome of the game. In other words, you can win the game by convincing a single player to trust you, even as the others stand in indignant disbelief. It’s a mechanic I’ve never seen before, and it’s truly a ton of fun to play around with. The only annoyance you’re likely to encounter with this mechanic is in the fairly high threshold of players required to play. Because you need a king, some conspirators, and some loyalists, you’ll need at least 5 players to play, with a maximum of 8. It can be pretty difficult to get 5-8 people around a table, much less to have them pay attention for the duration of the game.

Other details, like each character’s unique ability and personal objectives have consequences both in how the game is played and in determining winners and losers. Once the loyalists or conspirators win the game, the true winner or winners are determined by those among the winning faction who were able to complete their secondary objectives. The special abilities of one’s chosen characters help to give you an edge in accomplishing one’s objectives, like having the ability to steal other players’ cards or to give cards to yourself or other players who you believed to be aligned with you. 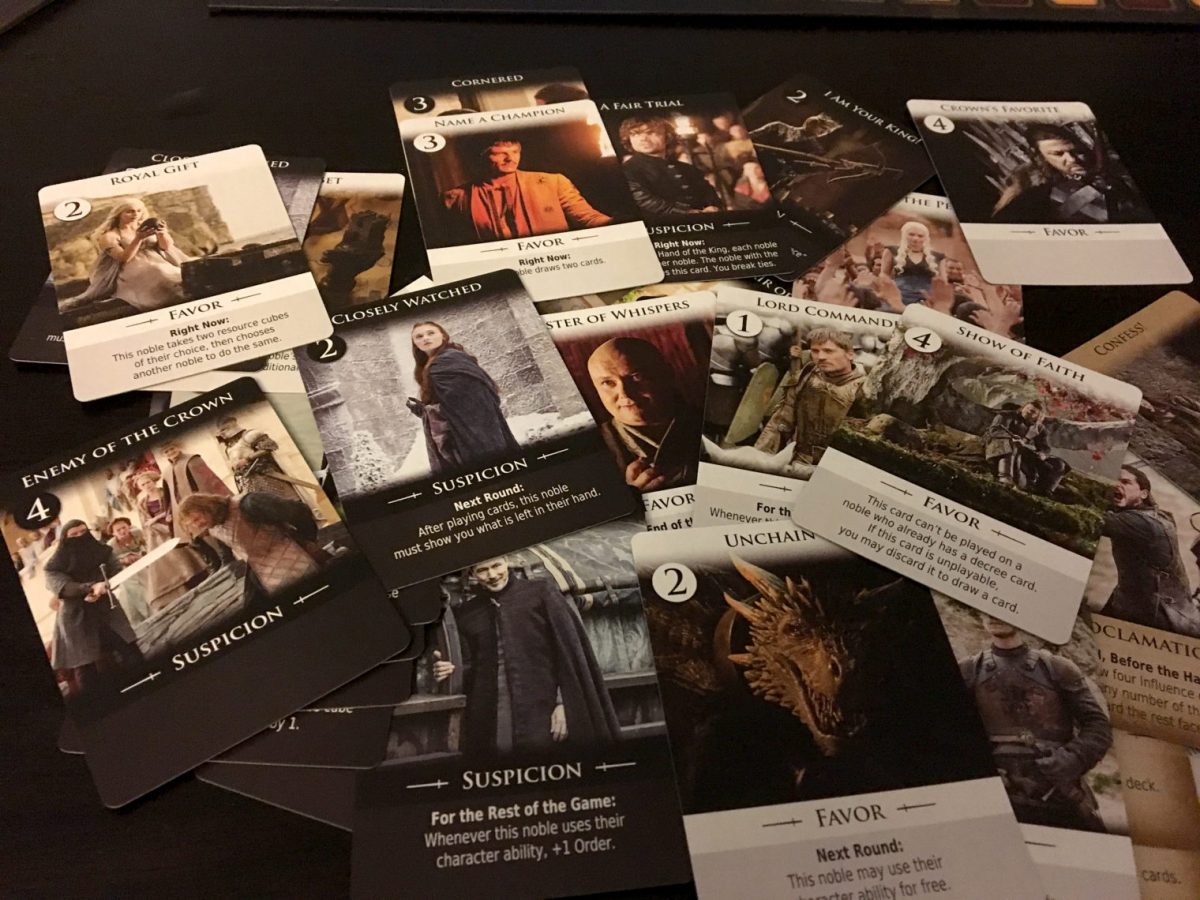 The game’s pieces are very high quality, with a wonderfully detailed map of Westeros upon which the drama plays out, to the noble house tokens each player represents themself with. Really the only problem with the game pieces themselves is that there aren’t enough mission cards to last for more than a few games without repeating, which can make things seem stale fairly quickly (although your mileage will vary depending on the company you find yourself amongst).

Game of Thrones: Oathbreaker brings a royal twist to a classic game of deception that makes it a uniquely satisfying and exhilarating experience. For those hoping to live out the high stakes drama of Game of Thrones, this game is likely to scratch that itch.

You know that jerk online that relentlessly trash talks you after every kill? That guy was probably Travis "Tie Guy" Northup. Competitive, snarky, and constantly wearing a tie, Travis has been writing his opinions about electronic media since he was a teenager, and is pretty much the only person to hold his opinions in high regard.
Related Articles: Game of Thrones: Oathbreaker, Tabletop
Share
Tweet
Share
Submit