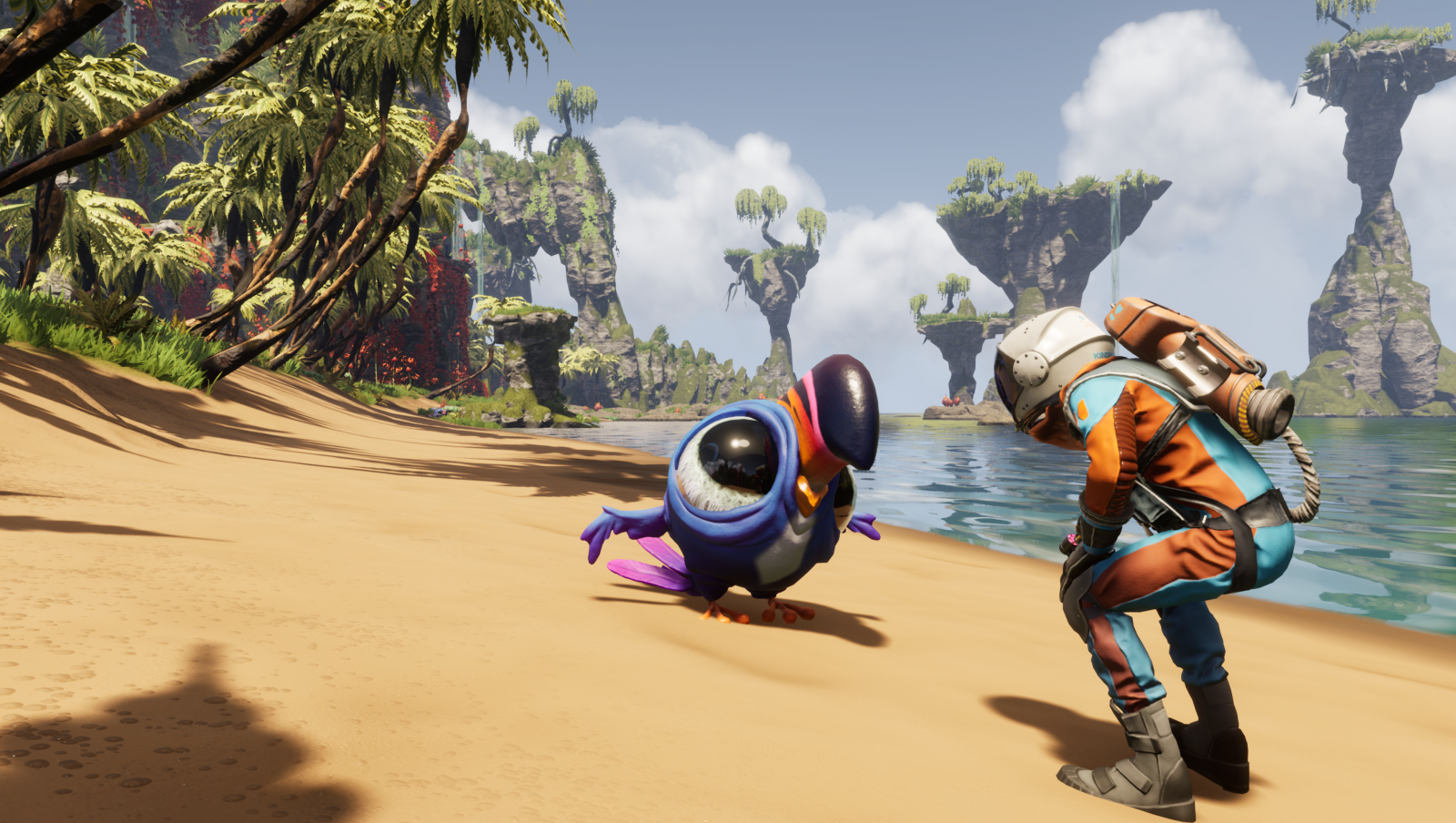 You may be thinking the same thing I was when I heard the name of Journey to the Savage Planet’s first DLC, but it will all make sense when you hear how the Hot Garbage DLC adds all new gameplay, platforming mechanics, and more of what you loved from the base game. This is the perfect time for Typhoon Studios to drop their first add-on for a game that gets my vote for the most under the radar game this year. Though there were some shortcomings to the base game, Hot Garbage builds upon the outlandish humor, gunplay, land traversal, and missions that players have come to know.

Where the base game felt a bit impersonal, partly because there were no clear and present dangers, like a big boss that looked to thwart your every move, Hot Garbage introduces us to the Vyper corporation, a direct competitor to Kindred Aerospace, your employer. This time, your mission is threatened by a highly advanced, militaristic AI system named Kronus. Immediately, you’ll find that Hot Garbage has a bit more personality, as Kronus is always trying to convince you that your objective to find and stop the culprit from continuing to dump their toxic chemicals on Kindred property is nothing but a hoax. 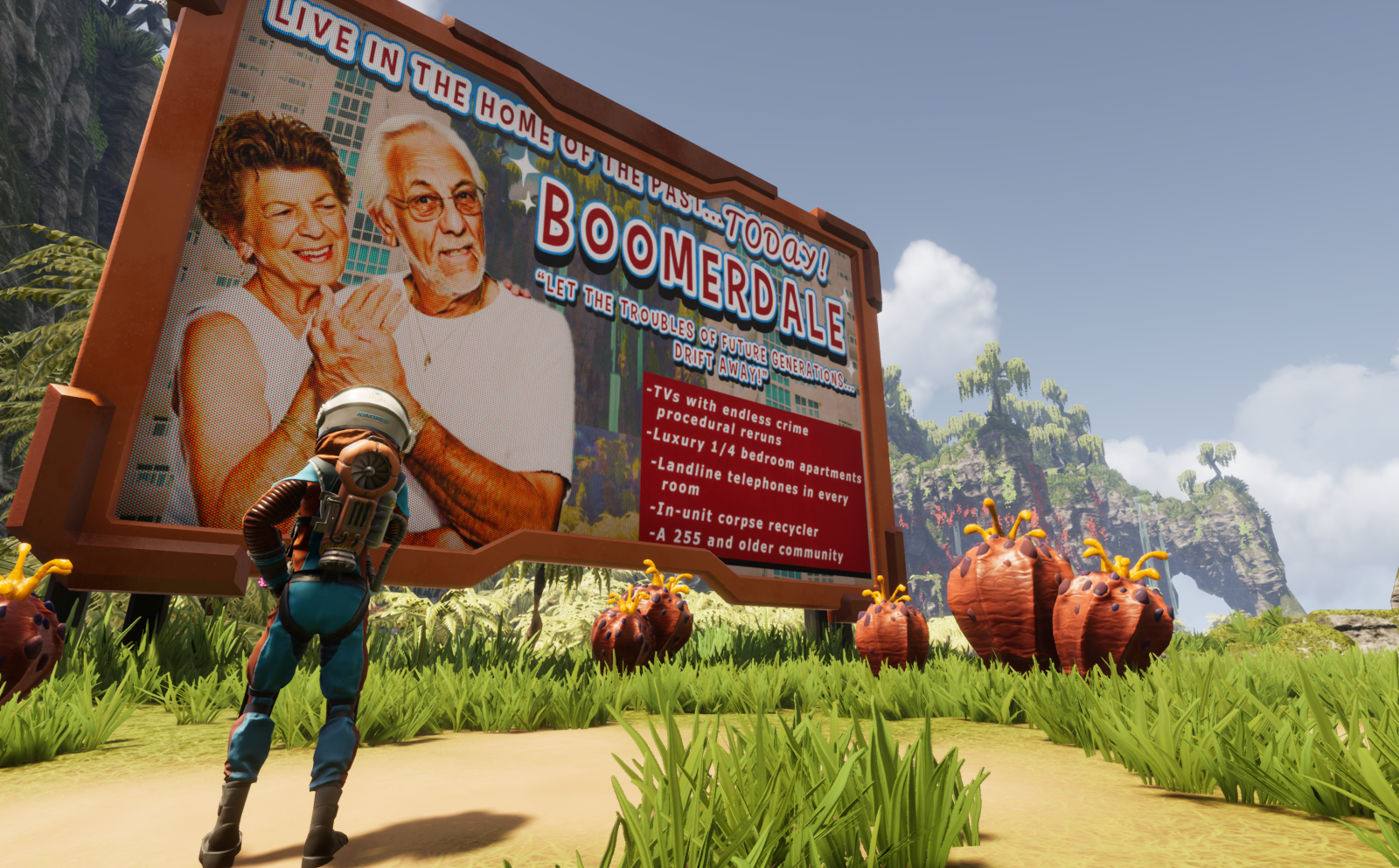 Welcome to the jungle

Teleporting in the usual fashion but arriving on a Vyper corporation teleporter, you’ll find yourself standing in front of a massive sign welcoming you to Boomerdale, a pleasant place for those up in age to come and rest their weary bones. Of course, this pokes fun at the boomer generation that we’ve all come to know and love, but I won’t open that can of worms (not that they would play video games or read this review). Looking around, you’ll find yourself taking in the cool ocean breeze as you glare out over the ocean blue. You see, planet DL-C1 is an all new planet with new flora and fauna, but, unfortunately, there’s not enough to make it feel like a completely new world.

The flowers that give you health and ones that you use in combat and exploration are all the same. Even the critters found in the base game have returned, aside from a few new ones that don’t add much to the scenery. And with the ocean being part of the world that you can explore, you’ll find that it’s as barren as our Moon. There are no fish scuttling about the ocean floor and absolutely no threat of threatening shark-like creatures ready to maul you when you tread in the deep end. Which leads me to my main complaint about the base game: with the name of the game being Journey to the Savage Planet, there needs to be a sense of fear, and the new locales you travel to need to feel completely alien, but they don’t, and those shortcomings bleed their way into this new content. 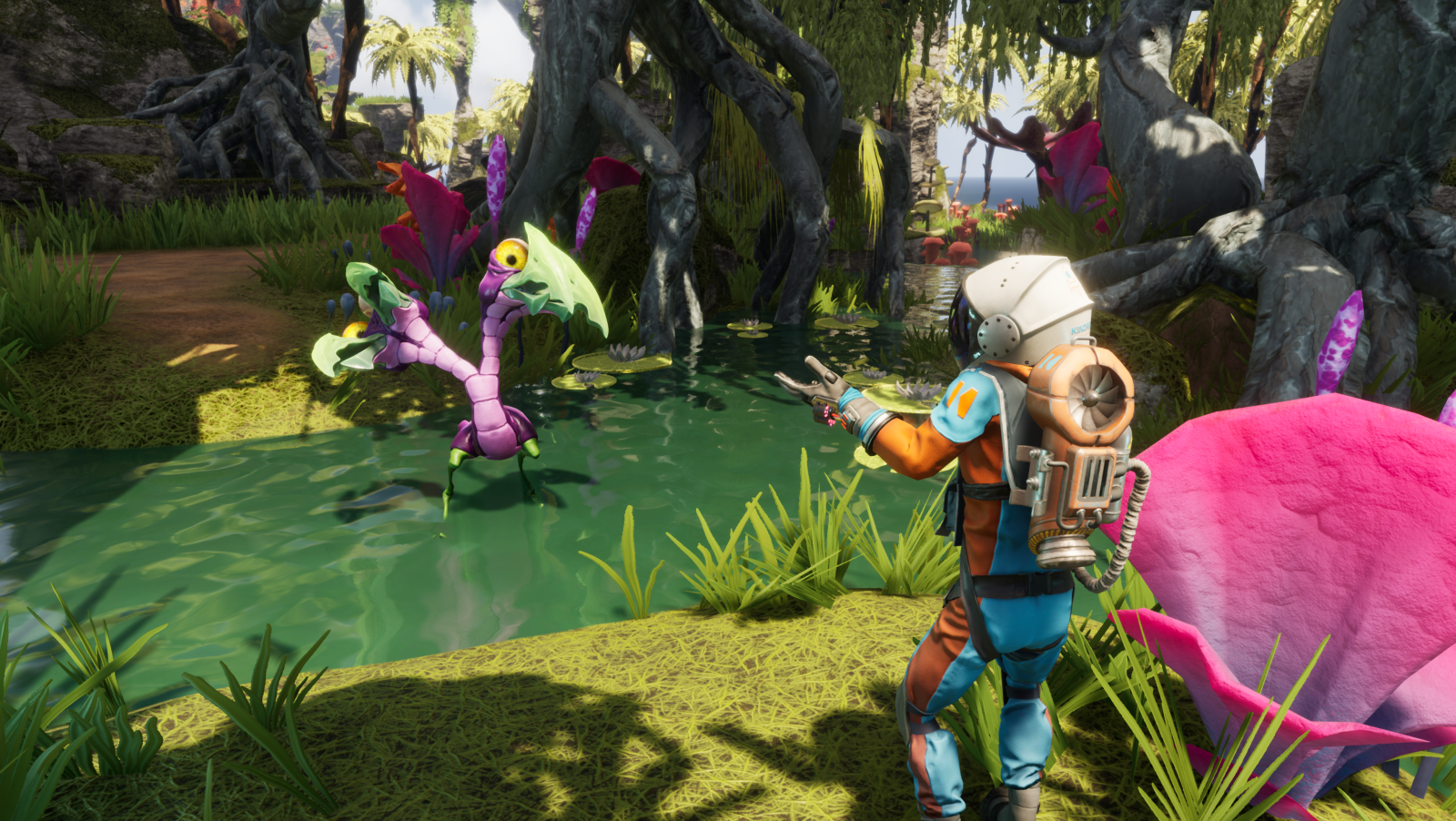 Traversing through the dense foliage of the island, you’ll find that DL-C1 doesn’t rely as heavily on vertical progression. Much of the new planet has been carved out and is filled with areas that you must grapple over or use the new fuel vapor rings to overboost yourself to navigate the ‘dangerous’ landscape. Though some of this sounds familiar, the new fuel vapor rings add new complexity to traversal. And with a highly advanced, militaristic AI behind the scenes pulling the strings, it’s only natural that relentless flying robots that require some type of elemental damage to turn them into scrap metal impede your mission.

Usually found in areas where you have to search for proof that Vyper is dumping their toxic waste, these hunks of metal throw everything at you and definitely up the challenge level. Some require you to use explosives, acid, or lightning to drop their shields and expose their core, where precise shots from your pistol will turn them into a pile of recyclable junk. Because these encounters only happen within certain areas where your objectives lead you, it makes the rest of the beautiful and foliage-rich island come off as a bit of wasted space. Though it has never been the main focus behind Journey to the Savage Planet, one can’t help but to think there needs to be more encounters where the player is forced to use their platforming and shooting skills, and not just when there’s a boss battle. Where this DLC sets itself apart from the base game and jettisons itself into a new stratosphere with me was during the battle with Kronus. 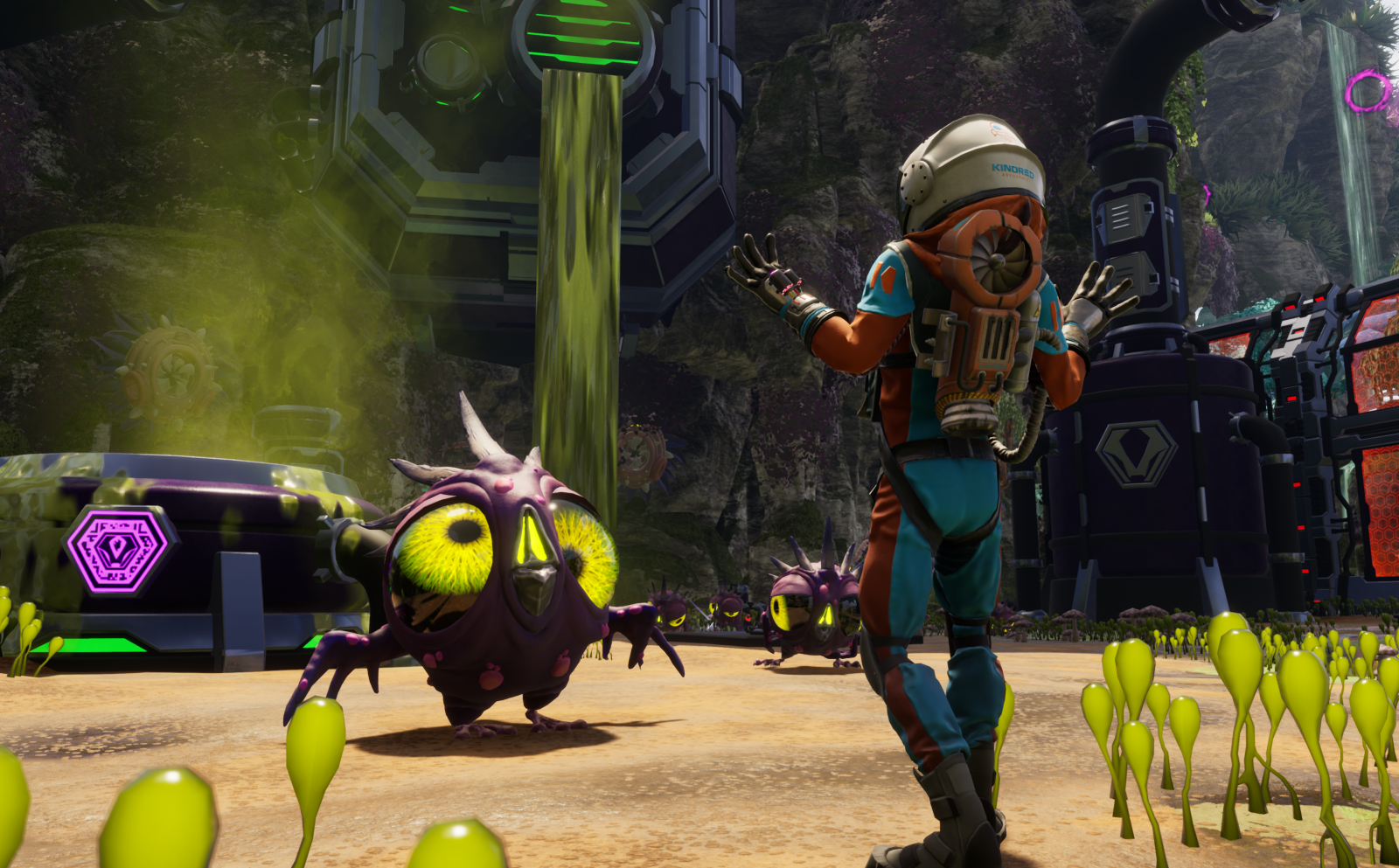 Something criminal is going on

The battle itself is immensely gratifying and sums up the experience players should feel throughout the game. You must rely on the many skills that you’ve learned and unlocked during hours of gameplay to beat this war-machine. In fact, the battle with Kronus brought back feelings of old school NES games where players had to survive big boss battles by using skill alone. And in typical big boss battle fashion, you must fight through waves of enemies and different levels of complexity in order to achieve the goal of turning this war-machine into a giant toaster. It’s just too bad this experience isn’t something that the rest of the game was designed around.

Hot Garbage is an expansion that delivers gameplay that I hope to expect in future DLC, where the gameplay is centered around putting the player in situations where combat and skills are essential to progression. Though on a new planet, Hot Garbage falls short of creating an all-encompassing experience that makes one believe they’re on an all-new world.

T.K. is a freelance writer, narrative designer, and author. Writing and developing narratives and giving voices to digital world and characters is his passion. As a game writer, QA game analyst, and editor for Gaming Trend, he enjoys being a part of the gaming industry.
Related Articles: Journey to the Savage Planet: Hot Garbage
Share
Tweet
Share
Submit