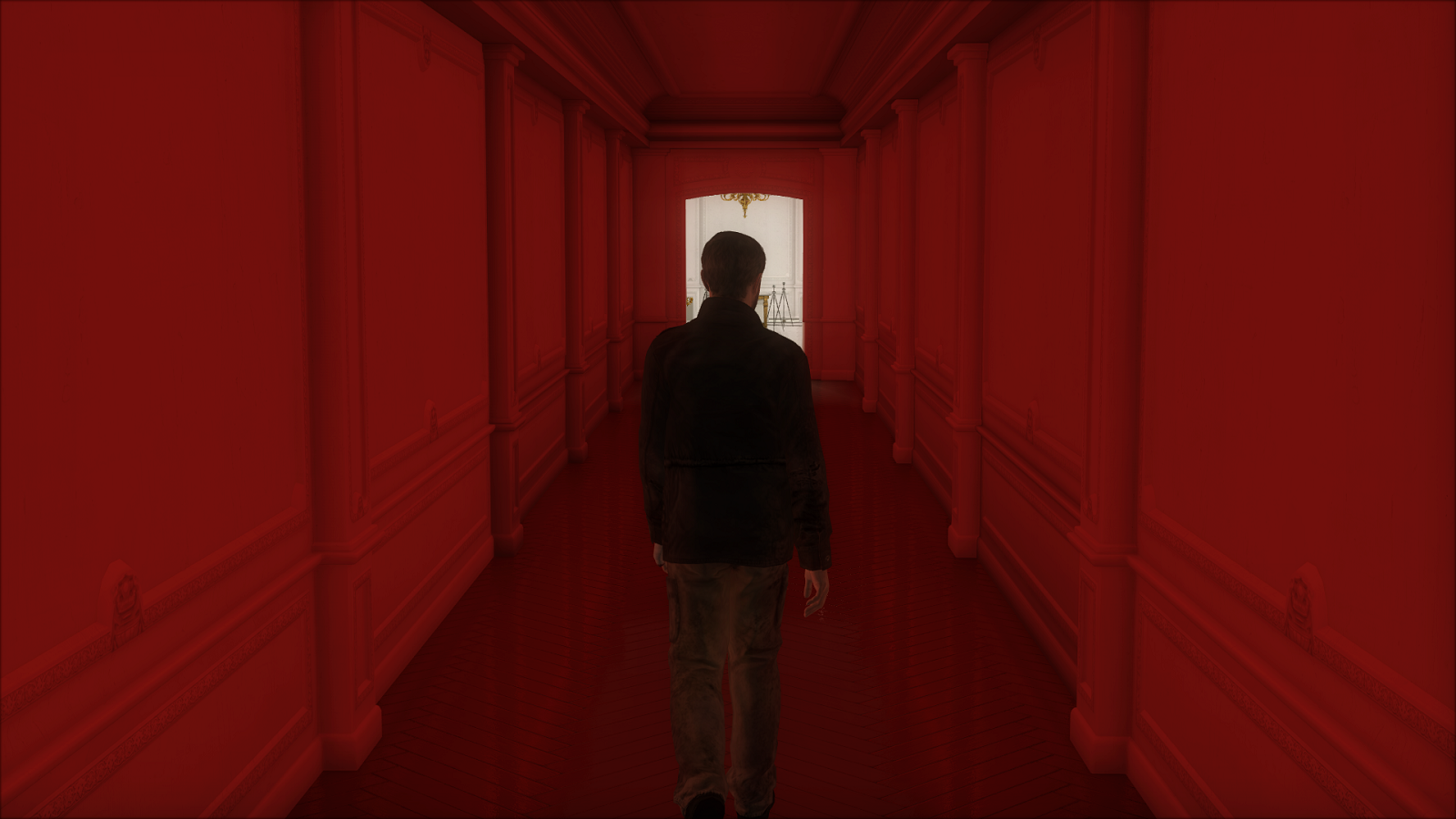 Quantic Dream and founder/director David Cage struck gold in 2010 with the release of Heavy Rain, the first interactive drama to really knock the socks off of both gamers and would-be gamers alike. It set the precedent for all future interactive dramas and graphic adventure games whether they’d come from Quantic Dream itself or elsewhere. Nine years have passed since Cage’s seminal work hit store shelves, and it looks like it’s the PC’s turn to experience the intertwining tales of distraught father Ethan Mars, insomniac journalist Madison Paige, rising FBI superstar Norman Jayden, and private eye Scott Shelby—a motley of individuals with a personal stake in the case of the Origami Killer. Expect a solid 10 hours of branching storylines, “gritty realism,” sometimes great, sometimes hilarious voice work, and a barrage of QTEs—all with a slight graphical touch-up. 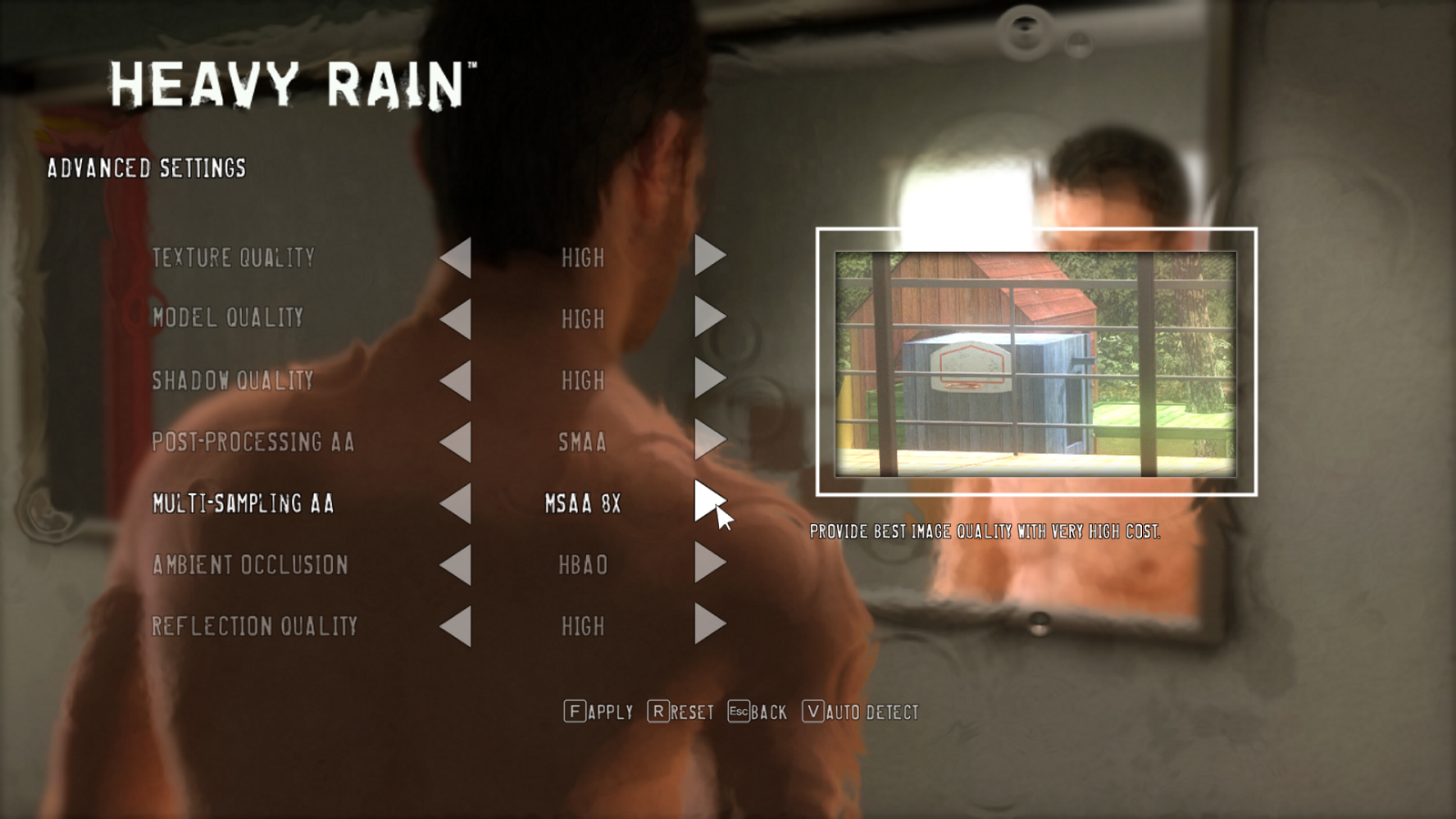 The PC version meets the baseline for graphics options but that’s no surprise. I’m disappointed to see that disabling film grain is still an impossibility, however. Awkward movement controls, the occasional frame stuttering, and an abundance of clipping issues plague the port, which runs much like its PlayStation 4 counterpart at twice the framerate (60 fps). The character models and animations, which, aside from a few infamous scenes, had been previously lauded for being the best games had to offer, unfortunately do not hold up. The borderline jarring visuals, at times, turn a few too many scenes comical, but nothing that damages the experience beyond repair. What is applause-worthy is how well the game has been optimized for keyboard and mouse. WASD and the mouse see the most use, but the game throws in some oddballs as well: the shift key, Q + E, the spacebar, and strangely enough, number keys 1-3. If that sounds a little too overwhelming, plug in a controller and you’ll be getting the same experience you had 9 years prior, nostalgia goggles not guaranteed.

Not only have games improved on the technical side, we’ve seen progress across all facets of video games over the past 9 years, and since then, many players (including myself) have developed a distaste for the same things Heavy Rain was praised for. The writing, the QTEs, the cutscenes, the overbearing self-seriousness, are just some of the criticisms aimed at Heavy Rain and Quantic Dream. But while the cinematic, “artistic” edge comes off as a little too contrived nowadays, and the QTEs grow stale beyond the game’s first half, the attention to detail is undeniable and stands the test of time. It’s the small touches in the environments and every little design consideration that I fell in love with despite the game’s many flaws. 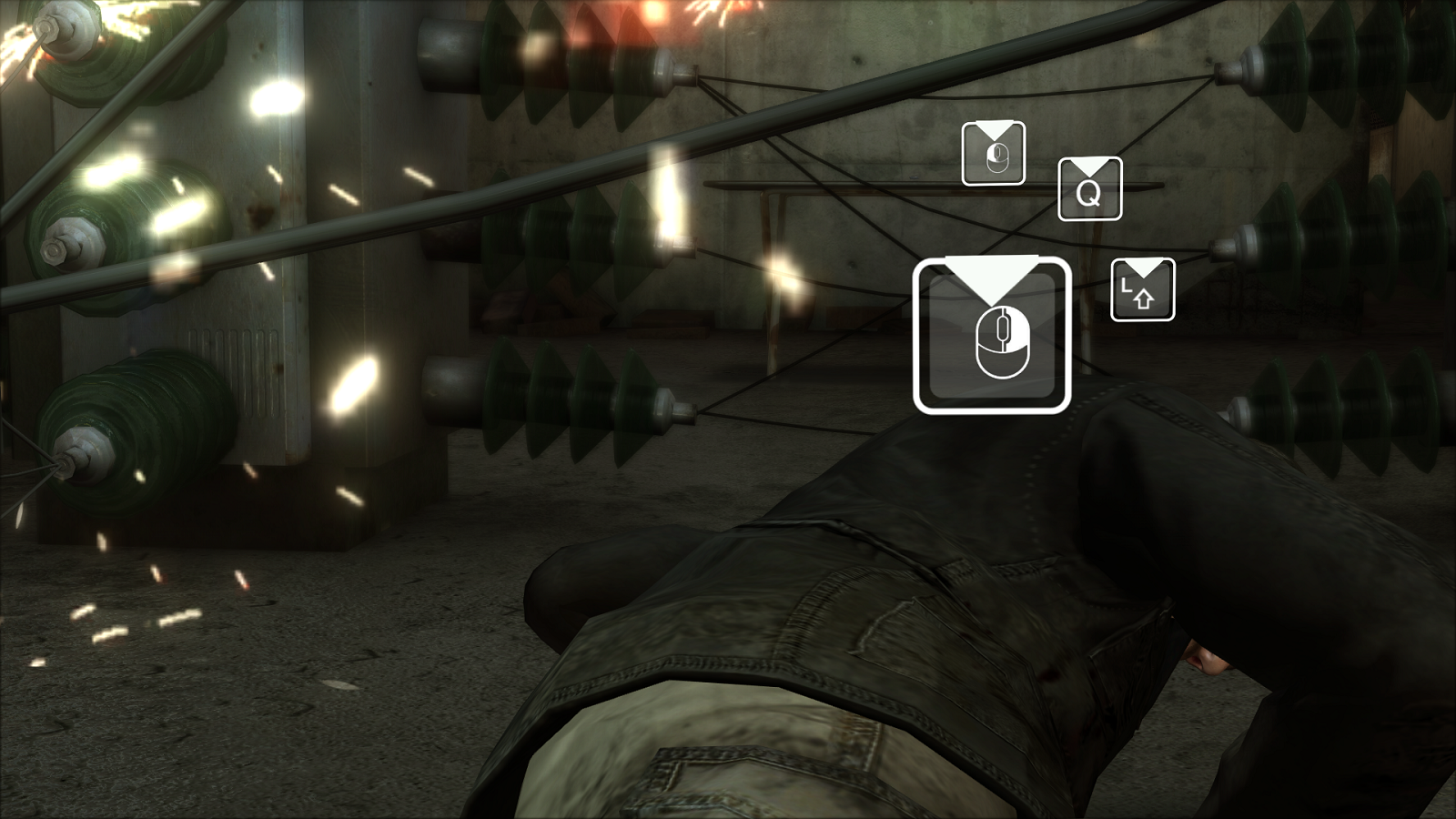 Heavy Rain is the true definition of narrative-driven—there is literally no other reason to play—and Quantic Dream has spent every ounce of effort making sure they keep players invested in the narrative. The game excels at relaying emotion through nothing but QTE button prompts, helped along by succinct, tone-setting dialogue and an aggressive camera. The only obstacle in its way, a script that reads like there were a few too many “whatever, it’s fine” moments in the writer’s room. Chapters like “Nathaniel” and “The Lizard,” containing nothing but the best the game has to offer, have stuck with me for years as a result of their potency. Others, for their clichéd and inconsistent writing, begetting an eye roll or two without fail. The highest of highs will be quickly brought down by the lowest of lows, only for the game to redeem itself shortly after, rinse and repeat. It’s a roller-coaster in more ways than one.

But what stands out ever so slightly, at least in this gamer’s eyes, will always be Heavy Rain’s strongest chapters, bright spots punctuating an otherwise solid-to-middling story riddled with writing issues and technical hiccups.

A self-deprecating, overly sarcastic pair of glasses that occasionally possesses a human host in order to partake in the delightful process of playing video games, then immediately complaining about them. When he is not playing games (a rare occurrence), he can be found either writing about things that no one cares about, or haunting the quiet streets of his Canadian suburb.
Related Articles: Heavy Rain
Share
Tweet
Share
Submit