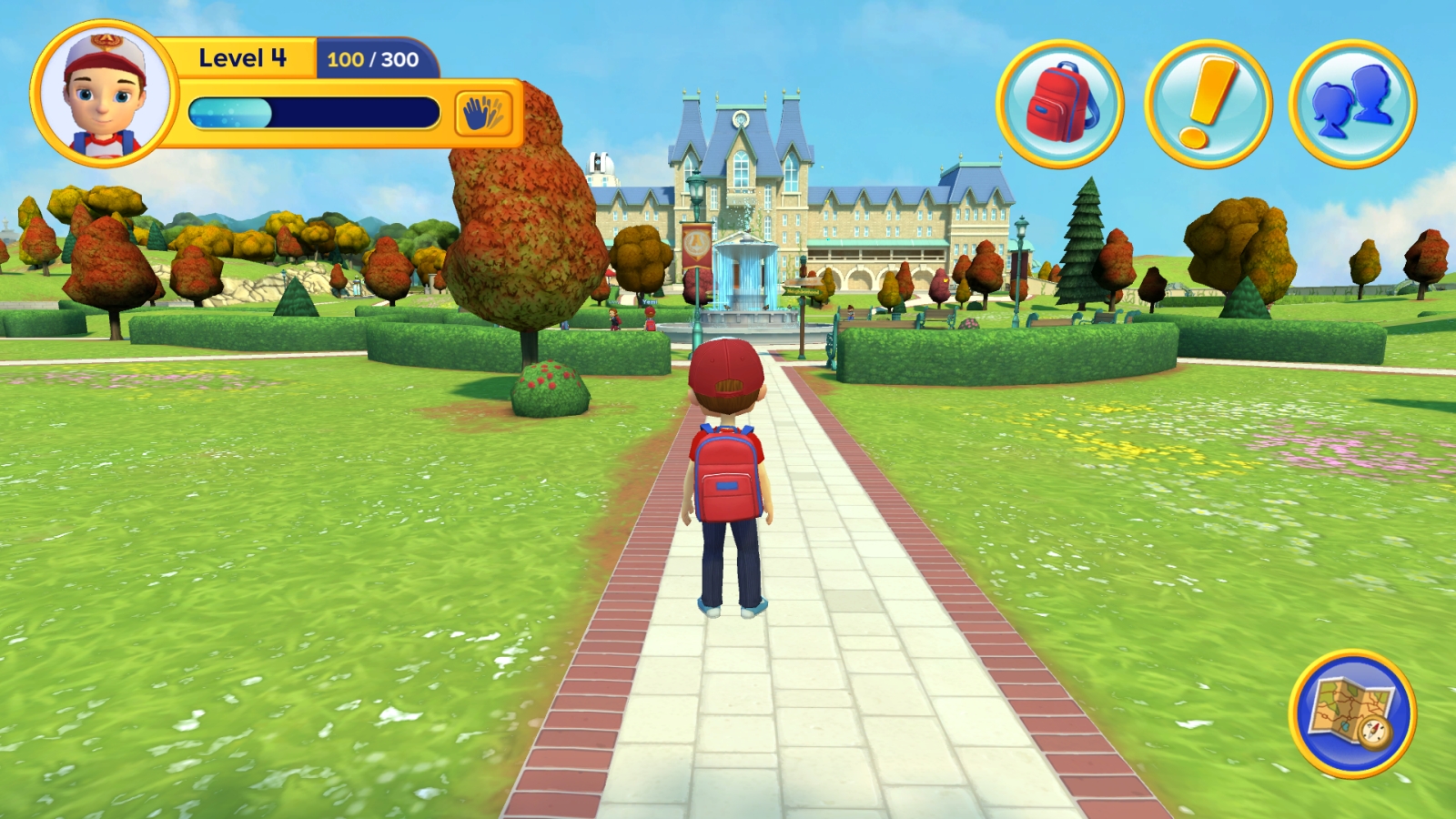 As someone who was homeschooled way back in the day when it was unheard of, and certainly not mainstream, I wish my mom had access to something as cool as Adventure Academy. Now that I am a mom, who happens to have a kiddo in kindergarten, resources like this are invaluable. Getting your kid to learn, without them realizing that they are learning? YES, PLEASE!

We knew even before we had our son that we would homeschool him, so we started researching things right away. Sadly, navigating the homeschool world and the people who are part of it can be daunting. Our son had great success with ABC Mouse from as young as the age of two, so when I heard that Adventure Academy was produced by the same company but targeted at older children, I was interested in finding out more.

The premise of this app is genius, really. Your kid creates their own avatar, or sim if you will, and can customize their clothing, hair, accessories and so on. Those of you familiar with ABC Mouse, this is similar to how you create your avatar there, except in Adventure Academy it’s in 3D, and your kid gets to navigate an actual living, breathing campus with their created avatar. You’ll immediately see other players upon entering the game, going about their daily business. Thankfully there are settings to choose the level of interaction your child can have with other live players. Make no mistake, Adventure Academy is a functioning MMO.

You begin on a campus and are introduced to the head teachers in the Math, Phonics, History, and Science wings as your first quest. Those of you familiar with World of Warcraft will instantly recognize the familiar yellow ! above the quest givers head. The app starts you off slowly, and gets you familiar with the layout of the main campus hall, and as you level up you will get access to different areas. Eventually you get player housing, which your child can decorate with items they can purchase in the on-campus store, or earn from activities. 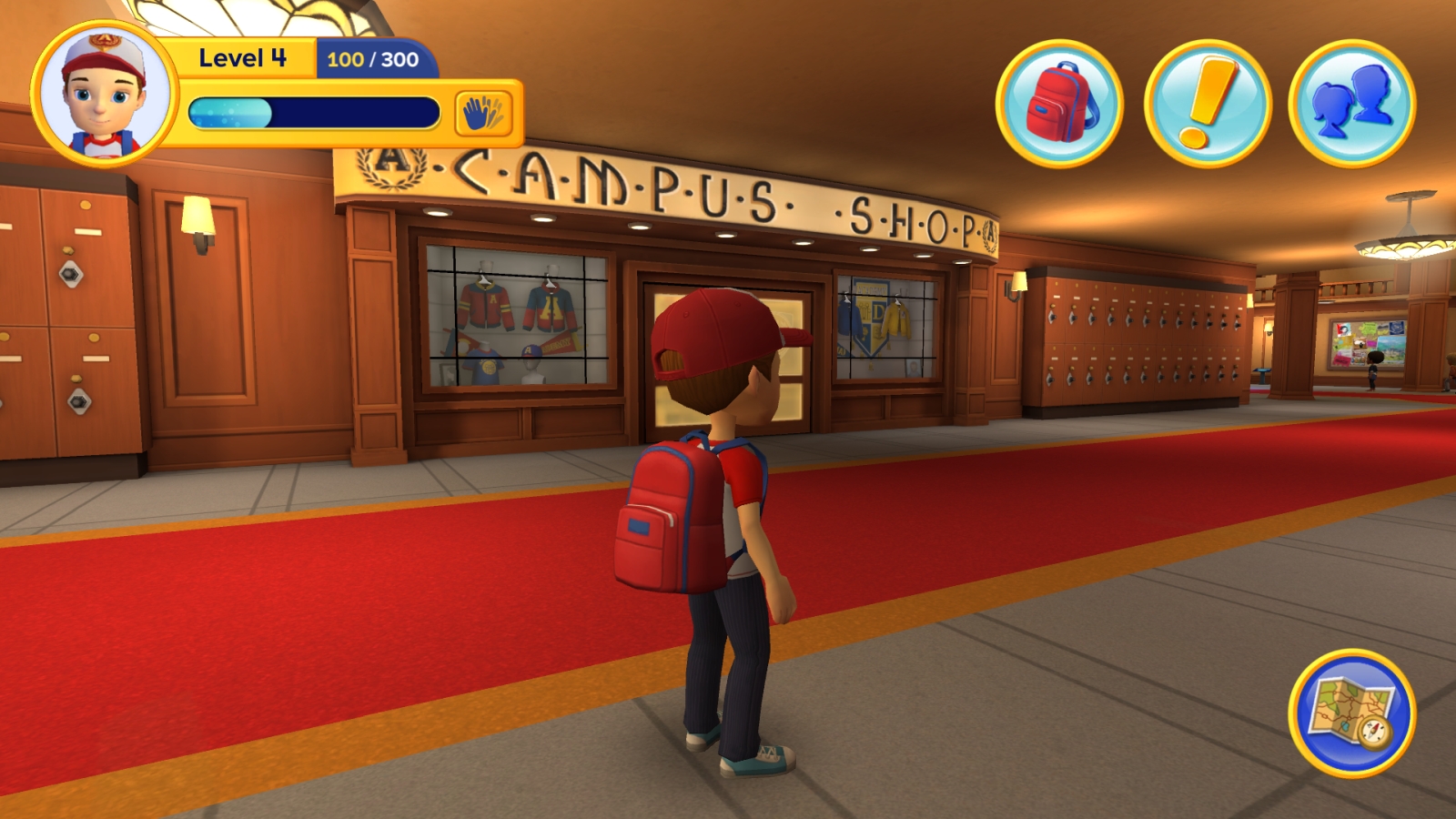 My son, who is obsessed with math, instantly gravitated towards the math wing. His friend Evie, who is 7, has been using the program for a while now, and as quoted directly from her, here are the things she loves most about the app:

Both Evie, and my son are kids of gamers, so they watch us play games similar to this, and I think that is part of the appeal to this for them. They are playing an actual video game, but within it is hidden learning. My son’s favorite game was the Monster Math Facts, and he kept going back to that one over and over. There is a nice selection of things to do in Adventure Academy, but since my son is a bit younger than the targeted age group, which is 8-13, outside of the math programs which he is a whiz at, he doesn’t have much interest in the other areas. But, because Adventure Academy disguises learning as a game, he wants to log in daily and walk around to check if there is anything new. I have a feeling this will be something he will grow with over the next few years. 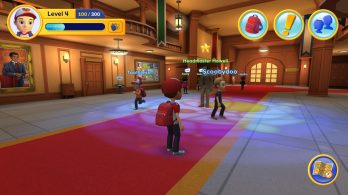 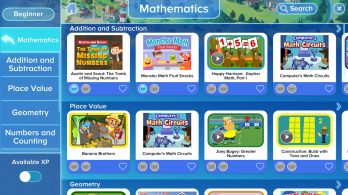 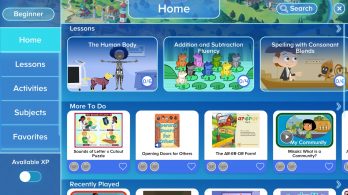 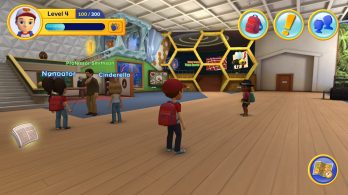 Now, the downside: the subscription. I feel like every company out there has a subscription these days, and this app is no exception. However, you do get a 30-day free trial, and after that it is $9.99 a month. Since my son is only five and we are just diving in with homeschooling, I am not sure where this would fall in the list of priorities for parents of older kids. I am in a few homeschooling groups where I see parents talking about the cost of a year’s curriculum and my mouth just drops at the price tag. But, in the grand scheme of things, $9.99 is fairly cheap, and the way I look at it is my kid LOVES gaming, and he is learning from it as well, so as long as he continues to enjoy it, I justify the cost.

The other cool thing about Adventure Academy is that it is cross-platform, so your little ones can take it with them on the go on their phone or tablet, as well as sit down at an actual computer. This will come in handy on our yearly drive from Texas to Florida for Disney each year, we can rotate him from his Switch to his tablet to “play” Adventure Academy to sneak some learning in!

I think that we will get a lot of use out of Adventure Academy, as I felt that my son had outgrown ABC Mouse about a year ago. For his age, he is a pretty advanced gamer; he plays Overwatch and World of Warcraft with me, but Adventure Academy is a nice pace for him when he just wants to chill out. I hope that the company continues to add more content, and evolve the game.

Adventure Academy is a brilliant tool to get your kids learning under the disguise of an MMO/sim type game. There are multiple activities in all the major subjects that are important for childhood development. If your kid likes gaming, I feel like the $9.99 a month subscription is worth it!

Holly Hudspeth is a best-selling author living in Fort Worth, Texas. She has six published books to date; The Skyy Huntington Series, which is an epic dark fantasy adventure, and One Small Detail, a stand-alone medieval fantasy. Holly also enjoys writing fan fiction based on her avatars from games such as EverQuest, Elder Scrolls Online, and World of Warcraft. Her first major purchase at the established age of nine was the NES, and she has been gaming ever since. You can find her leading raids two nights a week in World of Warcraft, goofing off with friends in Overwatch, or playing SMITE with her husband. She enjoys fantasy games, RPGs, and MMOs, and The Sims franchise.
Related Articles: Adventure Academy, Industry, MMO
Share
Tweet
Share
Submit