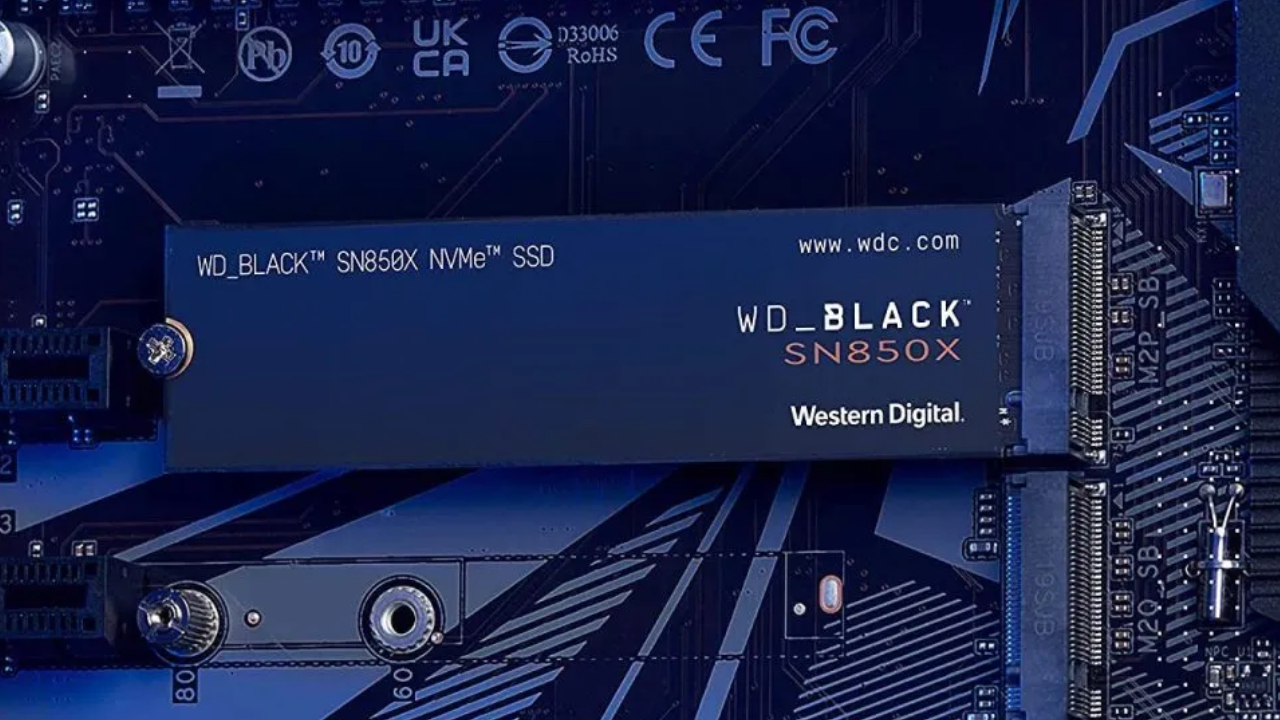 As the grip of chip shortages eases ever-so-slightly, we’ve seen more manufacturers offering up increasingly powerful hardware to take advantage of newer platforms. Those who managed to score a 12th Gen Intel processor with a board to match found that they suddenly had PCIe 4.0 at their disposal, with all of the speed that brings. When we reviewed the SN750 SE we declared it a solid storage platform, though some bemoaned the DRAM-less cache. Our own testing found this DRAM-less solution to be a non-issue in any normal usage, such as gaming or general compute. Now WD_Black is back with a brand new M.2 drive, the SN850X, and let me tell you – this is way more than a simple version iteration. Let’s unbox this and put it to work.

There are three models of the SN850X: a 500GB, 1TB, and 2TB model, as well as 1TB and 2TB variants with a low profile heatsink already installed for use in the PlayStation 5. The drive is a Gen4 PCIe NAND in a M.2 2280 form factor, advertising a rated speed of up to 7,000 MB/s for read, and 5300 MB/s for write – for reference, the SN750 is rated at 3500MB/s. In my system, I also use a WD_Black AN1500, which is a PCIe Gen3 x8 drive capable of 6500MB/s and 4100MB/s write, so I was already impressed, as that device achieves its speed by running two drives in a RAID configuration under the hood. If this thing could actually deliver the speeds promised on the box, it’d be a huge improvement in my workflow. In addition, Western Digital has put in a whopping 24GB of static SLC cache on the 2TB models, and 12GB on the 1TB models to ensure the drive can handle workloads consisting of disparate file sizes. Before I even slotted the drive, it was clear that the SN850X is a top tier offering.

If you’ve read our hardware reviews before, especially when it comes to storage, you know we don’t rely on synthetic benchmarking nearly as much as others because ultimately it’s how the hardware performs on games that matters. As such, we fired up our usual combination of ATTO and CrystalDiskMark, as well as a number of games for performance testing. This time around, however, we also have the advantage of using Western Digital’s own Dashboard utility as a tertiary point of reference, which is also a good source for heat-related readouts. Without further ado, let’s get the synthetics out of the way.

As you can see, the drive performs remarkably well in ATTO, delivering pretty close to that 7GB/s promise at 6948 MB/s read speeds. The write speeds were similarly consistent, hovering around the 4681 MB/s range. That does put it almost a full 700MB/s off the advertised write speed, but what I found was that this was only occurring during synthetic tests. The drive was able to deliver a full 5250 MB/s during real-world copies between drives that could handle the speed, and it did so in a very consistent manner, holding at that speed for anything above 128kb file sizes. Better still, the 24GB cache didn’t seem to affect the read or write speed, even when it was eventually exhausted. It’s nice to be surprised, but I wanted to confirm with some real-world transfers. Copying over a 34GB capture from Star Citizen took just 14 seconds. Similarly, moving Blackmagic RAW video files across my network was accomplished in a matter of moments, allowing me to jump into video editing almost immediately rather than waiting the usual 20-30 minutes for a transfer as large as my camera can muster. My workflow was instantly improved, allowing me to jump straight into my work without any delay. New hardware doesn’t always result in a markedly better experience, but the jump from the 750SE to the SN850X is a huge leap in performance. And that’s before the unexpected happened…

I like to have redundancy in my benchmarks as I can look at the average and draw conclusions. I ran the same benchmark again. When I couldn’t believe my readings, I ran it once more. And then again, and again, and again. It turns out, at least on this particular drive, the 4681MB/s write speed was the anomaly – the consistent number is actually 6250MB/s! I don’t believe in the “bin lottery” but I’m starting to become a believer, because clearly I’m a winner here. This drive is consistently delivering speeds well in excess of what I’d expect out of a RAID configuration. Even heading back to those real-world file copies I once again saw speeds bouncing between 2.8 and 3 GBps – a shockingly fast result. 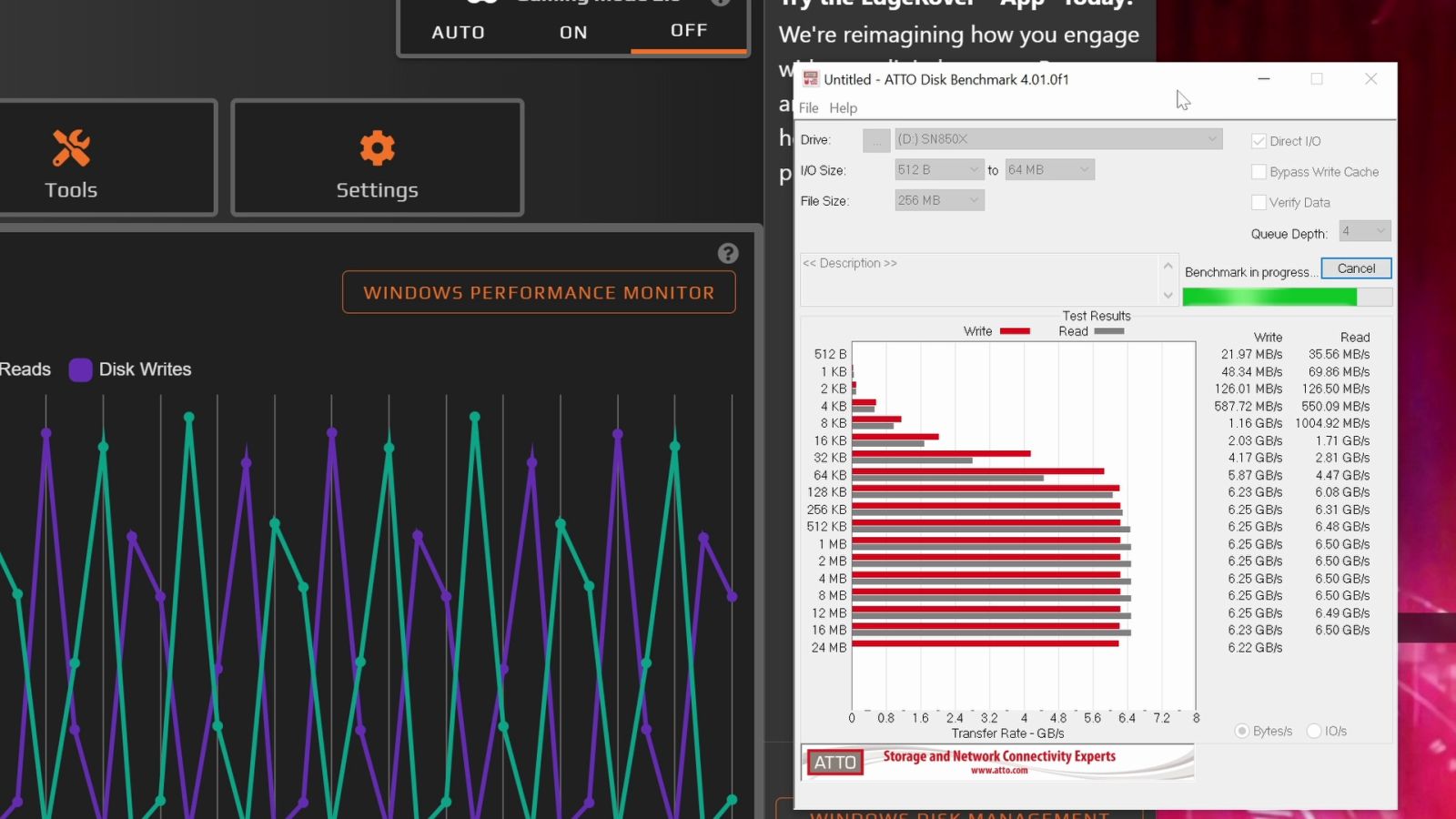 Looking back at the SN750SE, it just couldn’t quite hit Sony’s requirements to be used in the PlayStation 5. The SN850X on the other hand has no such problems. The previous model, the SN850 was fully endorsed and certified by Sony, and the SN850X is built on the pedigree of that device.  A huge leap from the SN850, the SN850X has speed to spare for your new console. To use it, however, you’ll need to be aware that there are two variants of this drive beyond the capacities: one with a heatsink, and one without. If you buy one without a heatsink, you’ll have to add an aftermarket one – you will burn up your system without one. If you buy the SN850X with the already-installed heat sink, you’ll be happy to know it’s built low profile, so you can safely secure it in the PlayStation 5 M.2 bay without a problem.

If you are the type that really likes to get into the weeds, under the hood you’ll find a Sandisk 96L TLC NAND, with Sandisk DDR4 memory, combined with a WD_Black G2 NVMe Controller. You’ll be happy to know that the drive also manages to get all the way up into the million club for RND4K IOPS. This puts the SN850X in rarified air of drives like the ADATA XPG GAMMIX S70 blade, but it does so at a price $30 cheaper than said drive.

Pulling out my thermal gun and running the drive at full throttle for over an hour, I was happy to see that the temperatures remained wonderfully consistent around 40C, with a few bumps up to 50 here and there, but well within drive temps you’d expect. These results were confirmed by the WD_Black Dashboard, which I highly recommend you check out if you’ve got a Western Digital drive of any kind, not just the SN850X. 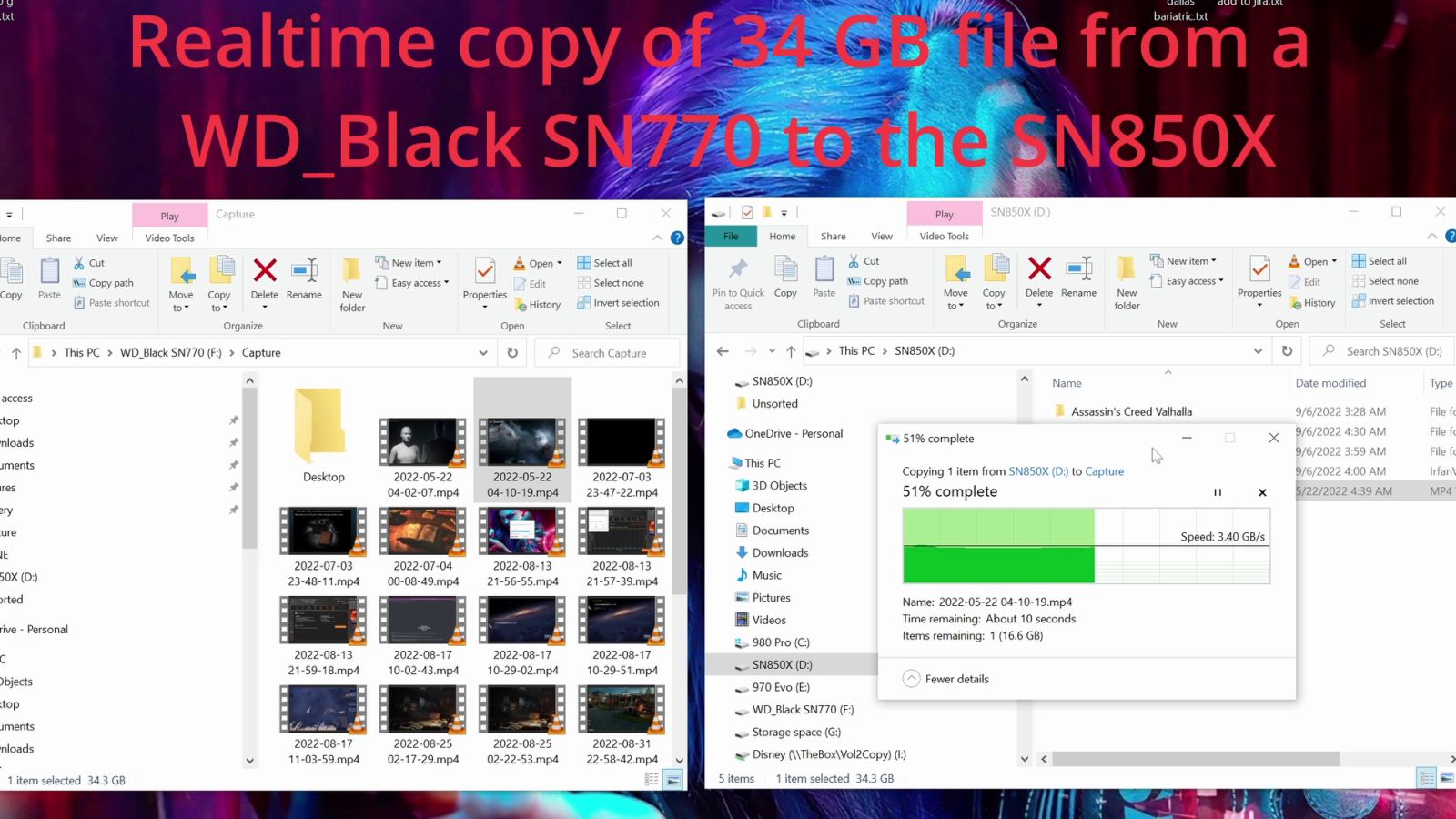 The final thing to consider when purchasing a SSD is warranty, and anyone reading my hardware reviews knows that I’m a real stickler for them. It’s great when something works, but you want to know that you’ve got a company standing behind you when things go sideways. Western Digital backs this drive with a five year warranty. That, combined with the free Acronis True Image WD Edition software for backups, should give you the peace of mind that whatever you put on this drive stays on this drive until you remove it.

The big question on your mind has to be price. The 1TB model will set you back $134 at the time of writing, with the 2TB and 4TB models clocking in at $229 and $494, respectively. That said, when the price to performance ratios get blown this far out of what’s advertised and to the positive, the price seems almost too low!

Delivering over a million IOPS, speed at or near 7000MB/s read and 6300MB/s write, the WD_Black SN850X is a quantum leap over the competition. Now sporting a whopping 24GB of Cache, it makes this drive the one to get, regardless of where you game.

Ron Burke is the Editor in Chief for Gaming Trend. Currently living in Fort Worth, Texas, Ron is an old-school gamer who enjoys CRPGs, action/adventure, platformers, music games, and has recently gotten into tabletop gaming. Ron is also a fourth degree black belt, with a Master's rank in Matsumura Seito Shōrin-ryū, Moo Duk Kwan Tang Soo Do, Universal Tang Soo Do Alliance, and International Tang Soo Do Federation. He also holds ranks in several other styles in his search to be a well-rounded fighter. Ron has been married to Gaming Trend Editor, Laura Burke, for 21 years. They have three dogs - Pazuzu (Irish Terrier), Atë, and Calliope (both Australian Kelpie/Pit Bull mixes).
Related Articles: Hardware, WD_Black SN850X M.2 SSD
Share
Tweet
Share
Submit