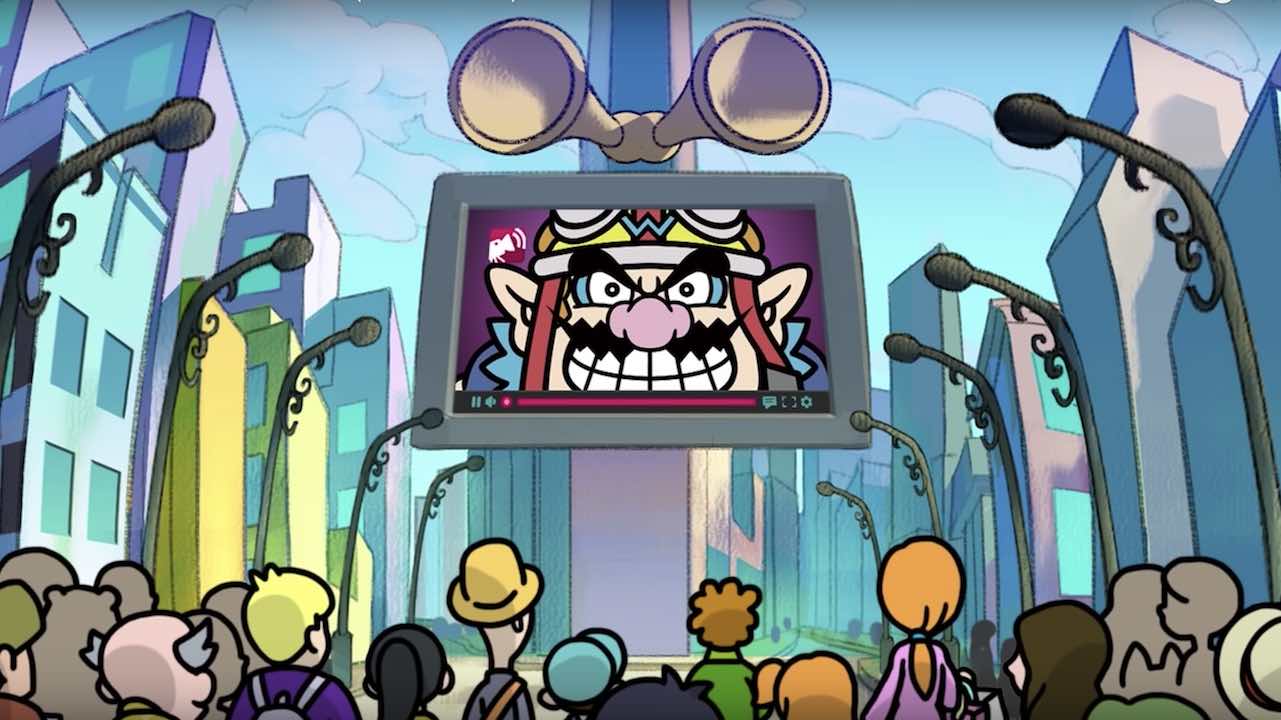 Just when I think I can retire my 3DS, Nintendo releases another gem for the system. Last year, Metroid: Samus Returns was the golden ticket, but here in 2018, that game is undoubtedly WarioWare Gold. To call this game creative would be a supreme understatement; WarioWare is an amalgamation of very disparate ideas that somehow meld together into a wild experience unlike much else available. It is through this creative spirit that WarioWare Gold manages to be not only my favorite Nintendo game of 2018 so far, but a must-have for all 3DS owners.

WarioWare is a series built on the microgame, essentially, a mini, minigame. In a mere handful of seconds, you’ll be asked to complete a rather straightforward task, before being immediately thrust into the next one. The challenge of WarioWare doesn’t come from any sort of mechanical complexity, but instead from the act of surviving the gauntlet itself. As you progress through each microgame, the pace will get faster, and your reflexes will have to speed up with it. You’ll have to be able to adapt to a new task on the fly, which can be difficult, but incredibly rewarding when you enter a rhythm of success after success. Things can become even more mind-twisting when the game begins to layer its three control styles (mash, touch, and twist) on top of each other, forcing you to bounce between the d-pad, the stylus, and the gyroscope to continue pushing for a high score.

However, it isn’t by merit of the gameplay alone that WarioWare Gold succeeds, but by the way microgames are presented to you. Wrapping your mind around microgame after microgame is hectic fun, but that can become tiresome when taken on its own. However, within the context of the game’s overall world and concept, there is a certain magic to WarioWare Gold that constantly keeps things fresh. All the microgames are divided into categories, from sports, to fantasy, to Nintendo, and each is paired with a zany character to represent it. Performing well in the sports and fitness games will allow disco-superstar Jimmy T to continue striking poses for the camera, and winning the Nintendo micro-games will let 18-Volt best 13-Amp in a rap battle, thus winning back a child’s 3DS. The boundless creativity in this game is really a testament to the brilliant minds at Nintendo– I had a smile on my face all throughout my time with this game. When you pair WarioWare Gold’s outrageous situations, surprisingly good voice acting, and funky soundtrack with the cavalcade of fast-paced micro-games, you wind up with a wholly unique, and totally satisfying experience.

These qualities are best exemplified by the game’s story mode. You can beat the campaign in about two hours on your first run, but you’ll need to replay it in its entirety a few times over to really get all the content out of it. On your first pass, each level ends automatically after the first boss. However, after beating a level for the first time, you can return and play it over and over with no cap, going until you run out of lives. The purpose of this is two-fold; not only to attempt a high score, but also to unlock extra microgames not available on the first playthrough. As such, calling this strictly a story mode isn’t exactly fair, as it also serves as a post-game endless mode. While I was initially disappointed by how short the campaign is, as I wanted to experience more wacky WarioWare situations, being able to infinitely play certain sets of microgames proved to be very enjoyable. Personally, I love the Nintendo themed challenges, so being able to just shoot for an endless high-score in 9-Volt’s games exclusively is a great feature, as all of the game’s side modes blend different characters’ sets together.

Until you’ve beaten Story mode, you’re essentially locked into that one area of the game, but things really begin to open up once your first run there is completed. The challenge mode is unlocked, which allows you to play through the microgames in an endless format with various modifiers. These add some nice gameplay variety to the title, although not all of them are equally engaging. Modes such as Sneaky Gamer really add a unique way to play, but others like Super Hard feel rather basic. Of the nine to choose from, more hit than miss, but a few of them just feel uninspired. However, that mode isn’t the driving force behind post-story mode progression. Missions are the chief reason to keep coming back to Warioware Gold. These are objectives that mainly revolve around getting particular scores in various story missions and challenge modes, and reward coins upon completion. These challenges give constant incentive to return to the game and try for a high score. In addition to the satisfaction of completing a mission, the coins can be used in the capsule machine, which will unlock a range of extras.

These extras are one area where I think WarioWare Gold actually has too much content; oddly enough. The issue is that a lot of the unlockables are rather superfluous, and simply dilute the overall progression. The really interesting unlockables; minigames, trading cards, and Nintendo history items, are buried in a sea of random alarm clocks, phone numbers, and more which just feel like padding. You do get to visit the capsule machine quite often though, which makes poor draws less frustrating. Even still, when five or six out of every ten rewards is filler, there is a problem.

The only place that WarioWare Gold truly misses the mark though, is multiplayer. The game features one multiplayer mode, Battle Time, but it is relegated to friends-only, and your friend has to have their own copy of the game. WarioWare is the type of experience that really shines with friends, but Gold puts an unnecessarily high barrier in the way. I would’ve liked to see a DS Download Play option, or better yet, the ability to pass one system around with a group of friends, similar to the mode in WarioWare Smooth Moves on the Wii. With how much of a riot this game is by yourself, I can only imagine how much more fun this title could be in multiplayer. Unfortunately, WarioWare Gold just places too many restrictions on this aspect of the game for me to find out for sure.

WarioWare Gold is refreshingly robust in a year where the majority of Nintendo’s titles feel barebones. The 300+ micro-games are backed up by a fantastically zany presentation that could only come from Nintendo. More diverse challenge modes, less padding in the capsule machines, and a better solution to multiplayer would’ve propelled this title even higher, but as it stands, WarioWare Gold is a great pick-up-and-play experience on 3DS. Don’t let the platform it’s on stop you from giving this one a shot; you won’t be disappointed.

WarioWare Gold is an off-the-wall title bursting with content and creativity. The 300+ microgames and myriad side modes will keep you coming back to this game time and time again, even with its lacking multiplayer and padded unlockables. WarioWare Gold is easily the best game Nintendo has released in 2018 so far, and a great addition to any 3DS owner’s library.

Abram is an aspiring games journalist with a soft-spot for titles published by a particular company that starts with N, and ends with -intendo. When he's not playing, or writing about, video games, Abram is most likely ranting to no one in particular about various films he's seen, or grabbing the sketchpad to do a bit of drawing.
Related Articles: WarioWare Gold
Share
Tweet
Share
Submit