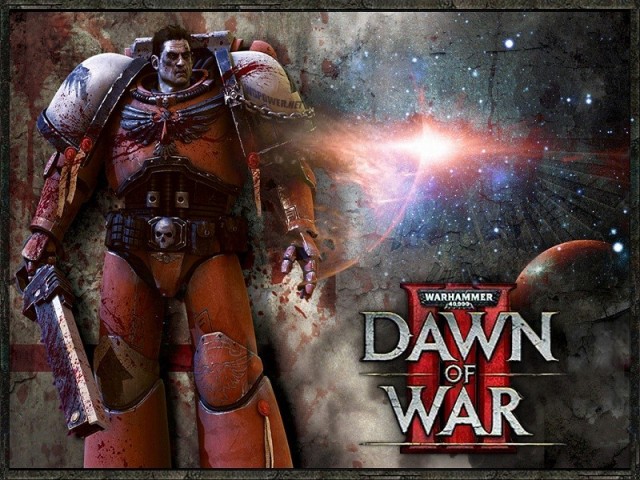 Let’s get this straight at the top:  This is a chess game.  Not entirely unlike Chessmaster 5000 or any other chess program you might peruse, this is primarily a chess game.  It’s not Dawn of War 3 (just when do we get that game anyway?), or the recent Vermintide, or even Chaos Gate (which was a turn-based mix of X-Com meets 40K).  There’s a shooting twist that makes it not-entirely-chess, but it’s a hat on an elephant, if chess is an elephant and heavy bolters are hats.

No, it’s not this. How did this even get here?

Chess is the original table-top wargame.  Since its inception a long, long time ago, the ancestors of modern day dice-rollers set up 32 pieces on two colored grids and tried to commit a type of “-cide” (Latin: to kill) on another person’s “Reg” (from Latin Reg: the King).  Since these ancient rules were laid down in their first beta test around a literal thousand years ago, the pieces with which the game itself is played have been carved from elements both common and rare; from wood to ivory and from onyx to marble.  So too has the form of the pieces been widely varied with the main deviation from the basic geometric shapes usually steering into the militaristic bent.   Today we can see chess sets recreating anything from the Civil War to the sack of Rome to…really anything where one side has a beef with another is a viable target to have been a chess set at some point.  But leave it to Games Workshop (and Hammerfall Publishing, owner of the most metal company name ever) to not be sated at merely being represented by a ‘normal’ chess set but to demonstrate, without a doubt, that they believe all things are improved with the addition of more dakka.

The Regicide game itself sets up like a normal chessboard, with all things from pawns to bishops in their normal place in their normal numbers.  One side of steely-eyed Space Marines gazes balefully at the other side’s WAAAAARGH of orcs in beautifully detailed 3D splendor.  The board itself can even take a minor derivation, as a handful of squares can be off-limits due to some war-strewn debris, but otherwise it’s a normal 8×8 grid.

The bloodthirsty orcish WAAAAGH! is well known for the berserker rage of its Queen’s-Pawn Gambit.

It’s once the game gets going that the twist is felt.  All pieces have various levels of their 5 attributes: Wounds (hit points), Armor, Toughness, Weapon Skill, and Strength.  Although pieces move like their chess counterparts, after the piece moves (in the “Movement Phase”) you are given three initiative points for the “Initiative Phase.” In this phase, any piece can take advantage of a limited range of four actions, with three of them (Snap Shot, Assault, and Go To Ground) common to all pieces and a fourth unit-specific option.  Snap Shot is a range-3 attack designed to deliver light damage, Assault is a close-quarters attack that deals more damage, and Go To Ground gives a piece a defensive bonus until they act.

These unit actions are accompanied by four customizable Abilities that can be used at any time (after a cooldown) on any unit. Hence, you can move with a pawn, shoot with a rook, assault with knight, and still have an Initiative point left over to heal a unit 2 Wounds.

The single-player campaign has a mind-bending 50(!!) scenarios in it, and they all consist of chess-based positions with some scheme to play off of the game’s shooting-twist.  For example, in one mission you have 4 knights and you must kill eight pawns (shootaboys) and a knight (stormboy). Thusly, your Blood Angel assault marines must jump back and forth firing from off-corner positions to kill off the onrushing pawn wave while staying away from the enemy knight’s kill-radius.

Alas, even with all the unit options and the option to customize your Abilities, the game holds true to chess:  Though all units have Wounds, should you “take” a piece in a usual chess-move, that still results in an automatic kill.  And, as the Bard says, therein lies the rub.

The Initiative option and all the shooting noises that goes with it are nice, and, yes, sometimes you get to capture a threatening piece just by hurling violence towards it without maneuvering your flawless Sicilian Defense out of line, but so can your opponent.  Not that such kills happen that often since even a pawn can absorb several attacks before falling, so the slow build-up of combat damage seems more a distraction from the serious chess game you were trying to have.  The damaging abilities are not so devastating that they can be relied upon to swing a game, so it still comes down to who is the better chess player.  Sure, a person skilled in using better Snap Shots might be able to make up for a few shades of skill against an otherwise superior opponent, but even the most fervent of the Emperor’s legions won’t be able to face down a grand-master by relying on the lethality of their frag grenades alone.

Hence, I’m left wondering at what type of game they were trying to make here.  There’s too much turn-based combat to draw in the chess crowd, and too much chess to appeal to the spill-blood-guts crowd.  Quite simply, the middle-ground the game was aiming for doesn’t exist.  To put proof to the pudding, the game supports multiplayer, but whenever I logged on to find a match there were, literally, zero matches going on.

Seriously, who keeps putting these in here?

The game feels like it wanted to revolutionize the game of chess, but was too conservative, even falling short of some other games that have come before it.  Regicide has you playing chess, but with 10% more guns-shooting.  Just keep that in mind, and the game is well-worth the $15 Steam is asking for.

Summary: Regicide is chess. You are buying a computer chess game. Yes the graphics are tasty and the fight scenes are well done and the atmospherics are exemplary. But it's Combat Chess with a twist, and not even a big twist.