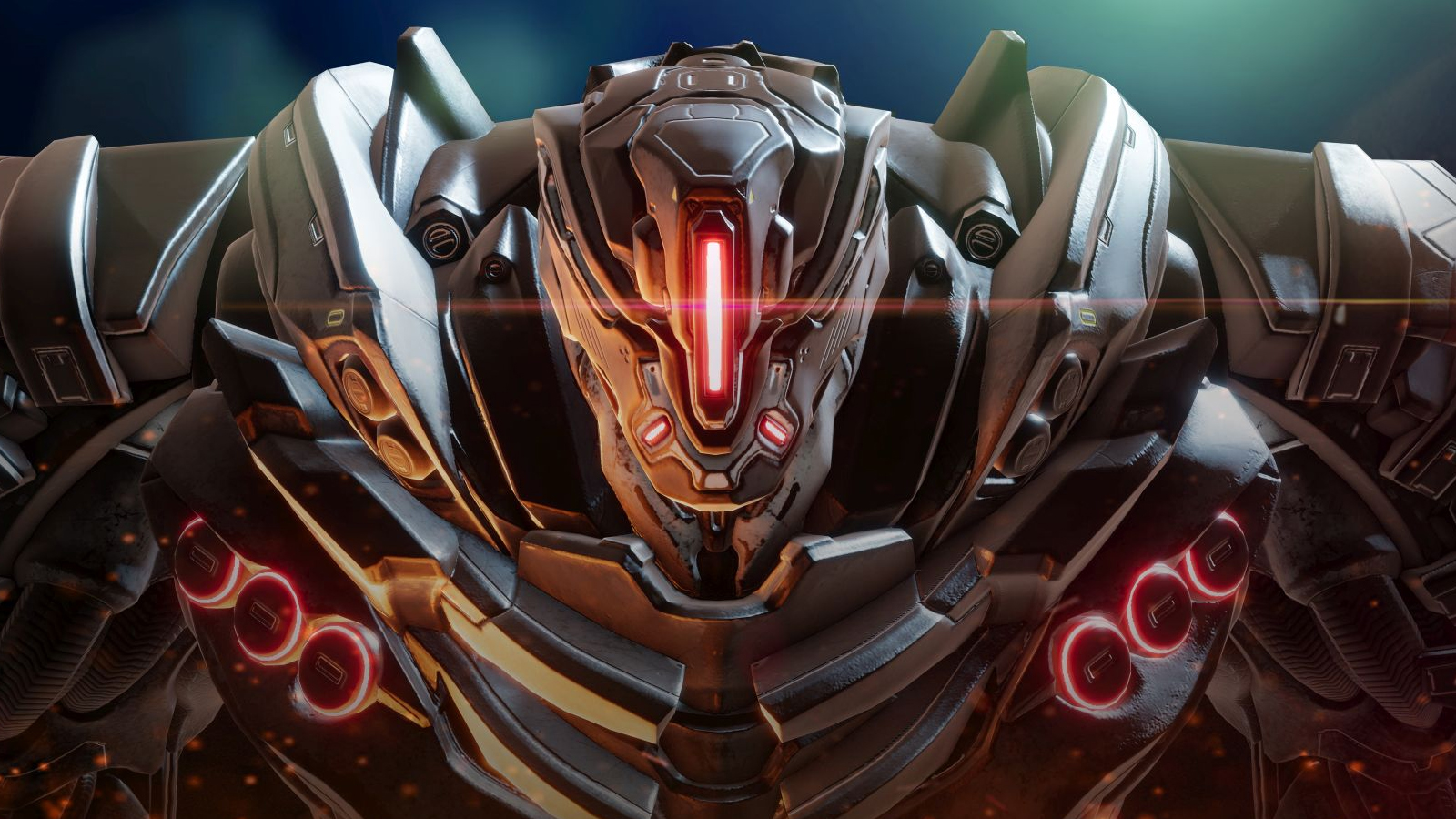 A year ago when I took Archangel for a spin on PlayStation VR I had some pretty positive things to say about it. The on-rails nature of the game is perfect for newcomers to the platform, and the RPG-lite upgrade mechanics made the story mode a whole lot of fun. Fast forward a year, and developer Skydance Interactive apparently had a few more elements they wanted to address with Archangel. On June 28th, 2018, they released a free update to Archangel called Archangel Hellfire. This DLC introduced a slew of multiplayer elements, including cooperative and PvP. It’s time to step off the rails and do battle.

I’m not going to rehash my review of the singleplayer game (you can hit the link above for that), instead focusing on the elements introduced by Hellfire.

There are two options in Hellfire — Player vs. Player (PvP), and Cooperative (Co-Op) play. In both modes you’ll select from three different mech weight classes — light, medium, and heavy. Each mech has a distinct role, though both sides are kitted out exactly the same. Looking at the HX side, they have the Banish light mech capable of launching field artillery with limited cloaking, alongside its machine gun and rocket weapon compliment. Stepping up to medium Hellfire mech, it has a singularity beam capable of doing damage to anything you can hold the beam on over time, as well as the “Athermodynamic Regen” system that lets you recharge your limited-use weapon ammunition. The heavy Behemoth has an EMP Blast which causes enemies to lose their shields, also causing weapon targeting problems, as well as a “LiBond Invulnerability” system that makes this mech entirely invulnerable, but for a very short time. The Behemoth carries a machine gun Mk II, Slamshot Heavy Rocket, and a Brimstone Cannon, capable of destroying a light mech in short order. These line up with the USFF’s Harbinger, Archangel, and Golgotha in both special weapon systems and heavy weapon loadouts.

Beyond the special weapons, hit points, and armor advantages each mech has, pilots are also able to adjust three sliders in the mech cockpit to match the circumstances you are facing. These sliders, health, shields, and energy, grant additional hull resilience, shield regeneration, or energy for weapon power. You’ll probably end up leaving these at defaults in the beginning, but as you get used to your mech frame these extra bits of finesse can make the difference between victory or death.

Stepping into the deathmatch mode, there are 1v1 and 2v2 options, taking place across three decently sized maps. Players can, at will, choose any of the three available mechs, switching at any point they get taken down. There’s no restriction, so both can play Behemoths heavy mechs, but good players on the other side can take them apart with solid teamwork and the speed of the lighter Harbingers on the USFF side.

One of the best parts of the maps is that they have a great deal of variety. There are tunnels, bridges, verticality, obstructions, wide open spaces, and generally are fairly balanced for both sides. While three maps is admittedly a little thin, the fact that Skydance Interactive is still supporting Archangel makes their promise of additional maps plausible.

On the other side of the multiplayer coin is the cooperative mode. Cooperative mode isn’t quite what the name would suggest, but instead pitting up to four players against 17 progressive waves of AI-controlled mechs. There is only a single map in co-op (which is one of the three you’ve already seen in PvP), but there is a decent amount of weapon variety on display, including a boss to cap it all off. This mode does feel a little bare bones compared to the PvP section of the game, but it is a nice addition just the same.

Controlling your mech in Hellfire is straightforward. On the HTC Vive, you’ll use light pressure on the oversized trackpad on the left wand to stomp your mech in the chosen direction, while using both arms to aim your wrist-mounted weapons, just as you did in the single player experience. Utilizing your special weapons is as simple as selecting them with the D-pad and then unleashing them with the trigger. The team has worked hard to ensure that a mech that could have been complicated remains simple to operate.

Taking the mechs off the rails does have one obvious effect — you’ll have to contend with natural motion nausea effects. As you know, if you’ve read my previous reviews, I suffer from this issue. I was thankful to find that, despite several rounds of gameplay in a row, I didn’t have nausea issues, save for one exception. On one map there’s a tall bridge with a drop all the way to the ground and into a tunnel underneath. Apparently this is too far for my “VR callus” to handle, and I felt a little bit of a woozy feeling once or twice when that bridge was destroyed under my feet. Thankfully, the team has somehow cracked this issue, and I was able to play the game without a problem, other than this one example.

Expanding on the foundation of the single player experience, Archangel Hellfire completes the package by adding an excellent PvP mode, and an interesting if somewhat short Co-op experience. With the promise of additional maps on the way, Hellfire breathes new life into this title.

Ron Burke is the Editor in Chief for Gaming Trend. Currently living in Fort Worth, Texas, Ron is an old-school gamer who enjoys CRPGs, action/adventure, platformers, music games, and has recently gotten into tabletop gaming. Ron is also a fourth degree black belt, with a Master's rank in Matsumura Seito Shōrin-ryū, Moo Duk Kwan Tang Soo Do, Universal Tang Soo Do Alliance, and International Tang Soo Do Federation. He also holds ranks in several other styles in his search to be a well-rounded fighter. Ron has been married to Gaming Trend Editor, Laura Burke, for 21 years. They have three dogs - Pazuzu (Irish Terrier), Atë, and Calliope (both Australian Kelpie/Pit Bull mixes).
Related Articles: Archangel: Hellfire, Let's Play, VR
Share
Tweet
Share
Submit