There are beasts roaming in the catacombs beneath the kingdom and they must be removed. The king tasks you, a brave knight, with delving into them to eliminate these threats. Arm yourself well and fight carefully if you want to succeed. Devious Dungeon is a simple action platformer that is easy to learn and provides plenty of enjoyment with its combat.

Devious Dungeon’s gameplay revolves around jumping, attacking, and dodging attacks. Dodging boils down to moving out of range of the attack; there’s no dodge or block buttons. There’s only one attack button and holding it down will let you constantly attack. You can move slightly while attacking, which is a bit useful, but it’s a bummer that you can’t swing constantly while running. 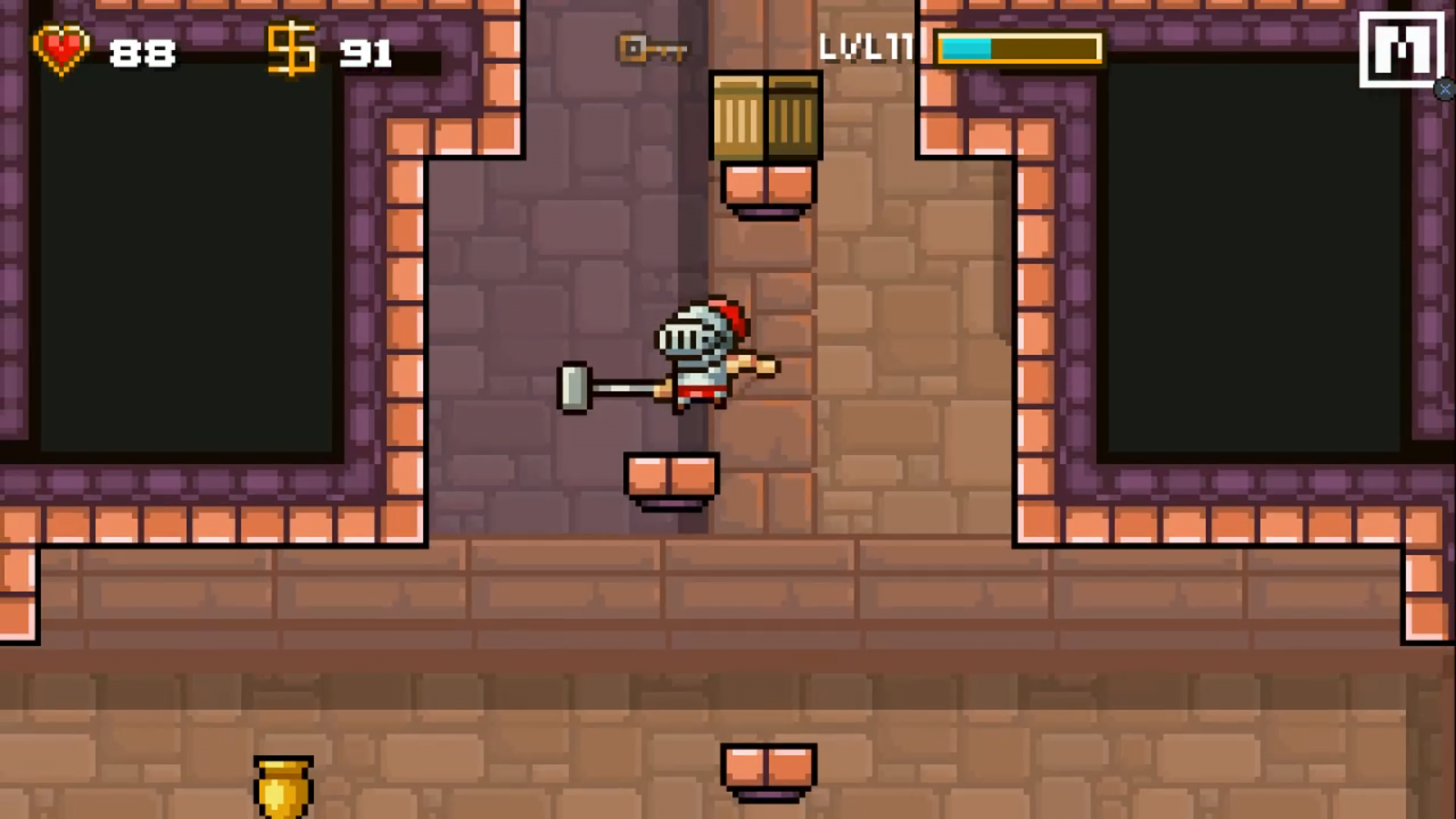 You start the game with a standard sword and armor, but as you collect coins from defeating enemies and breaking objects, you can buy better equipment from the shop. The downside is that you are required to buy your equipment in order. This means that after the standard sword, you can only buy the club, and once you buy the club, then the next tier weapon is available. This pattern is constant throughout the weapon, armor, ring, and amulet sections of the shop. The weapons get stronger with each new iteration and have their own attack speed depending on the weapon. The armor increases your stamina by a larger amount with each new iteration; the stamina adds to your max health. Rings and amulets increase stats such as strength, stamina, and dexterity; in other words, attack power, max health, and critical hit damage. There’s also a priest in the occasional rest stop levels that fully heals you for 50 coins, which has been a lifesaver for me many times.

Levels are random every time you enter them, which keeps things fresh and prevents you from memorizing layouts if you die. You can check the map to see where you’ve been in your current level, which is very helpful. There are specific levels that act as checkpoints in case you die, but if you die before the next checkpoint level, you must restart at the previous one. This can be disappointing if you die just short of reaching a checkpoint level, but there aren’t many levels between each one. When you die, you are sent back to the main floor with no penalty besides having to possibly play through a few levels again. Not losing coins or equipment is such a relief and makes jumping back into the action that much easier. You can just buy better equipment if you can afford it and then try again. 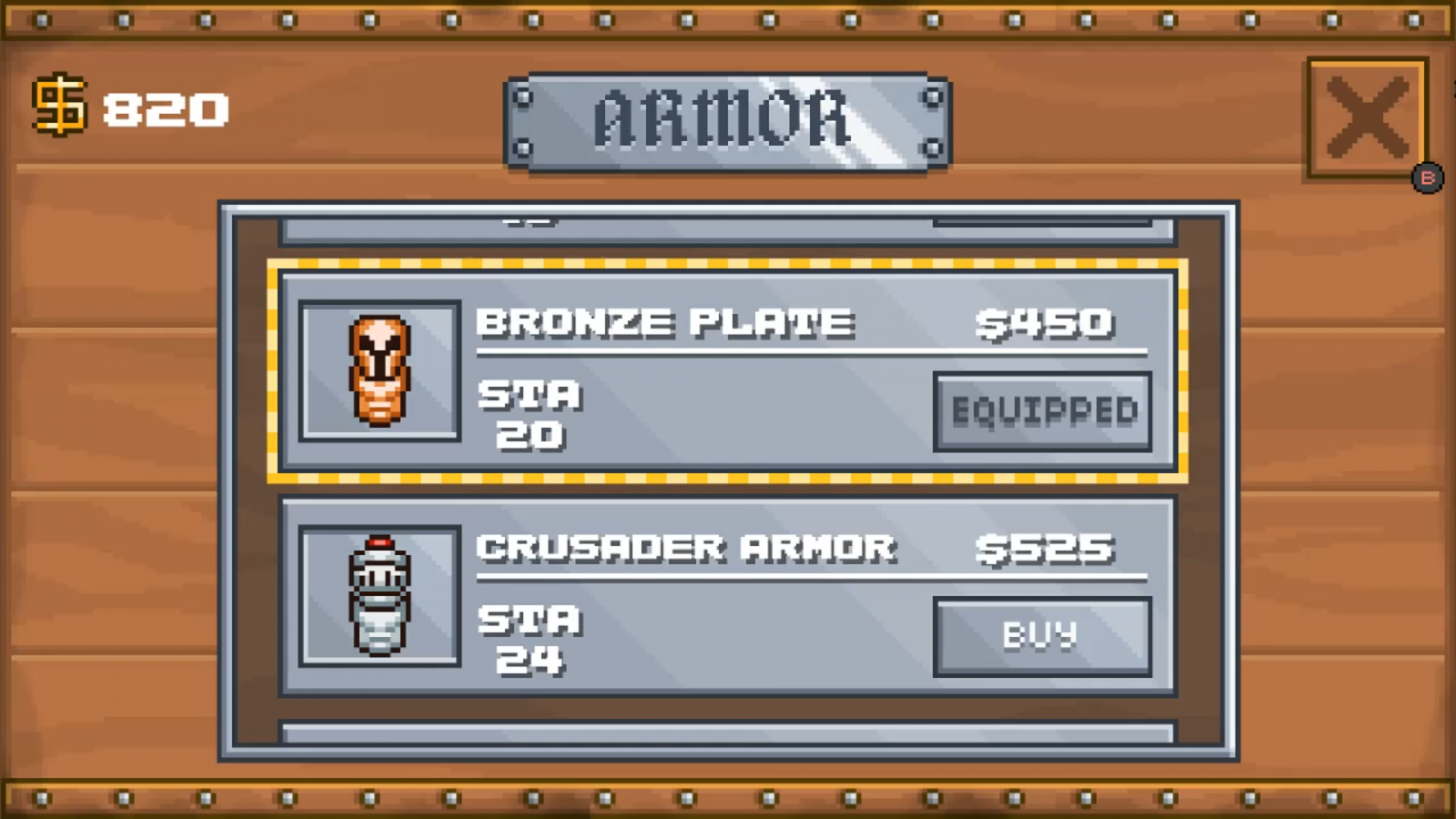 As you play, you’ll encounter boss levels, which thankfully count as checkpoints of their own. This means if you die to them, you can quickly head back to try again. The boss difficulty varies, but they do all have patterns that you can learn in order to defeat them more successfully.

Defeating enemies rewards you with experience that levels you up. When you level up, you choose to upgrade either your strength, stamina, or dexterity. Strength and dexterity increase the associated stat by one, while stamina increases your health by two. I leaned towards strength and stamina in order to make myself more of a tank character. Being able to take plenty of hits and also dish out some damage feels great. 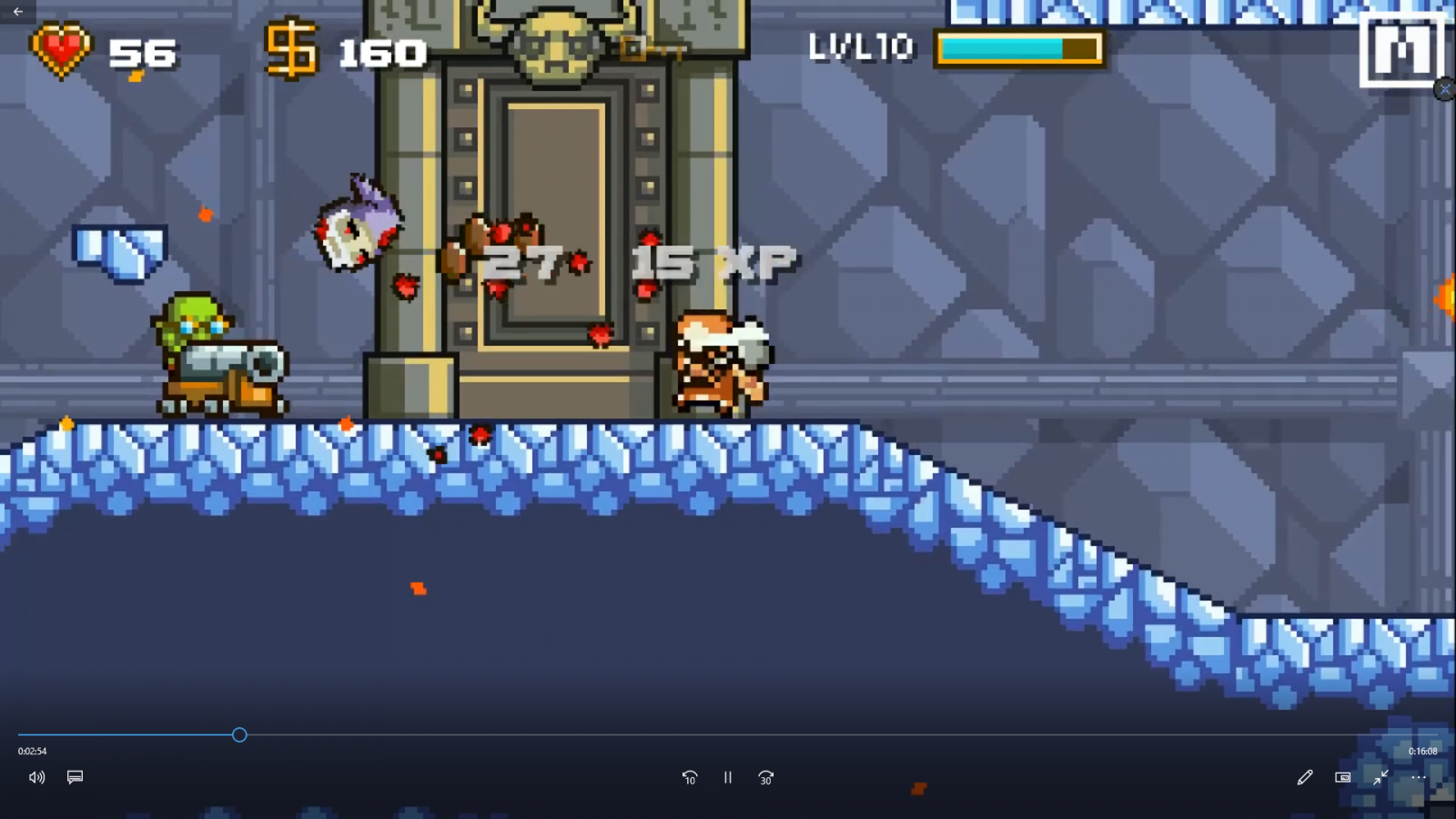 The gameplay is simple and easy to learn, but you need to be careful in order to avoid dying. Enemies have patterns of attacks that you can read in order to avoid them, so as you play more, you’ll get better at staying safe. The visuals are charming pixel graphics coupled with an upbeat adventurous tune. All in all, Devious Dungeon doesn’t have a lot of depth, but it does offer an entertaining, action platformer experience.

Devious Dungeon is a simplistic action platformer that is entertaining to play. The combat is easy to learn but you still need to be careful of enemy attacks. The step-by-step equipment purchases is a bit of a bummer though.

Codi loves to play video games and watch movies. He will watch almost any kind of movie just to experience them. His ideas take inspiration from the shows and movies he watches, and games he plays. He also loves a good pun.
Related Articles: Devious Dungeon
Share
Tweet
Share
Submit