Professor Lupo and His Horrible Pets was the first game I reviewed for Gaming Trend. Since then, I’d like to believe I’ve improved as both a writer and a critic. Similarly, I’d hope that the developers have grown as well, and playing Professor Lupo: Ocean has shown me that this is true in some sense, but untrue in others.

Ocean picks up an indeterminate amount of time after the first game, with you taking on the role of Clone attempting to escape the same orbital facility as last time, but now it’s slowly flooding. You need to navigate to a certain part of each level to proceed to the next, with puzzles and deadly creatures to contend with on the way. This sequel, in a way, feels like a small expansion on the first with its big new gimmick – water. Since the station is mostly underwater, Clone will have to slowly walk through flooded rooms to get to her destination. (Again, like the first game, the walk speed here is what I can only describe as a mosey.) 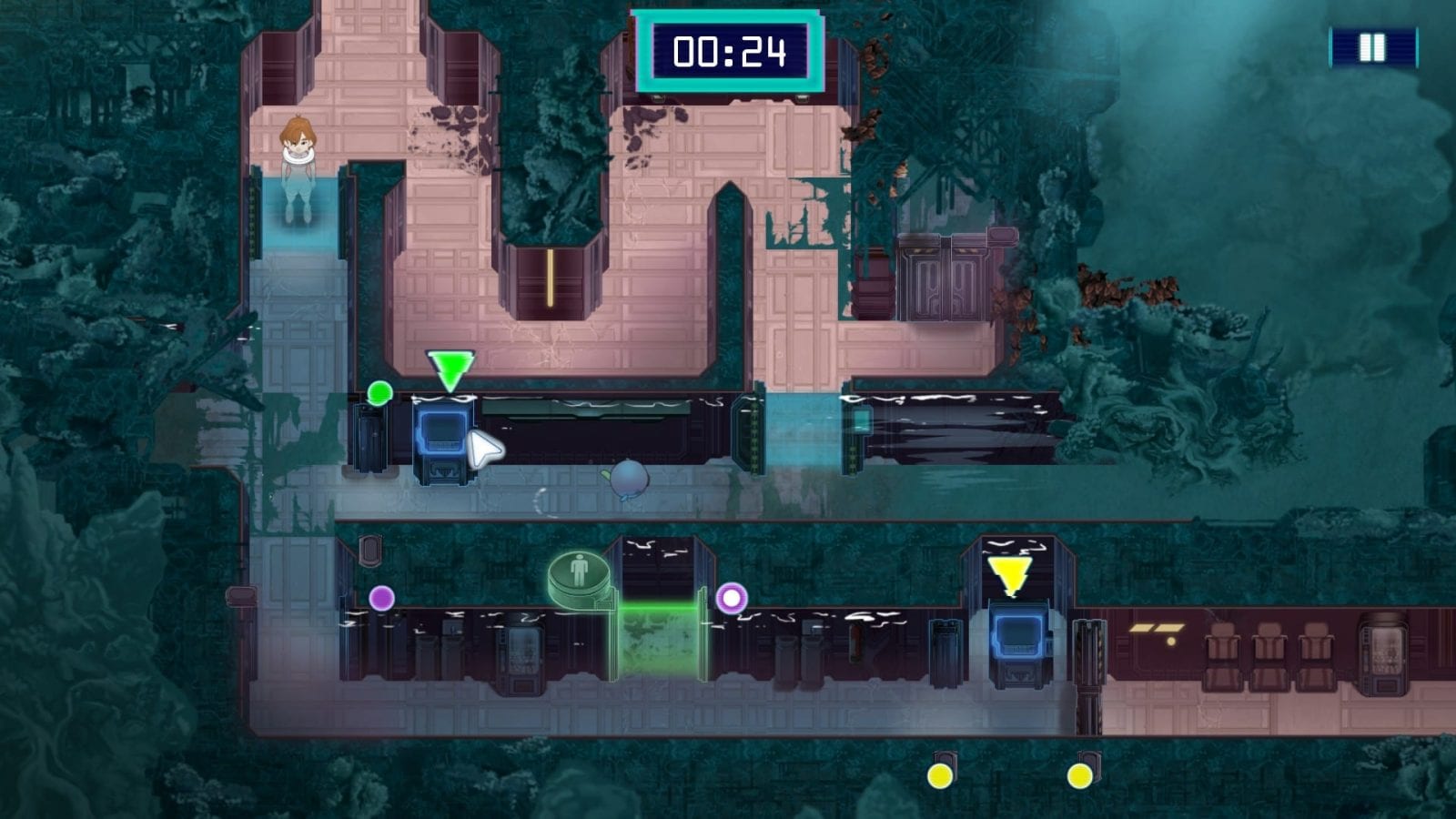 Some monsters transform when submerged, gaining different properties like much faster movement, becoming completely immobile, or electrically charged beasts being able to shock all of the water and triggering switches in the process. This game revolves around this mechanic; basically every stage in the game’s three chapters has you interacting with flooded rooms in some way and the shorter runtime theoretically keeps it from getting old. Unfortunately, the majority of the levels have the same exact frustration that the middle of Pets had: timing.

In my review of the first game, my major frustration was that, even if you knew how to solve a puzzle, actually executing that solution was a herculean feat of precise timing in both your actions and the creatures’ reactions to what you’re doing. Ocean unfortunately doubles down on this to the point where, halfway through chapter 2, I knew exactly what I had to do to proceed but couldn’t get even the first step to work. I normally finish games before I try to write about them, but it feels impossible to progress here. 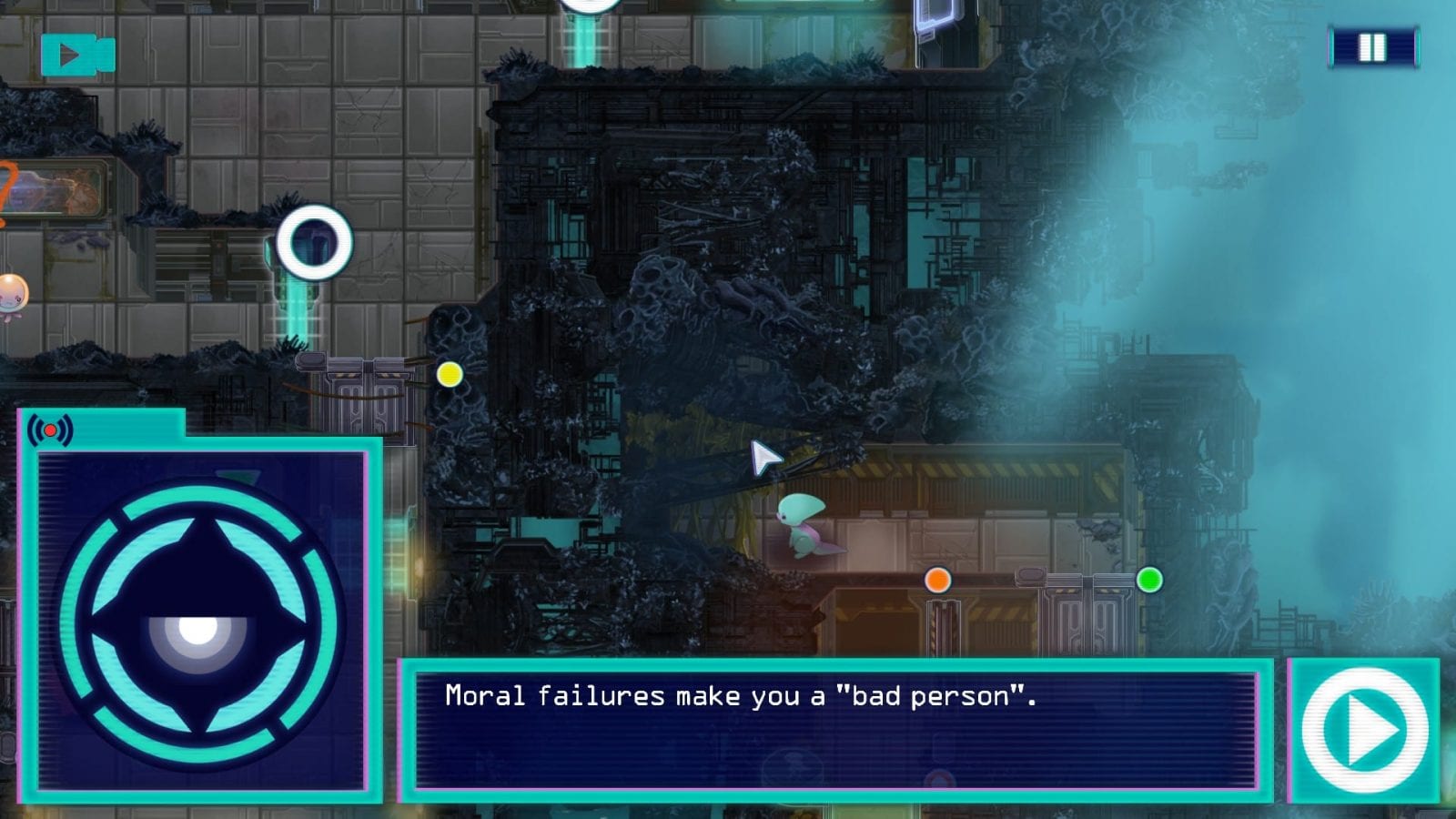 The concept is innovative, the story and voice acting are marginally better than the last game, and the puzzles are interesting, but it’s just too frustrating to actually play the game. I want to enjoy Ocean, since it appears on the surface to be an improvement, if a bit small, on the first game however, the execution once again leaves a lot to be desired.

Professor Lupo: Ocean attempts to be a small expansion on the first game with its central gimmick, but fails to really improve over the original and doubles down on its faults.

David is the kind of person to wear his heart on his sleeve. He can find positives in anything, like this is a person who loved Star Fox Zero to death. You’ll see him playing all kinds of games: AAAs, Indies, game jam games, games of all genres, and writing about them! Here. On this website. When not writing or playing games, you can find David making music, games, or enjoying a good book. David’s favorite games include NieR: Automata, Mother 3, and Gravity Rush.
Related Articles: Indies, Professor Lupo: Ocean
Share
Tweet
Share
Submit