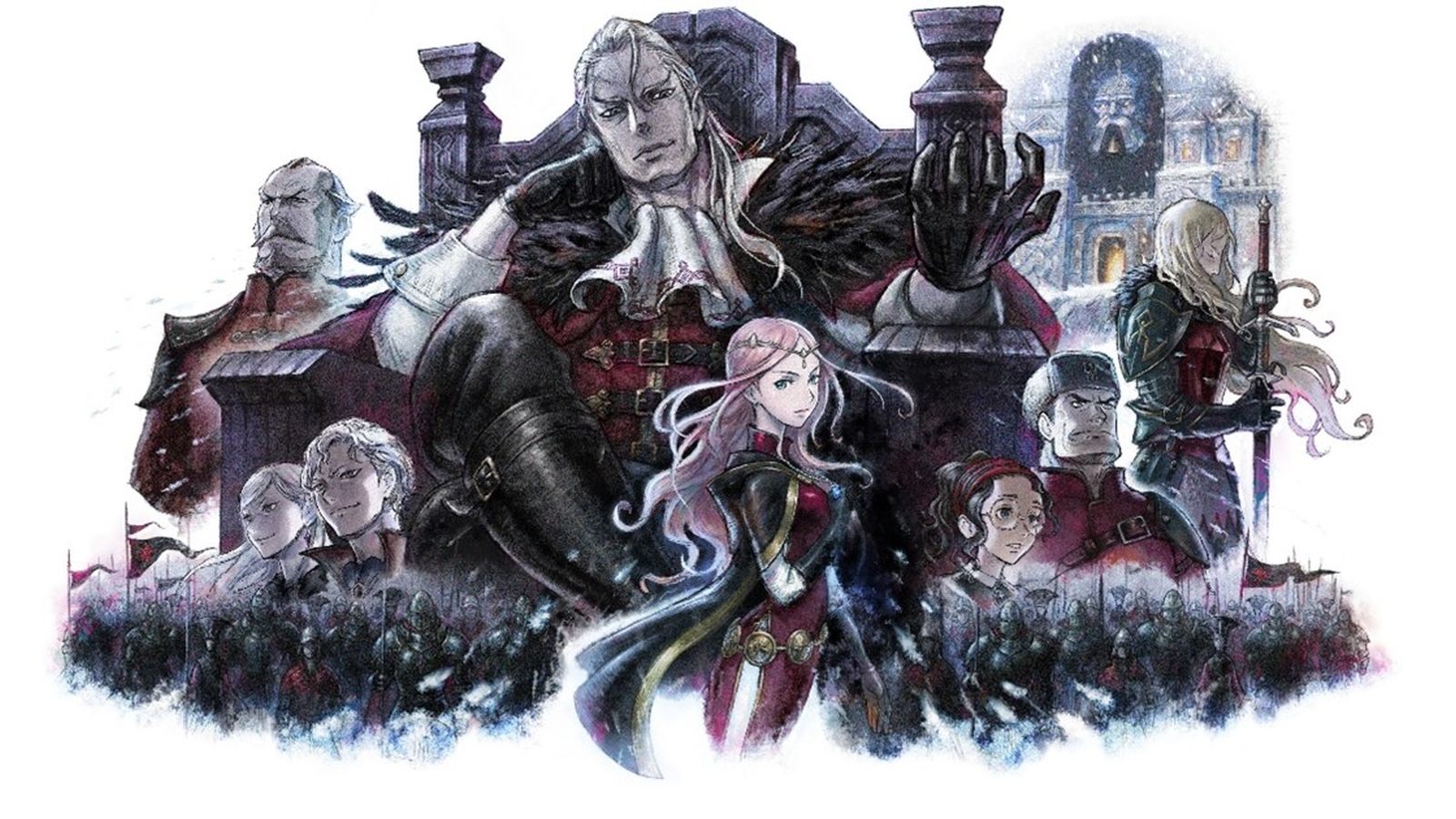 You have to understand that I may have a problem. I own Final Fantasy Tactics on effectively every platform where it’s available, and I’ve beaten it more times than I can count. Sure, I missed out on Bahamut Lagoon in Japan, but I’ve got every other release that hit the west. Max out every class? Yep. I’ve fought the Grog Hill monks, I recovered Cloud’s Ribbon, I’ve (barely) survived against the Seven Samurai, and it took more than a few tries, but I beat the denizens of Barius Hill. These kinds of tactical games have been a staple of my life, and as I’ve gotten older even more so. Despite my deep love and appreciation for the series, I let Triangle Strategy slip past me. David reviewed it and had wonderful things to say about it, but I wanted to play it on the big screen with all the bells and whistles that Square Enix has been adding to their PC releases lately. Well, that time is today. I’m ready for a spiritual successor to Final Fantasy Tactics, and I’m eager to experience the best version of it. Let’s dive in and see what’s new under the sun. But first…PC spec recommendations: 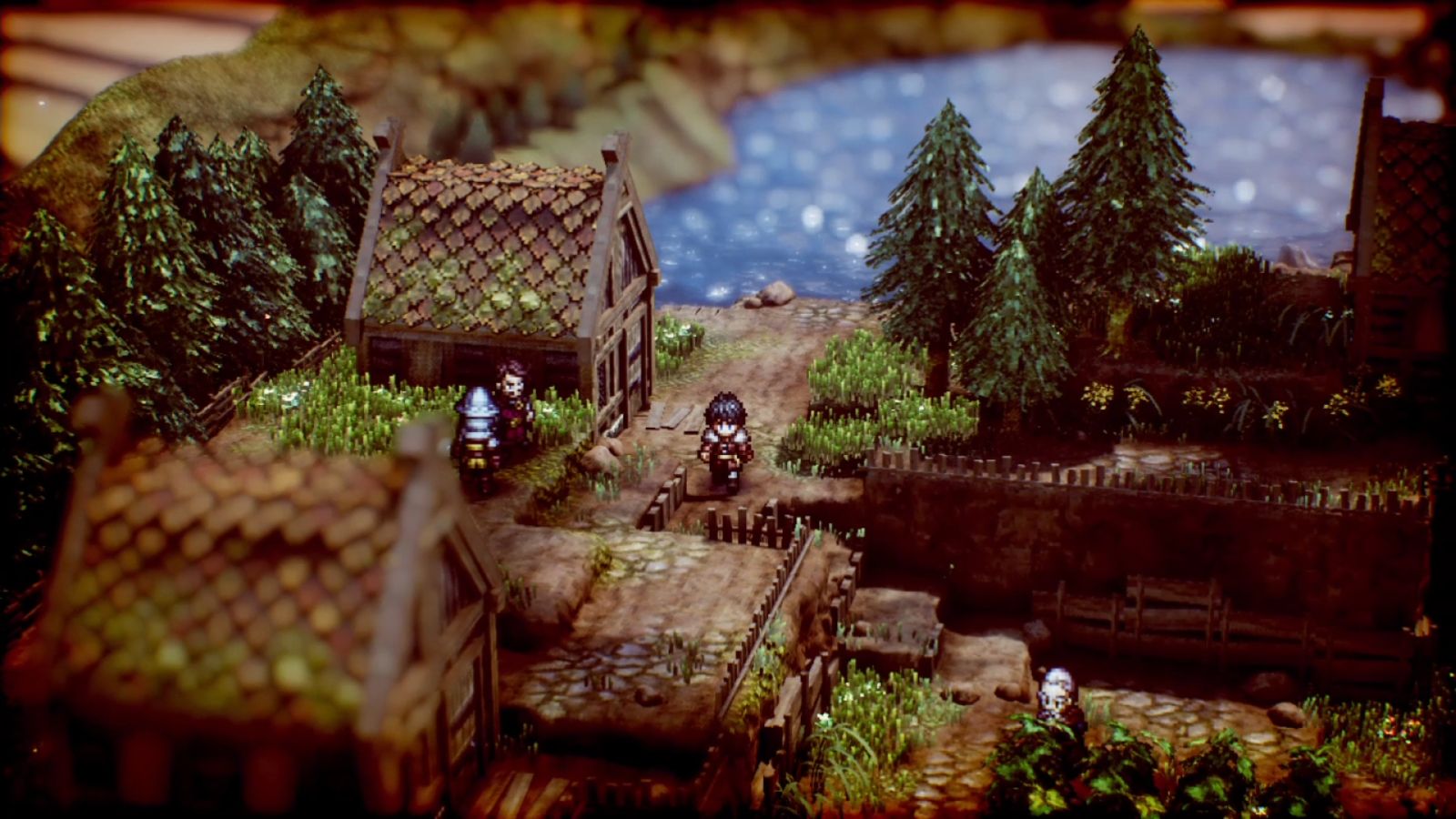 I’m going to lean heavily on David’s review as I don’t want to contradict his thoughts on the subject. Instead I’ll be focusing on what the RPG giant has added to this release. First and foremost, it runs nicely at 4K at 60fps, even on a laptop with a 2080 Super Max-Q. How nicely? Shadows, Anti-Aliasing, and Post Processing set to Ultra, and render resolution set to 100% allowed me to run the game at 4K, despite the laptop’s maximum resolution being 1080p. 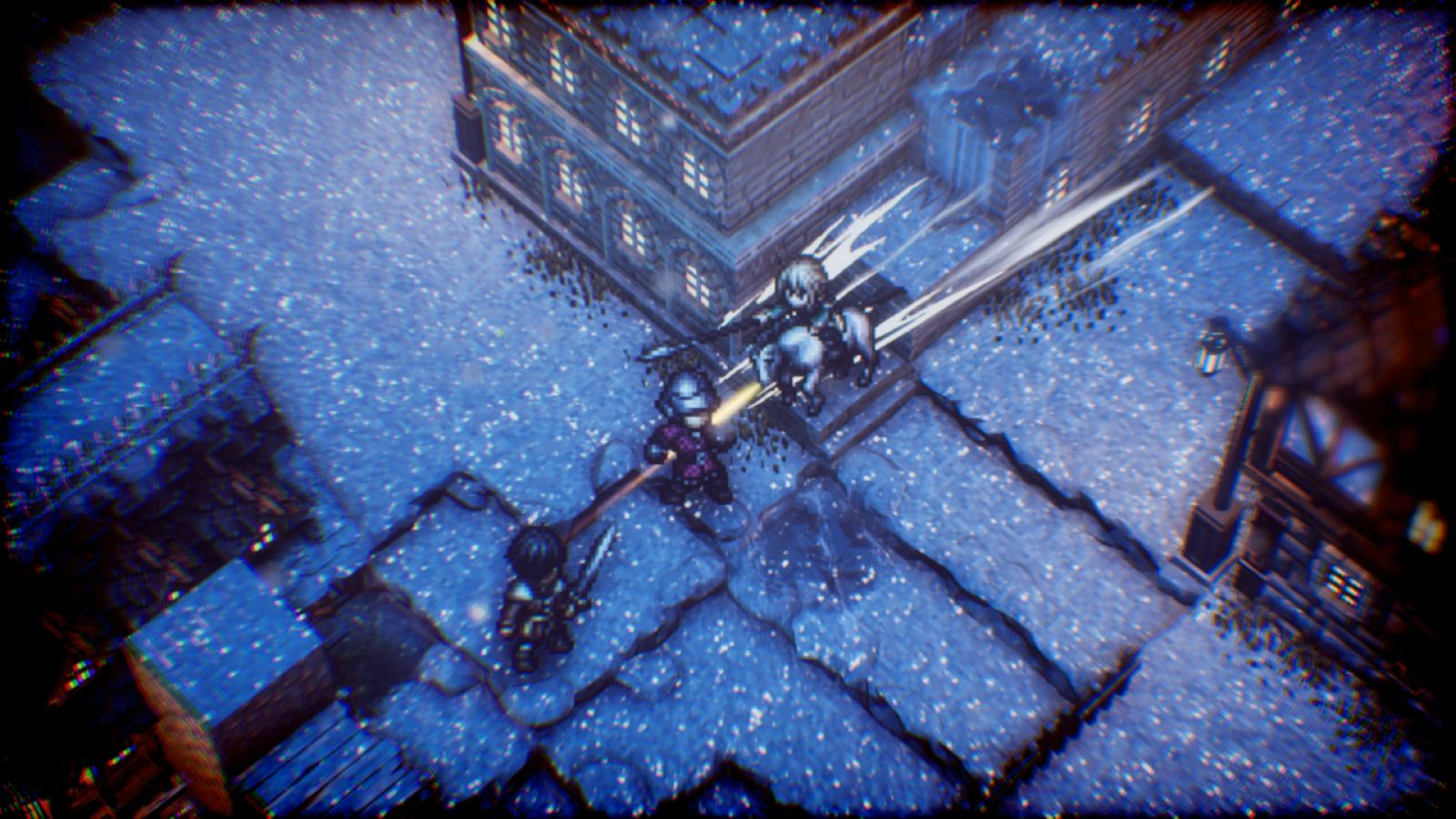 Running FrameView on the 2080 Super Max-Q, the numbers are rock solid. The average, 99%, and 1% low numbers are all pretty much locked at that 60fps mark, which is frankly overkill for a game like this, but it does make it look smooth and gorgeous.

It seems a little backwards, given that the game came out on Nintendo Switch in March, but I was eager to see it perform on Steam Deck, and boy does it. Cranking up all of the options and setting the render resolution to max, the game still runs at 720p, but it looks absolutely gorgeous. Given that it was built for the Nintendo Switch, the controls are also directly mapped from that source, so they port perfectly to the Steam Deck. By simply cranking all of the details to maximum, you are going to shrink your battery to about 3 hours of play. Lowering the framerate to 40fps and then knocking down the settings to high will give you a very smooth game, and pushes that number out to about 4 to 4.5 hours, depending on whether you also tinker with your TDP and GPU settings. Pushing even further, you can get into the 5 hour range, but that requires that you pull the details all the way to the bottom and drop the framerate down to 30. The great news is that all of these things are independent, so you are welcome to tweak however you see fit to make it precisely the experience you want. 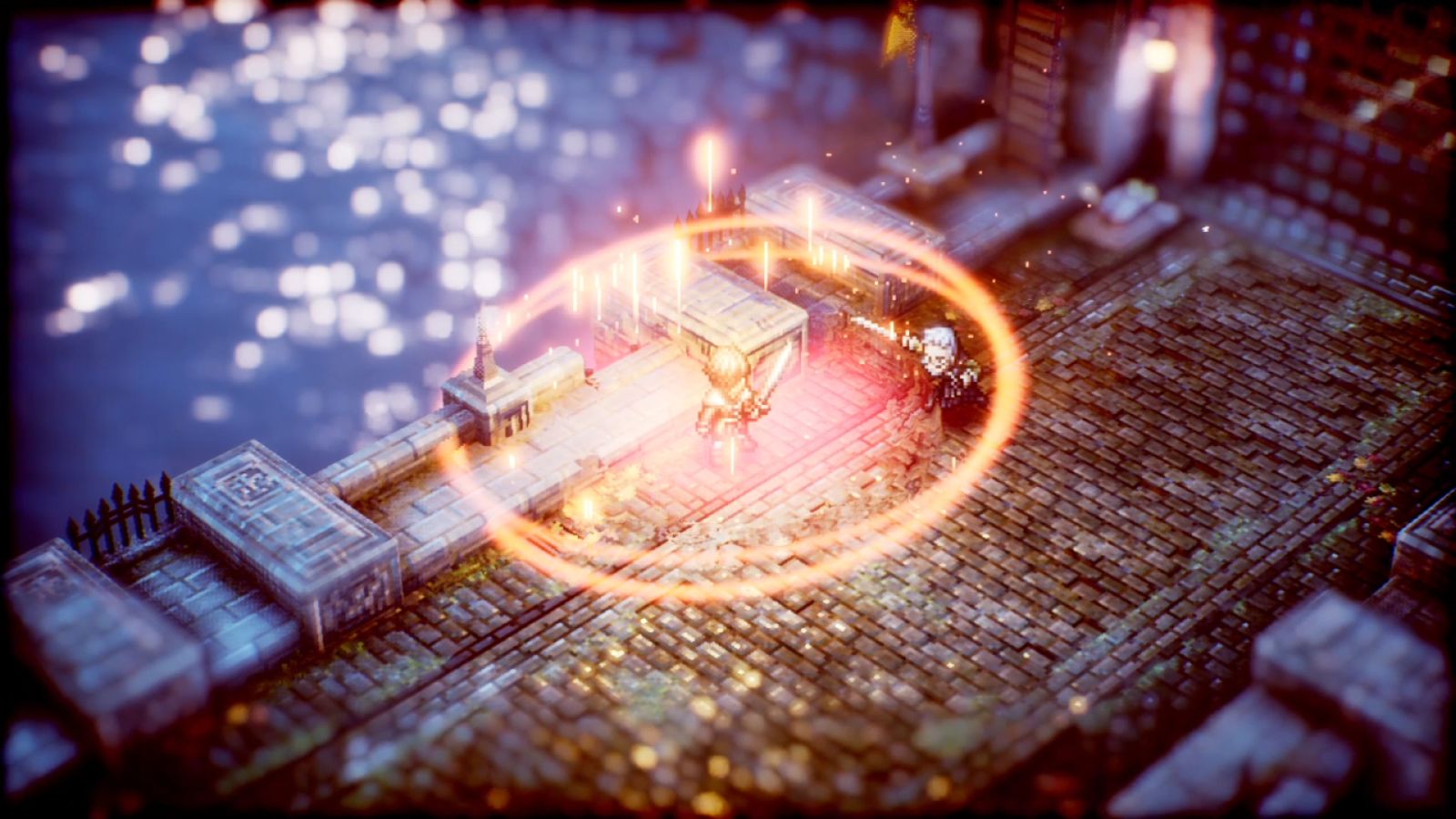 One of the best things about playing games on a PC, and by extension the Steam Deck, is mods. As the game literally just launched there aren’t any quite yet, but it’s undoubtedly going to see mods from the community very soon. The Diofield Chronicle (our review) has already received a number of trainers and mods in response to asks from the community, and there’s no doubt we’ll see the same here. This brings me to my only real complaint with Triangle Strategy. 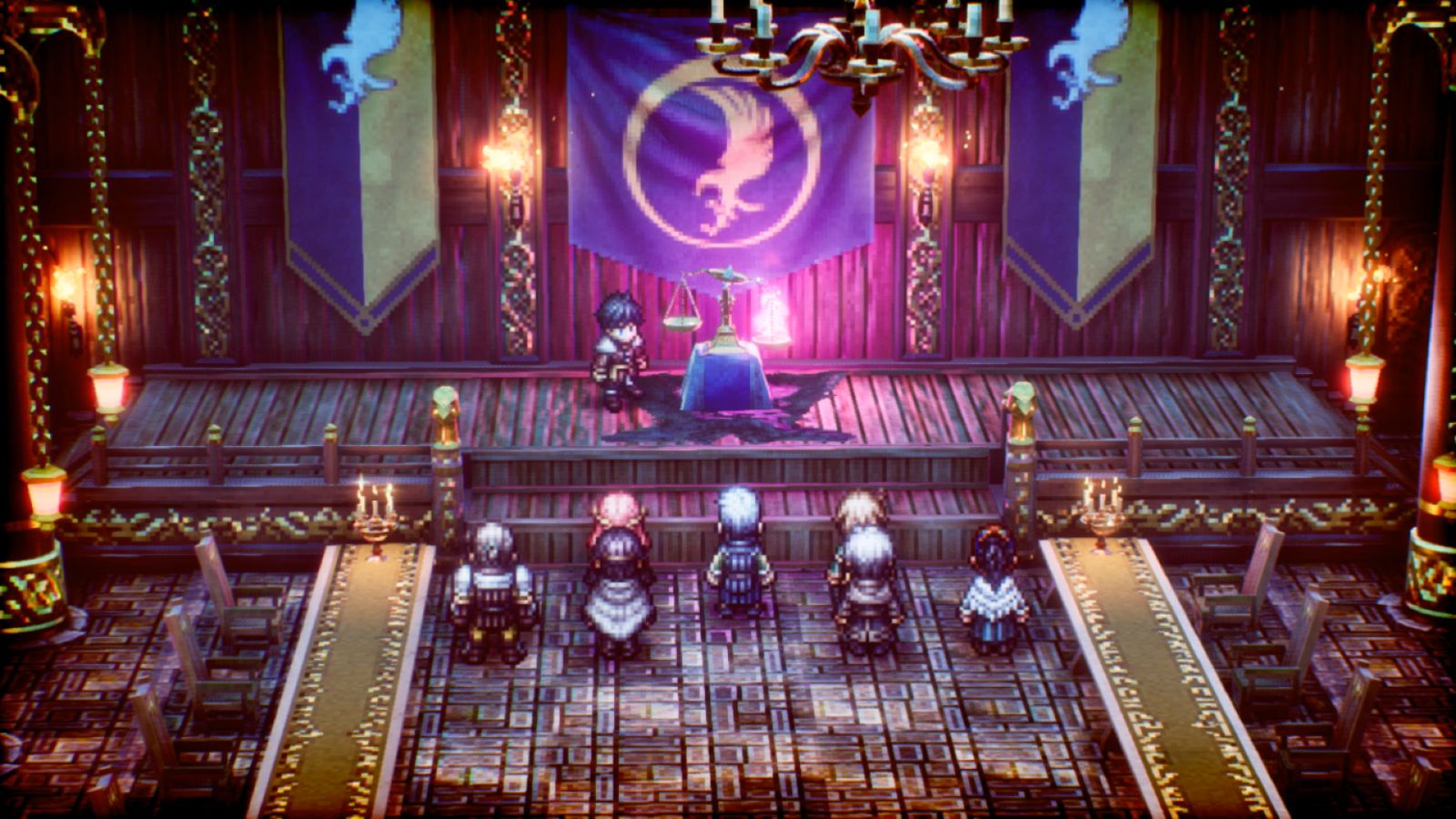 If you look at other Square Enix titles like Final Fantasy X/X-2 HD or Final Fantasy XII: The Zodiac Age and you’ll find some “quality of life” upgrades. These can be things like a reworked sphere grid with more choices, combat and movement speed adjustments, item and gil maxing options, and even full healing and auto-battling. While some of these might be overkill for a tactical title versus an open world one, the point remains the same. Triangle Strategy will easily soak up 40 hours or more of your time, and for some folks an ability to speed up some portions of the game would be a much-appreciated option. Still, it fares better than the much-maligned port of Bravely Default II which at launch suffered issues like lack of keyboard and mouse controls. All of that has been ironed out for Triangle Strategy, and it works well on a keyboard or a controller.

Ultimately Triangle Strategy gets an excellent port, albeit one with fewer frills than we’d like. Still, that’s nothing the modding community can’t fix in very short order. Performance is fantastic on PC, and equally as good on Steam Deck. While the long-winded story might need work, there’s no denying the tactical combat.

Ron Burke is the Editor in Chief for Gaming Trend. Currently living in Fort Worth, Texas, Ron is an old-school gamer who enjoys CRPGs, action/adventure, platformers, music games, and has recently gotten into tabletop gaming. Ron is also a fourth degree black belt, with a Master's rank in Matsumura Seito Shōrin-ryū, Moo Duk Kwan Tang Soo Do, Universal Tang Soo Do Alliance, and International Tang Soo Do Federation. He also holds ranks in several other styles in his search to be a well-rounded fighter. Ron has been married to Gaming Trend Editor, Laura Burke, for 21 years. They have three dogs - Pazuzu (Irish Terrier), Atë, and Calliope (both Australian Kelpie/Pit Bull mixes).
Related Articles: Triangle Strategy
Share
Tweet
Share
Submit