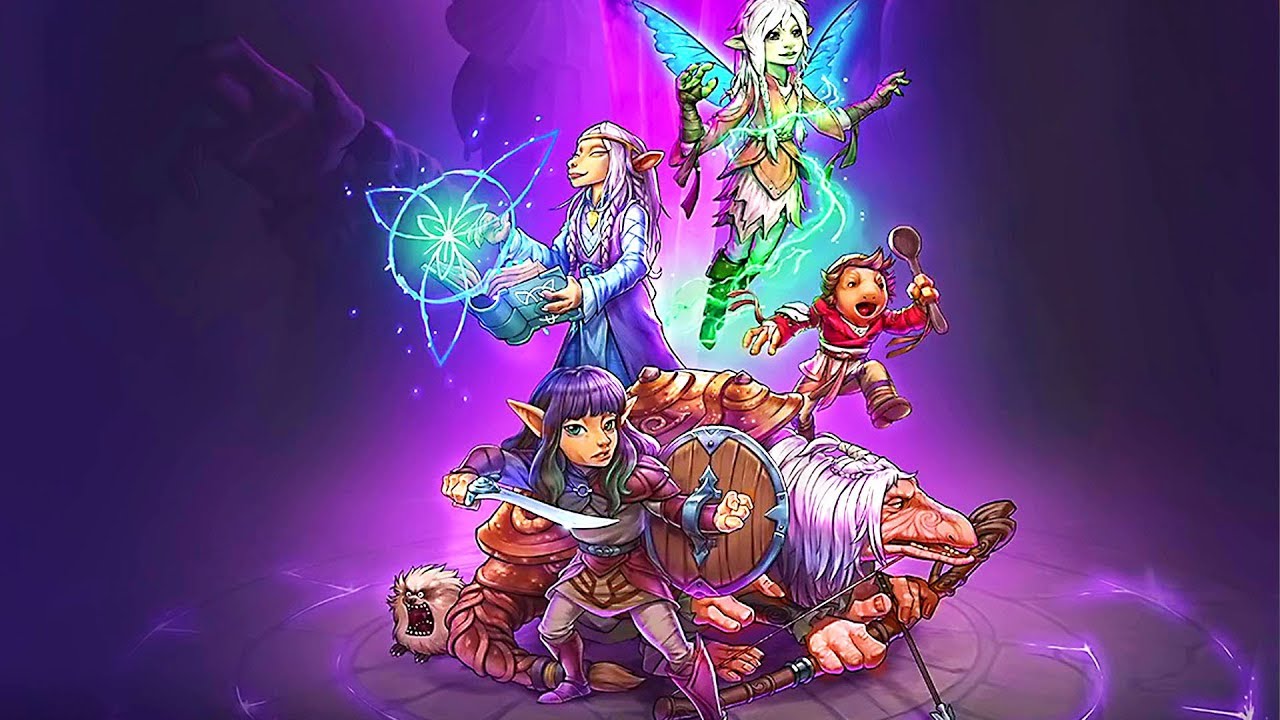 Netflix has brought one of my most beloved childhood memories back to life in The Dark Crystal: Age of Resistance. Now publisher En Masse Entertainment and developer BonusXP (of the Stranger Things series and several F2P mobile games fame) have teamed up to let us experience the world of Thra in a completely new way with their game, The Dark Crystal: Age of Resistance Tactics. Let’s step into the tiny boots of Rian, Deet, the great Paladin Hup, and many more to stop the Skeksis and their rise to power.

The Dark Crystal: Age of Resistance Tactics follows the storyline set forth by the Netflix show, or at least it does in the broadest of senses. If you’ve not watched the show yet, it follows how the veil of the once symbiotic and abusive relationship with the Skeksis was pulled back to reveal something far more sinister. Now the Gelflings must band together to stand against their former masters in a bid to save their world, Thra. 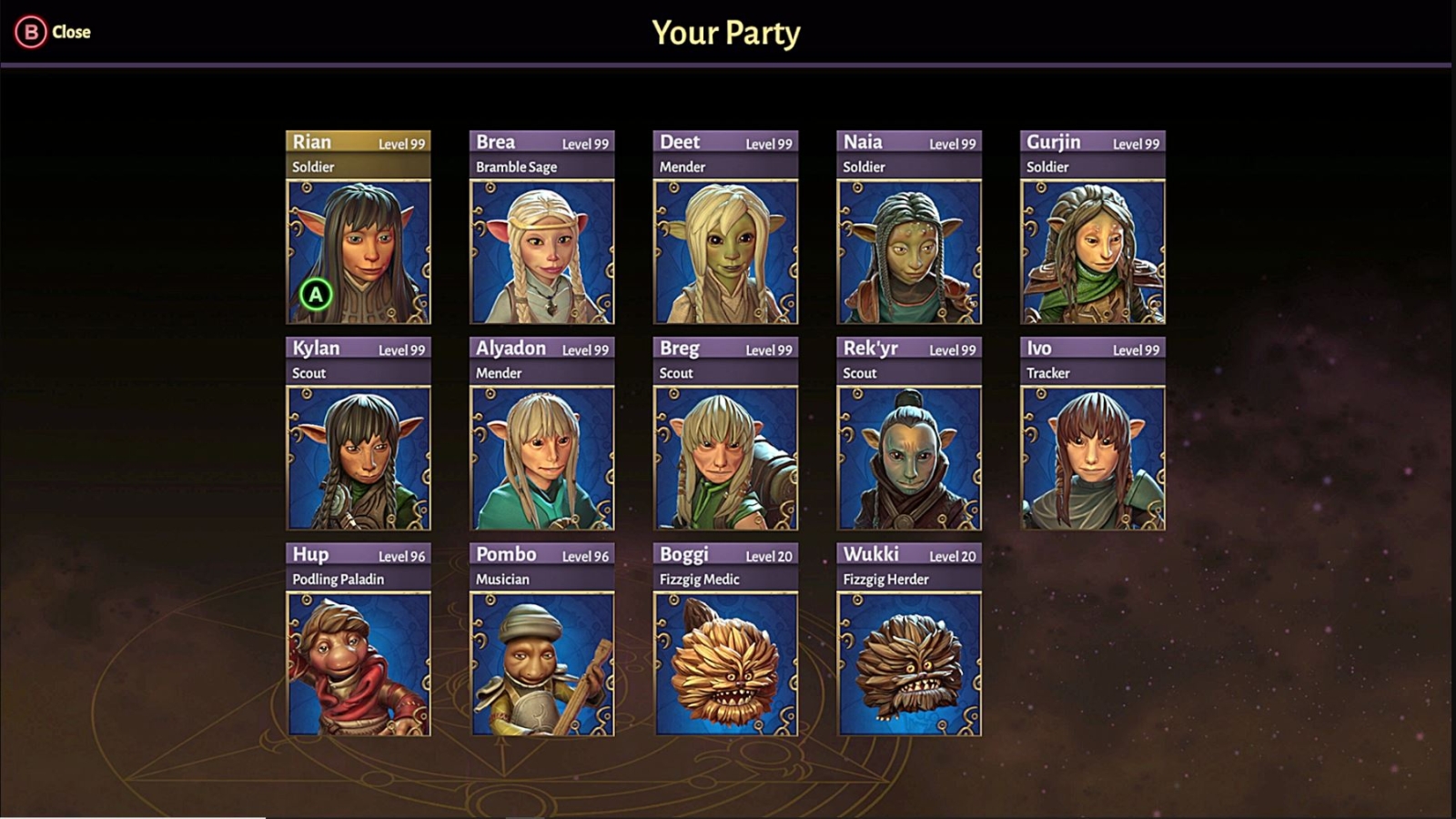 You will have many friends on your journey.

Any good game leans heavily on storytelling, and I might as well start this review with that aspect. The game skews very close to the story from the show, though it occasionally fills in some gaps between episodes. One of the aspects of the show is that each character is completely overflowing with personality and expression, and all of them are voice acted by top shelf actors and actresses. Unfortunately, Age of Resistance Tactics features almost zero voice acting for characters, and none of it is reserved for storytelling. That means that the story, character motivations, and emotional moments are told with character pop-ups. It saps away some of the wonder and connection.

Turn-based tactical games are getting a great deal of attention lately, and if you’ve played Fire Emblem: Three Houses, Phoenix Point, Wargroove, or Fell Seal: Arbiter’s Mark (just to name a few), you have some idea of what to expect with The Dark Crystal: Age of Resistance Tactics. Below you’ll see the first 40 minutes of the game, guiding you through movement, spells, skills, and party management.

At level 5, your characters can unlock a second job, and with it, additional skills. This lets you diversify your team into generalists, or double down into being focused fighters, casters, rogues, and more. Getting up to level 10 lets you open up another character class, and then hitting level 5 in two adjacent skills unlocks the third and final tier. In all, there are 14 characters to recruit, as well as 12 jobs to choose from. Rather than spending skill points, you are given three slots to equip whatever you’ve unlocked by leveling up. You simply toggle which ones you’d like to bring into battle, but that number remains at three no matter what level you hit (except Fizzgigs, who can’t multiclass). Unlike other tactical games, only characters in your party during combat gain experience or levels, so some grinding will be required if you want to keep your team power consistent. Similarly, only your primary skill receives XP, so you’ll be swapping these around periodically to earn new skills.

Tactically, the bones of a nuanced system are here, but I’m not sure exactly how it works. Sometimes it’s obvious, like when you gain a small advantage from being on higher ground, but attacking from the back doesn’t seem to add any damage or critical chance, even when executed by a rogue, at least that I can see. There is also an inconsistency with the special abilities of my Drenchen clan Gelflings. They should be immune to poison, but occasionally they are affected by environmental toxins. It disrupts your approach as you take an otherwise supposedly safe approach, but somehow are damaged. Dropping a massive rock on someone does 10 damage, but throwing one can be over 100. Similarly, the difficulty level can also be all over the place, but there’s no consequences to dying and trying again.

If you are struggling to get enough pearls to buy equipment (there is no “sell” mechanic, so all you can do is replace upwards) you can go on optional side missions. These are often a return to a level you’ve already completed, but with new beasties to battle. Sometimes it’ll yield equipment, but it’s more likely you’ll have to farm for those. The UI isn’t particularly clear on what the different symbols are, and even the legend can be somewhat mysterious. By way of example, what is “Recovery” and what does it affect? Or “The cap says +5 to health, but this shirt says +10. Is that an additional 10 or 5?” Some mouseover text would go a long way here. Similarly, having a comparison between equipped and potential weapons would save you from accidentally buying things you don’t need. Thematically, the weapons make sense, with casters using books to cast spells and Hup using serving spoons and forks as his arsenal.

While much of the UX/UI has more in common with what you might find on a mobile platform, the graphics and sound in this game are pretty decent. The character portraits look great and the animations are decent enough for an indie game. While Netflix may be associated, it’s probably best to keep in mind that this is a small studio effort.

All in all, there are a little over 50 levels in The Dark Crystal: Age of Resistance Tactics. Truthfully, the challenge of combat isn’t what’ll keep you from progressing, but the grind for pearls. You can earn equipment and pearls with repeat visits to side missions, but the balance feels more “free to play” than “single player RPG”. It’d be easy enough to patch, but in its current state it makes the game feel very grindy.

The Dark Crystal: Age of Resistance Tactics is a mid-tier game with a top-tier Netflix tie-in. Where it delivers on tactical combat, it falls down in being overly grindy for resources, and a direct-from-mobile interface. If you like tactics, and you think Hup is the cutest thing ever to wield a soup spoon, then you’ll like Age of Resistance Tactics.

Ron Burke is the Editor in Chief for Gaming Trend. Currently living in Fort Worth, Texas, Ron is an old-school gamer who enjoys CRPGs, action/adventure, platformers, music games, and has recently gotten into tabletop gaming. Ron is also a fourth degree black belt, with a Master's rank in Matsumura Seito Shōrin-ryū, Moo Duk Kwan Tang Soo Do, Universal Tang Soo Do Alliance, and International Tang Soo Do Federation. He also holds ranks in several other styles in his search to be a well-rounded fighter. Ron has been married to Gaming Trend Editor, Laura Burke, for 21 years. They have three dogs - Pazuzu (Irish Terrier), Atë, and Calliope (both Australian Kelpie/Pit Bull mixes).
Related Articles: Let's Play, The Dark Crystal: Age of Resistance Tactics
Share
Tweet
Share
Submit