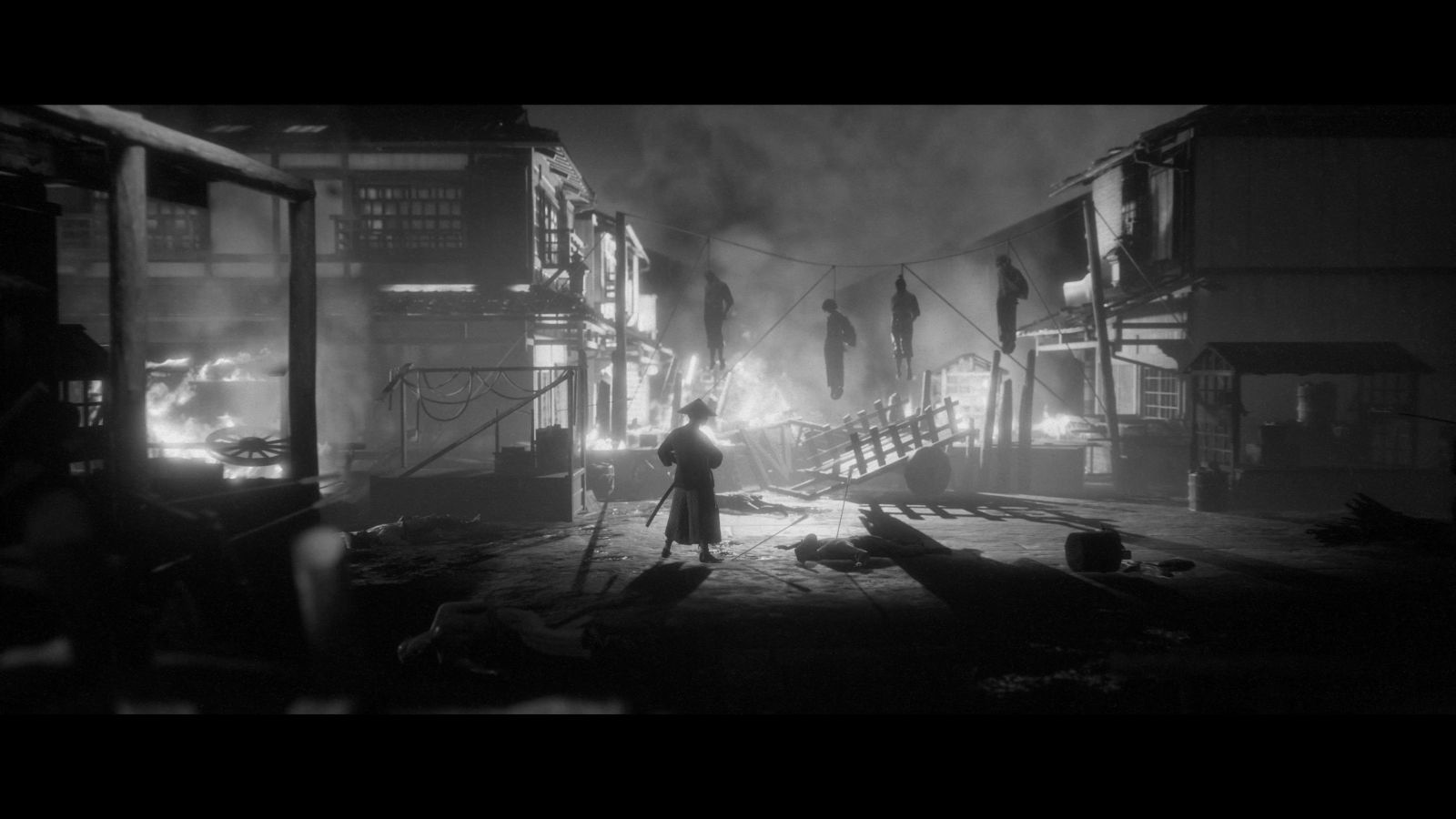 It’s not often that a game is released that bypasses all video game norms and provides a truly unique experience, much less a game that does so while still remaining entertaining – thankfully, Trek to Yomi  is that game. Trek to Yomi is unlike anything I have ever played, utterly gorgeous throughout, with a gripping story of revenge, loss, and honor all inspired by Japanese cinema, silent movies, and theatre.

Created in only 20 months by a team of 40 and based on what began as a 2,000 word script by Leonard Menchiari, Trek to Yomi looks and feels like an authentic Japanese tale. It helps that attention to detail was paramount during the game’s creation, with the team consulting with both Japanese experts and the Edo museum in Tokyo. Trek to Yomi is essentially a 2D game mixed with pseudo 3D aspects to provide depth to the scenes, providing an endlessly gorgeous – and entirely black and white – adventure that kept me enthralled throughout. 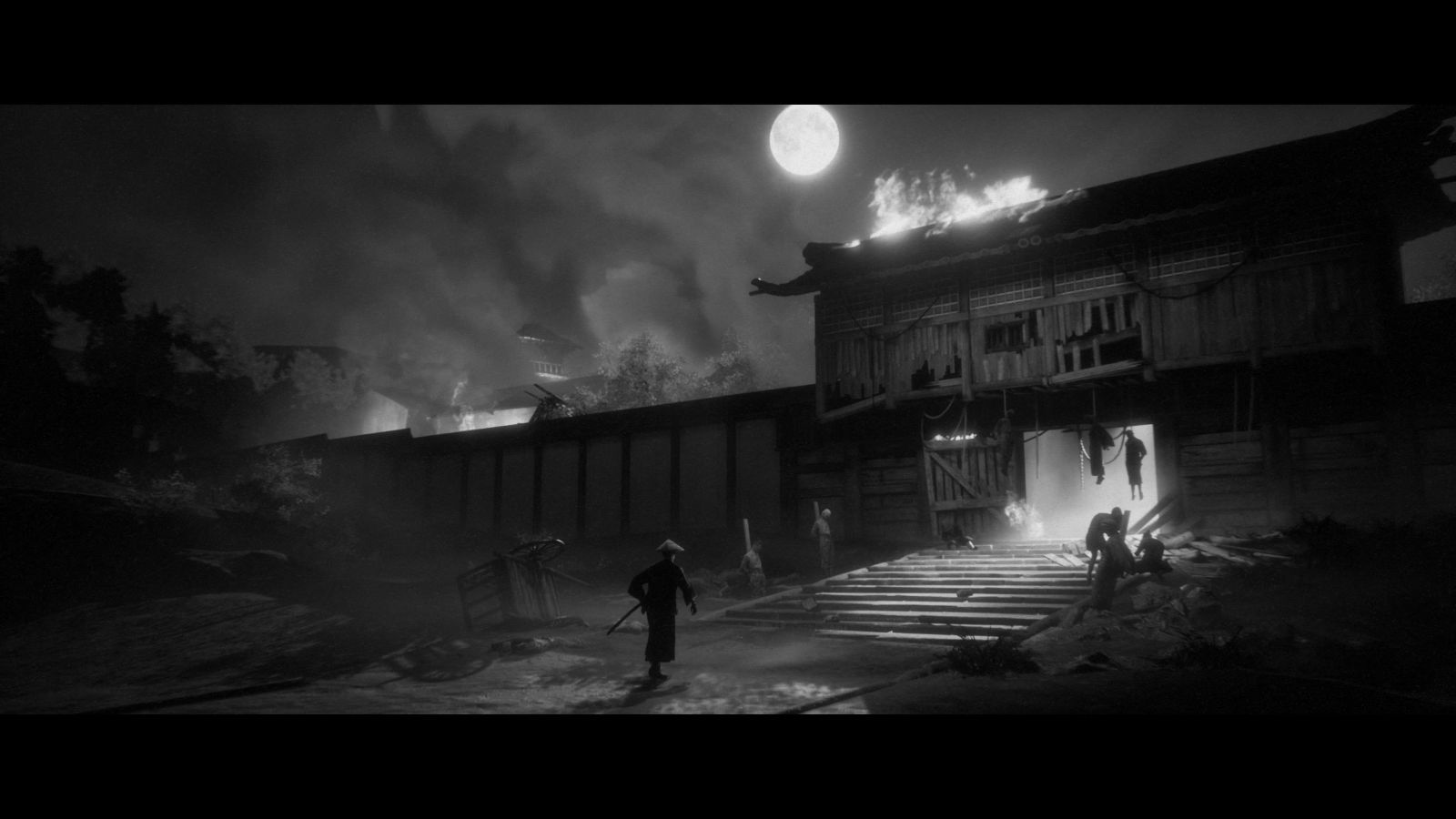 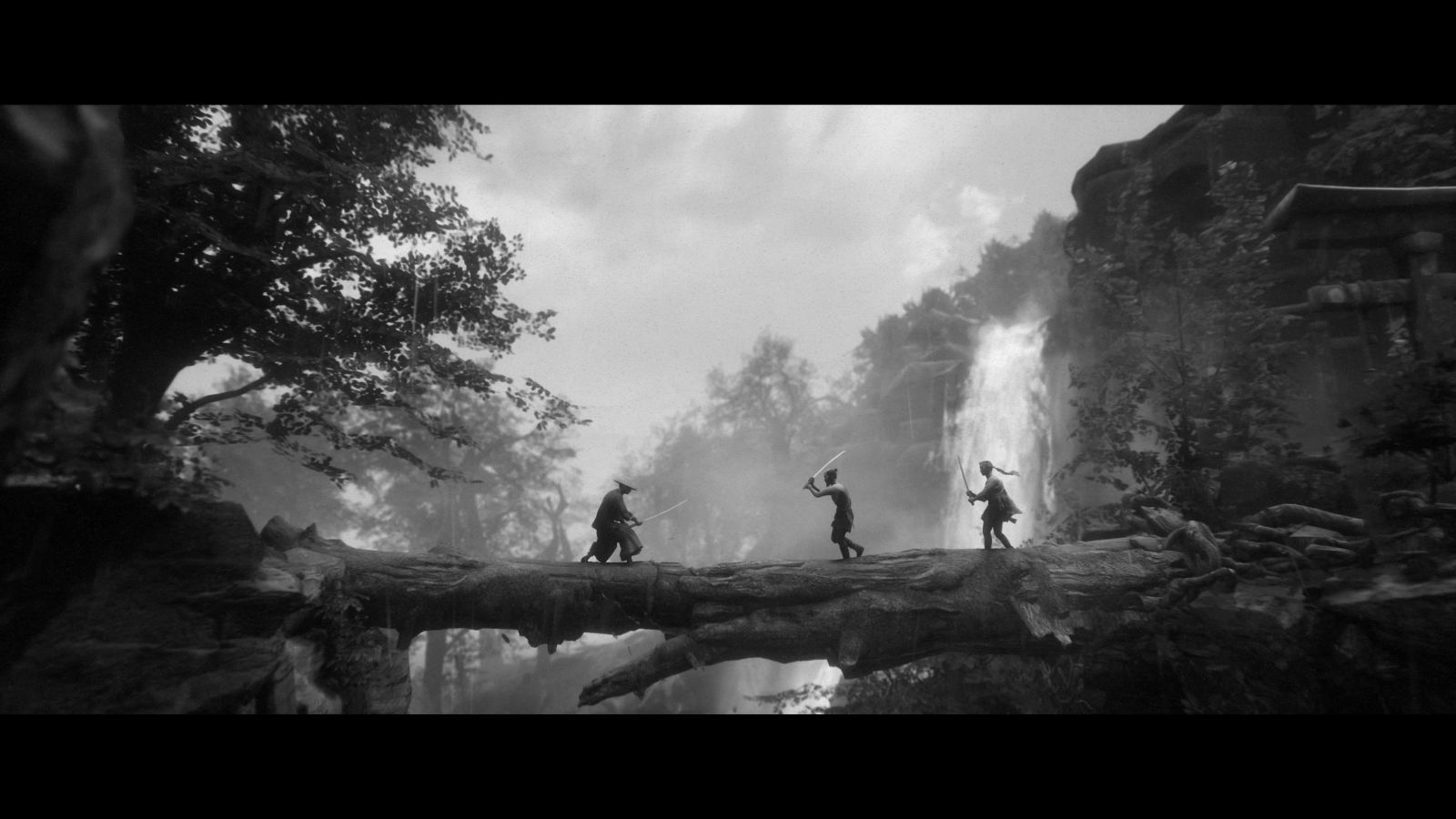 Yomi oozes with beauty and is endlessly creative in its atmospheric approach to storytelling. From the moment you pick up the controller, you’ll be hooked. The deeper than expected tale of Hiroki, an orphan who is taken under the wing of a master sensei named Sanjuro, his wife Aiko, and the bloodthirsty bandit Kagerou, will have players itching for the next bit of story in-between mastering the simple to learn – yet deceptively hard to master – combat mechanics.

Combat is the central focus of Trek to Yomi and consists of sword fights and stamina management. Each attack drains stamina and running out of stamina mid-encounter is almost certainly a death sentence. Enemies tend to attack one at a time, although there are times when they may approach you from both the left and the right, forcing you to jump back and forth between enemies or to use a few of your combat abilities to push the enemies all to one side. In instances where you are overwhelmed, there is the option to use one of your projectile weapons, which have sparse ammo reserves to prevent players from relying on them, but can help even the odds in tight spots. Enemies vary from sword fodder – easily dispatched with a single swing – to armor enclosed warriors able to take a beating. The game does a great job of introducing these enemies and training the player on how to approach them, as running in sword first only leads to death. Parrying, blocking, learning move sets, mastering combos, and learning how each enemy type fights is key to surviving the increasingly difficult chapters. 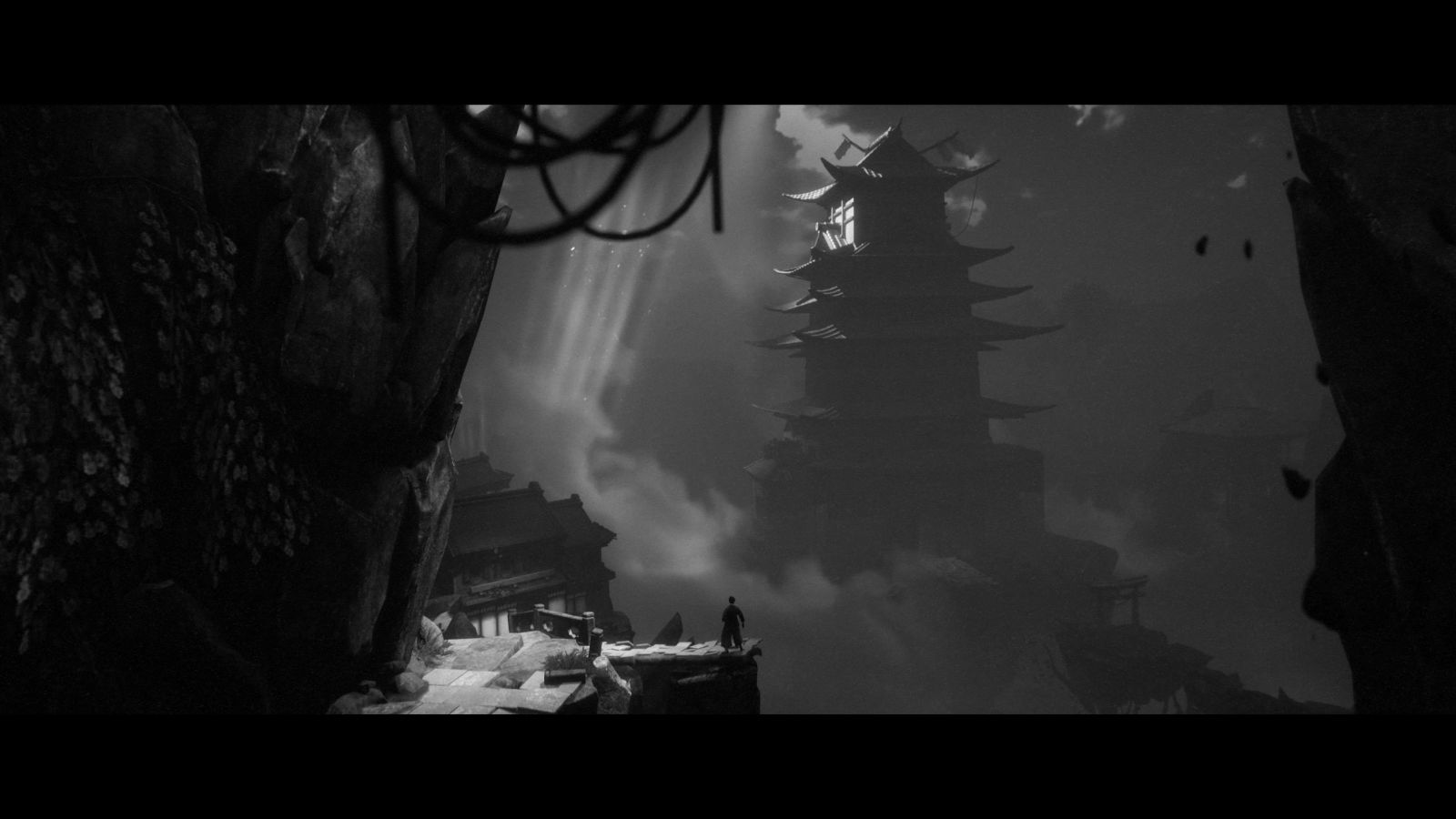 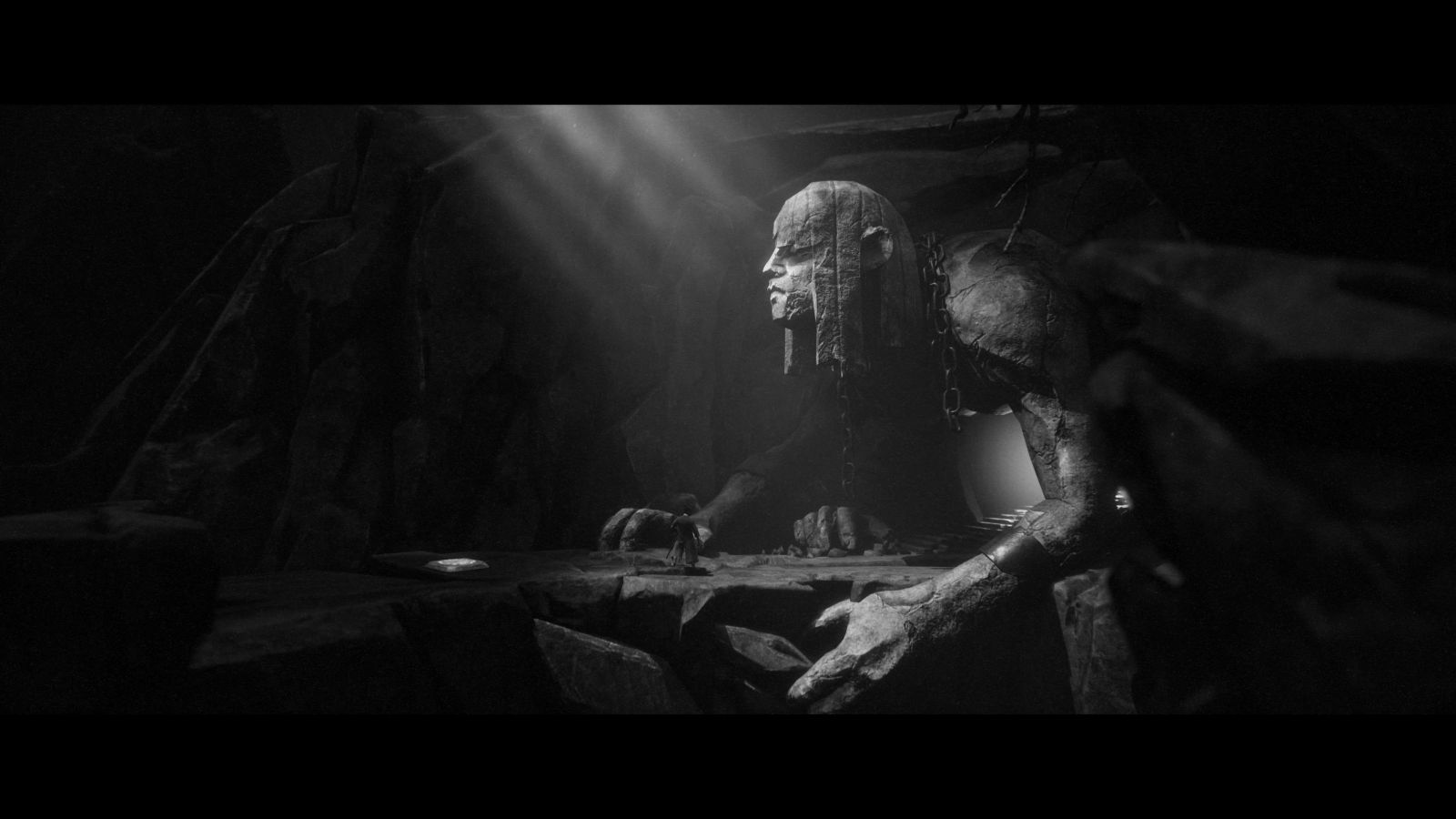 Initially I found the fighting to be a bit lackluster, albeit incredibly cinematic, as the game throws mostly easily beaten enemies at you throughout the first two chapters. I was having fun and was highly entrenched in the world thanks to the wonderful art design, but worried that the game may end up being a bit too easy. Thankfully, my fears quickly subsided as the game progressed and fights became tense bouts of back and forth between enemies on either side of me, all while dodging arrow and gun wielding enemies, monitoring my stamina, and surviving various level obstacles such as crumbling bridges and arrow barrages. The game ramps up in difficulty exponentially as you progress, but there is always the option to change the difficulty level if you become overwhelmed by a particular area. Difficulty levels range from Kabuki – for those who just want to experience the story, to Ronin– which features intense fights and challenges. An additional difficulty, Kensei, unlocks after game completion and leaves no room for errors as it takes only one hit to die. Additionally, new combat abilities are unlocked relatively often, bringing much greater depth to the fights as the story progresses.

Shrines can be found throughout each chapter and serve to both save your progress and restore your health. While a few sections of the game will see you fighting through multiple mobs of enemies before reaching a save point, for the most part a shrine is never far off, allowing players to experiment with the combat without too much frustration. 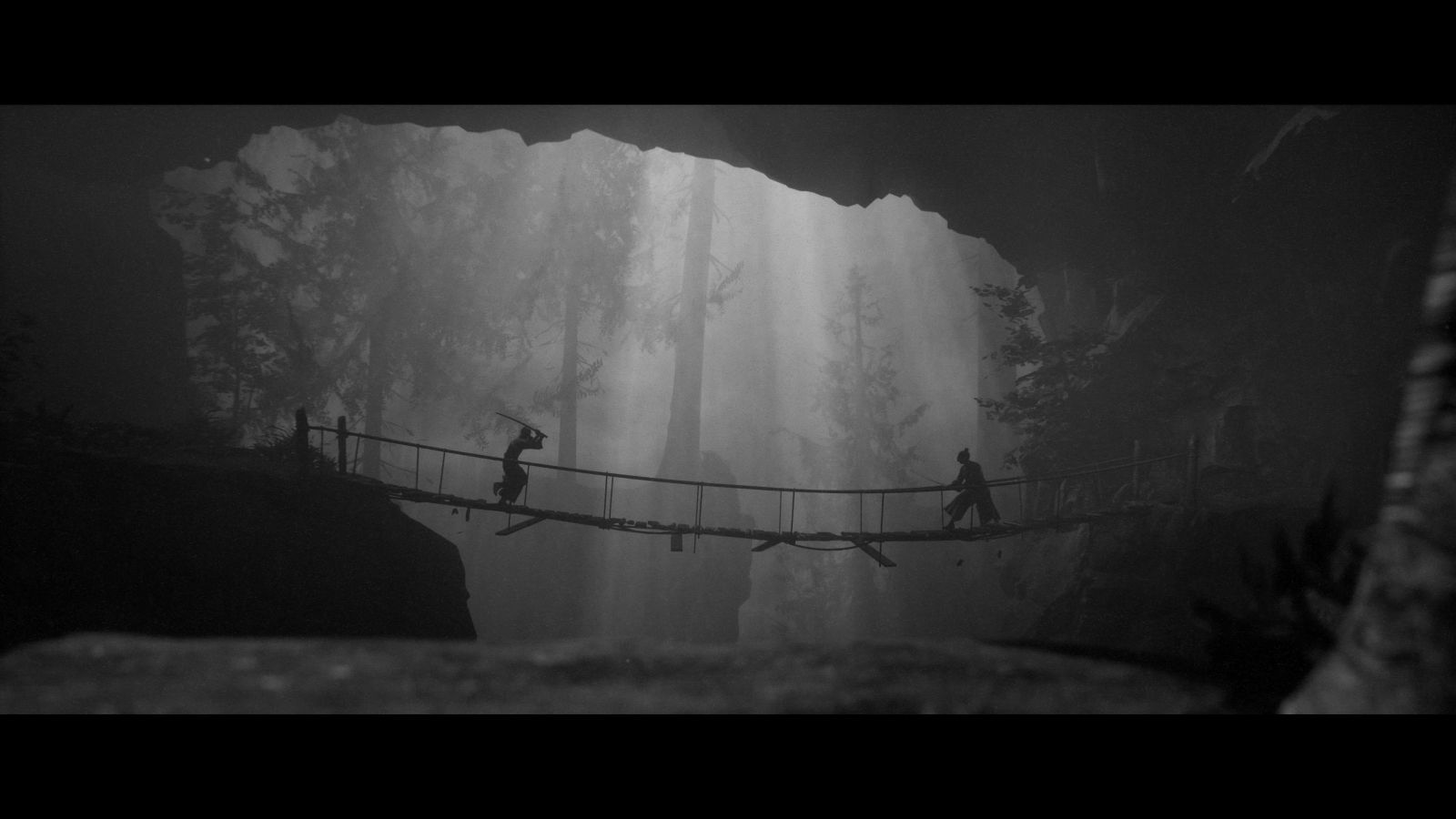 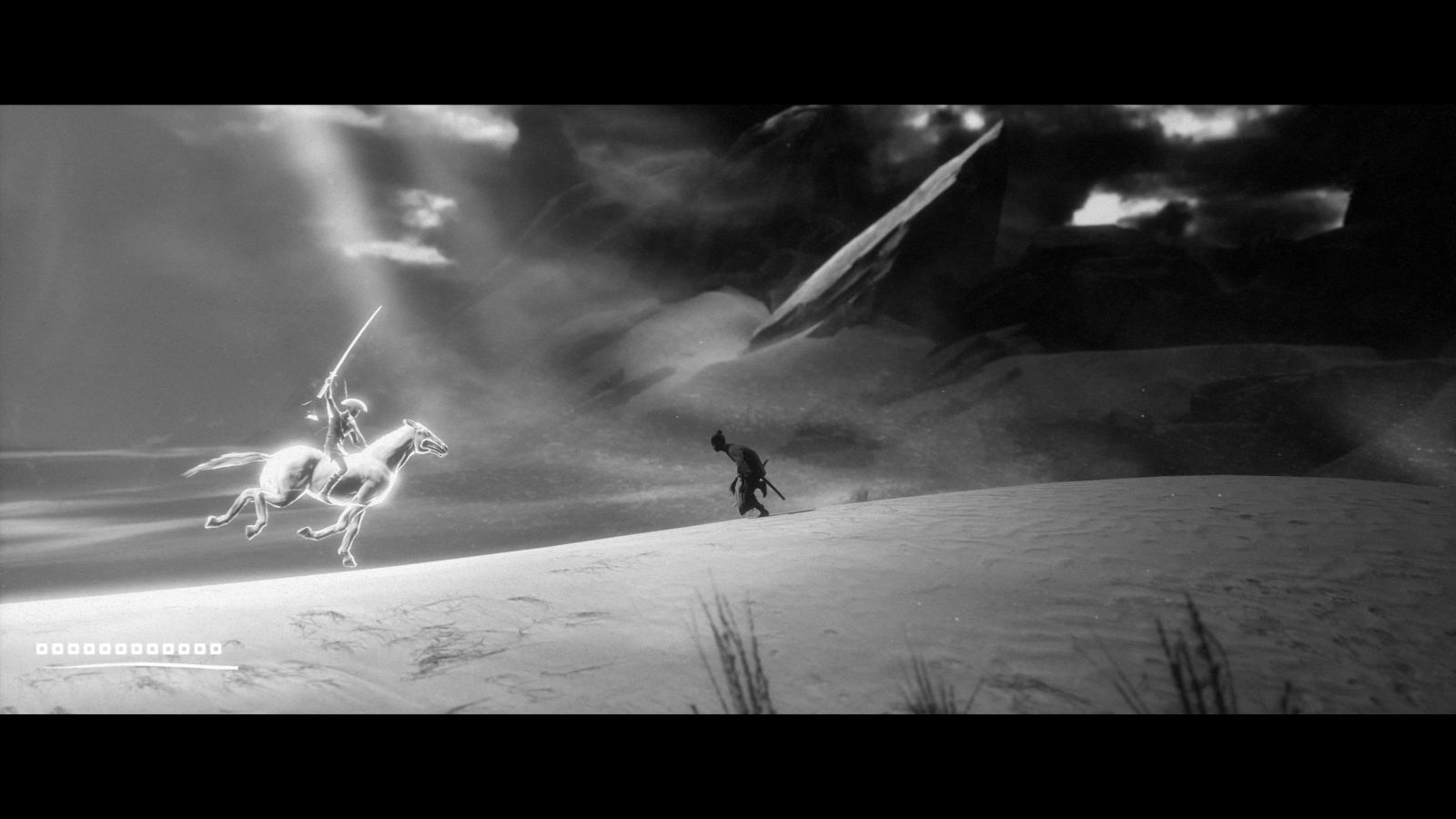 Aside from the main storyline, there are collectibles hidden throughout each level that can raise your stamina and health, or just provide incentive to explore while providing tidbits of history and backstory. There are multiple hidden paths and areas to explore, and seeking these areas out remains fun throughout the campaign’s five to seven hour length.

Yes, the game is rather short, but intentionally so. The developers stated that they wanted to create a concise experience, and have succeeded wonderfully in doing so. The story, chapters, and gameplay all combine to create a gripping experience that never wears out its welcome or becomes monotonous. New gameplay elements are introduced throughout and are normally unexpected, as the story and levels constantly shift to provide experiences players will not expect.  For fear of spoiling the game, I must remain rather obtuse about the story and gameplay experience, as I believe players should dive into Trek to Yomi with no prior knowledge of what to expect and experience this skillfully crafted experience for themselves. 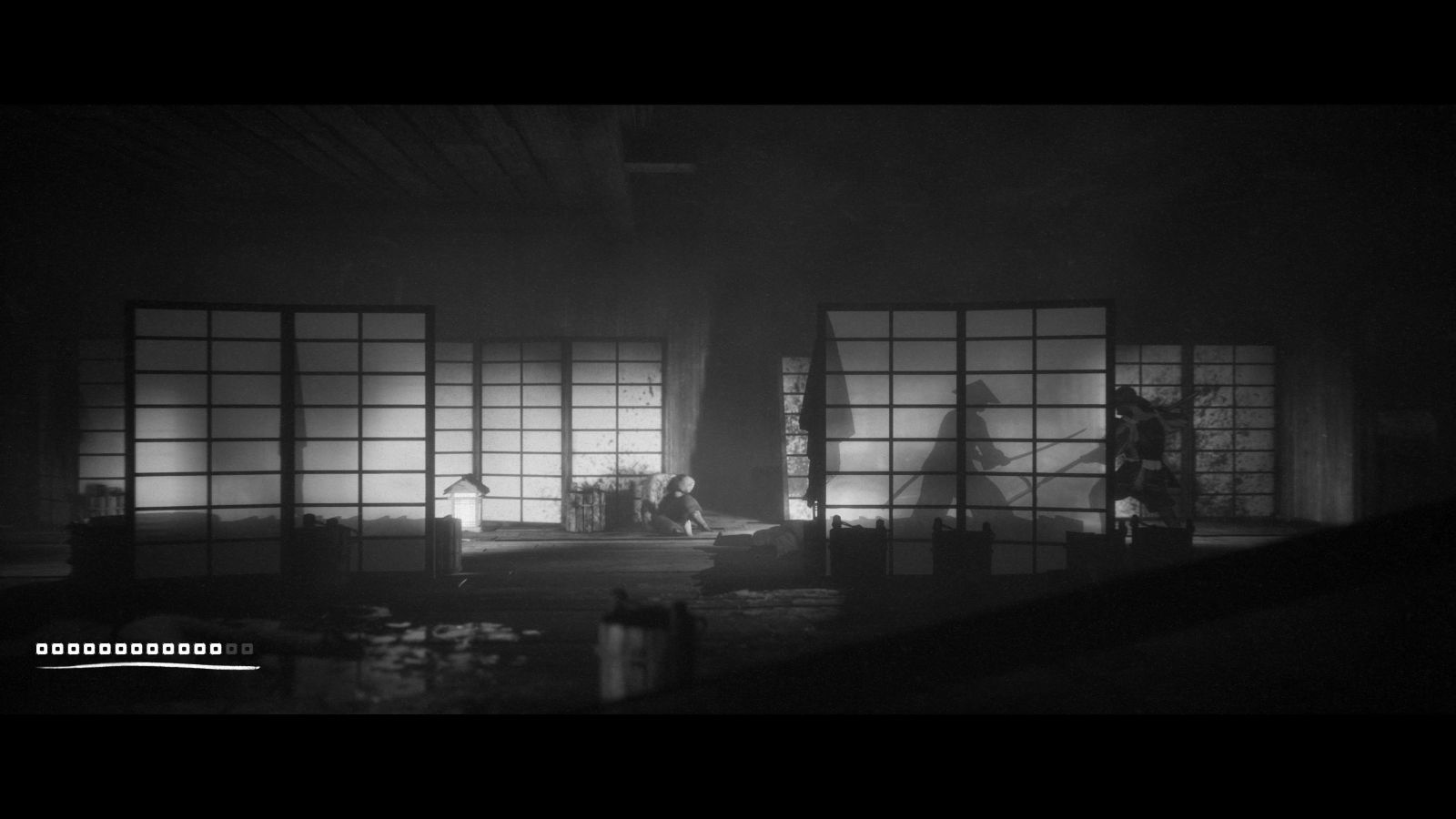 The only real criticism I have is that the boss fights feel (mostly) out of place and are somewhat underwhelming compared to the rest of the game. This, of course, doesn’t count for the central conflict, only for the mid-game chapter bosses which I felt were only there to follow the regular gameplay pattern of ending each level with a boss, rather than to further the story. Still, in the scheme of things, these fights didn’t hamper my enjoyment of Trek to Yomi and were over relatively quickly.

Gaming Trend’s Lead Editor, David Burdette, was able to take Trek to Yomi for a spin on the Steam Deck and below are his impressions:

“As for PC, we took this one for a ride on the Steam Deck to see how it checks out. While Trek To Yomi isn’t exactly Crysis, you still need a good rig to make things look their best, and it runs really well on the Steam Deck. I set everything up on medium and 60fps, and as far as I could tell everything was smooth, no chugging or pop in. Honestly, besides a “Please Stand By” graphic showing up at the loading screens, I wouldn’t know this one isn’t “Deck verified” yet. Pair that with the simple controls that run perfectly via the bells and whistles of the Deck, and the dream is complete. Trek To Yomi is an epic adventure, and it’s a wonderful experience to take on the go.”

Trek to Yomi is a beautifully crafted experience. From your first steps into the game’s world to your last players will be constantly enthralled by the tense combat, tightly written story, and exquisite art direction. It is rare that a game is released that thoroughly wows you with its graphics, atmosphere, and creativity and Trek to Yomi succeeds in all three departments. It is an experience that I highly recommend to all players.

Richard Allen is a freelance writer and contributing editor for various publications. When not writing for Gaming Trend you can find him covering theatre for Broadway World, movies and TV for Fandomize, or working on original stories. An avid retro gamer, he is overly obsessed with Dragon's Lair. Chat with him via @thricetheartist on Twitter and @richardallenwrites on Facebook and Instagram.
Related Articles: Trek to Yomi
Share
Tweet
Share
Submit