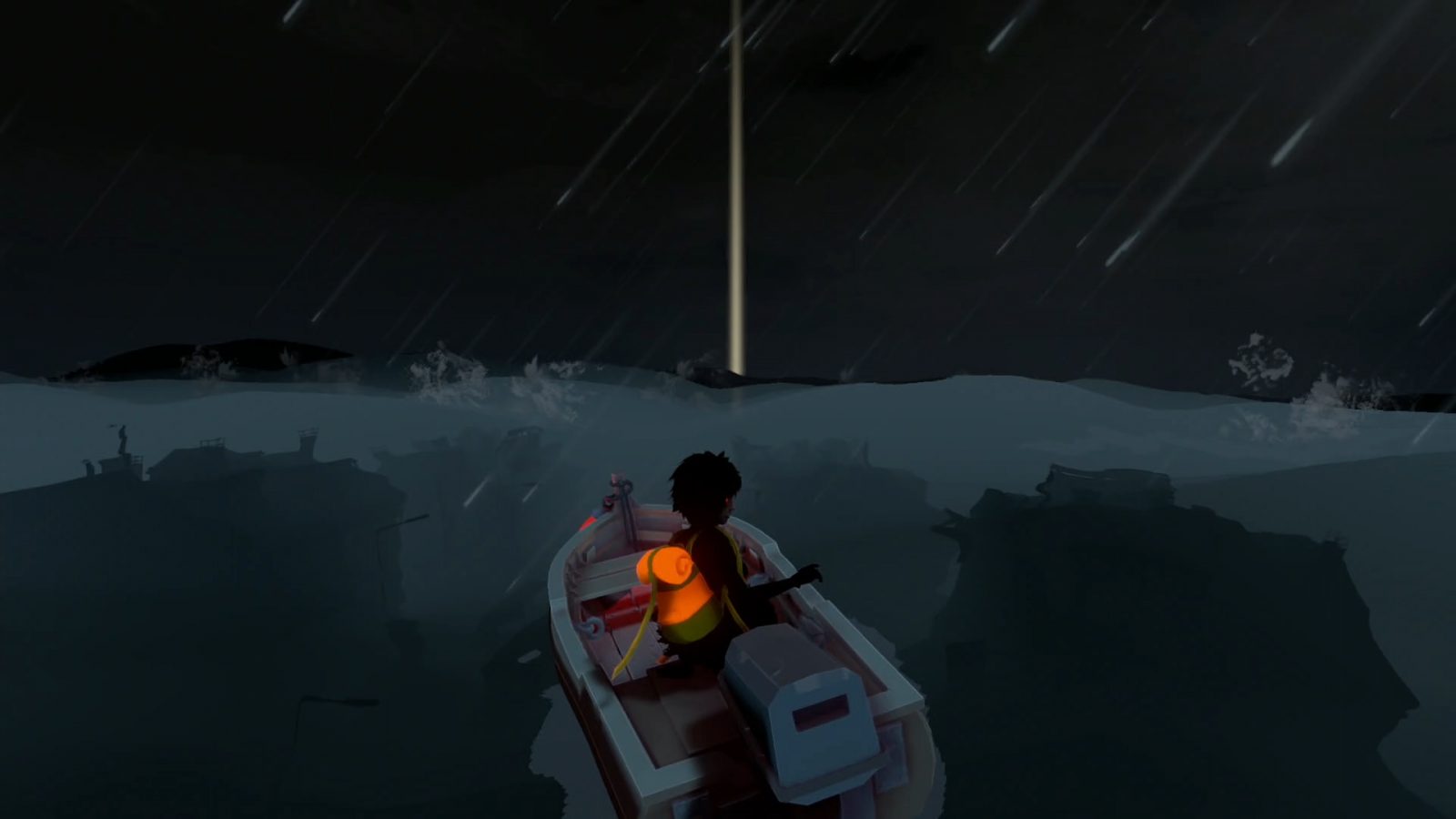 Imagine sailing through choppy seas in a rickety boat; you’re following a distant light, aside from which the skies and sea are dark, and beneath the waves, you could swear there’s an even darker shape stalking you, calling out to you every so often. That’s how you start out in Sea of Solitude, only the sea is actually a flooded city, and that thing beneath the waves — well, it’s you, or part of you anyway.

Sea of Solitude starts with a message that serves as both disclaimer and content warning, saying that the game contains some distressing topics tied to mental health, and that it’s a personal story, not therapeutic advice. To add my own warning, the game contains mentions of suicidal ideation, and depictions of bullying and abuse, all of which I’ll touch on briefly in this review. 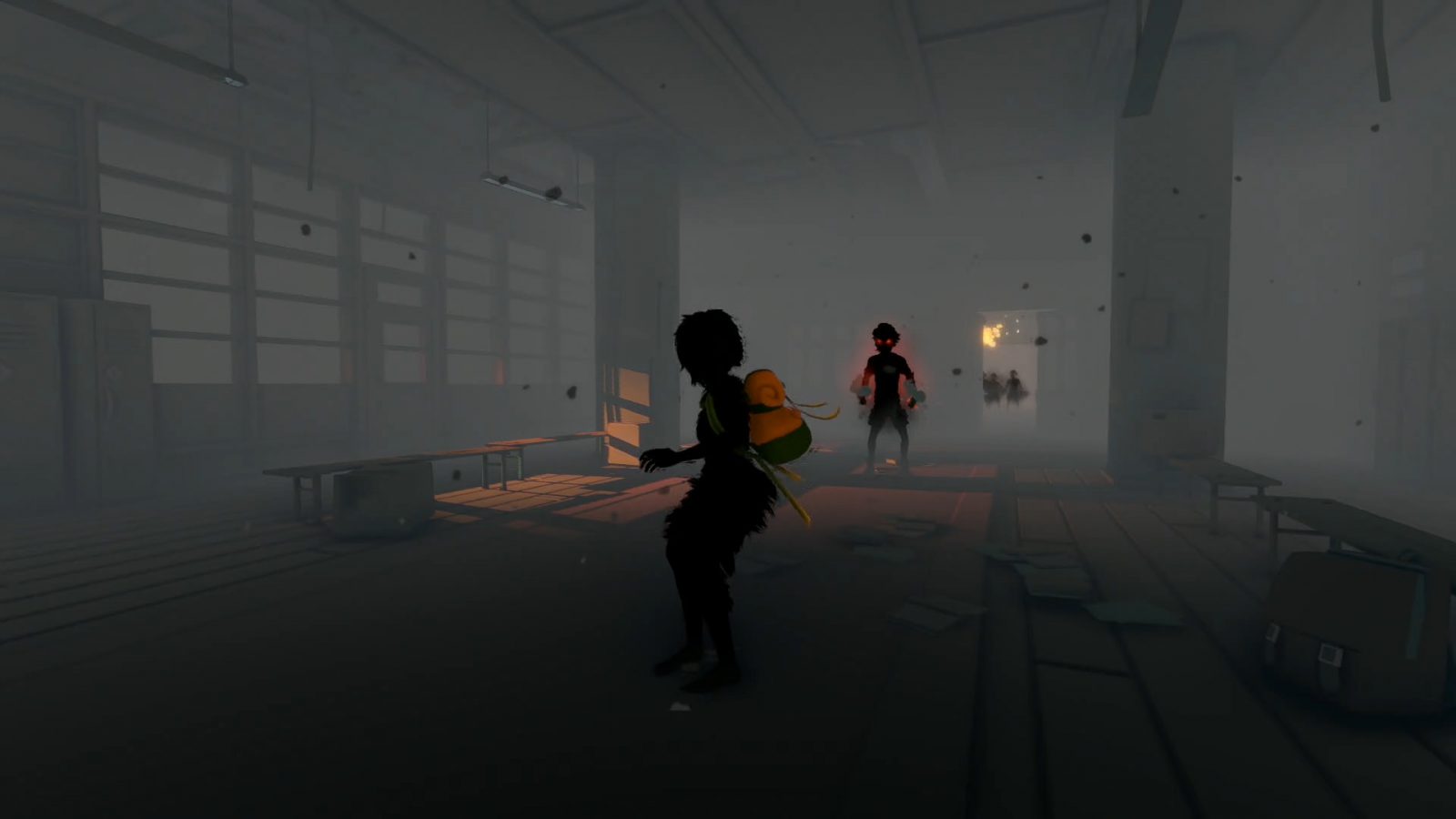 In Sea of Solitude, you play as Kay, a woman who’s been transformed into a monster and is trying to figure out how it happened and how to change back. Kay may not know the answer, but you certainly do if you’ve paid attention to any of the game’s marketing, which states pretty clearly that loneliness turns people into monsters in this world. That pitch is what initially drew me to the game. I was interested in seeing a game about loneliness and isolation, subjects that are not commonly explored in games, but are painfully familiar territory in my own life. Having played Sea of Solitude, I’m not sure I’d say that’s what the game is about at all. While it follows Kay, it’s not about her directly as much as it is about the people she is, or was at one time, close to.

To untangle these stories about relationships that went wrong and Kay’s role in them, you’ll navigate that rickety little boat through the waters that have partially swallowed her old home town, sometimes getting out to clamber over rooftops or explore places important to her in more depth. I enjoyed the pure act of traversal in Sea of Solitude, though there’s not much exploration to be had. The story proceeds in a completely linear way, so while you’re mostly free to explore the environment if you want, there’s no reason to do so aside from gathering a few collectibles (which seem wildly out of place in this game), and I couldn’t shake the feeling that I was going out of bounds when I left the path. 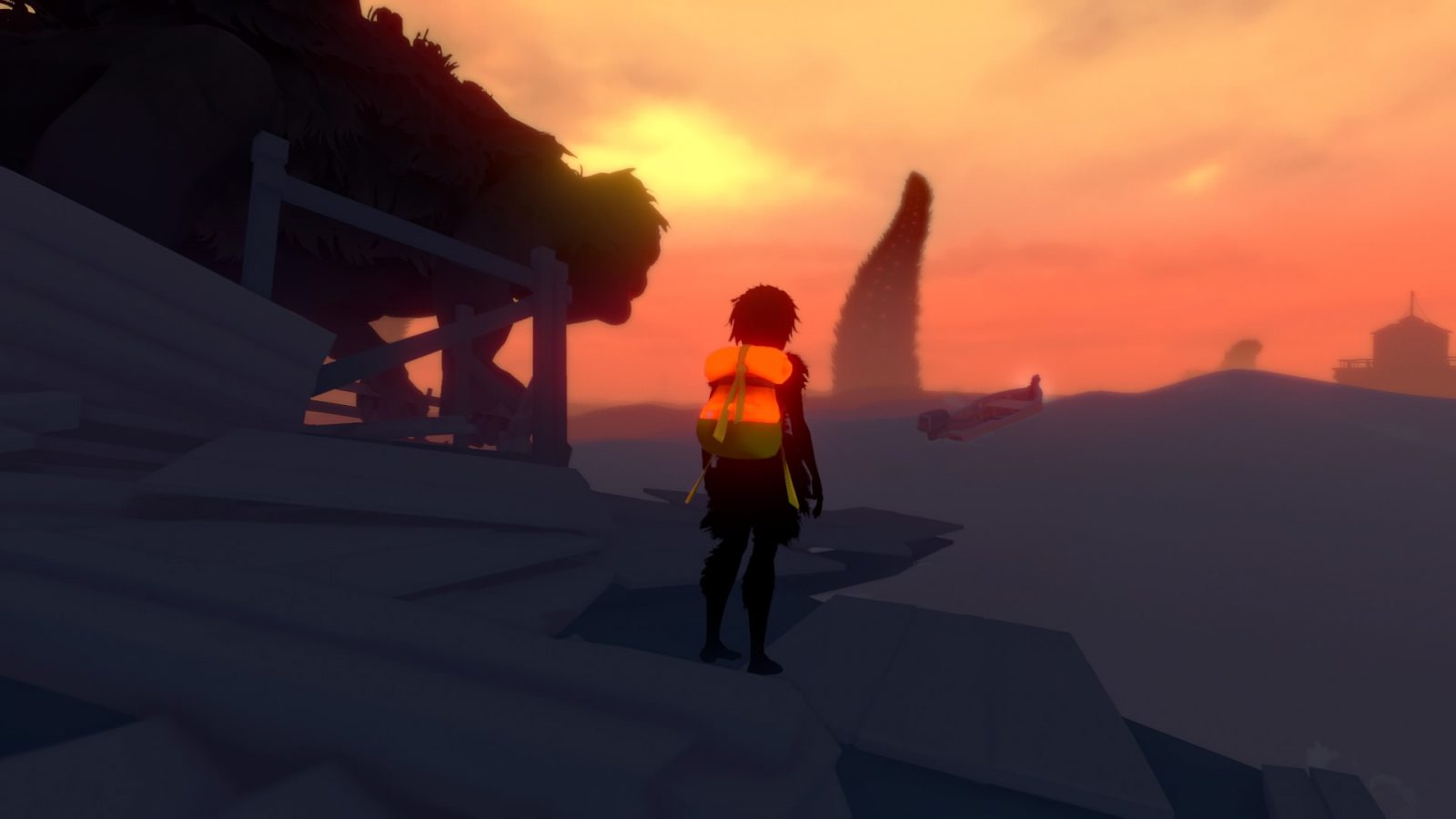 The correct path in Sea of Solitude leads you into encounters with various monsters who fill its world. Unlike Kay, who most looks like a woman with black fur or feathers and red eyes, these monsters are huge, frightening beasts. A sharp-toothed humanoid in a hermit crab’s shell, a massive black bird, and a gigantic undersea creature with a writhing mass of tentacles. Each one represents an important person in Kay’s life or an aspect of herself, and figuring out how to either get past them or help them forms the core of the game. Unfortunately, when the game’s metaphorical underpinnings meet its gameplay, it begins to break down.

Kay encounters representations of her family and her ex-boyfriend throughout the game, and they’re all suffering from a different problem that causes them to withdraw or lash out at their loved ones. You delve into their stories by exploring important locations from their past where decisive moments are re-enacted. You’ll witness moments of joy and terror, hear people’s innermost thoughts and loudest outbursts, and it often adds up to a very affecting experience. The first section in particular, where you live through Kay’s brother being brutally bullied, left me shaken. 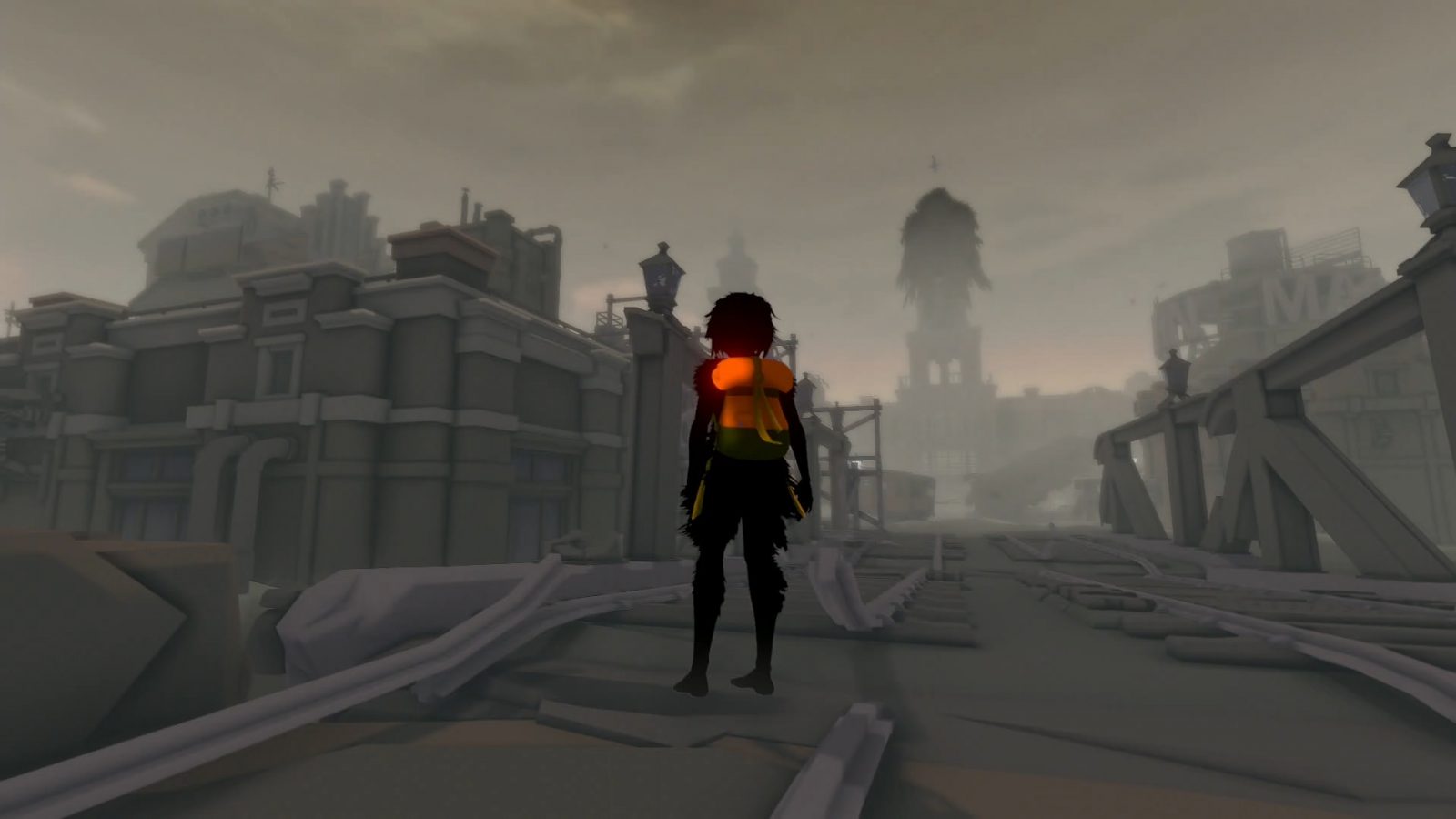 Even in that section, though, Sea of Solitude’s gameplay is in a near-constant battle with its message. After a few interesting sections where you have to avoid manifestations of the bullies that tormented Kay’s brother, ending in an extremely frightening section in a nearly pitch-black room with boys whispering death threats from the darkness, you end up in a gym to witness a truly harrowing moment of trauma. Kay’s brother is suffering horrible abuse, it seems like his life is in danger not only from his bullies but from himself, and you’re forced to run around the room over and over to collect floating orbs to continue the story. The game conceptualizes this frequently repeated loop of collecting orbs then holding down a button to “clear the corruption” from the scene as Kay taking on the problems of other people that she then literally carries around in a backpack. It’s repeated again and again at pivotal moments of each story, and every time it shatters the pace of the scene and confuses the metaphor.

One area where Sea of Solitude never let me down was in its presentation. Both its score and its art style are truly breathtaking. The first time I cleared the darkness from an area and saw the world bathed entirely in light for the first time, I sat for a couple of minutes just slowly panning the camera around, taking in the landscape while listening to the calming music that began to play. Reveals of new monsters often happen in environments that lead you into a perfectly composed shot without the game taking control of the camera from you. Its color palette — particularly the way it leans on black, white, and gray, with shocking splashes of orange and blue held back for important moments — perfectly sets the emotional tone. As a purely audio-visual experience, Sea of Solitude is nearly flawless. 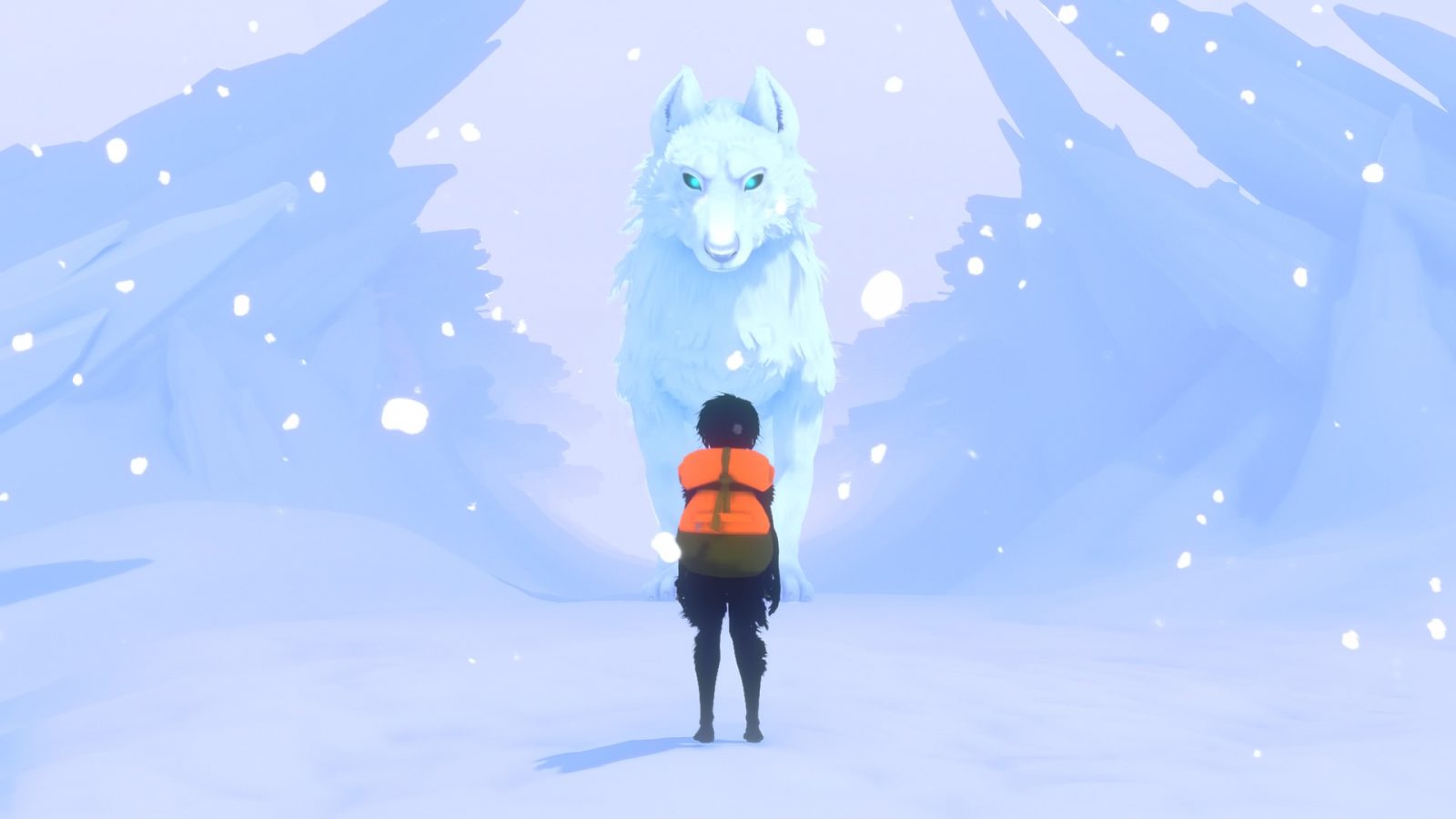 Where it really falls apart is where it leans on traditional notions of gameplay, like the orb-collecting sections. For long stretches of the game, it’s not fun, nor does it seem all that interested in being fun, and that serves it well. Fun should not be the only metric of value in a game, especially one like this. It feels most true to itself when it’s really invested in telling its story, which is sometimes personal to the point of excluding the player, but it loses some of that atmosphere whenever it gestures at familiar mechanics.

I was glad to see that Sea of Solitude doesn’t feature any real combat — you fortunately never pick up a sword and use it to kill your parents’ marital problems — but in each section of the story, there are enemies that can hurt you, freezing you in place with their awkward attack animations and setting back your progress. There’s no real consequence to their attacks. Depending on which part of the game you’re in, they’ll either steal an object you needed to progress and move it a short distance away, or you’ll just blackout and have to try to get past them again. It’s frustrating from a gameplay perspective, and doesn’t make any sense in terms of what the stories are trying to say. This happened maybe three times during my playthrough, so it’s not a big issue; it’s just another crack in the game’s narrative conceit and another sign that conservative notions of what gameplay should be hurt a game like this more than they help it. 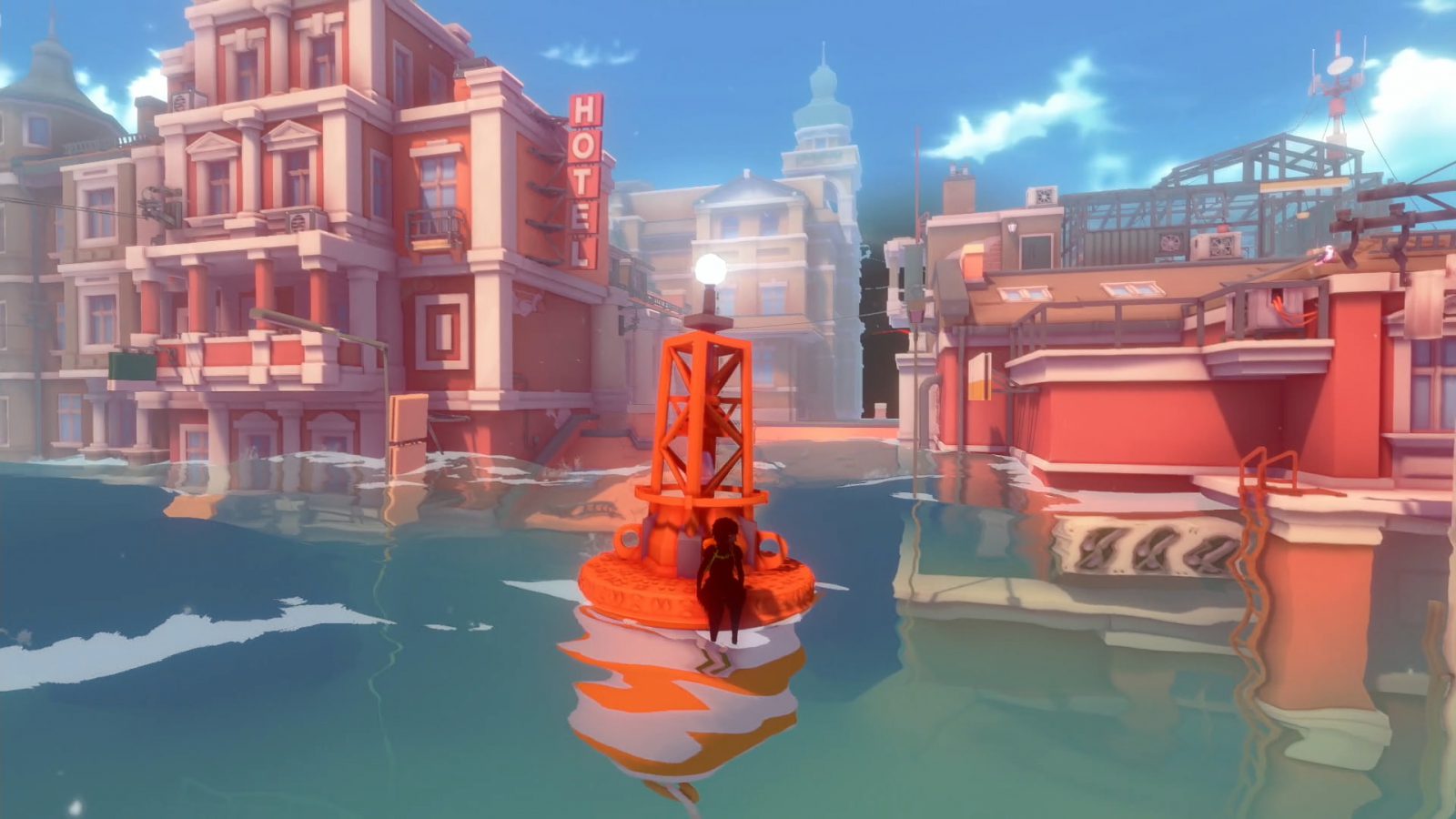 Even setting aside the tension between Sea of Solitude’s gameplay and theme, its message is unfocused. As Kay moves through her loved ones’ stories, she’s seeing a mix of memories and things she never could have seen when they actually happened. It’s not clear what being a monster means or what Kay is even experiencing. So much of the game is completely literal and heavy-handed, these gaps in explanation really stand out and get in the way of the game really making a statement. Kay herself ends up feeling pretty undefined as well. Though she’s involved in each monster’s story, we don’t learn much about her throughout the game. Instead, we learn about her loved ones’ problems and see her reactions to them.

Here, too, the message is mixed. In one story, she realizes that she should have been more attentive to someone’s suffering, while in another she learns that she should have backed out sooner. It ends up being a game about Kay coming to understand characters who she knows intimately, but who the player hardly knows at all. You can feel just how important and personal this game was to its creators, but that also makes it hard to take much away from it as a player. 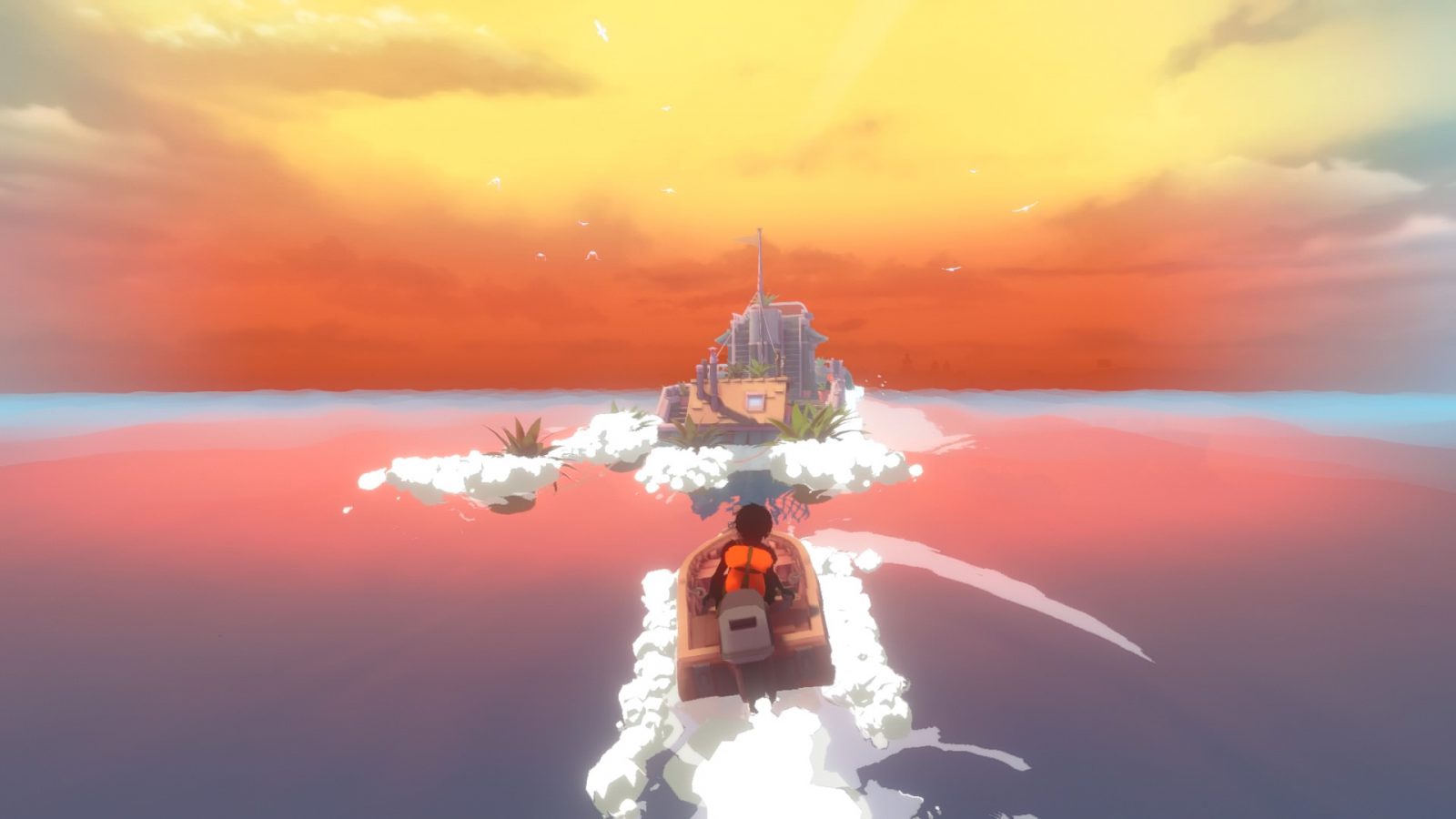 Sea of Solitude is a boldly personal game that has a lot going for it, notably its fantastic art style and score. Kay’s story toward understanding her fraught relationships can be genuinely moving at times, but more often it comes across as scattered and heavy-handed. Add to that its clumsy, far-too-traditional gameplay, and Sea of Solitude feels like an interesting idea poorly executed.

A committed indoor kid, Bryan moved from Pittsburgh to Los Angeles for a prettier landscape to ignore. They can be lured outside with promises of taco trucks and film festivals, and enjoy trawling through used book stores for works on the occult. Bryan has been gaming since the SNES era and is a sucker for good pixel art.
Related Articles: Sea of Solitude
Share
Tweet
Share
Submit