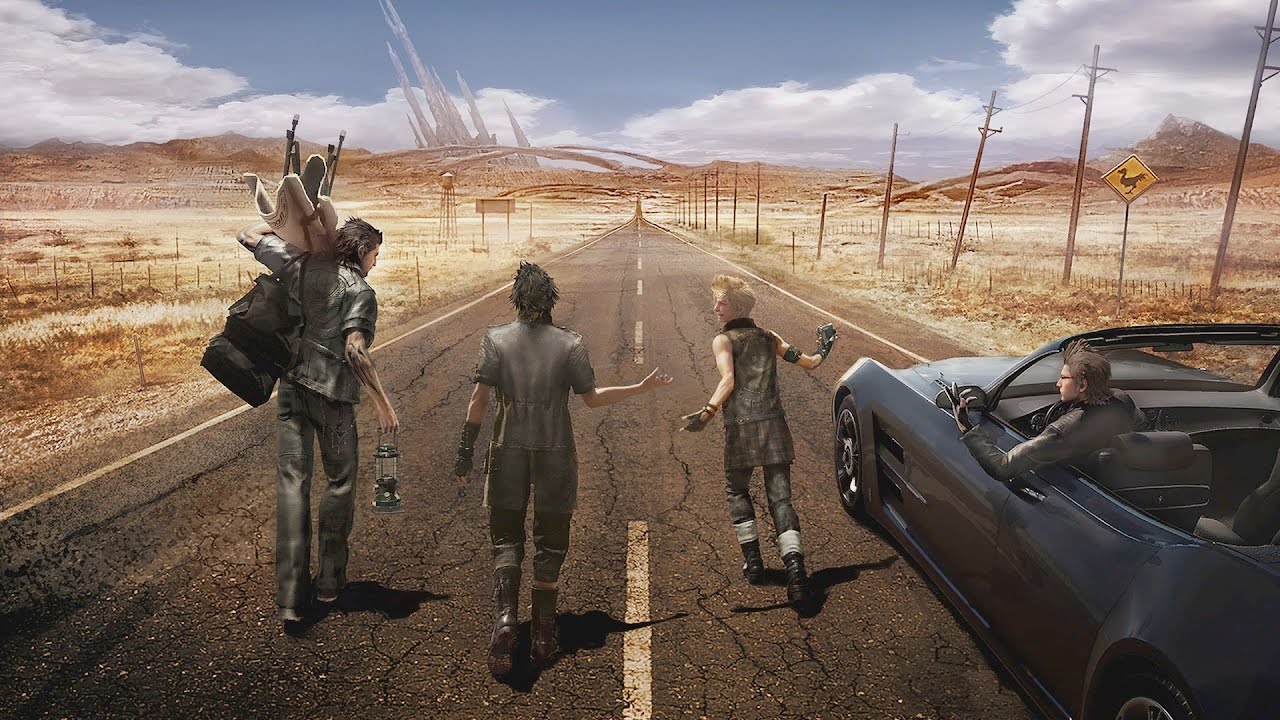 For better and worse, Final Fantasy XV’s design feels reactionary to recent criticism the series has faced. In an attempt to shake off accusations of linearity, Final Fantasy XV opens up a brand new world with a size that rivals some western role-playing games, but in doing so it opens itself up to a plethora of new issues, ones that will likely make the game just as divisive as the predecessors it tries to distance itself from.

This open world Final Fantasy XV players are free to roam about is called Eos, and while it’s beautiful and moderately expansive, its inclusion and implementation is what makes for some of the game’s best moments and most debilitating problems.

The avatar through which you’ll travel through this world is Noctis Lucis Caelum, the king-to-be of Eos. In the opening moments of Final Fantasy XV, Noctis and his three best friends are sent away from his kingdom so he can meet up with his betrothed Lady Lunafreya, who awaits him across the continent. These plans are abruptly interrupted when Noctis’ father is betrayed by representatives of opposing empire Niflheim, putting Noctis and his merry band of misfits on the run and in search of a means to reclaim his throne and save his kingdom

Final Fantasy XV’s troubles begin when it opts to relegate almost all of its table-setting exposition to external media, specifically the film Kingsglaive: Final Fantasy XV and the Brotherhood anime, which follow the fall of the kingdom and Noctis and his friends respectively. Kingsglaive is referenced more often in Final Fantasy XV proper than Brotherhood, but even some of the defining story sequences are presented with brief flashes of the film rather than ever properly explained outright. Brotherhood also contains some of the only character development Noctis and company get in the entirety of the Final Fantasy XV’s collective story, but the lack of such endearing, humanizing moments early on in Final Fantasy XV made me feel incredibly detached from these characters right off the bat. I’ve never been one to criticize fiction for being unapologetic when it comes to requiring knowledge of multiple works for comprehension, but Final Fantasy XV doesn’t just assume knowledge, it assumes investment and doesn’t take the time to help new players understand or care until far later in the game.

These narrative flaws seem to be in the interest of getting the player out into its open world as quickly as possible, and as a result Final Fantasy XV’s narrative is an unfocused, incoherent mess for roughly the first half of the game. It begins to improve later in the game, as midway through the story takes hold of the game and cuts the player off from the open world, but despite interesting concepts and emotionally affecting moments, Final Fantasy XV never manages to clean up the mess it’s made in a satisfactory manner, which becomes especially apparent as it attempts to wrap it all up in its final hours.

This means that it’s up to Final Fantasy XV’s combat and world to keep it afloat for the hours you spend free to roam the world of Eos. What Final Fantasy XV’s battle system offers is hack-and-slash lite, and what it lacks in strategy and depth it makes up for in its spectacle and style. Several sequences, including ones involving the game’s summons, are an incredible sight to see, and stand out above the more mundane sections of the story. You can customize your play style as Noctis, who can use almost any weapon you come across, while the rest of the party has a set few they can use. It never really gets challenging on the main path, but side quests and dungeons offer something beyond the visual showcase with more challenging foes for those looking to get a little more out of what the system offers, because while fights with late-game bosses can be more challenging, Final Fantasy XV is a fairly easy game to bulldoze your way through as long as you’re adequately leveled. I very rarely found myself in a situation where I needed to go back and grind in order to overcome a dungeon or enemy as part of the main story.

When you’re not on the main path, there’s a lot of side content and post-game content to do, but I personally found navigating the game’s open world to do these things a hassle because of strange design choices that felt at odds with the world itself. The biggest detractor from exploring Final Fantasy XV’s world is invisible walls that made seemingly simple paths to objectives not options. As such, I found myself having to run around searching for the route the game wanted me to take instead of doing what almost any other open world game would let me do and just jump or run to them.

This again comes around to the general confused and messy nature of Final Fantasy XV’s’ design. Final Fantasy XV forgoes a structured set up in favor of something decidedly…western. The first half of what is widely regarded as a defining RPG of Japanese design feels like its influences are western open-world games, but it doesn’t execute these concepts with the same efficiency as the more focused, linear segments of its second half.

Final Fantasy XV’s sporadic design would be easier to tolerate had it been able to pull off all these concepts with the same mastery the games that influenced it do, but instead Final Fantasy XV excels at almost none of them, making my time in Eos one of the least memorable in my years as a Final Fantasy fan.

Final Fantasy XV’s seems to be confused as to what it wants to be, and it makes one game feel like several, none of which execute upon their ideas well enough to stand above its modern contemporaries.