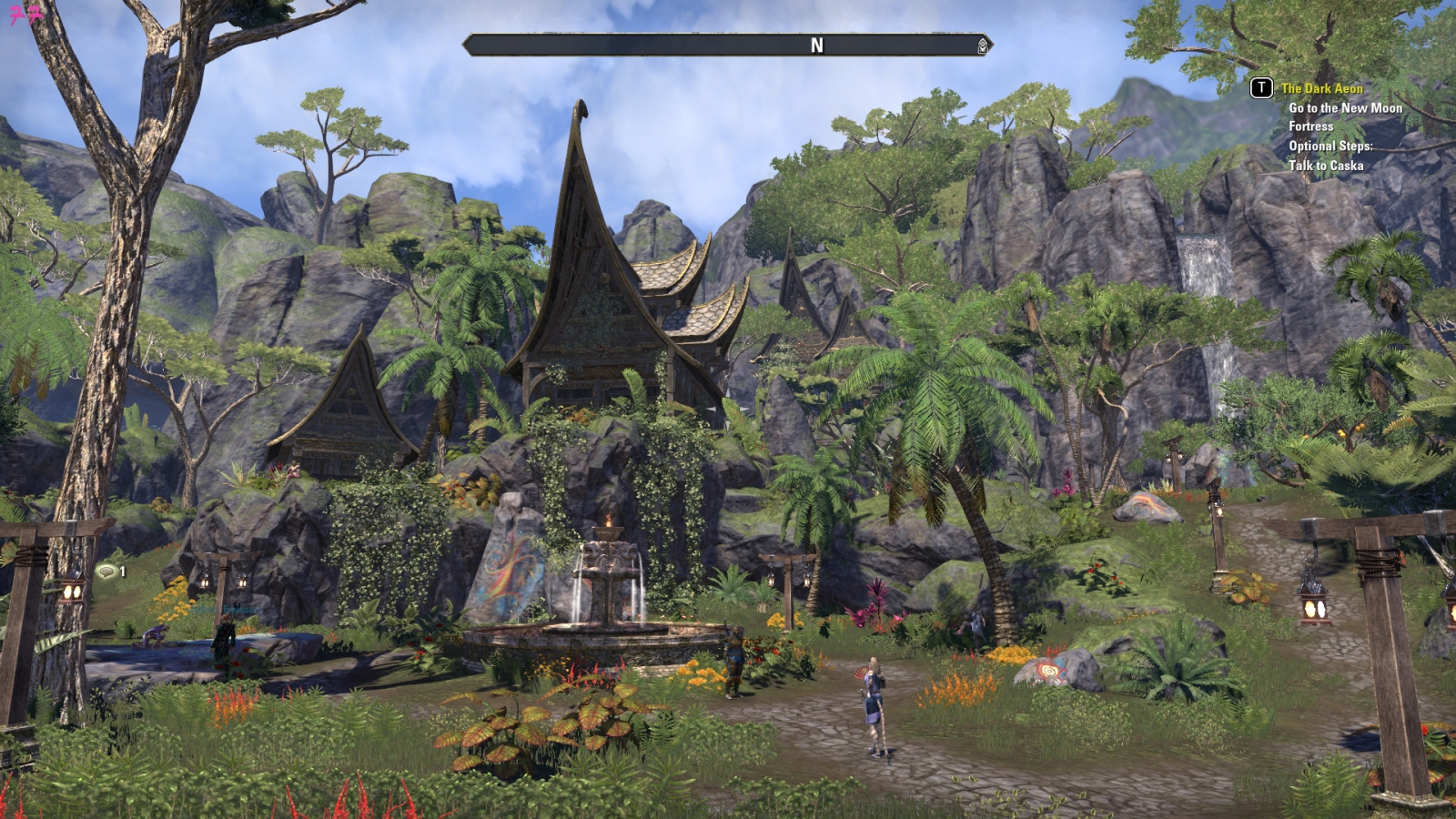 I just finished up the final quest in the latest DLC for Elder Scrolls Online, Dragonhold, and I am still trying to catch my breath! What an absolute adventure. This concludes the Season of the Dragon saga for the popular MMORPG, and I have enjoyed every second of it. Starting from the moment my brand new Necromancer stepped foot into Elsweyr, up until the last heroic battle, this expansion really blew me away. This review is chock full of videos and walkthroughs, I hope you enjoy!

I had the privilege of reviewing Elsweyr when it came out earlier this year, and the two DLC’s pick up right where you leave off at the end of the expansion. In Scalebreaker, we get two new dungeons, Moongrave Fane, and Lair of Maarselok. Scroll to the bottom to watch the full run of both dungeons. There are achievements to complete, new monster sets, and some cool trophies. I only did each dungeon once on easy mode to complete this review, but I am looking forward to going there again on my main character to try the challenge modes. Although ESO pick-up-groups can be infuriating, the dungeons themselves were well done, challenging, and fun. Scalebreaker also brought new mementos, furnishings, and completing the two dungeons unlocks the next room for the Hall of the Lunar Champion home.

Dragonhold brought in a whole new, breathtaking zone with Southern Elsweyr. Senchal is the capital city here, and you’ll meet up with none other than Sai Sahan himself to start your adventure off. The Topal Corsair cosmetic set will be earned as you quest through the zone, starting with the hat, which is given to you upon entering Senchal for the first time. Questing through Southern Elsweyr was wonderful; not only were the quests fun and engaging, but Bethesda really outdid themselves with the landscape. Beautiful waterfalls, beaches, fields of flowers, painted rocks and walls are just a few of the things that make this zone a joy to be in. The Black Heights quest hub is one of the most notable areas, as seen in the pictures below. 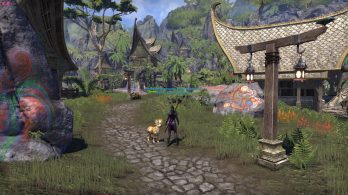 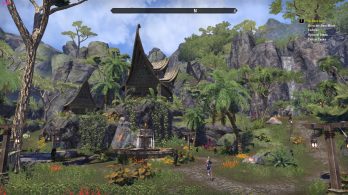 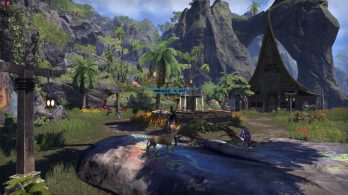 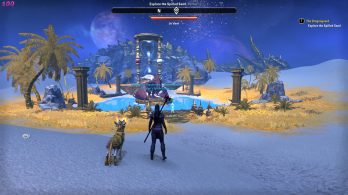 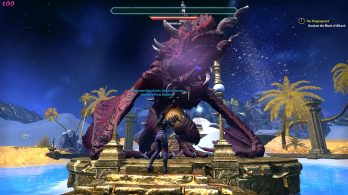 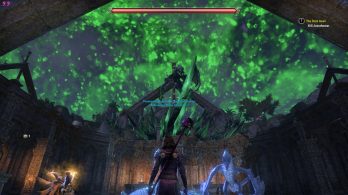 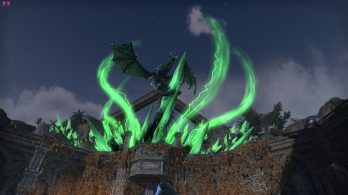 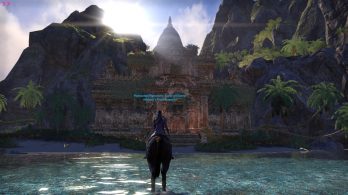 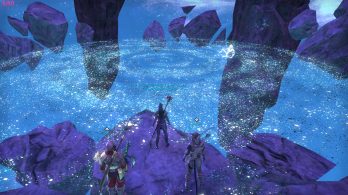 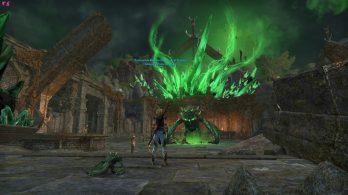 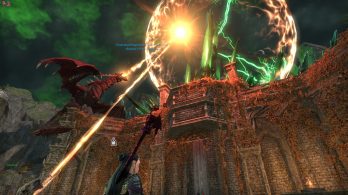 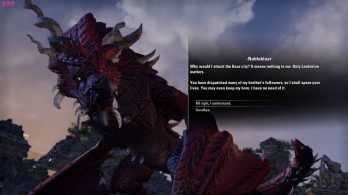 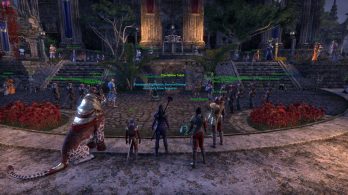 The end of the story!

Not only are there new quests in Southern Elsweyr, but two new public delves – Moonlit Cove, and Forsaken Citadel. Two group bosses, a new crafting station which you can craft the New Moon Acolyte set at, and two large player houses – Lucky Cat Landing, and Potentate’s Retreat. New item sets can be looted, some new titles, furnishings, and non-combat pets are all to be had. You can also earn the Pirate title by finding, and then killing hidden pirates on the island.

As if all that isn’t enough ESO announced their #SlayDragonsSaveCats charity event, where they will donate $1 for every 5 dragons that players slay in game to the real-world pet groups Best-Friends Animal Society, and FOUR PAWS. As of the time of posting this article, players have managed to earn over $100,000 dollars, and the event runs until December 9th.

There is plenty to do in the DLC; it kept me busy for three days straight, and I still have some more things to do, like hunt down the rest of the tapestry pieces for The Pieces of History achievement. Once you bring all the pieces back, you will earn a replica of the tapestry for your home.

The main story itself is what really captivated me though. It’s rare that I sit and talk out loud to myself as the story unfolds, but there were plenty of “wow!” moments. Without too many spoilers, you put the Dragonguard back together, kill some seriously NASTY (and challenging!) dragons, and earn some really awesome rewards, such as the Regal Dragon Imp non-combat pet, the final room for the Hall of the Lunar Champion, and a miniature aeonstone furnishing item. We team up with new friends Aeliah, Za’ji, and Caska who accompany us along the way, and work together with the impressive dragon, Nahfahlaar. Even good ole Abnur Tharn joins in, leaving us with an interesting twist at the end. I’ve included some videos of most of the main story quests, but beware there are spoilers in them!

I have always enjoyed and supported Elder Scrolls Online, even in it’s early days when everyone was disgusted with it, but I sincerely loved every minute of Elsweyr the expansion, and the two DLC’s – Scalebreaker and Dragonhold. In my humble opinion, this was easily the most enjoyable game I played in 2019. I am sad to say goodbye to this chapter of ESO, but can’t wait to see what the future holds for the next expansion. Dragons will be hard to top, but I am sure our new adventures will take us somewhere amazing!

I have played ESO since beta, and have loved pretty much every expansion and DLC that's been released, but I have to say Elsweyr, along with the Scalebreaker and Dragonhold DLC’s are simply fantastic. The story was well done, the furnishings are some of the best they have come up with, the landscapes are breathtaking, and I mean come on...there are dragons. That you get to fight. If that doesn’t make you feel like a true hero, I don’t know what will.

Holly Hudspeth is a best-selling author living in Fort Worth, Texas. She has six published novels to date; The Skyy Huntington Series, which is an epic dark fantasy adventure, and One Small Detail, a stand-alone medieval fantasy. Holly also enjoys writing fan fiction based on her avatars from games such as EverQuest, Elder Scrolls Online, and World of Warcraft. Her first major purchase at the established age of nine was the NES, and she has been gaming ever since. She enjoys fantasy games, city builders, RPGs, MMOs, SMITE, and The Sims franchise. Most nights she is in SMITE with her husband and friends, or playing ESO. When she isn't gaming, she is probably either at Disney or planning her next trip there.
Related Articles: Elder Scrolls Online: Dragonhold, MMO
Share
Tweet
Share
Submit