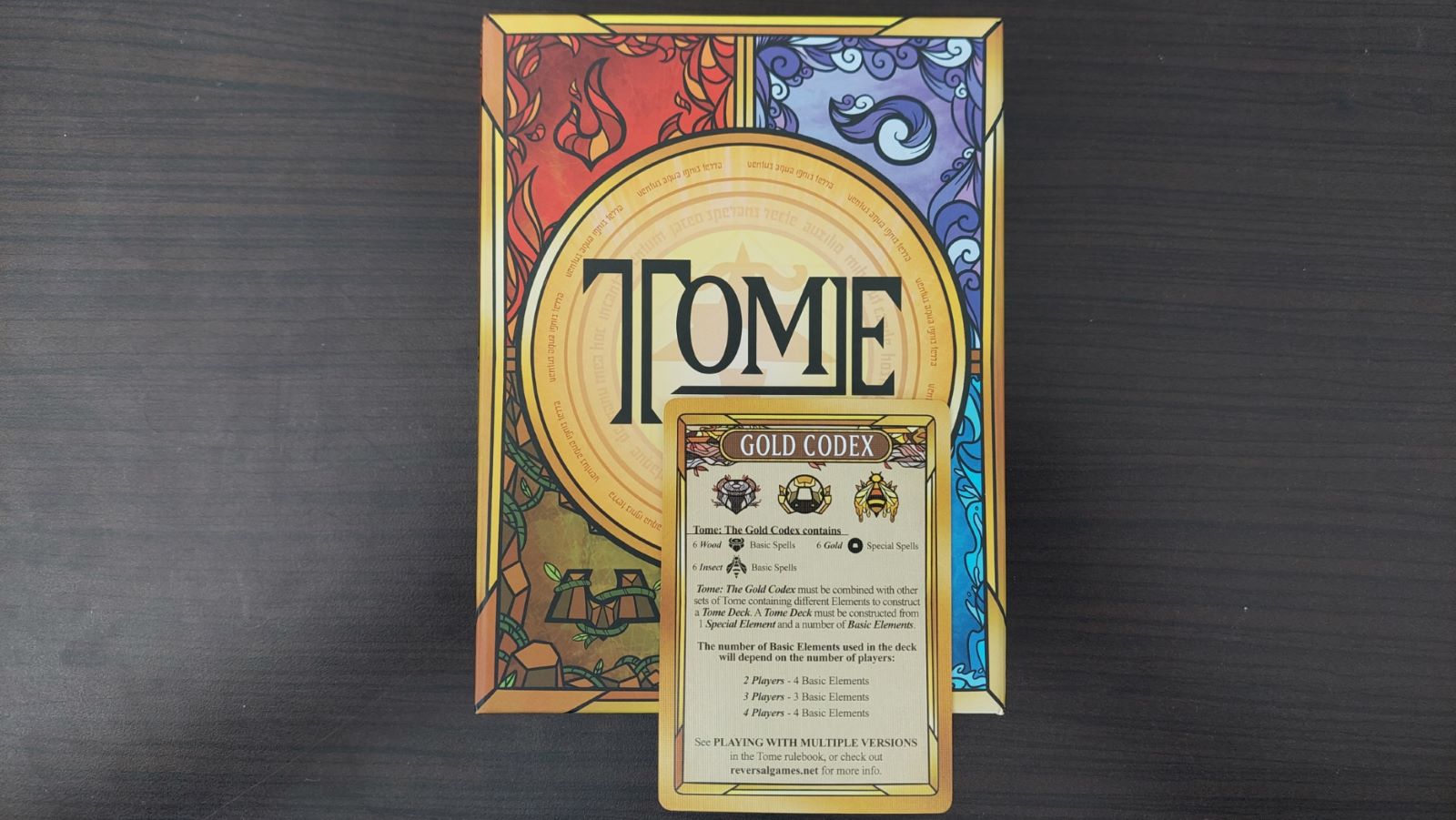 In my review for the base game, Tome: Light Edition, I illustrated a silly analogy about pokey brownies. Continuing said analogy, Tome: The Gold Codex, an expansion to Tome: Light Edition, slightly reduces the amount of cactus spines, thickens the brownies a bit, and adds several new flavors! 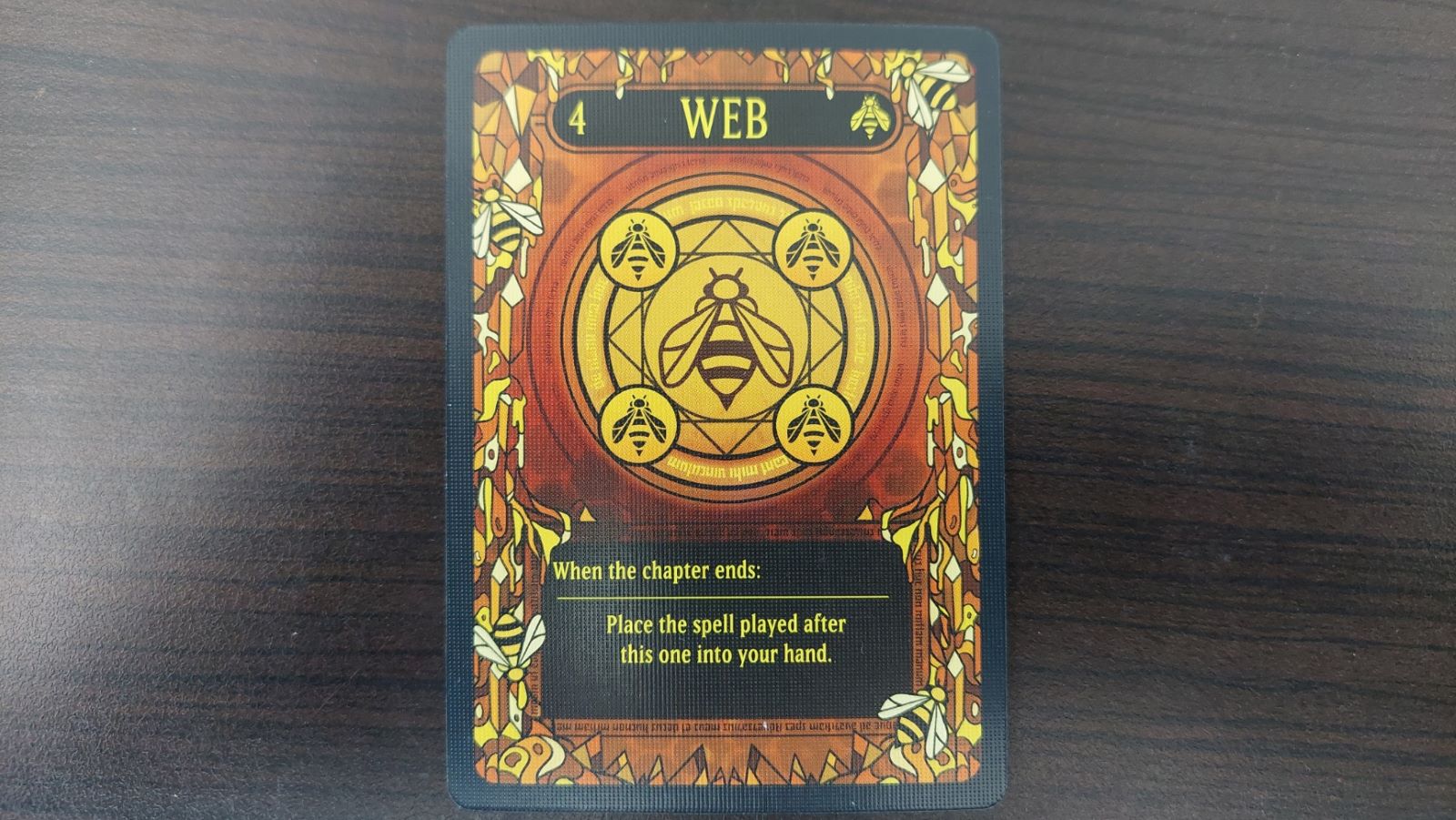 Included in the Gold Codex expansion are two new basic elements, wood and insects, and one new special element, gold! 18 cards may not seem like much, but they go a long way towards making Tome feel more complete. Thanks to the addition of new elements, Tome becomes a modular experience. The flux cards of each basic and special element are shuffled into separate piles respectively, then sprawled face down. In this way, six basic elements and one special element are randomly selected, making each game of Tome a bit different. 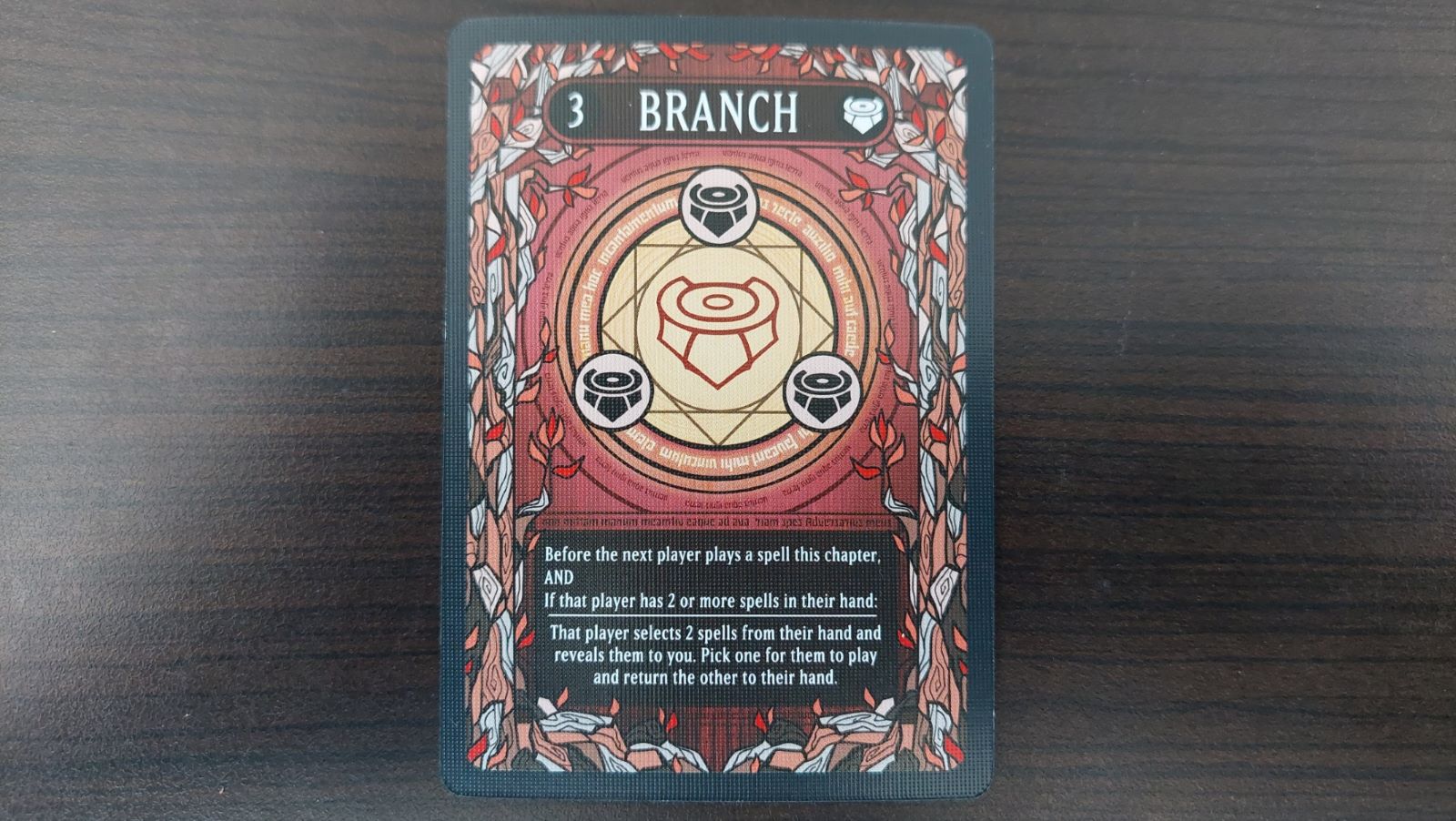 Speaking of different, the gold special element is very different from the original light element, and much better too. Unlike light, whose spells always beat non-trump spells, gold spells equate to non-trump spells, but each trick won with a gold spell rewards an extra point. Additionally, when gold spells are played, players can subtract a point from their score to add the title spell element to that gold spell, making it both gold and the title spell’s element. Gold’s juicy decision making and gambling almost accentuates light’s simplicity. And, ironically, although gold has more complex rules, it can be easier to understand than light, because gold’s rules are not an exception to the base rules. Lastly, the extra decision making and control provided by gold creates a bit more of the depth I want Tome to have. 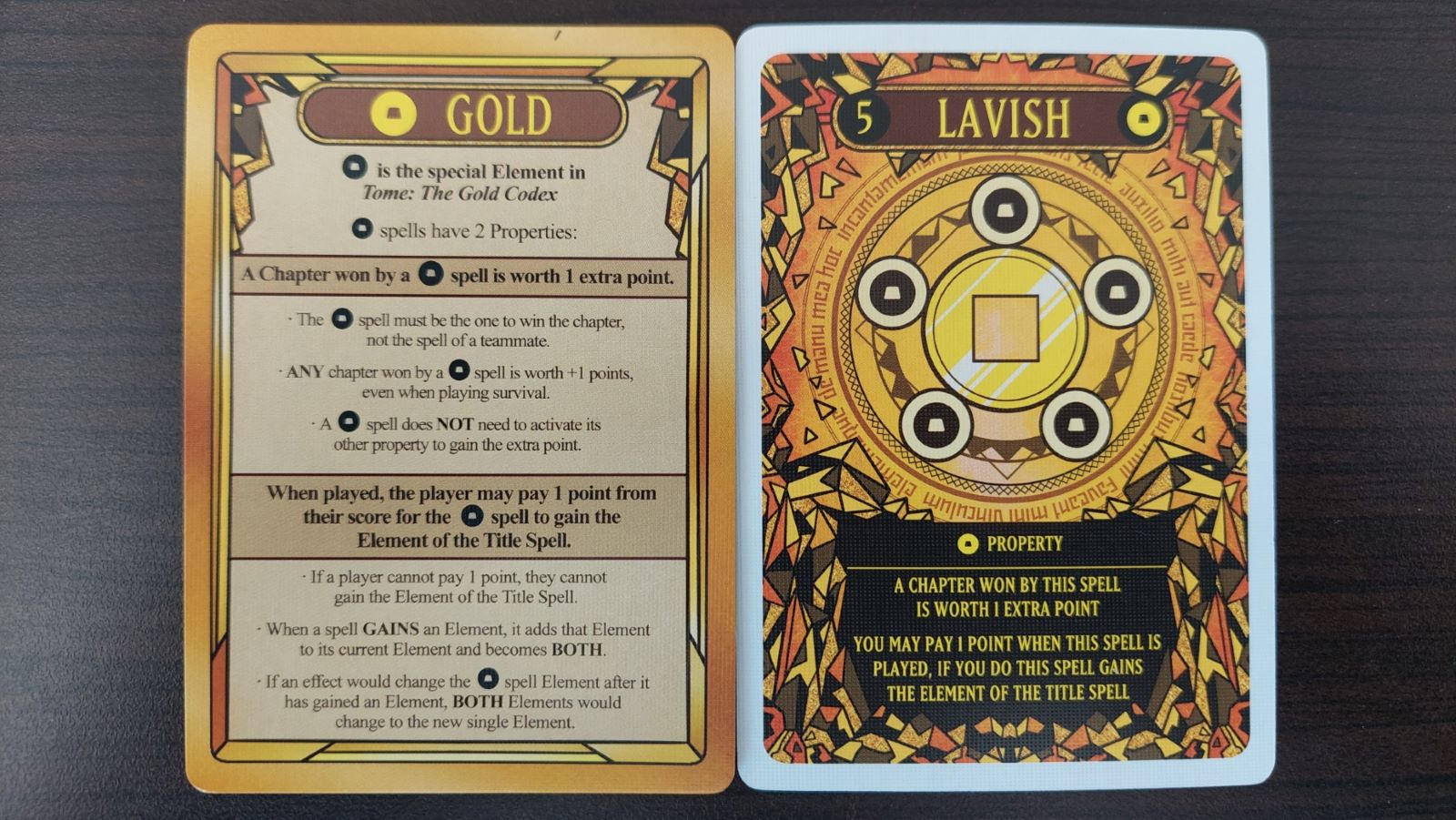 Ellis is a fledgling table top hobbyist with a passion for finding and sharing novel experiences. Always on the hunt for a good laugh or competition, Ellis hopes to draw deserved attention towards any conduit of positive memories, small enough to fit on a table.
Related Articles: Tabletop, Tome: The Gold Codex
Share
Tweet
Share
Submit