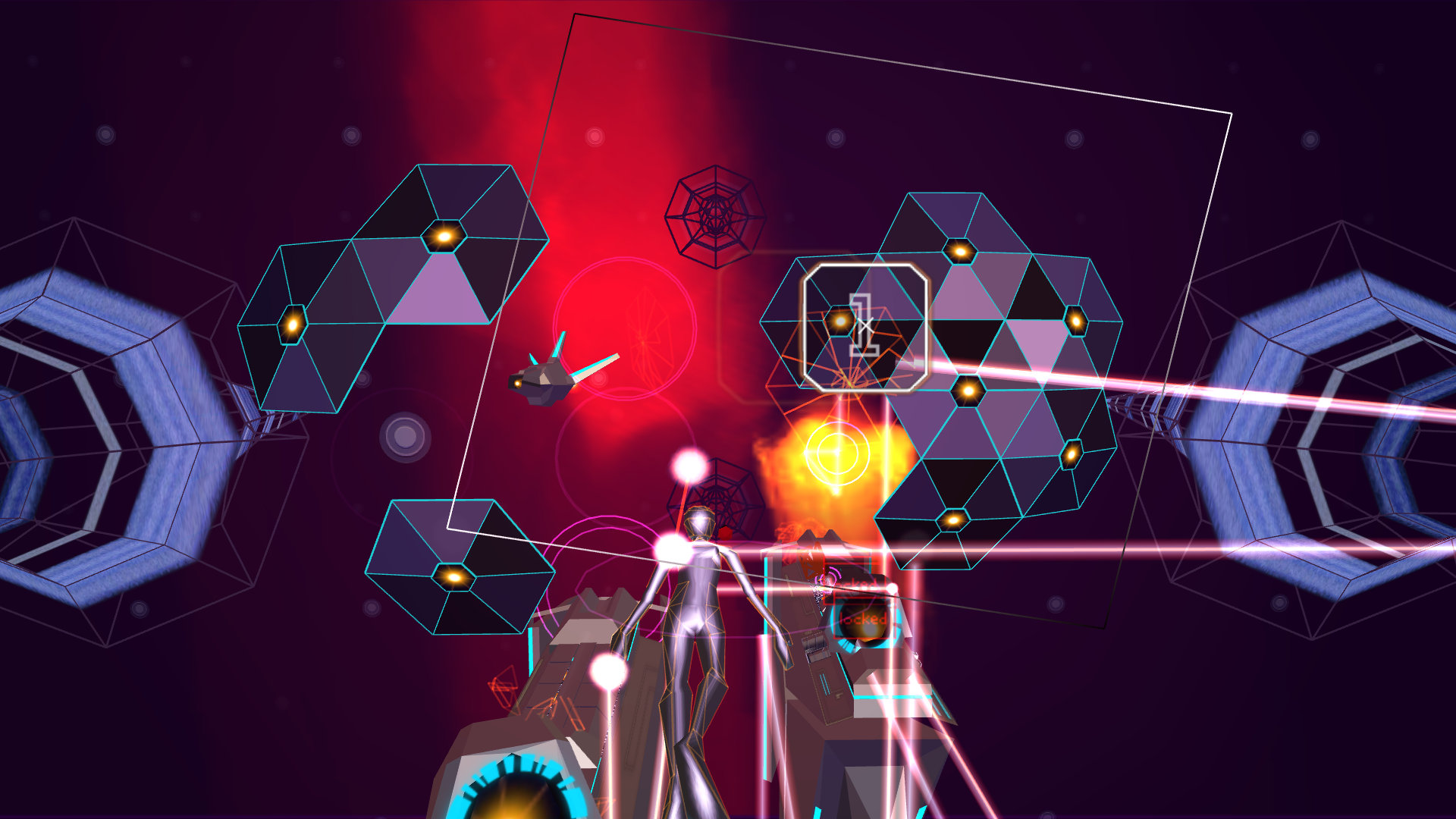 The first thing you’ll notice when you start playing Rez Infinite is the strange and rhythmic sense of flow you get from playing with the PSVR. Despite the fact that you won’t be playing from a first person point-of-view, everything in Rez will do its best to truly make you feel like you’ve been sucked into its Tron-like world, from the simple gameplay to the beautiful levels that surround you. While Rez Infinite is definitely a short game, it’s one that begs you to return, again and again.

The game starts very simply: you play as a strange polygonal being trying to rescue a woman from inside a computer system. While Rez’s story is nowhere near timeless, it doesn’t hurt the overall gorgeous presentation. Rez’s various levels, which fly by quickly over its approximately one hour playtime, are filled with flying colors and shapes, sometimes forming pictures and patterns, other times just twisting like a kaleidoscope, and later levels build on this by sending you through growing maps of city skylines, towers filled with swarms of colorful enemies, and expansive voids filled with exploding pixel dragons.

In VR, the already beautiful levels manage to look even more spectacular, surrounding you in full 360 for levels that twist and turn in interesting ways. Also, despite an occasional tendency to whip the player character around a lot, it’s still playable for long periods of time without it being nauseating. In fact, as soon as I finished the game, I couldn’t wait to dive right back in.

Even as a rail shooter, Rez’s controls are beyond simplistic. The targeting reticule is controller with either by looking with the PSVR headset or the thumbstick, and firing with the X button. While later levels do add a bit more, it’s easy enough that anyone can try, making this a great game to show off to anyone new to VR. Despite the relative ease of the levels, none of which are particularly challenging, there’s a simple satisfaction to it all. Shooting down an enemy is rewarded by a clap or beat to the tune of the music, tying your movements to the beat of the song. If you’re using the VR headset for targeting, you’ll soon find that you’ll play best while swaying your head back and forth to the beat, letting the music guide you. It’s a special kind of game that can really engage you on so many levels at once.

While a lot of fun and a great introduction to VR for any newcomers, Rez isn’t a perfect game. The boss battles, while generally varied in terms of style and visuals, are functionally similar to one another, as each one has you shoot thru a mass of polygons to find something at the center. There’s also not a lot of content, though one level that takes you off rails is hugely replayable, and you’ll probably want to do multiple playthroughs just because of how addictive the gameplay is.

Rez Infinite is a treat for the senses, and while there might not be a lot in the way of content, you’ll surely come back for more several times. The simple but addictive gameplay will draw you into a musical neon trance that you won’t want to leave, and it’s the perfect length for sharing with friends.