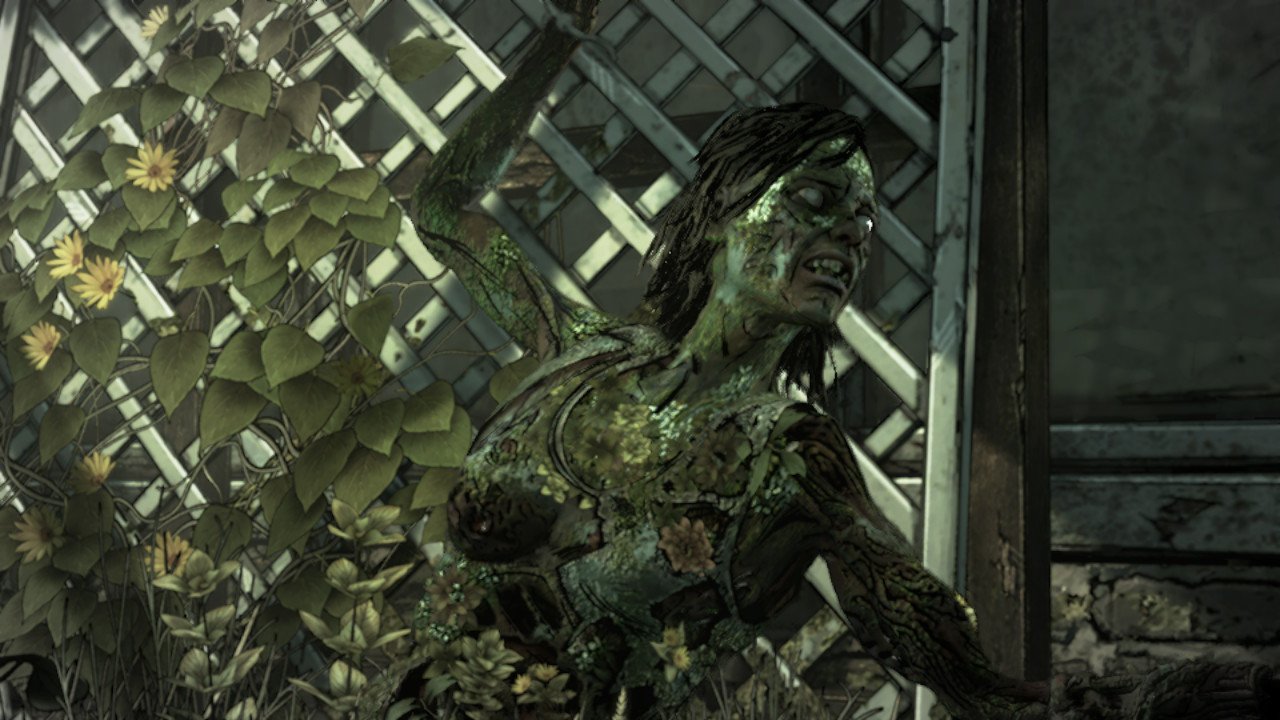 (Contains spoilers from The Walking Dead: The Final Season episode 1)

Two and a half hours after playing through the second episode of Telltale’s The Walking Dead: The Final Season, I was left with just one thought:

I know that it’s only the second of four planned episodes, but considering the news of Telltale’s closure and subsequent cancellation of almost every ongoing project right now, I went in knowing that this may be the last we’ll get to see of Clementine, AJ, and the gang for quite a while. Suffer the Children, the name of The Final Season’s second episode, is an uneven yet poignant experience that acts as an unfortunate cliffhanger.

Suffer the Children picks up where Running Scared left off, with a flashback describing the aftermath of the Ericson’s School for Troubled Youth leader’s, Marlon, death by AJ. Shaken up by the sudden event, the group controversially decides to exile Clementine and AJ from the shelter, and the two end up in the wilderness yet again. However, after an almost fatal encounter with an old friend (as well as a new character), Clementine convinces the remaining survivors to reinforce their building to prepare for the incoming raider attack that will inevitably occur.

Right off the bat, I already felt a sense of structural déjà vu with this episode compared to the previous one; there was an intense confrontation in the beginning, followed by some action sequences, culminating with a cliffhanger ending. It’s a typical second episode, where The Walking Dead has to begin to flesh out its large cast of characters while also providing some satisfying story beats. It’s here when the uneven quality of this episode is apparent: The best interactions during the two and a half hour episode are between Clementine and AJ, as Clementine continues to teach AJ about the world before the walkers. It’s quite depressing seeing how AJ needs to be hardened in order to survive, as he struggles to grasp the concepts of funerals, murder, and justice. The two’s conversations are rife with references from the first season, as Lee’s mentorship and even deceased characters are called into question as Clementine consoles the child.

Another great aspect is the return of Lilly (someone who we haven’t heard from since season one), as well as the new character James (whose presence also references comic and TV series antagonists, the Whisperers). Personally, other than the main duo, these two characters were the highlight of the episode, as they prove that you can work callbacks and new information into an episode without bogging down the pacing. Lilly berates Clementine but also feels remorse for her past actions, while James is a warm person that just wants to help Clementine and AJ. It does help that these encounters are also some of the most intense moments of the season so far, so they pair nicely with the lulls in between them.

On a technical level, the episode works very well on the Switch. Much like episode one’s performance, there weren’t too many slowdowns or stutters even while playing undocked. I’m impressed with how the Telltale engine has progressed from a stutter-filled mess on PlayStation 3 and Wii to something that’s consistently stable on different hardware.

However, the rest of the experience is rather uneven in regards to pacing. Heading back to Ericson’s School for Troubled Youth feels awkward considering what transpired over the last episode, and as such, the reintroduction of characters and subplots at the school feel rushed and uninspired. At this point, I’d love to interact with more of the minor cast (especially with characters like Omar or Aasim), but other than a brief sequence with Ruby and Mitch, the other minor characters don’t get that much love here. This doesn’t look like a great sign, as it’s getting to the point if one of the minor characters happens to bite the dust (trying not to spoil), I won’t feel as emotionally attached since we never got meaningful interactions or story arcs with them.

You get more time with Louis and Violet, both of whom can be romantic interests, but even that feels a little hasty; in the case of Louis, it’s odd considering he spent the first half of the episode scolding the main characters for killing his best friend. Forgiveness is fine in these types of subplots, but the fact that it happens so quickly in the story doesn’t feel genuine. The quieter sequences almost mimic the first episode, to the point that it feels like a rehash rather than a progression; there’s even a card game scene in the vein of last episode’s carded campfire. Sure, relaxation scenes are fine (the beginning of season 1 episode 2 comes to mind), but I haven’t seen much reason for the gang to relax as much as they have been.

A problem that recent Telltale Games titles have had is that they suffer from the illusion of choice and linear narratives, and here, it feels apparent. Other than choosing who to confide in near the end of the episode (as well as a couple other choices I won’t spoil here), it doesn’t seem like I’m making any significant choices in the narrative. I know that’s been a problem since season two, but I know that there’s something much better in store for this season, as seen in my previous thoughts of Running Scared.

…And that’s just why I’m sad it has to end here. To put it simply, there is no satisfying conclusion to the conflicts introduced here, and why would it need to be here? We were expecting two more episodes after this one, but now that it’s all but confirmed that we won’t get the final episodes for a while (if at all), this sendoff feels like a disappointing whimper rather than a triumphant bang.

The Walking Dead: The Telltale Series - The Final Season Episode 2: Suffer the Children

The second, and maybe final, episode of The Walking Dead: The Final Season has some great introductions and story arcs, but unfortunately suffers from some uneven pacing and a conclusion that puts our characters in a rough spot from which they may not recover. Suffer the Children, indeed.

Elisha Deogracias is an aspiring accountant by day, freelance writer by night. Before writing for Gaming Trend, he had a small gig on the now defunct Examiner. When not being a third wheel with his best friends on dates or yearning for some closure on Pushing Daisies, he's busy catching up on shonen manga and wacky rhythm games. Mains R.O.B. in Smash. Still doesn't know if he's a kid or a squid.
Related Articles: The Walking Dead: The Telltale Series - The Final Season Episode 2: Suffer the Children
Share
Tweet
Share
Submit