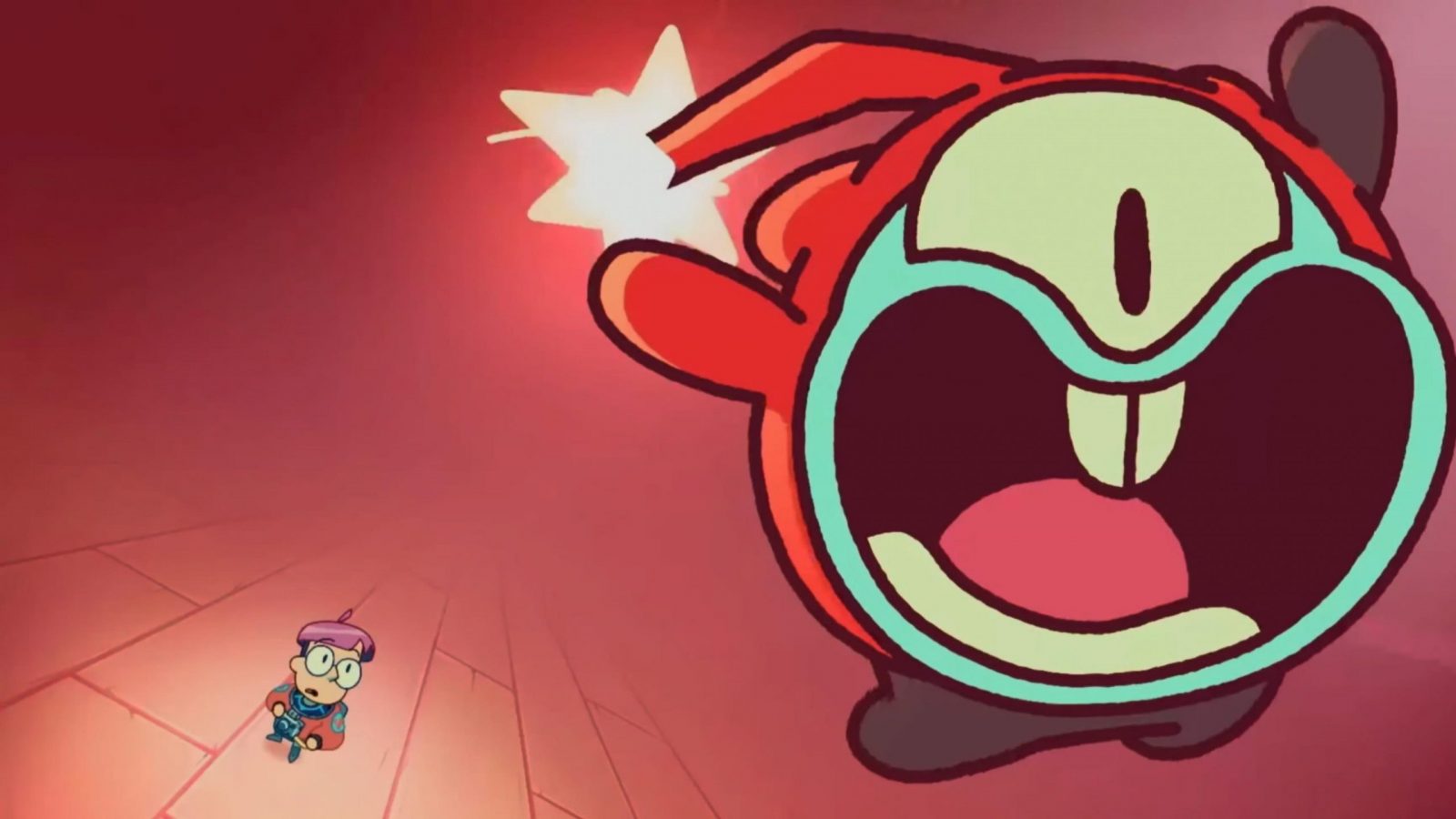 If you were ever a fan of the Pikmin games, you’re gonna want to check this out. Tinykin follows Milo, an explorer who finds himself on Earth only to discover that everyone has disappeared, and he is much too small. In hopes of finding a way to return back to normal size and back home, he joins forces with the local bug population and a strange new creature called Tinykin.

Tinykin is an adventure platformer that carries a lot of the DNA of Pikmin while still establishing an identity of its own. There is of course the helpful little army of creatures at your beck and call that assist in the repair of your spaceship, but the stressful timed-encounters and combat of the formula have been traded in for a more relaxed experience. Here Milo will be using the Tinykin he collects to assist with various tasks and errands, and lucky for him they are more than up for the job. 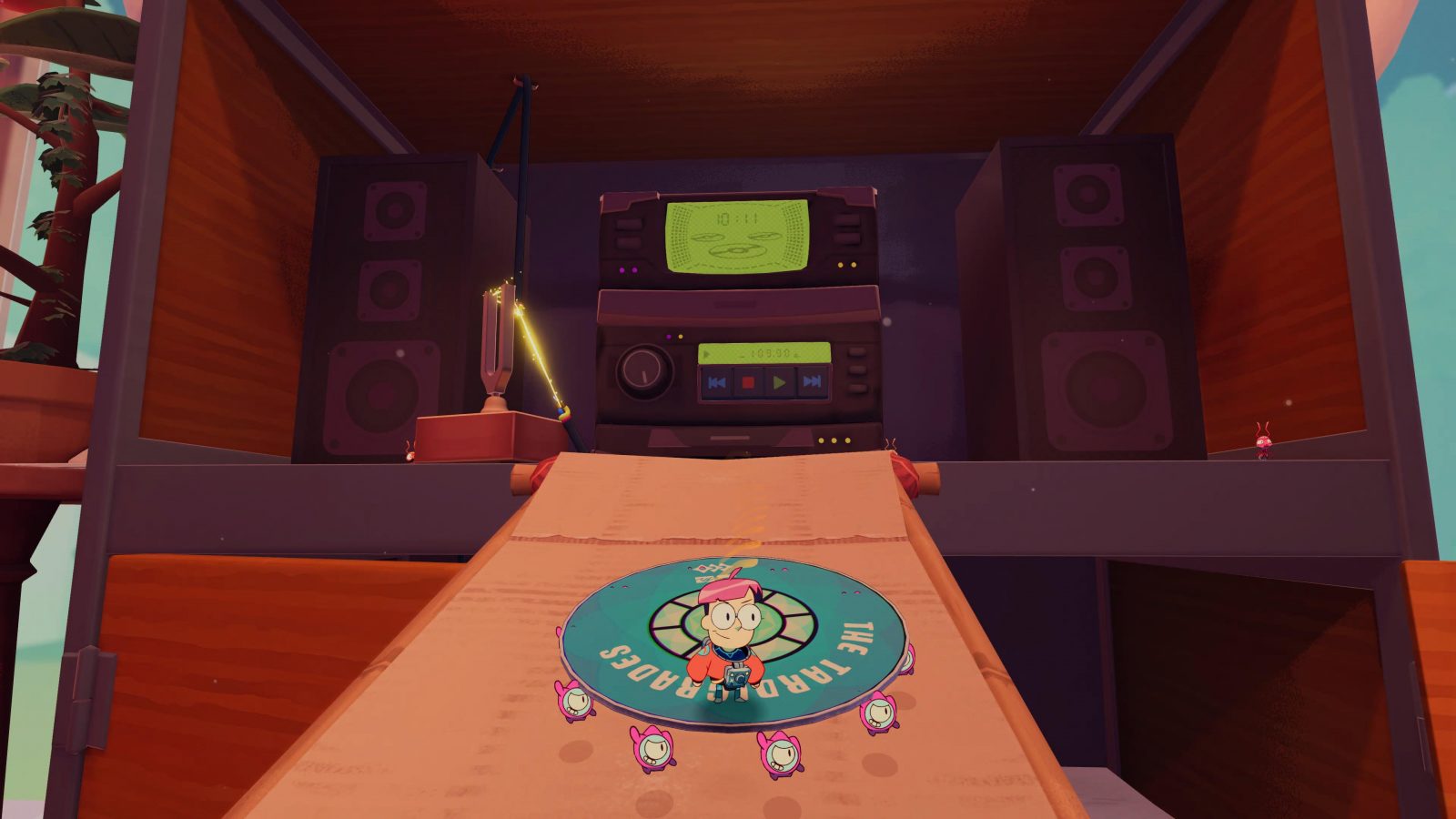 There are five types of Tinykin to recruit, each providing their own unique abilities to help traverse and interact with the environment. The pink Tinykin for example are the strongest of the lot and can lift large objects and carry items with ease. These creatures are also helpful for traversing the world and exploring, with the green variants being excellent climbers that can be formed into a ladder to reach new heights. Issuing them commands was incredibly easy, as tasks are context sensitive and Milo will automatically pick the right Tinykin for the job, meaning I didn’t have to shuffle through a crowd of them for the correct one.

Each level takes place within a new room of the house and unfolds the story of the sprawling bug civilization. These are more than typical household environments, they are finely detailed and intricate cities built by bugs. Music venues set up within a guitar, covert rendezvous within cupboards, leafy lean-tos beside tea-candle fires, it was all so fitting for a micro metropolis. The insect denizens within the house are interesting as well, and serve to provide history and insight into the deeper story of the game on top of some comedic conversations. The main goal within each of these levels is to collect a component required to repair a device that Milo hopes to use to return home, and acquiring each piece involves helping out the locals in some way. This can be gathering items, setting up a rave in a bathtub, or even baking a giant cake. Tinykin takes full advantage of the whimsical nature of being a tiny human in a giant house, and I always looked forward to what I might get into next. 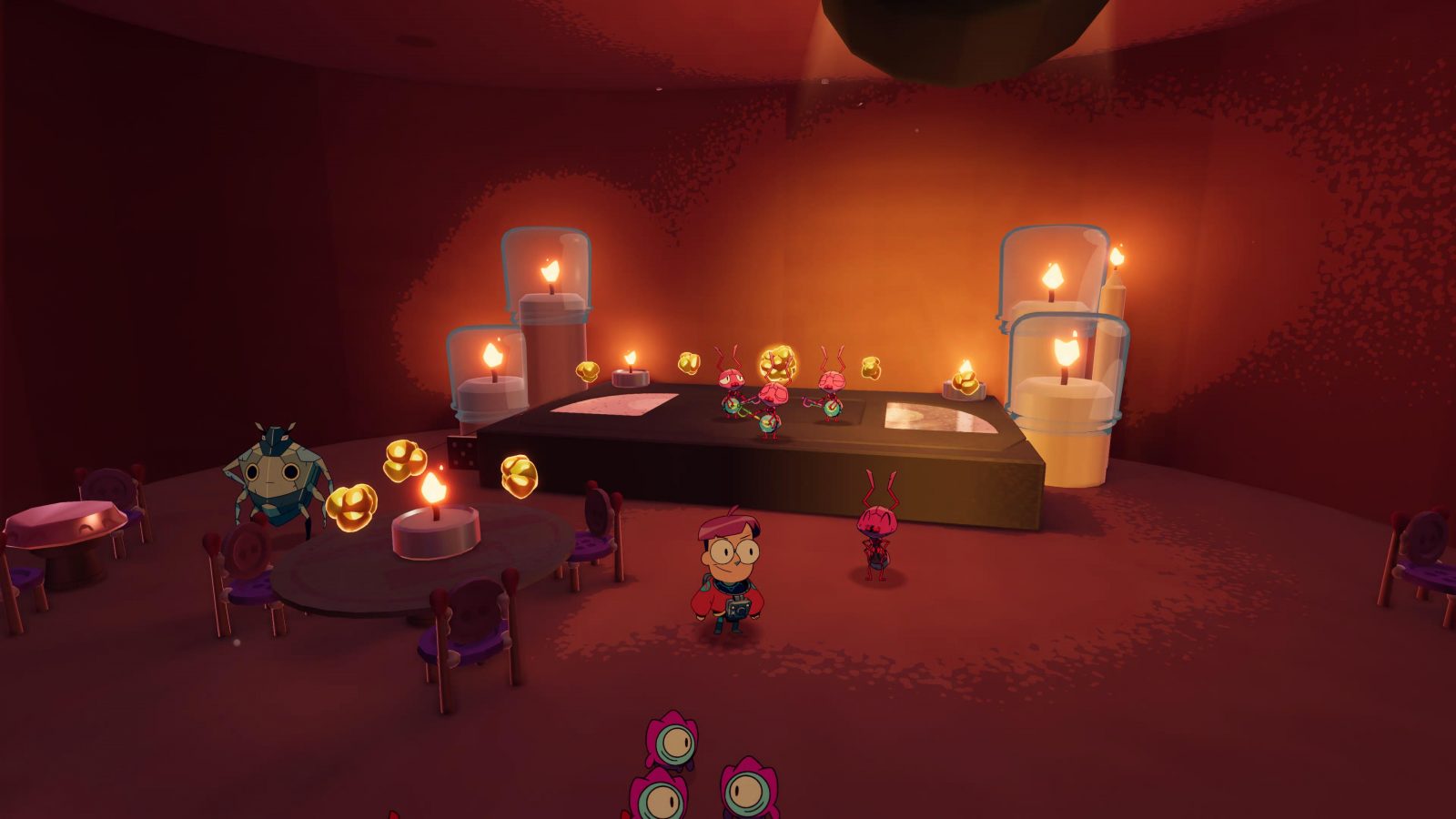 Beyond collecting the main components, there are also smaller side quests that can be repeated in each stage, such as collecting four pieces of mail or recovering lost relics for the bug museum. There is also another collectible called pollen, of which there are hundreds if not thousands of in each level. Pollen is a stand-in for the classic coin collectible, and finding enough of the stuff will grant Milo an upgrade to his glider, allowing for longer flight. These tasks were always fun to engage with and encouraged me to explore each level to the fullest. For someone like me who enjoys combing through all the hidden nooks for collectibles, you’re gonna have a great time with the exploration opportunities on offer. The only drawback is that for the completionists out there, tracking down every last piece of pollen might be a bit frustrating. There is a helpful counter in the menu that informed me how much I missed in a level, but there is no way to know where that last tiny collectible in a massive area is hiding (flashbacks to finding every figment in Psychonauts). These are of course optional objectives though and it won’t hinder your story progression.

There really is a lot to love about Tinykin, and I had a blast throughout my six hour journey. This is one of those games that fulfills the craving of a pikmin-like game when there aren’t too many out there, at least not of this caliber. The beautifully crafted environments paired with easy-going puzzle solving make for a solid platformer that begs for players to explore every inch of the massive house.

Gathering up the Tinykin to get Milo home is great fun. Exploring expansive environments as a shrunken human gives a unique perspective to everyday objects, and provides a particularly interesting setting for the story to unfold. With responsive platforming mechanics and amusing puzzle encounters, this game is a pleasant ride from start to finish.

Corvo is a writer who loves to explore journalism through video games. Writing and editing reviews for triple-A games and indies alike, he finds his passion within expressing his experiences in a fair and accurate manner. Some of Corvo's favorite games are Destiny 2, Mass Effect, and Disco Elysium.
Related Articles: Tinykin
Share
Tweet
Share
Submit