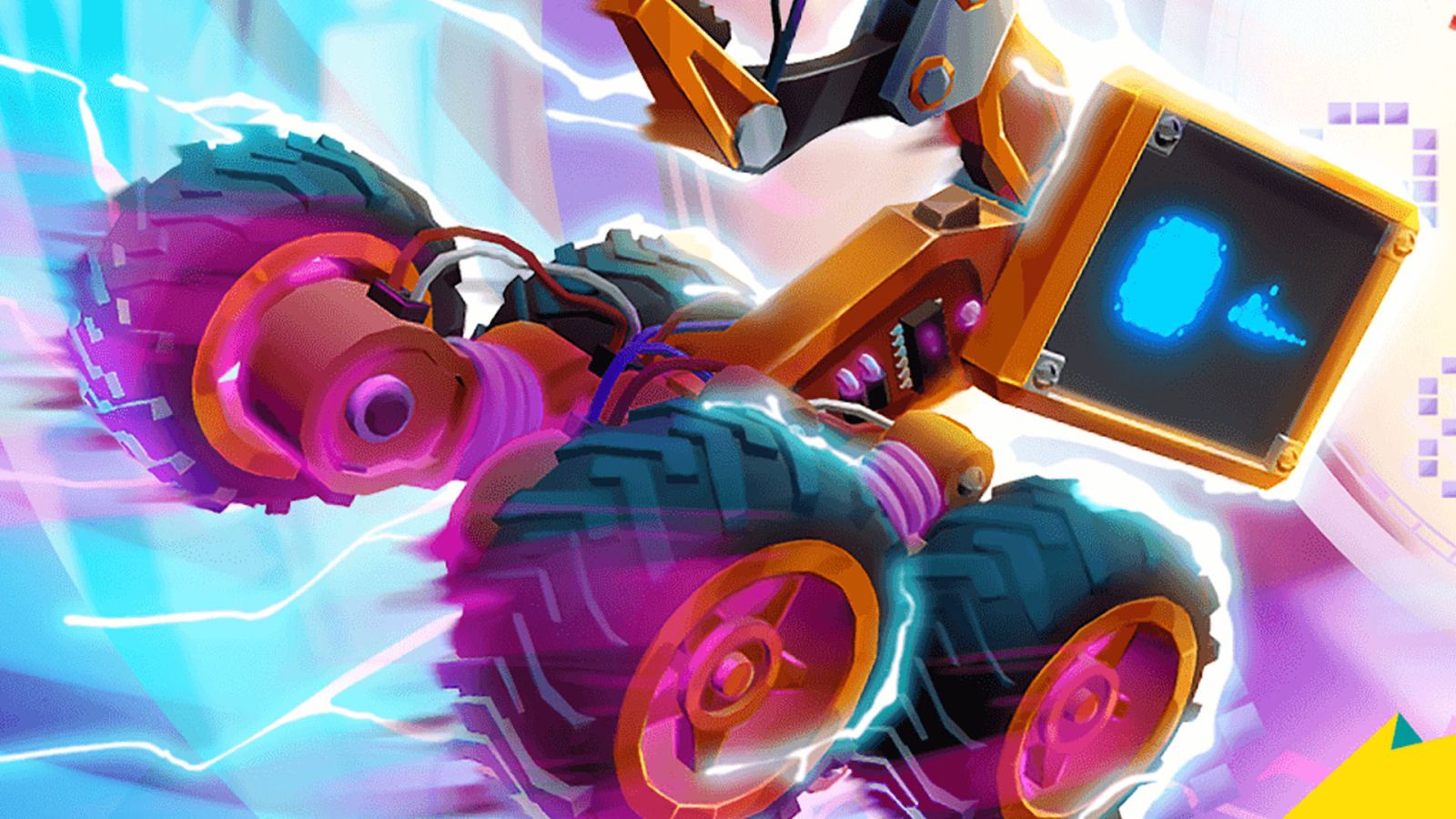 I looked at Time Loader and saw a wonderful looking physics-based game that looked like it’d be a fun romp. A cute little RC car with a claw arm attached navigates a whole host of real-world homes solving puzzles – simple, right? What I found was a game that absolutely blew my mind. So the story goes, a young boy named Alex is playing in his treehouse when he accidentally stepped on a little red toy car, slipping and falling to the ground below. With a sharp crack, Alex is paralyzed and put in a wheelchair. He spends his life studying physics, math, and robotics, creating a remote control device that he could send back through time in an attempt to change his past. He’s successful in transporting the device, but once he locates the errant toy, he finds that he’s just paralyzed in a completely different way. What ensues from this point on is a whole conversation around inevitability, fate, and predestined outcomes. Yeah, it’s not what I came for, but I’m sure invested in it now! Without any further spoilers, let’s talk about Time Loader.

Time Loader will take you roughly two and a half to three hours to complete the first time (more on that later). Don’t take that as a negative as the game sets out with a story arc and keeps it tight throughout. Spanning three chapters, the game is a puzzle platformer that is more focused on keeping the player moving through the story. The puzzles aren’t going to tax your brain for long as most of the challenges are merely about dragging a block, executing a jump at the right time, or dodging the family cat, but it keeps you moving with well-paced progression and upgrades. To say more would ruin the experience, so that’s all you get. 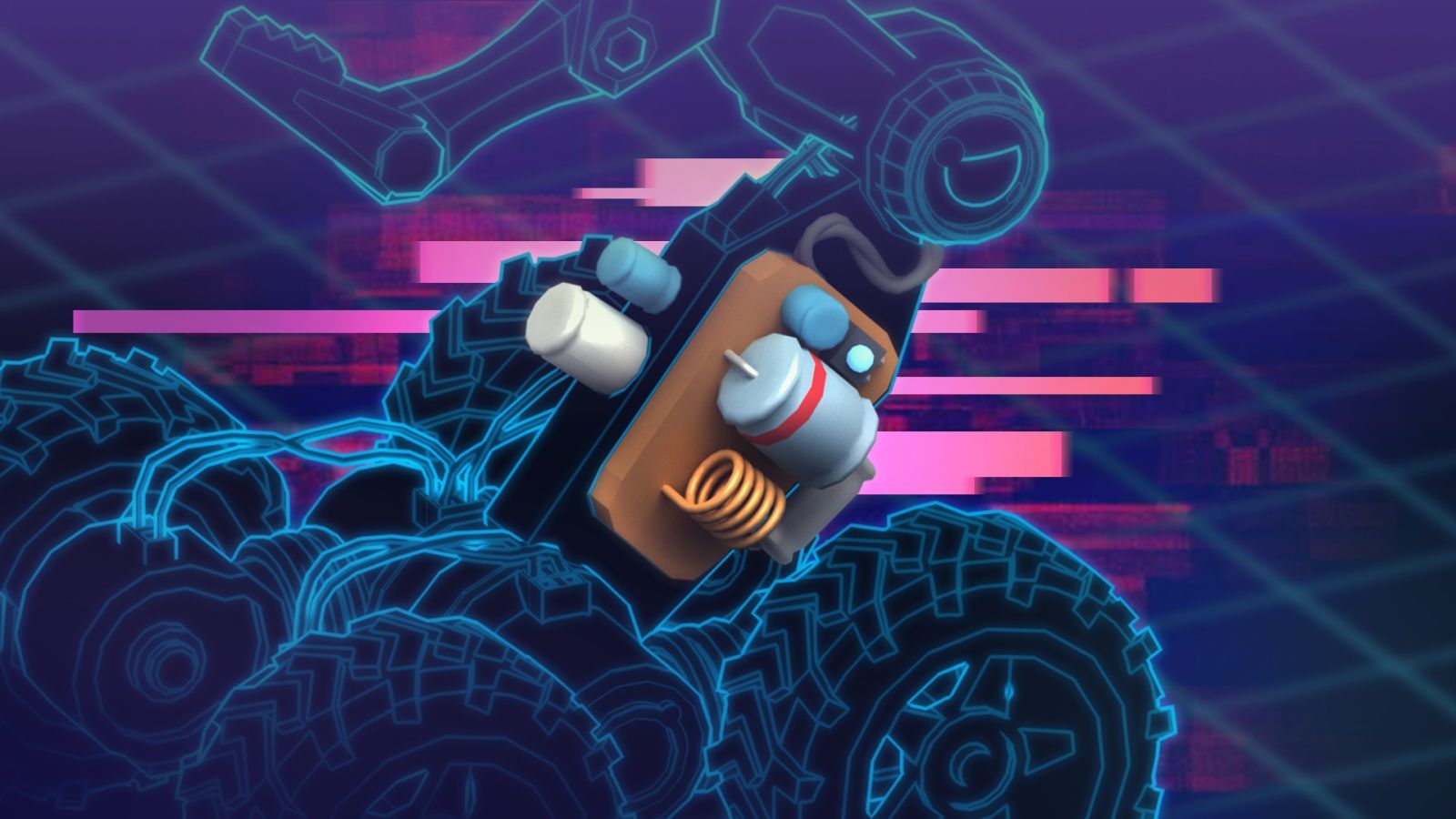 Your RC car has the aforementioned arm that can be used to pick up and throw objects. The four-wheeled vehicle is articulated in the center, allowing it to limbo under objects and climb to a small degree. The arm can also grab various objects in the environment to push, pull, or swing to another platform. Shortly into the game you’ll pick up a screwdriver that can be used to tighten screws or unscrew them, changing the layout. Springs will allow you to jump higher, and so on. The physics engine is fairly solid, though I have had a few “my people need me!” moments where the car jumped far further than it should, but these are thankfully few and far between. The real gameplay, however, is the game’s adaptability. 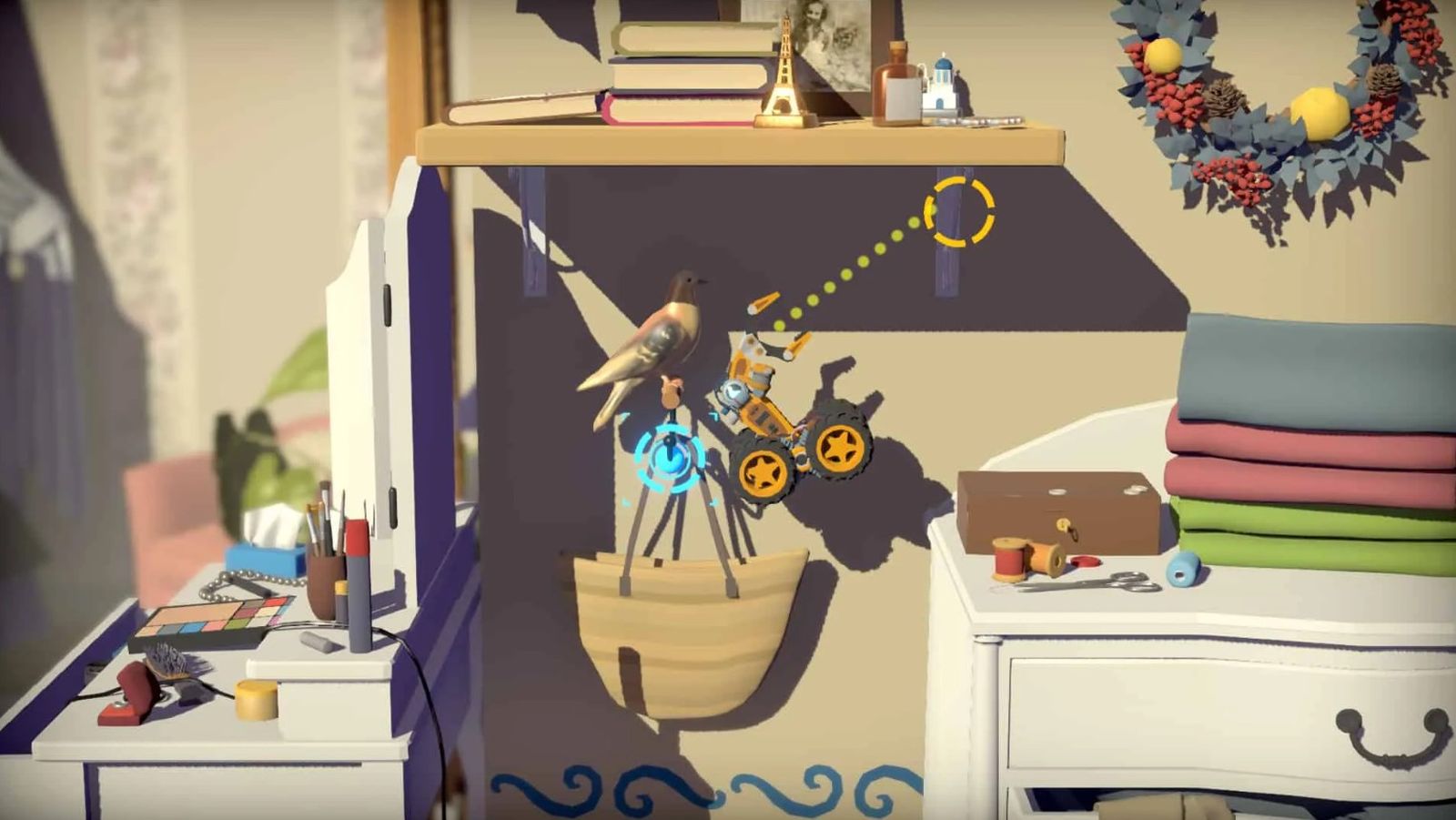 As I mentioned, you’ll find that changing the past isn’t having the desired effect for Alex. This will force you to follow a “swallowed the spider to catch the fly” type challenge. Everything you change has a ripple effect on other aspects of the game, forcing the little AI-driven car to adjust his approach. I don’t want to give it away as that’s the hook of the game, but it gets you thinking about what happens when you don’t think through the consequences of your actions. I didn’t expect any of this when I started my adventure with Time Loader, but wow am I glad to see it. 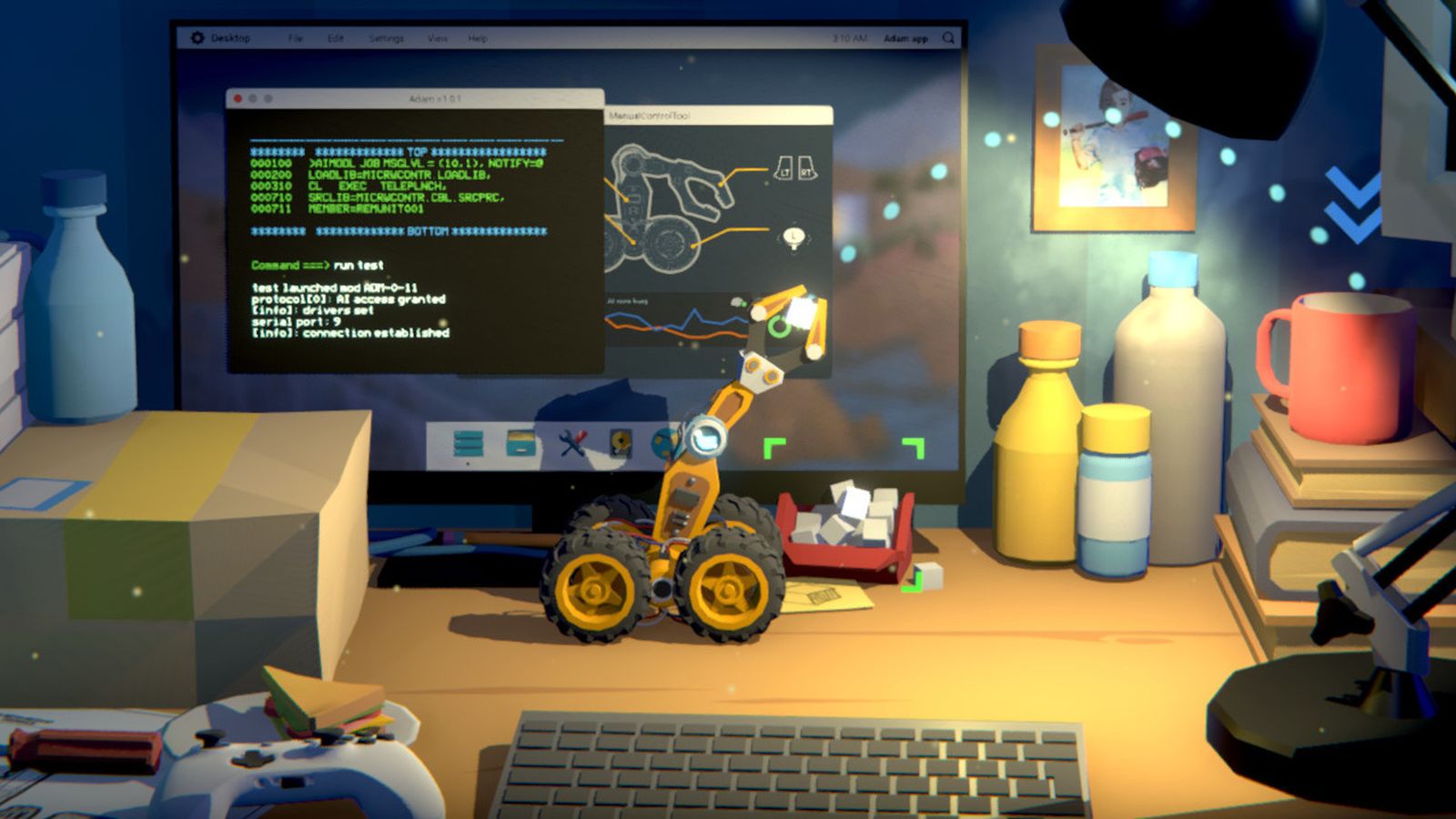 Visually, Time Loader is a treat. The objects in the environment are large compared to the RC car, and developer Flazm scaled things accordingly. It feels like a nod to Toy Story, and that’s high praise indeed. Lights and shadows bring the world to life, creating environments that feel lived in and real. 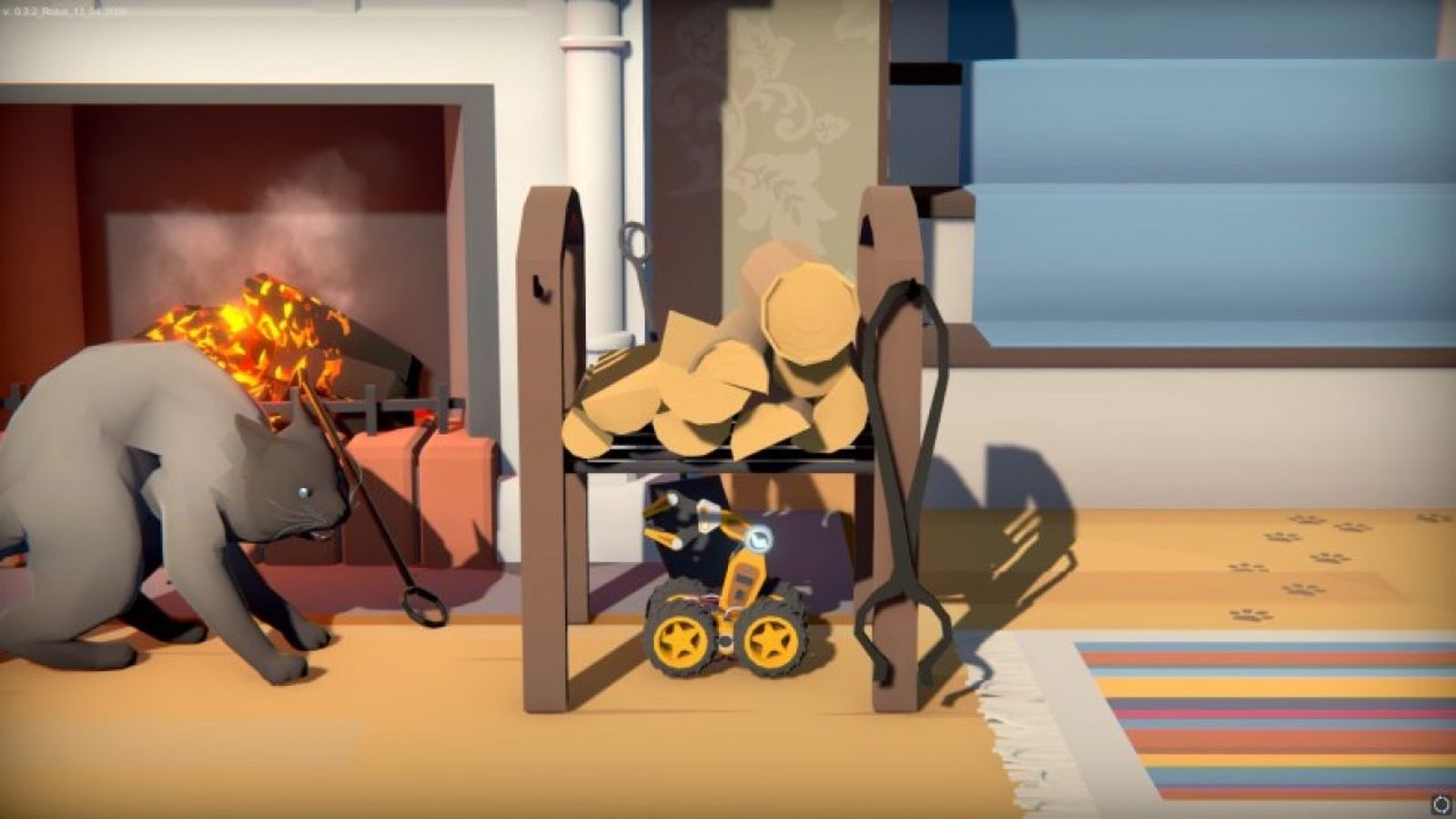 The AI-based car has a small screen that comes out when it runs into problems, and it is fully voiced and occasionally talks with you. This already very human story gains a lot of personality through this little dude as he demonstrates so much emotion on his little LED screen. Once again I found myself surprised, having expected a simple puzzler. 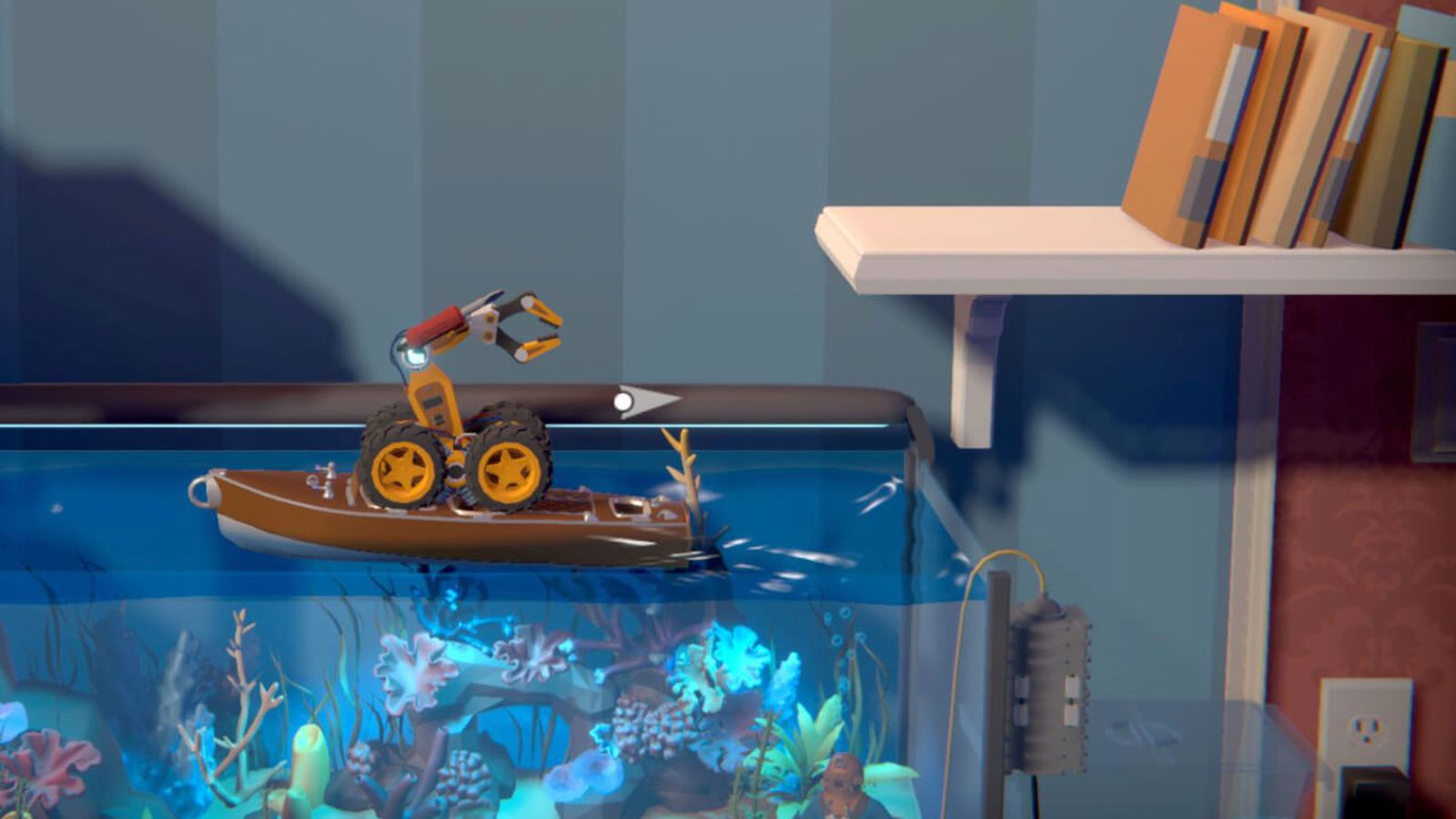 If you are a regular reader of my reviews, you know I often have a LOT to say about every aspect of a game, digging into minutiae that is frankly maddening for my team members that have to edit it. Here, I’m being purposely vague and brief as I want you to experience the same level of surprise I received from this game. There are multiple endings, and Time Loader practically demands you find them with a dour default ending. The only hitch, of course, is that the game is linear. This means finding the hidden endings will challenge you less each time you replay, but I know I’m going to have to play this many more times to find them all.

A physics-based platformer on the surface, Time Loader carries a weighty and heartfelt story that is bound to consume far more mental bandwidth than the screenshots and videos might have suggested. It’s rare for games to surprise me, but Time Loader did exactly that.

Ron Burke is the Editor in Chief for Gaming Trend. Currently living in Fort Worth, Texas, Ron is an old-school gamer who enjoys CRPGs, action/adventure, platformers, music games, and has recently gotten into tabletop gaming. Ron is also a fourth degree black belt, with a Master's rank in Matsumura Seito Shōrin-ryū, Moo Duk Kwan Tang Soo Do, Universal Tang Soo Do Alliance, and International Tang Soo Do Federation. He also holds ranks in several other styles in his search to be a well-rounded fighter. Ron has been married to Gaming Trend Editor, Laura Burke, for 21 years. They have three dogs - Pazuzu (Irish Terrier), Atë, and Calliope (both Australian Kelpie/Pit Bull mixes).
Related Articles: Time Loader
Share
Tweet
Share
Submit