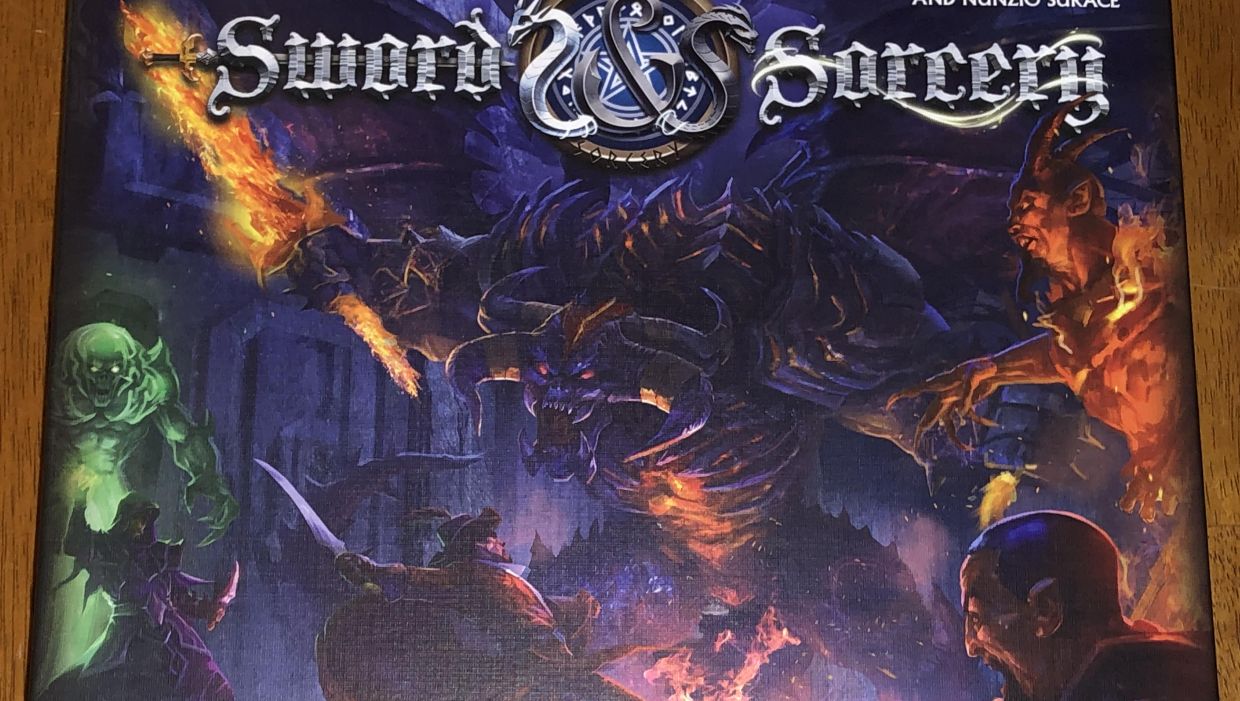 Dungeon crawlers have always utilized all sorts of settings and combat systems. However, recently we’ve seen some true innovation in these games. Gloomhaven implements a unique card system with characters that retire and get replaced. Alone has a single character working against multiple characters in a sci-fi setting. Sword and Sorcery created its Book of Secrets, a manual that continues the story through checkpoints within each mission. Ares has continued the Immortal Souls campaign with the Arcane Portal expansion.

The Arcane Portal expansion brings our resurrected heroes to the Thunder Mountains. Rumors of a mysterious cult persist over the townspeople. Whispers about trying to bring about the end of the world permeate the air. The forces of hell await to set the world on fire. 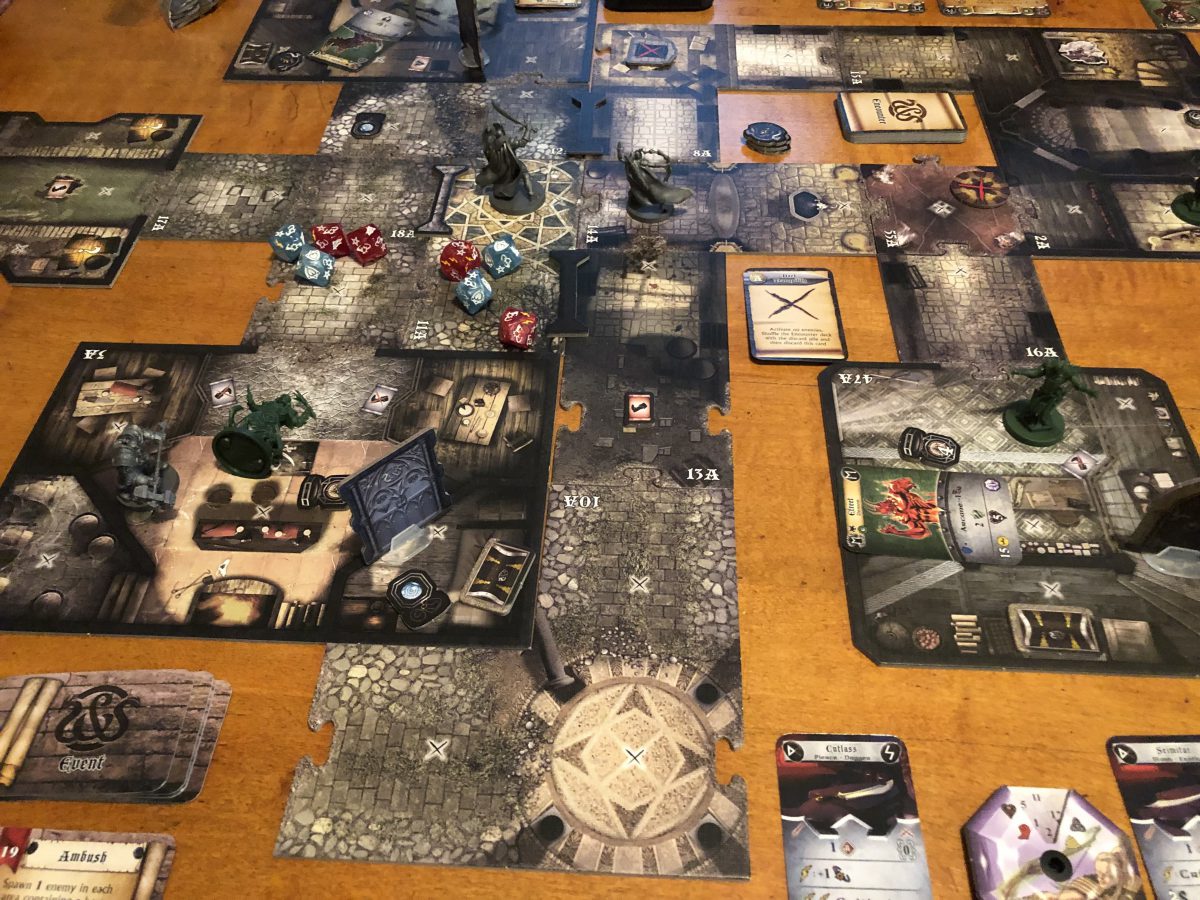 After opening the box, the expansion seems a bit sparse. Arcane Portal includes eleven map tiles, just over 100 tokens, new event and equipment cards, and several new monsters. The monsters consist of Efreets, Nightwalkers, and Demonic Cultists. The insert holds each monster individually, making it easy to reach for any of them when needed. Each of these comes with two blue figures, two green figures, and one red figure with matching cards for the monster deck as well as the reference cards showing their movement and attack behavior. Like in the base game, the blue enemies are the weakest, the green are slightly tougher, and the red ones act as mini-bosses.

Of course you can’t have a good campaign without a boss to go up against, and Arcane Portal delivers in spades. The Hellspawn is the largest of the figures included and comes in purple. The reference sheet for it is about double the size of the ones used by the normal enemies. The sheet is double sided, showing different attacks and health for the beast’s two different forms: smoke and flame. The artwork for the figure evokes the toughness and power the heroes will be up against. 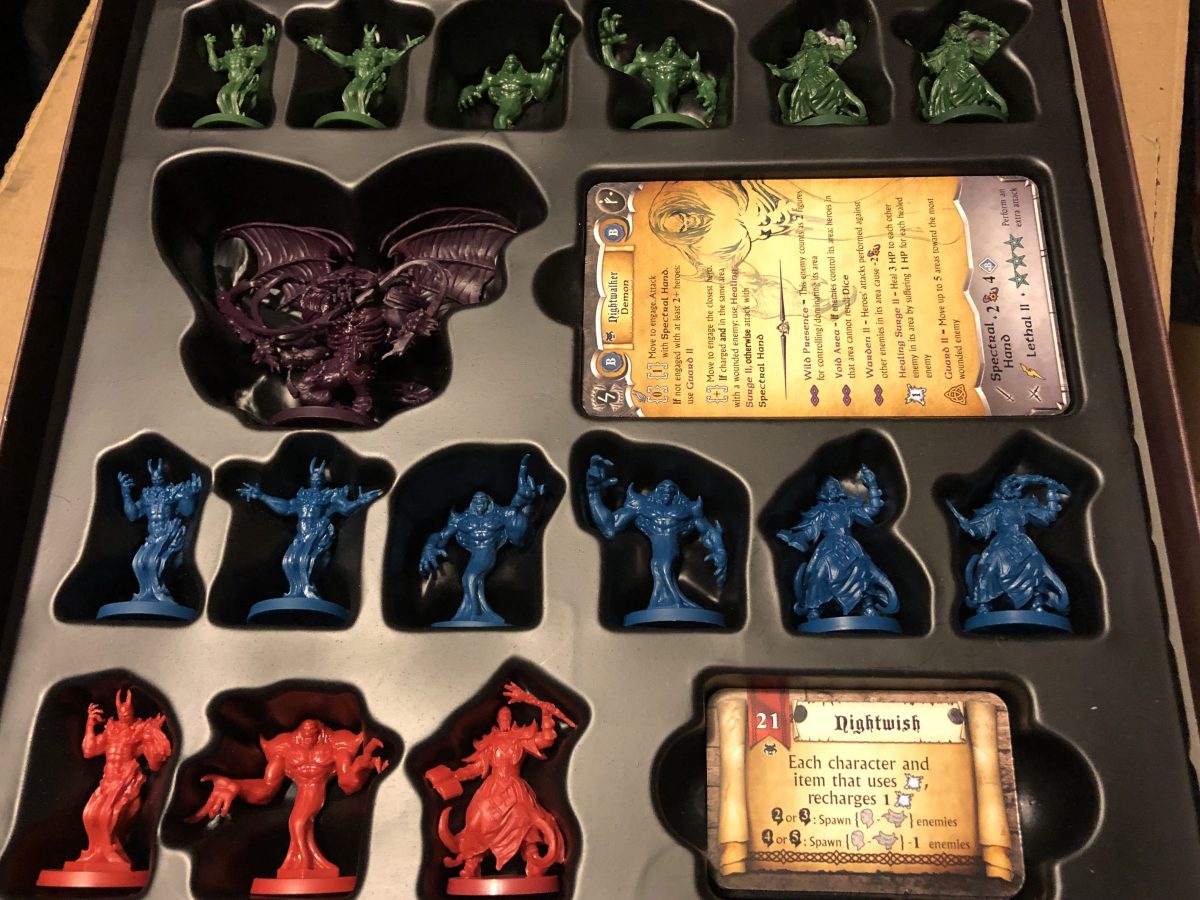 A new storybook and Book of Secrets come with Arcane Portal. The scenarios set up within the storybook show the map, enemies, and order of the Event deck. These are meant to be played in order of the campaign, but they can be played standalone with a minimum hero level as well as the amount of money each player should start with. I was able to use this to add a friend to the scenario with characters another friend and I leveled up. Scenarios do scale depending on the number of players, with more enemies spawning for higher player counts. The characters feel different as well. Playing a melee character requires a different strategy than a ranged or stealth player.

Again, the Book of Secrets shines. Instead of getting a mouthful of story at the beginning and then a paragraph at the end if the party succeeds or fails, the story evolves throughout the scenario as certain checkpoints are reached and event cards indicate a new section to read. From the very first scenario the party is tasked with several choices. Some of them may seem trivial but can have an effect later within the scenario. Others can have ramifications through the entire campaign. What might seem like a slow walk through the town gathering equipment and talking to the townspeople can be flipped on its head in an instant. 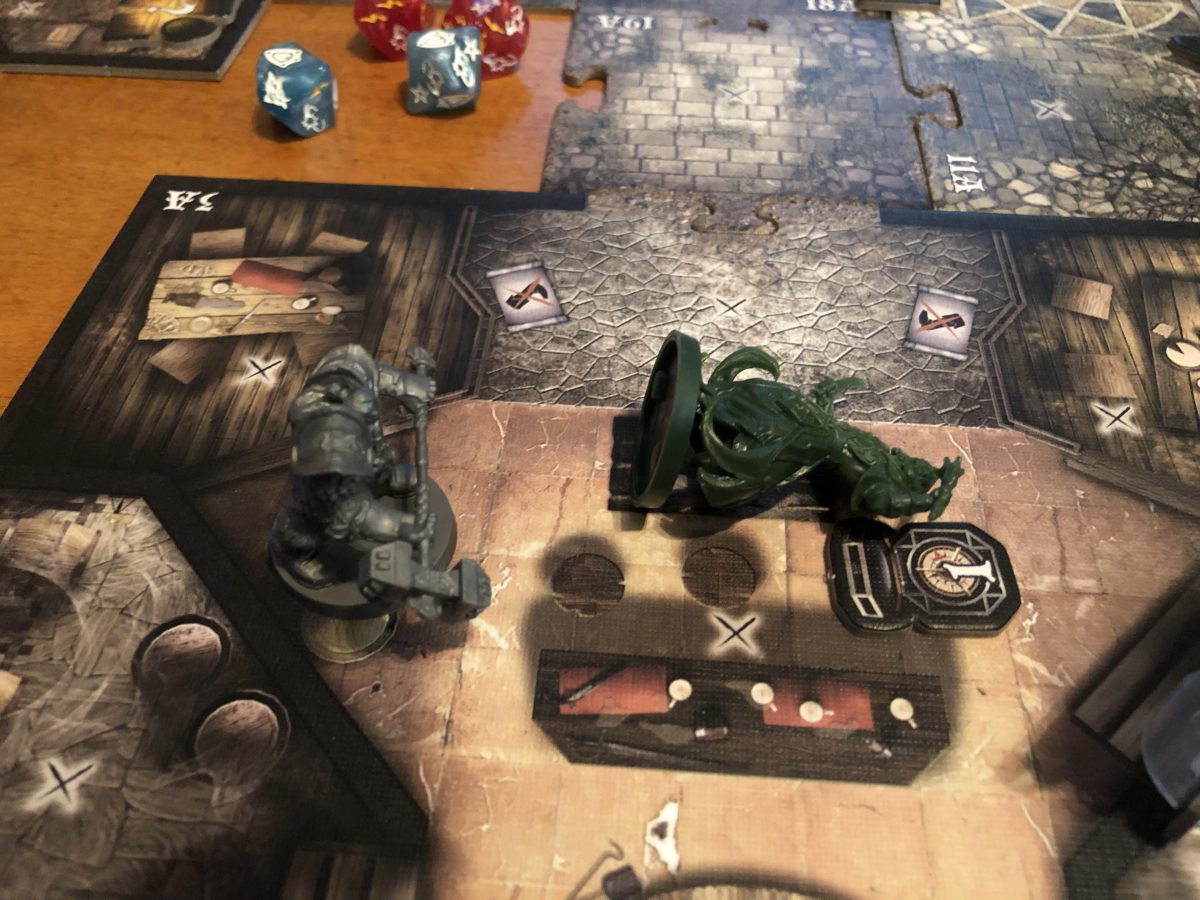 The Arcane Portal expansion doesn’t have everything that it could have. While Hero Packs can be purchased separately, it would have been nice if a new hero was included with Arcane Portal. It’s not completely necessary, but it would have helped to round out the package.

Again, the setup and tear down time takes a while for each scenario, and the first scenario I played took several hours. Granted, it didn’t feel like we were taking that long for each turn, but sometimes the twists and turns required finding monsters we had set aside thinking we didn’t need for the scenario.

Arcane Portal adds a lot of game with a few components. If you have looked for a heavier dungeon crawler with interesting characters that level throughout the campaign or are trying to scratch that Gloomhaven itch until the expansion comes out, then you need to check out Sword and Sorcery. If you are looking for more story and challenges after finishing the Sword and Sorcery campaign, then Arcane Portal is a great place to start.

While not working as a Database Administrator, Keith Schleicher has been associated with Gaming Trend since 2003. While his love of video games started with the Telestar Alpha (a pong console with four different games), he trule started playing video games when he received the ill-fated TI-99/4A. While the Speech Synthesizer seemed to be the height of gaming, eventually a 286 AT computer running at 8/12 Hz and a CGA monitor would be his outlet for a while. Eventually he’d graduate to 386, 486, Pentium, and Athlon systems, building some of those systems while doing some hardware reviews and attending Comdex. With the release of the Dreamcast that started his conversion to the console world. Since then he has acquired an NES, SNES, PS2, PS3, PSP, GBA-SP, DS, Xbox, Xbox 360, Gamecube, and Wii. While not playing video games he enjoys bowling, reading, playing board games, listening to music, and watching movies and TV. He originally hails from Wisconsin but is now living in Michigan with his wife and son.
Related Articles: Sword and Sorcery Arcane Portal, Tabletop
Share
Tweet
Share
Submit