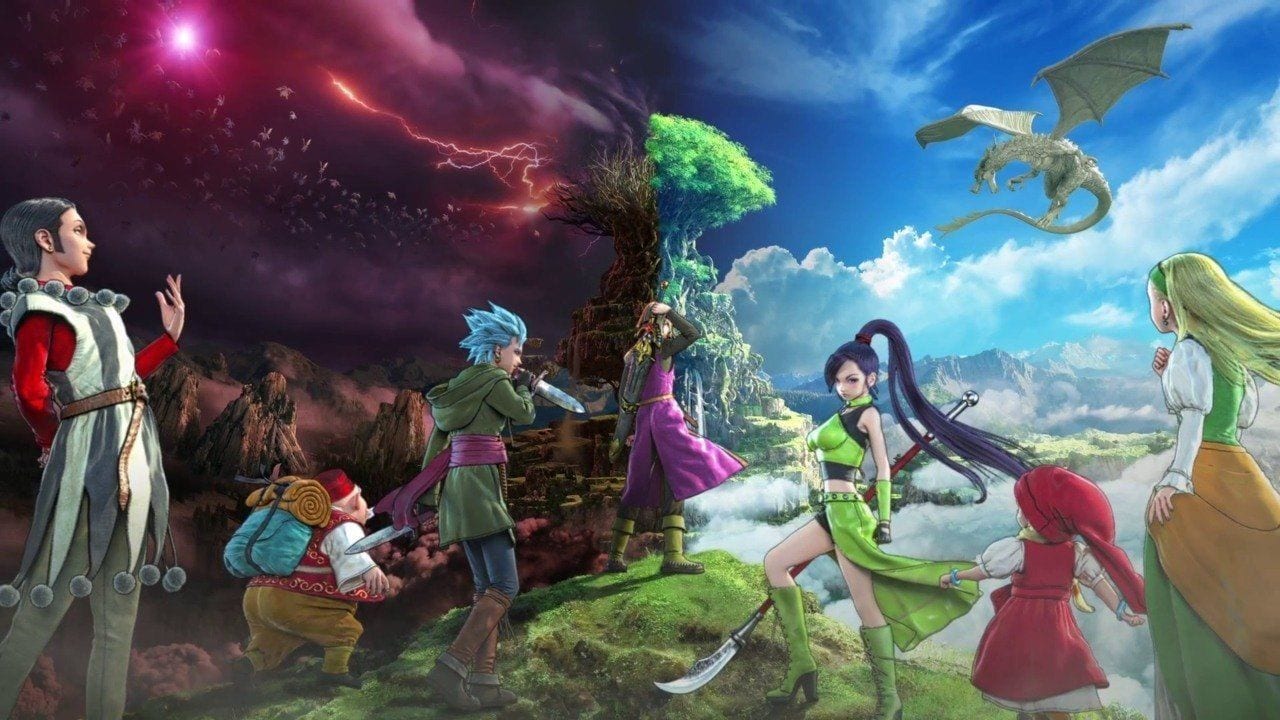 I’m almost ashamed to admit I’ve never played a Dragon Quest game until now. Sure, like many others, I’ve seen my fair share of gameplay videos and read a number of articles on the series but I’ve never actually sat down to play one myself. When the latest in the series Dragon Quest XI S: Echoes of an Elusive Age, originally released (which we also reviewed) I treated it the same way as I did the others, especially as I did not (and still do not) own a Switch. However, things have now changed as after Dragon Quest XI S: Echoes of an Elusive Age – Definitive Edition released last year on the Switch, I, as well as owners of other platforms, now have the chance to jump into the game with the best version available.

Dragon Quest XI S: Echoes of an Elusive Age – Definitive Edition is frankly one of the best JRPGs I’ve played in a long time. Many most likely know of the game’s story, as it’s being released for the third time now, but for those unaware, the game follows the Luminary, a hero with a modest upbringing destined to save the world from an evil threat. Upon learning this destiny as he comes of age, he begins his quest and meets a cast of colorful and interesting characters that join his party along the way. The plot obviously has more to it, especially in this version, which adds some significant depth to the story, such as all-new character side stories and side quests. 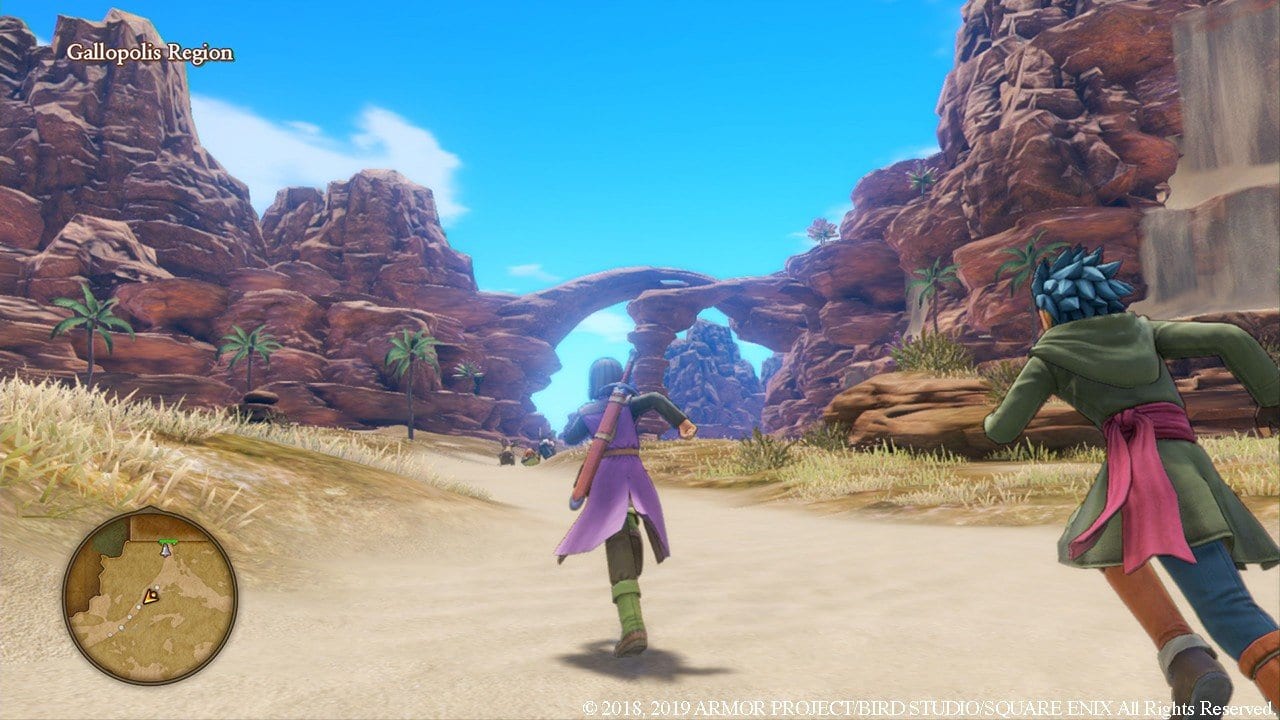 What caught my attention the most upon starting Dragon Quest XI S is how beautiful the game looks. Akira Toriyama’s character designs have never looked this good in 3D. The environments are bright and colorful, and the visuals are crisp and detailed. Not only do the graphics look impeccable, but the Definitive Edition also provides a fully orchestrated soundtrack that adds to the overall experience of the game.

Gameplay-wise, the Dragon Quest series is as JRPG as it gets, which isn’t a surprise as the franchise is one of the genre’s forefathers. The case remains the same for Dragon Quest XI S. Combat is designed to be turn-based, with players having the option to either control their characters along with the other party members or just leave them on their own to follow set instructions in the ‘Tactics’ option.

Each party member can also use basic commands from attacking to using skills and magic. When party members take enough damage, they go into their Pep state, which is a Super Saiyan-like state that increases their stats. When joined with other players in the party in their pep state, players can use Pep Powers, which can either deal massive offensive damage to enemies or cast effective buffs on the whole party. As players level up, they earn skill points that can be used to learn new combat skills. Players can also reallocate these skill points if they happen to mess up for whatever reason. 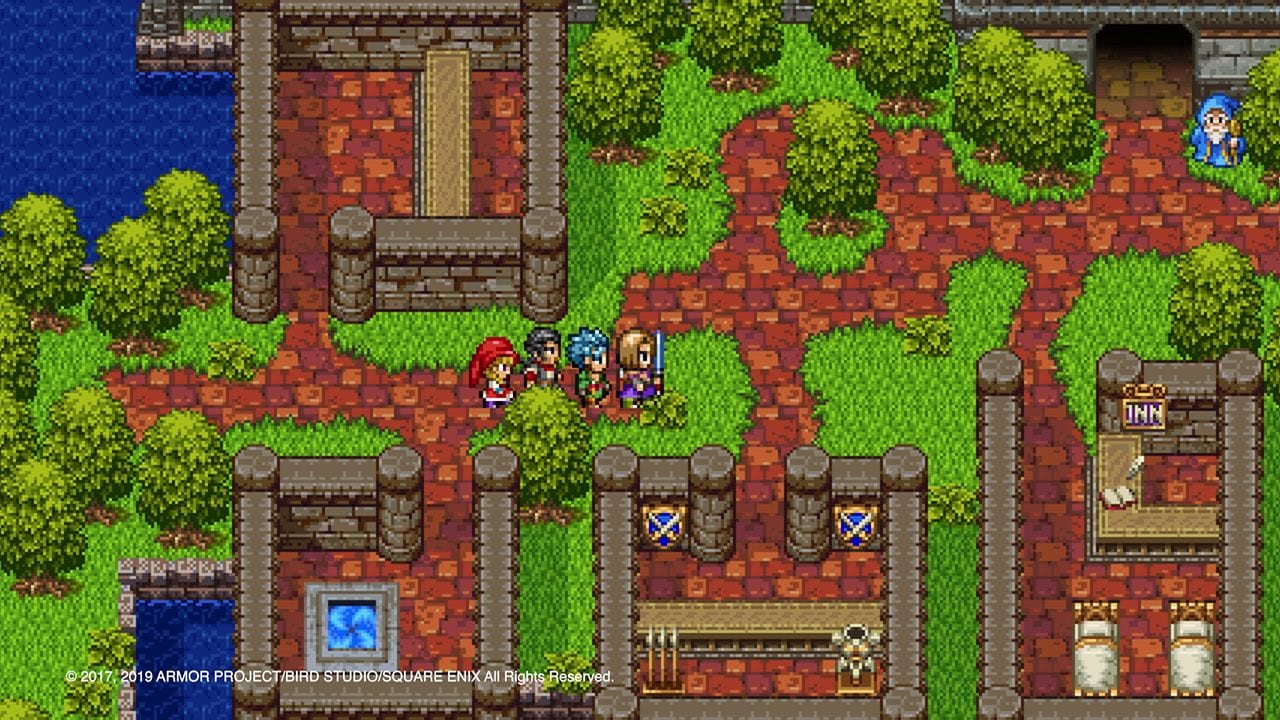 Thankfully this version of the game lets you do this from the get-go in contrast to the original version. Just as with any other JRPG, players will also need to equip different weapons and armor to keep up their stats, most of which can be crafted with the Fun-Size Forge, the game’s engaging crafting system that’s had a few changes of its own in the Definitive Edition. While players aren’t forced to grind to progress the story, they’ll still have to do so occasionally to keep up with some of the more challenging bosses in the game.

Though if you’re one who enjoys a challenge, you’ll definitely enjoy the Draconian Quest mode, which lets players toggle the game’s settings such as making enemies more powerful or receiving zero item drops to make things more difficult for themselves, and I for one had fun with this mode. Overall, while the gameplay is still somewhat devoid of innovation, it is now more fun than ever.

What’s more, new players now have the option to play the all-new Retro 2D mode, which is essentially a 16-bit version of the game similar to the much earlier games in the Dragon Quest series. Playing the game in this mode had its charm, but I can honestly say it is not for me, mainly due to its highly aggravating random enemy encounters that happen with every few steps you take. Other than that, you also obviously cannot change perspective like you would in 3D mode. 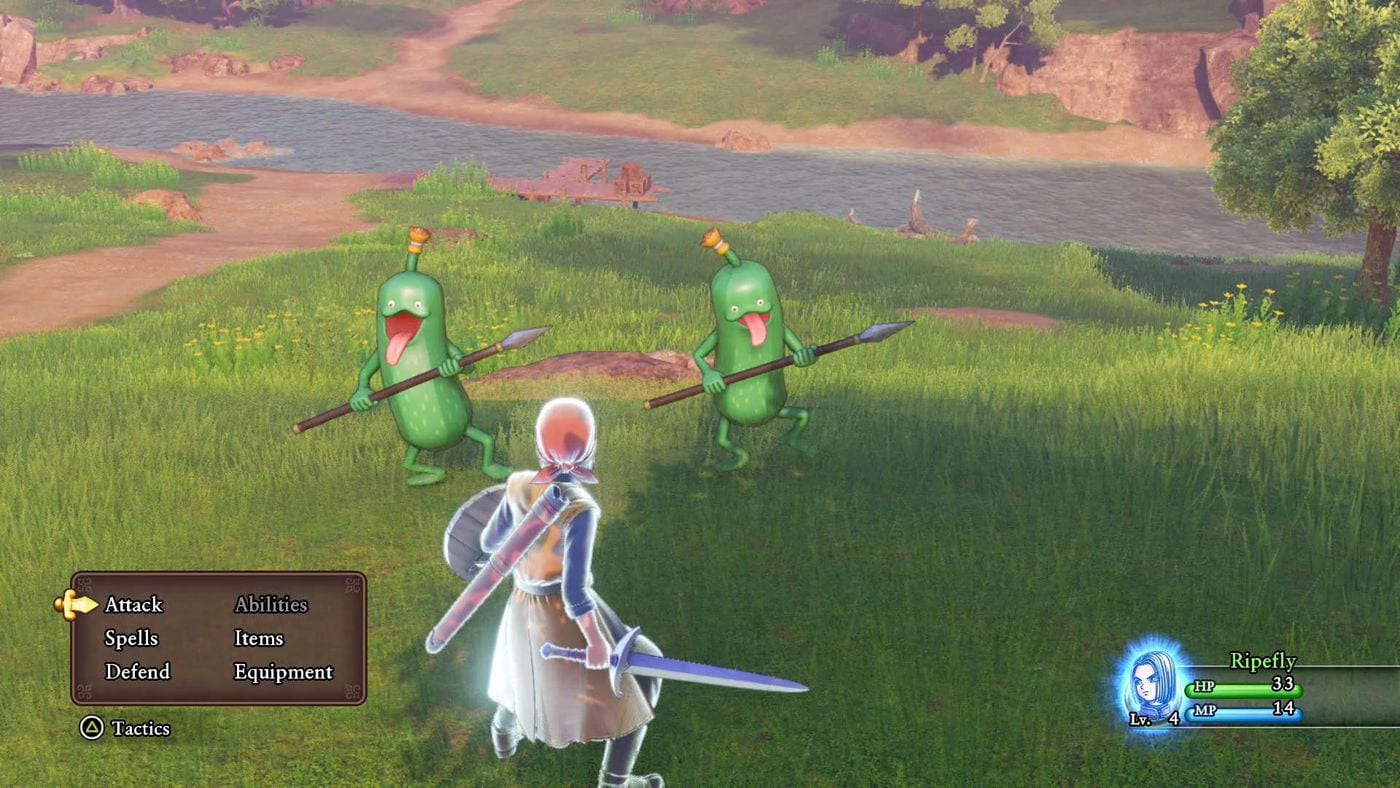 Coupled with the basic 2D mode is the all-new 16-bit World of Tickington, which is basically a side story that lets players visit past worlds in the Dragon Quest series to explore dungeons and complete side quests. The thing is, if you already have an issue with the 2D mode, you won’t enjoy the Tickington quests either. However, while I didn’t enjoy them, the 2D modes are still a warm welcome, especially to hardcore Dragon Quest fans.

Performance-wise, Dragon Quest XI S: Echoes of an Elusive Age – Definitive Edition ran smoothly on my PS4 Pro and I encountered no issues whatsoever during the significant time I spent with it. Enhancing the gameplay experience is the updated soundtrack, which lets players choose between the newly orchestrated version or the original. As a bonus, the game also includes the Dragon Quest VIII Soundtrack alongside outfits as a free DLC pack.

Aside from the few additions mentioned so far, the Definitive Edition also includes all-new Japanese audio, a photo mode, the option to skip cutscenes, new mounts, and more. So those purchasing this version will definitely be getting a bang for their buck. 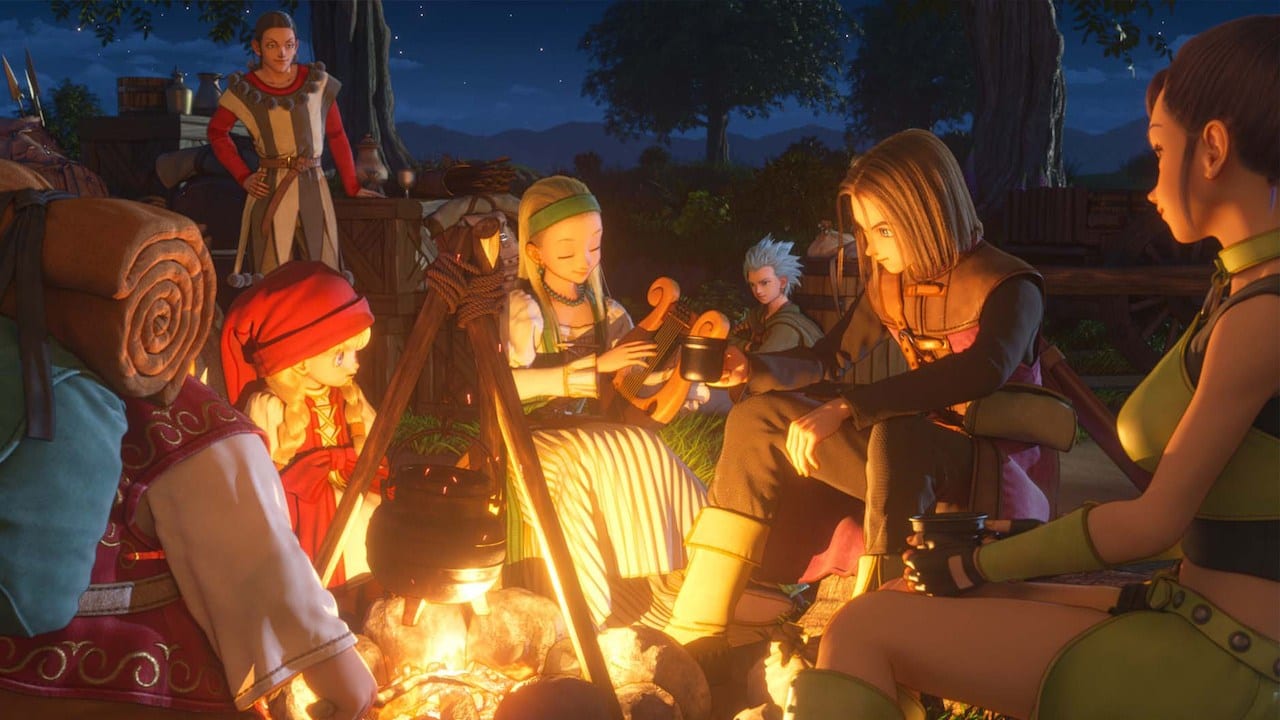 All in all, Dragon Quest XI S: Echoes of an Elusive Age is a highly enjoyable game that screams ‘high quality production.’ Despite its lack of gameplay innovation it still provides a certain level of enjoyment most JRPGs do not, and the Definitive Edition further improves and adds to its existing features. I believe It is a definite must buy for JRPG fans, especially for those who didn’t get to play the original.

Dragon Quest XI S: Echoes of an Elusive Age is a highly enjoyable game that screams 'high quality production.' Despite its lack of gameplay innovation it still provides a certain level of enjoyment most JRPGs do not.

Abdul Saad is an avid gamer and computer geek. He's been writing for four years on news, reviews, previews, and more on multiple gaming sites. When he isn't writing or playing the latest JRPG, he can be found coding games of his own or tinkering with something electrical.
Related Articles: Dragon Quest XI S: Echoes of an Elusive Age - Definitive Edition
Share
Tweet
Share
Submit