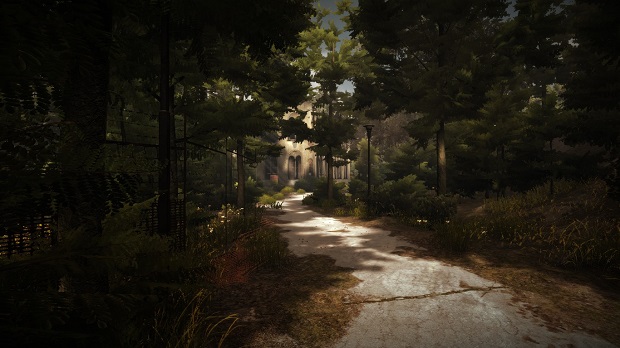 Renee isn’t a criminal; she’s a confused and afraid 16-year-old girl who’s struggled with mental illness from a young age. However, even as recent as the early 20th century, the remedy for mental health issues felt more like a punishment: being locked away in an asylum.

The Town of Light is the story of Renee, a young woman taken away from her home in 1938 after disrupting the peace with behavior caused by her mental illness, likely schizophrenia. Though the characters in this game are fictional, the asylum you visit is based on a real psychiatric hospital in Tuscany called Volterra. Its doors were shuttered in 1978 because its practices were declared too cruel.

One thing I appreciated about this game right away is its historical accuracy. Unlike other titles set in asylums, there are no jump-scares or crazed enemies lurking around. It isn’t over-the-top insanity like Outlast. It’s the reality of vulnerable women suffering abuse at the hands of people who are supposed to help, but don’t know how. That, in itself, is horrifying.

Renee’s schizophrenia brings pervasive fear, conjures up hallucinations, and makes her see a blinding light even when she closes her eyes. The game hints at numerous factors that could have influenced her mental illness, such as molestation at a young age, an absent father, and a complicated relationship with her mother. Through her childhood trauma, she finds comfort in a doll her mom gave her, Charlotte. Initially she was paranoid that the doll would kill her, but she learned to trust it and it became a friend, through which she could communicate to the world.

Because of her past, as with many victims of assault, sexuality becomes her outlet to understanding the world, for better or for worse. Her patient notes relate that she masturbates constantly, and one of the male doctors takes advantage of her while she’s bathing. She also develops a close friendship with a fellow female patient, Amara, that she says was sexual in nature.

Though it is split up into chapters, you’ll learn that there are three different methods of storytelling in The Town of Light. Most of the game is walking through the asylum in 2016, taking in its present condition and trying to piece together events that occurred. At times your vision gets gray and hazy, and you begin to relive old memories. Others, you’re treated to brief illustrated flashbacks that offer a glimpse into Renee’s world.

I personally loved this narrative mixture. Gameplay never grew stale, as strictly exploring an asylum that’s falling apart might’ve gotten old, and the surreal nature of the memory sequences was really engaging. It also made for some tense moments.

As you might imagine, Renee is an unreliable narrator. She’s prone to referring to herself in the third person, and many details become murky as she starts to confuse the past and the present. One of the themes of this game you quickly learn is there are two version of reality: Renee’s own retelling and her patient notes, with the truth hovering somewhere in between. She has her shortcomings and biases, and her doctors have their own corruption to cover up, so it’s hard to know what really happened, but I liked the lack of clarity.

I also found it interesting that your choices do have some weight in the game. As soon as you hit chapter five, you’re given the chance to respond to some of the patient notes you read. While the options you pick affect how much information you uncover about Renee’s past and how she reacts, they don’t change the ending.

This is displayed by the ability to unlock different portions of chapters. Once you reach chapter five, the menu and achievements both show that the following chapters are divided into sections. The attitude you choose for Renee, whether it’s angry or hopeful, means a lot. For instance, I played through several chapters in a row, then came back later to finish the rest. When I restarted a chapter, one file I was previously able to read couldn’t be opened up and the other file didn’t appear at all!

An excellent addition to The Town of Light is Renee’s diary, included after the game was released. It’s available through the main menu, so you can browse at your leisure. Her journal is a lengthy text, complete with dark, beautiful drawings, that fills in a few gaps the fragmented in-game storytelling may have left. It’s nice to have the diary to provide some context, even though you can understand the narrative well enough without it.

As much as I loved this game, I do have a couple of gripes with it. In some parts, the gameplay didn’t feel all that intuitive. I was left wandering aimlessly, confused as to what I should do, until I stumbled upon the next narration trigger. The load times in The Town of Light can also be very long, particularly when first booting up the game. There were a few moments where it was enough to deter me from playing, because I didn’t want to deal with the hassle.

However, the atmosphere and story more than make up for these shortcomings. The graphics and sound design come together to create a gorgeous, immersive environment. Sometimes I didn’t even mind getting lost because the scenery was intriguing to look at.

Renee’s story is impeccable and heartbreaking. Even though she’s acted out, made mistakes, and is generally unstable, you can’t help but feel for her as the threads all come together. You hope beyond hope that somehow she will have a happy ending; but again, the conclusion is realistic for the time period, and there’s nothing you can do to alter it. You just have to sit back and absorb everything as the credits roll.

The Town of Light made me wonderfully sad, completely consuming my attention whenever I played. With its haunting story and unchangeable ending, I know it is one of those games that will stick with me.

The Town of Light

The Town of Light is a thoughtfully written, painstakingly designed walking simulator set in an early 20th century asylum. Though load times and sections that are less than intuitive cause frustration, they do not dissuade my recommendation. You’ll quickly become caught up in the story of Renee, a young girl whose circumstances were depressingly real for many women during that time.

Sarah Marchant is an office admin for a nerdy t-shirt company. She has a soft spot for indie games, a passion for story-driven titles, and a weakness for cooking games and anything with zombies.
Related Articles: The Town of Light
Share
Tweet
Share
Submit