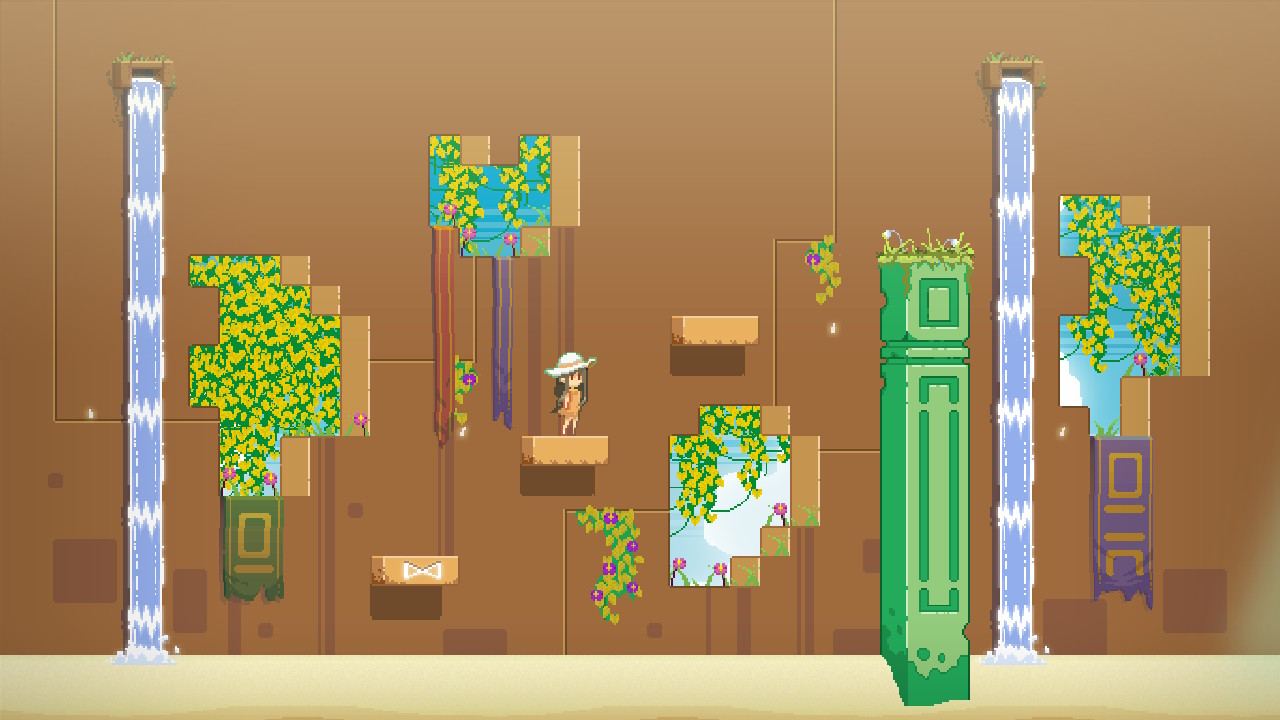 Puzzle games are great relaxing experiences, and I love curling up with my Switch on a rainy night to solve some brain teasers. Thanks to a successful Kickstarter last year, Evan’s Remains has now hit consoles and PC, and it’s a great experience for those who want something short and sweet to spend a night in. 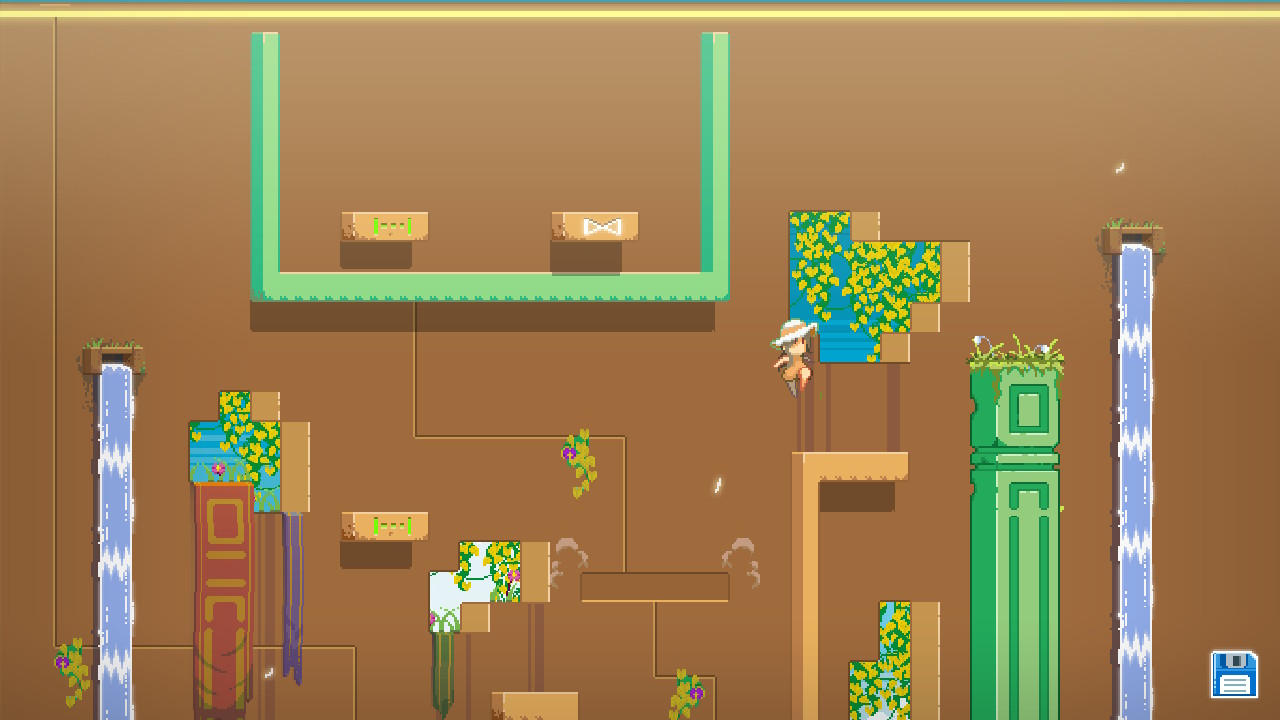 Evan’s Remains puts you in the role of Dysis, a young girl looking for a man named Evan on a mysterious island. Early in her journey, she meets the aloof figure Clover, who’s also on this island in order to find a strange artifact that is rumored to grant eternal life. The two reluctantly work together in order to get what they both want, but it’s clear as the game goes on that everything is not what it seems.

As a mix of puzzle solving and visual novel gameplay, the game will alternate between the two modes as you navigate your way through dozens of monoliths, small block puzzles that make up the former style’s mechanics. Each block can only be stepped or jumped on once before disappearing; however, there are switches within a monolith that can reverse the polarity of these blocks (so blocks that aren’t tangible will reappear, and vice versa). There are also some blocks that you can use to teleport to others, and even spring-based ones that will act as a trampoline if you jump high enough. You’ll have to use your noggin to solve these puzzles. While later monoliths can get a bit tricky, the game remains at a steady pace in terms of introducing new mechanics and roadblocks that you’ll need to overcome.

Oddly enough, while it takes a ton of inspiration from 2D platformers, Evan’s Remains isn’t a puzzle game that requires quick twitch reflexes. Each move can be completed in a leisurely manner, and that means you’ll have time to think about your next moves. In addition, there’s no fail state or way to die, so the only thing that might stop you from progressing is your patience. If you want to get straight to the story, there’s also an option to skip the current monolith you’re on and move onto the next story segment. Additionally, you can also skip dialogue and head to the next monolith if all you care about is solving puzzles. While I didn’t use these features, I appreciate that this option is there for players who might get stumped on a puzzle with no other way to advance. That said, it would’ve been cool to have a puzzle select feature to practice or replay different puzzles without playing the game again. 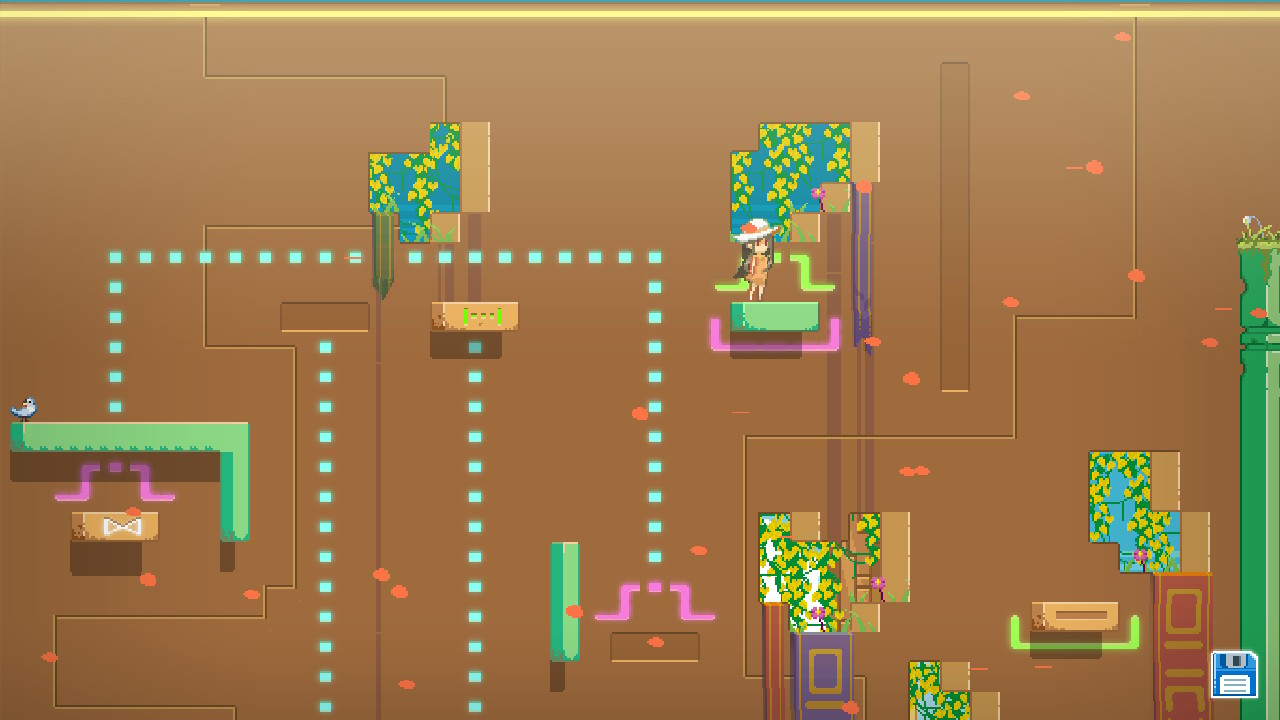 If there’s something that could be different, it’s the fact that the puzzle mechanics aren’t used more. The game is over in about a couple hours (though it’s really based on how fast you solve the monoliths), and I feel like adding just a few more puzzles (or extra hard bonus ones), could have been a nice treat to entice players to come back to the game. As it stands, once you beat the game once, there isn’t much incentive to return to the game. The story has a great twist near the end which justifies the actions all the characters take within the narrative; it puts all the relationships of the cast in question, and I was amused at how good the ending handled the story. Unfortunately, due to how the game handled the ending, it feels like I can’t go back to the game and replay it for a while, especially with a lack of level select feature. 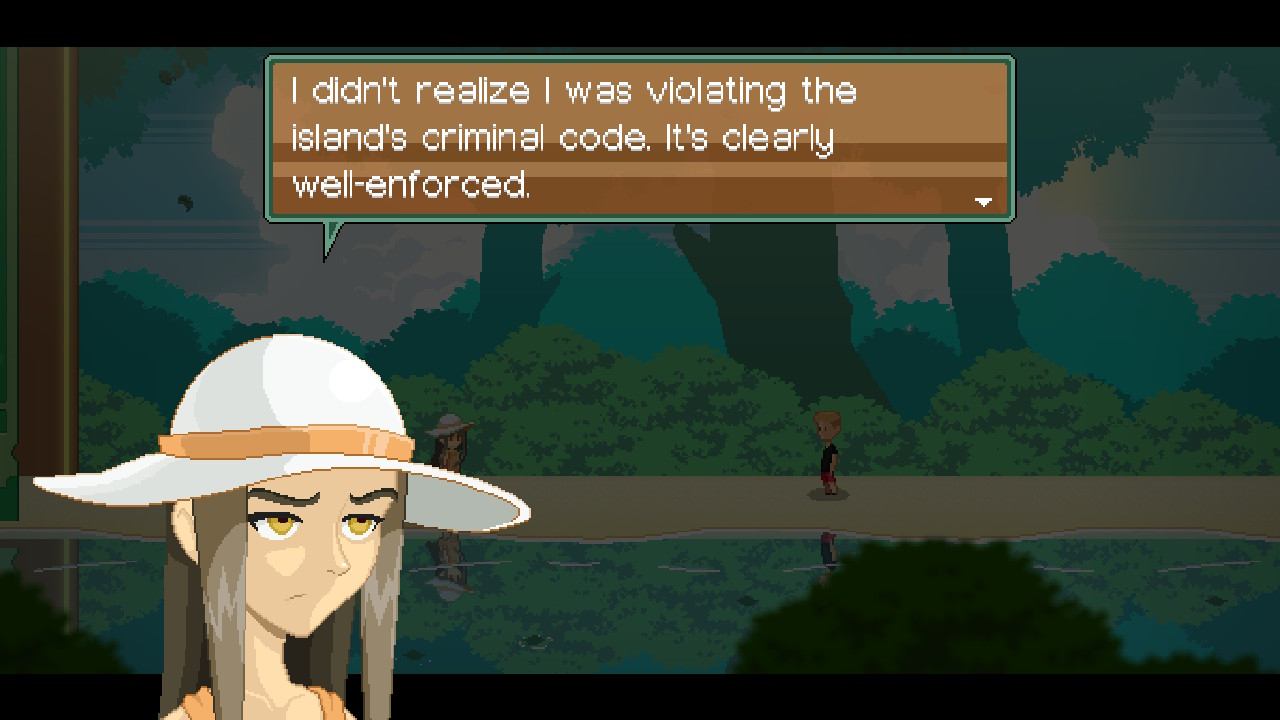 Editor’s Note: I was intrigued at this game from the beginning, and so I backed the title at the $7 basic tier; this review is based on the retail Switch build. I was not involved in any creative decisions made with the game itself. My Kickstarter pledge has no effect on the score presented. 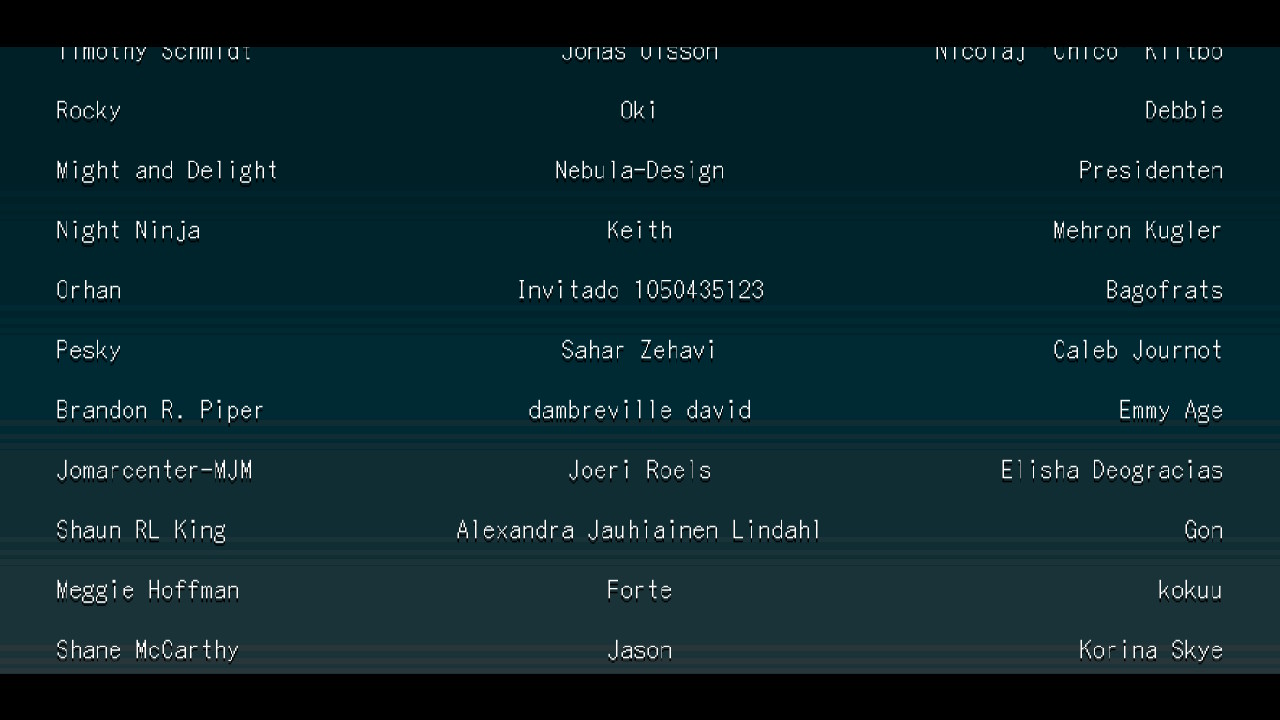 While it’s over a bit too soon, Evan’s Remains is a delightful little puzzle game. Its story builds up to some great lengths, and the puzzles are innovative and fun to solve.

Elisha Deogracias is an aspiring accountant by day, freelance writer by night. Before writing for Gaming Trend, he had a small gig on the now defunct Examiner. When not being a third wheel with his best friends on dates or yearning for some closure on Pushing Daisies, he's busy catching up on shonen manga and wacky rhythm games. Mains R.O.B. in Smash. Still doesn't know if he's a kid or a squid.
Related Articles: Evan's Remains, Indies
Share
Tweet
Share
Submit