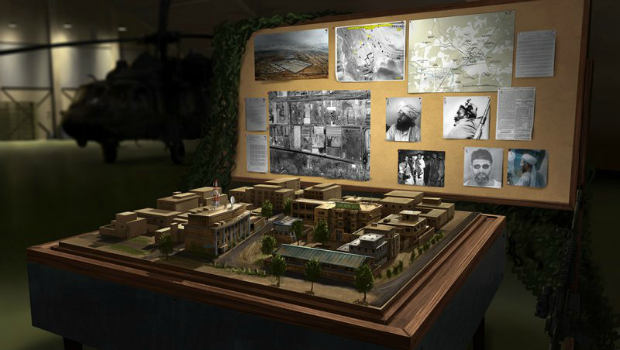 War may never change, but strategy most certainly does.  For members of the world’s elite Special Operations, you’ve only got one shot to get in, kill, and get back out again.  While real-world soldiers only have that one shot, we video gaming fare are given a few more chances to get things right in Breach and Clear, a port of the popular iOS close-quarters combat simulator for the PlayStation Vita.  Breach and Clear gives gamers a taste of slow-moving, steady close-quarter combat situations through strategic gameplay and excellent execution of level design and enemy placement.

Breach and Clear sets you in charge of a four-man elite special ops team tasked with various close-quarter missions of sweeping and killing, bomb defusal, and self-extraction.  You choose a unit type, such as the Army Special Forces, the Navy Seals, or the Spetznaz, and each one gives you a special bump in an ability such as accuracy, speed, or health.  The game then has you create avatars and names for your four special ops soldiers, and the soldiers are outfitted with a vest, gun, and some clothing.  Earning money will allow you to purchase add-ons and new equipment for your soldier and his weapon.

Squads are teams of four, made up of six different job types.  Each of these breakdown a lot like typical RPG classes.  There is a “Fireteam Leader” who absorbs aggro and damage like a tank, and a “Weapons Sergeant” who is very powerful with a gun but less damage insulated, much like a fighter, paladin, or warrior class.  You have the choice of a healer in the form of the “Medic” and a rouge in the form of “Intelligence”, as well as a few more military-focused classes with the explosives-minded “breacher” and the rapid shooting “Direct Action” jobs.  Each class has a starting perk, and gains a new special ability every 5 levels.

The gameplay of Breach and Clear is a stripped down, bare-bones mirror of a strategic RPG.  Gone is the elements of story, dialogue, a world map, and other more traditional RPG qualities.  Breach and Clear, in good standing with a militaristic standard, is completely absent of anything that isn’t constructive for battle or a battle itself.  You are given menus where you can buy and sell items, modify your character’s look and weaponry, and choose between squads.  Outside of that, there is no other function of the game but battle.

Battle, though, is the whole reason we are here, and Breach and Clear does an excellent job of executing this vital function.  You are given anywhere from 1-4 choices for a starting point.  You are able to see the physical qualities of the structure you are entering, such as doors, desks, tables, and other items within.  You cannot see enemy placement unless they are directly visible from your vantage point, or by the merits of special intelligence provided by one of your team members.

The object of the game, depending on game mode, is almost always kill until there isn’t much killing left to do.  In bomb defusal, you’re tasked with finding and deactivating a bomb as terrorists close on your location, and in the Escape Plan game mode, you are located within the building and must get out.  The main game mode, and the one that is best designed and implemented is standard sweep-and-kill missions where you locate and eliminate every enemy on the map.

The game has a pretty nice design throughout.  The levels are excellently designed in terms of flow and playability, and also have a good look and feel in terms of graphics.  The menus all look fine, the character design is acceptable and allows for customization, and the weapons themselves are customizable with special functions and color choices.

The only real drag of the game is in the menus themselves.  Navigating them can be a real chore, as the menus tend to lag, and are stacked within themselves poorly.  The problem is light, but it takes more getting used to than the rest of the game, a true flaw hidden in an otherwise solid game.  While Breach and Clear doesn’t really boast some special, amazing feature or function that makes the game great, it doesn’t really suffer from any issues either.  It plays very smooth and steady, with little problems or mishaps.

Patrick Rost has been with Gaming Trend since 2013. At first focused on sports coverage, Patrick has gone on to cover a wide range of games and other products for the website. Outside of Gaming Trend, Patrick writes and records music, grinds perpetually in Elder Scrolls Online (PS4), and lives day to day with his two dogs, Bob and Stella.
Related Articles: Breach and Clear
Share
Tweet
Share
Submit