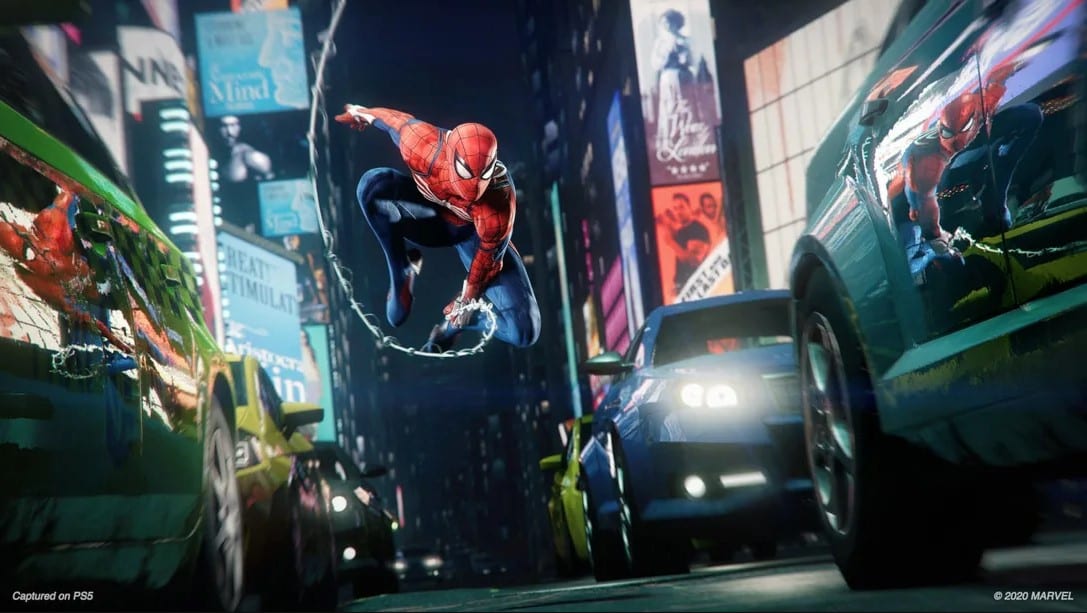 Spider-Man has been the absolute staple of my childhood. I grew up very sheltered (for the better!) and some of my first experiences with superheroes was finding a volume of Spider-Man comics. So it makes sense that as soon as I saw the trailer for Marvel’s Spider-Man while sitting in a theater during a Sony E3 presentation I was bursting with excitement. One of my favorite studios, Insomniac Games, was making a game about one of my favorite superheroes. The best part is it was everything it was promised to be, and I played the heck out of it until I got that sweet platinum trophy.

When Spider-Man Miles Morales was announced we all wondered the same thing: where is Marvel’s Spider-Man in all this? We had every right to ask, given the game was being shown off in closed doors meetings to show the speed of the PS5. What we didn’t expect was that Insomniac was taking the time to rework our Spectacular Spider-Man, and give us a newer, shinier version of the game in the same way Otto Octavius gave Peter a newer, shinier suit in the storyline.

So let’s start with addressing the elephant in the room, Peter’s new face. For those who don’t know, Insomniac made the decision to change the face model for Peter Parker to someone with a closer face profile to voice-over and motion capture actor Yuri Lowenthal. As you’ll see in our side by side videos, it can be a bit jarring. But for all the hubbub over the switch, it becomes very natural as you progress through the game again, and it won’t bother you in general if you’ve never played the game before. In all honesty it’s not worth your time to be upset by this, especially given Insomniac is doing this to take as much advantage of the abilities the PlayStation 5 has to offer as possible.

Now, back to the game. If you haven’t played Marvel’s Spider-Man, then I’m honestly jealous this is your first experience. This is the arguably the best Spider-Man game ever made, and Remastered is the best way to enjoy it. Everything from the original title is here, with a meaty twenty hour story and a bunch of side missions to boot. There isn’t really anything new besides a few suits and trophies, which are cool, but I guess it would be a lot to expect given this game is a remaster and we technically got more of it in Spider-Man Miles Morales.

You may wonder, how can a two year old game be remastered and really look all that much better? Well, I’m here to tell you somehow the wizards at Insomniac have pushed Marvel’s Spider-Man even further and made a 2018 GOTY contender feel like it belongs on PlayStation 5. There are plenty of games right now that perform better or look good on PS5, like God Of War or Days Gone, but Marvel’s Spider-Man Remastered puts them to shame and proves worthy of your additional investment. I have the platinum trophy for PS4, so I put a lot of time into the original, and I can definitely see massive improvements to the game.

First off, the fidelity mode. While some prefer to play at the highest frame rate possible, the addition of ray-tracing in 4k makes this mode a sight to behold. Marvel’s Spider-Man already looked good, but the lighting, shadows, and reflections are so realistic to behold on PlayStation 5. You could honestly swing around the city for hours more just looking at the different buildings to see the way the ray-tracing works, and I have been. Every picture we’ve seen of this looks nearly as good as advertised, and with other improvements like draw distance and the increase of people and cars on the street add even more to the hustle and bustle of New York City.

That isn’t to say you shouldn’t play in performance mode. Honestly I have a hard time choosing as they both run so well. Performance mode takes the frame rate and levels it up to a solid 60fps, and boy is it buttery smooth. I didn’t notice any bad drops as I swung around the city or in the big set piece moments, and yet again it’s a testament to the developers at Insomniac. The other improvements like the draw distance and populace are there, and it doesn’t faze the PS5 whatsoever. The only sad thing is the loss of the pretty traced rays and a drop in resolution, but anyone preferring this mode won’t care in the slightest. 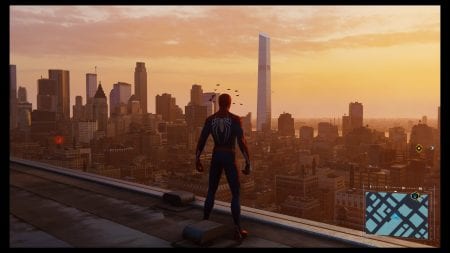 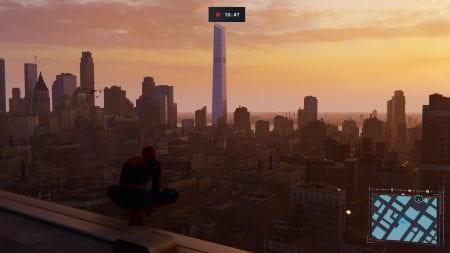 PS5, although you really must play it to see the difference

One of the other post-launch additions that I want to thank Insomniac for is importing saves. I played the heck out of Marvel’s Spider-Man, and while I’m willing to do it again, it’s a sad feeling to watch your previous trophy progress evaporate. Kudos to them for hunkering down and finding a solution, even if it is a bit unorthodox. The only bad thing is that you will have to have the game on PS4, boot up the game, and upload your save through their servers one at a time. It’s a solution, and even though it’s inelegant I’m happy to have it. My heart was definitely happy as I heard those trophies ding.

The only thing I’m disappointed with in the Remaster is the way of obtaining it. Marvel’s Spider-Man Remaster is only available if you purchase Spider-Man Miles Morales on PS4 or PS5 and pay a $20 upgrade fee, or purchasing the Ultimate Edition for PS5. While after playing I understand the asking price, I don’t get why it can’t be sold separately. Are there plans to do it eventually at maybe $29.99? Maybe as a PlayStation Plus exclusive? Whatever it may be, I really hope they make it available to the masses. Everyone deserves to be able to play this remaster without having to jump through hoops to do so.

Marvel’s Spider-Man Remastered is the definitive way to play the game, whether you’ve played the original or not, and it’s so good you should play it again. The 4k, ray-traced fidelity mode is stunning, and the performance mode is smoother than Patrick Swayze. While I don’t like the paywall the game is behind, it is well worth the expense to play this game for the first time, or over again.

David Burdette is a gamer/writer/content creator from TN and Lead Editor for Gaming Trend. He loves Playstation, Star Wars, Marvel, and many other fandoms. He also plays way too much Call Of Duty. You can chat with him on Twitter @SplitEnd89.
Related Articles: Marvel’s Spider-Man Remastered
Share
Tweet
Share
Submit