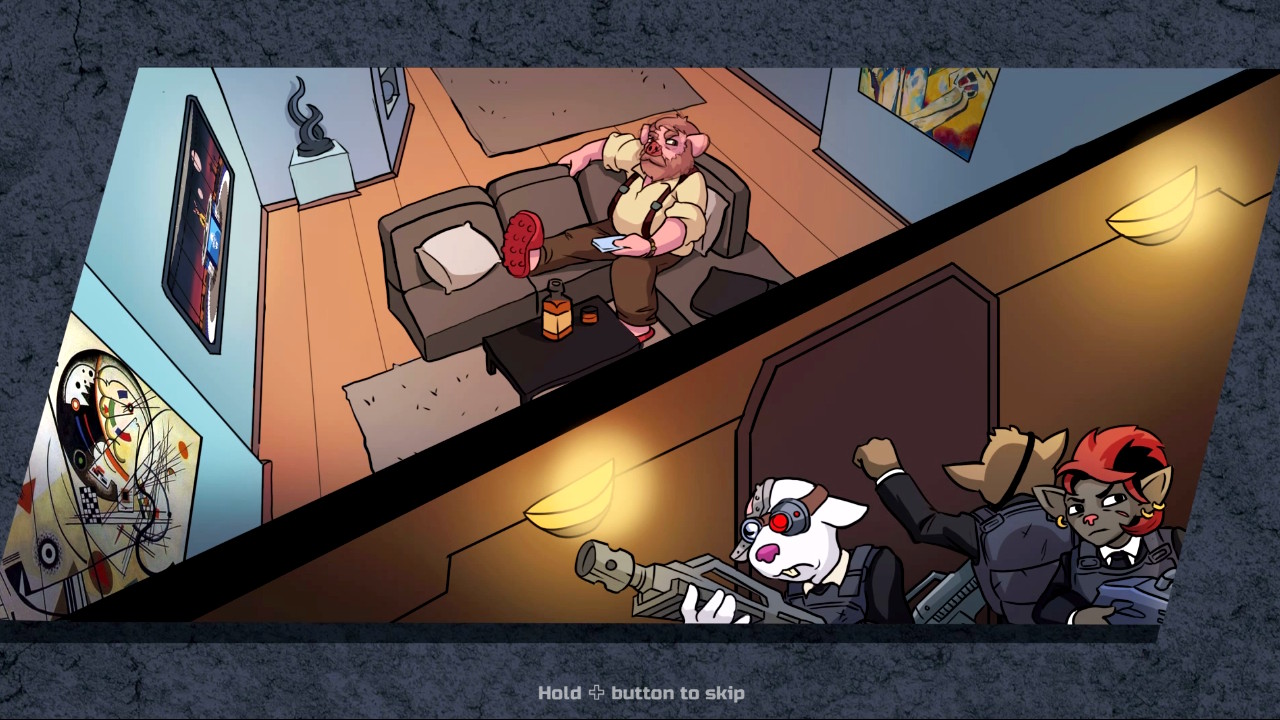 If Raging Loop brought back my college memories of Mafia, Save Koch is making me recollect my memories of a social deduction game called The Resistance. Everyone, led by a leader, needs to complete in-game missions, but there are some that want to fail in order to lead the rebellion astray; the leader has to try and determine who’s on which side (and even the leader can be siding with the other team). In a sense, Save Koch has this delightfully intriguing premise of trying to find a mole in his posse, though unfortunately, a number of shortcomings make this game a tedious slog at times. 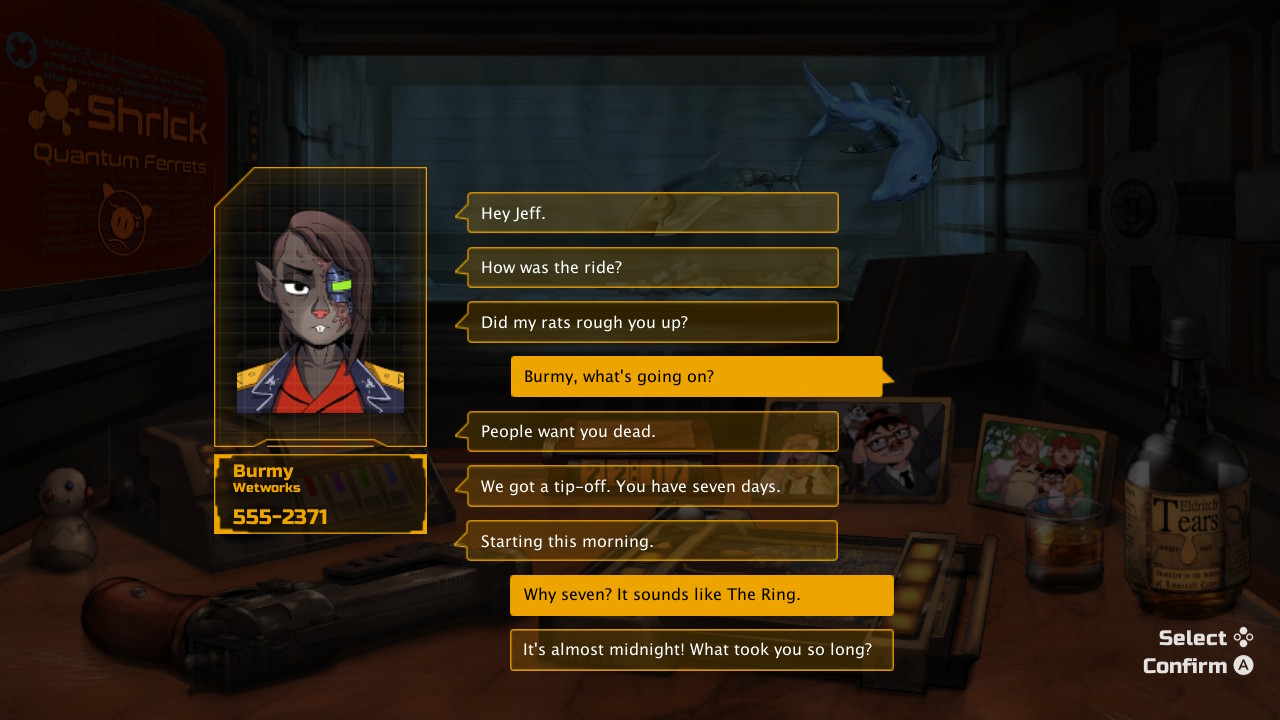 Jeffrey Koch has had a bad day. If it wasn’t enough that he was notified of a mole in his ranks, it seems that everyone wants the Metzgerei gang godfather dead. With only seven days stashed in a safe house from his friend Bumercia (otherwise known as Burmy), you are tasked with ordering her and three other associates to investigate, negotiate, and torture the residents of New Kandinski in order to save your bacon. The game is animated in a comic-book style ala Sly Cooper or My Hero One’s Justice, and the fully voiced intro paves the way for something cool.

Alas, that feeling passes as you get into the weeds of the main gameplay loop. Thanks to Burmy’s quick action, you’re safe in a bunker for a whole week. A mob boss’s job is never done, however, as you still have to lead your associates to find who is the mole among you. At the beginning of the game you select three other associates, each with their own specialty, as well as Burmy in order to explore the city of New Kandinski. By responding to prompts and clues that pop up periodically, you can assign one of your associates to investigate; after a while, the game determines whether the encounter was successful or not. By succeeding in these missions, your associates can gain clues and even new contacts or leads which will update your Schrick board; this is your encyclopedia of events that have occurred and member relationships to each other. 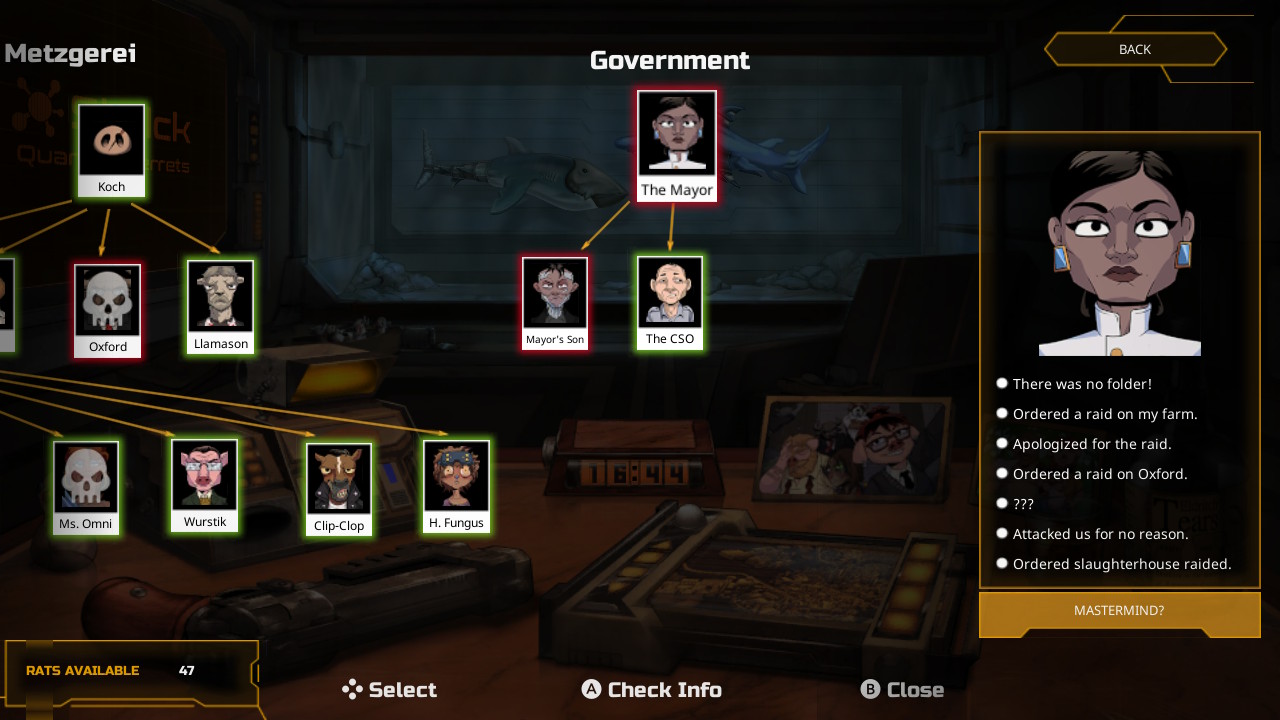 While the main gameplay loop and events remain the same, the objectives don’t. Due to the random roguelike nature of the game, one of your current associates can also be the mole, with another higher-up being the mastermind. Throughout your playthrough, you’ll have to accumulate as many clues as possible in order to find out who’s the mole in your group. Unfortunately, this also means it can be one of your playable crew, but thankfully Burmy will summon some rat foot soldiers to replace them if that’s the case (though this also happens if an associate dies, more on that later).

It’s interesting to try and determine who’s the mole based on their performance. On one run, I noticed that my fellow Clip-Clop was failing most every mission I assigned him, even the ones that he should have been able to pass due to his specialty as a thief. I ended up axing him on the board, which did cause a little relief, but unfortunately my demise was settled as I pissed off the Mayor and she ended up using a government unit to find my room and kill me. The writing is well done, and captures the essence of a film noir, complete with an unlikable bunch of cohorts and some snappy dialogue. It’s a shame that none of the in-game dialogue was voiced; it’s a missed opportunity to complement the writing.

It’s easy to die or otherwise have a bad ending. In fact, it’s frustrating to a point of dissatisfaction. Due to the way the game works, you can never go back to a previous decision point; all that exist are suspend points. A full playthrough can last around an hour, though you can cut it short thanks to multiple decisions. Protip: Don’t touch that handgun on your desk too many times, or you will kill yourself. Let’s just say I learned that the hard way. The problem with these difficult decisions is that it’s extremely easy to back yourself into a corner and lose almost instantly. Some choices will be insta-kills for certain associates, but you won’t know that until you select it. As there’s no checkpoint system, you’ll have to repeat the game all over again if you want a chance at replaying that scenario (and even then, your associate could be the mole in that instance, so prepare for more pain). It doesn’t help that the UI is cluttered and unresponsive, and while playing on a touchscreen is a much better option, it was unfortunate that I didn’t realize which mission I wanted to select sometimes. 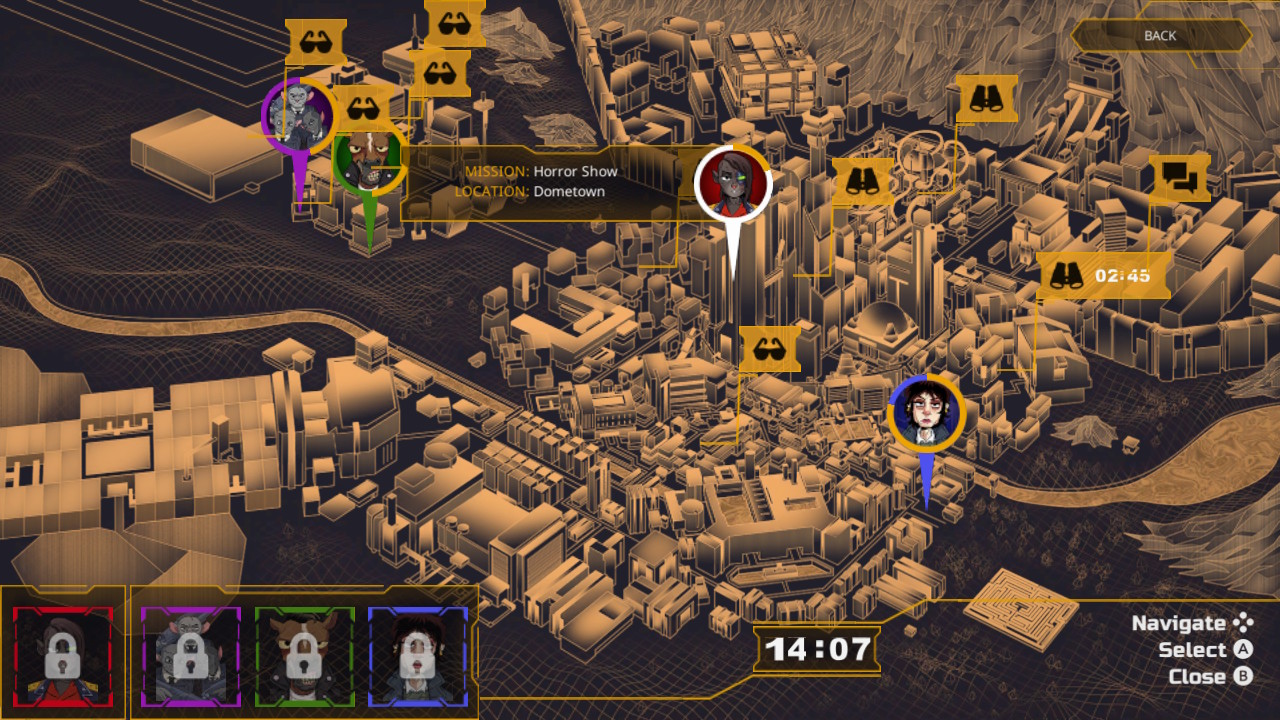 The biggest issue that Save Koch has in terms of playability is the fact that this is all done in real-time. While this does pressure the player into making quick decisions, this also means that there’ll be times where minutes go by before you do anything. Your associates will take their merry time with missions, all the while you fiddle with the phone or check the Schrick board. This is just fine in a first playthrough, as you’re thrust into the situation with nary a tutorial, but afterwards it makes for added monotony. The lack of a dedicated tutorial itself other than some introductory screens also creates a confusing mess when you need to get right to it. Heck, I didn’t even realize you needed to contact Fungus the hacker in order to use the Schrick board the first time until the second day. Luckily, that was also my playthrough where I found out how easy it was to lose thanks to self-inflicted headshot wounds. 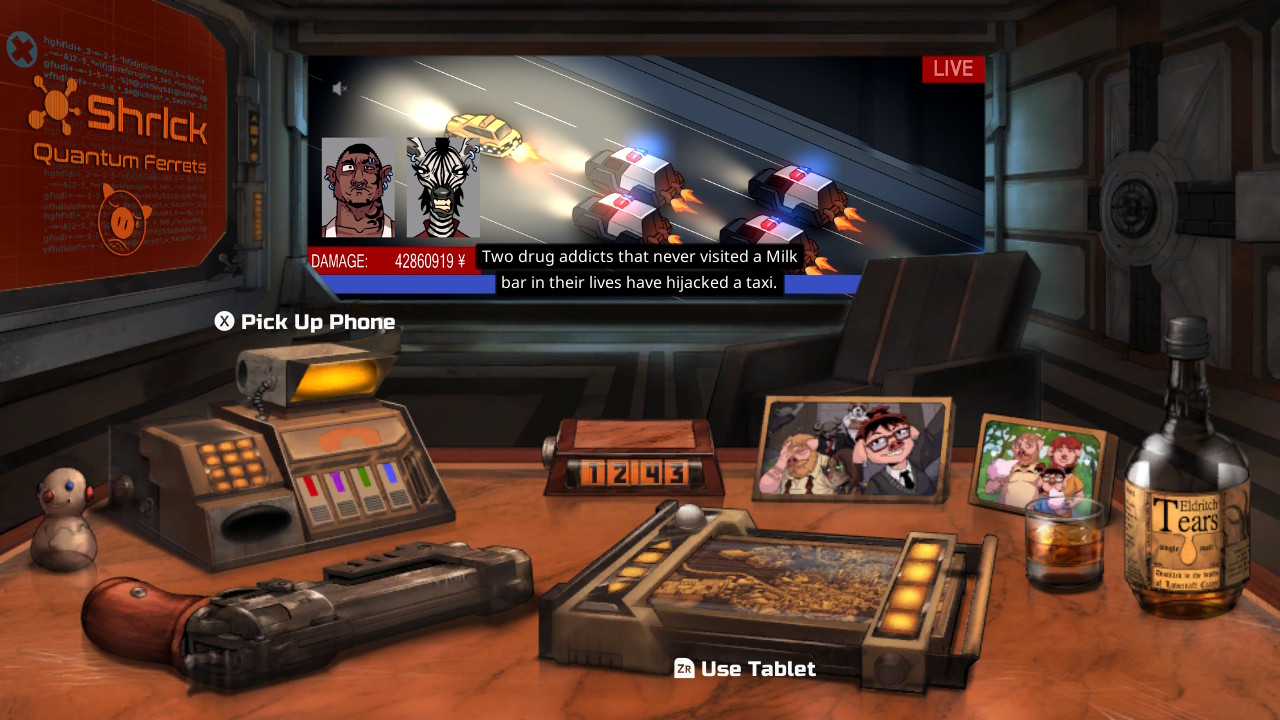 Making another comparison to The Resistance, part of the brilliance of that social deduction was the social meeting aspect, where you could spend a few minutes talking amongst each other while deciding who to take on missions. Here, you don’t get the chance to do that as everything causes time to move forward. This is a bad design choice, as it made me not care about some information altogether. There’s so much to process with such little time; I would have appreciated a different time flow, like if time automatically moved when all your associates were out on missions or if time stopped when you checked the board for notes.

While it has a nice premise and ambitious goals with its social deduction, several frustrating problems drag down Save Koch.

Elisha Deogracias is an aspiring accountant by day, freelance writer by night. Before writing for Gaming Trend, he had a small gig on the now defunct Examiner. When not being a third wheel with his best friends on dates or yearning for some closure on Pushing Daisies, he's busy catching up on shonen manga and wacky rhythm games. Mains R.O.B. in Smash. Still doesn't know if he's a kid or a squid.
Related Articles: Indies, Save Koch
Share
Tweet
Share
Submit